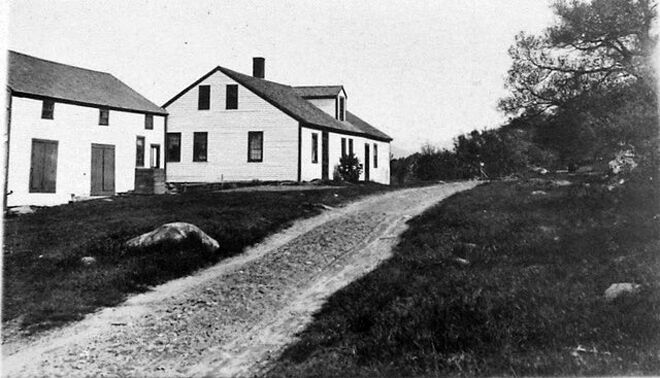 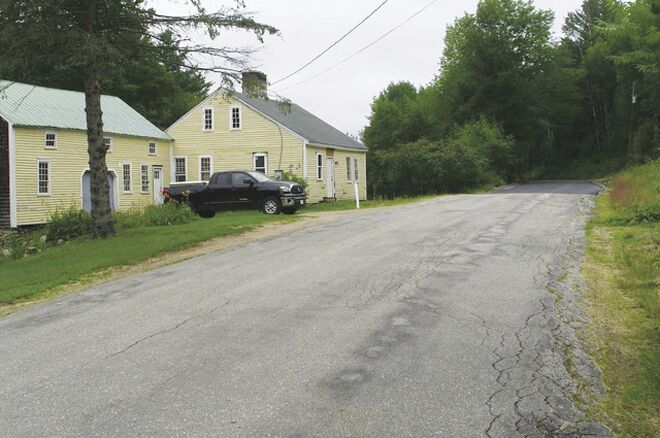 In the late 1840s, John Hatch decided to give up his farm in Chocorua and move to a new one in Bartlett.

He bought a homestead just below Benjamin Pitman’s place on the eastern slope of what was then known as Thorn Mountain, moving with his wife and two sons into a house that may have been built by the previous owner, Noah Sinclair. It would remain in the Hatch family for more than a century.

Thorn Mountain Road was little more than a trail, which may have made the farm a bargain. Hatch and his sons, Ivory and Lorenzo, found Ben Pitman an accommodating neighbor, as neighbors often are in isolated communities, and he let them use part of his pasture until they cleared their own.

After John’s death, in 1860, Lorenzo bought his older brother out and continued to farm the place until he died, in 1885, leaving his wife Amanda with two boys under the age of 12.

Amanda managed alone until the boys could take over. In 1898, the brothers — Ernest and Charles — divided the farm between them. Charles was married around 1901, and Ernest a couple of years later, which would explain the two front doors on the early 1900s photo here. The door to the right appears to enter an apartment that was added to the farmhouse, beyond the dormer. They lived there with their wives and mother until at least 1910, after which Charles moved his family to Conway.

Ernest and his wife, the former Jessie Littlefield, stayed on, keeping Amanda Hatch with them until her death, at the age of 94, in 1928. Someone photographed their house in the first decade of the 20th century and had it printed as a postcard, on the back of which is the penciled note “Jessie’s house, Thorn Hill Road.” Even then, after the mountain had been nominally reduced to a hill, the road would have been intimidating in an automobile; the pockmarked center of the roadway indicates that horse-drawn vehicles were still the preferred means of travel.

Jessie Hatch remained in her house most of the time, venturing out only for occasional visits with neighbors. Except for infrequent references to her as “Mrs. Ernest Hatch,” in reference to visits recorded by neighborhood gossip columnists, her name did not appear in the local paper until after her death, late in 1945.

Ernest was buried alongside her in 1953. Their only son, who lived in New York on Long Island and evidently had no interest in the old homestead, sold it off three years later.

Except for the removal of the addition and the dormer, and a larger chimney, the house still looks much as it did more than a century ago, at least on the exterior. Extensive gardens suggest that agriculture also remains a major activity today. It’s the road that evinces the greatest change, affording room for two cars to pass safely — if they slow down enough.

Hi. My name is John Hatch and I live in Connecticut. I found this story of interest, because I have a niece named Jessie. I don't believe that we are related to any of the Hatchs mentioned in this story.