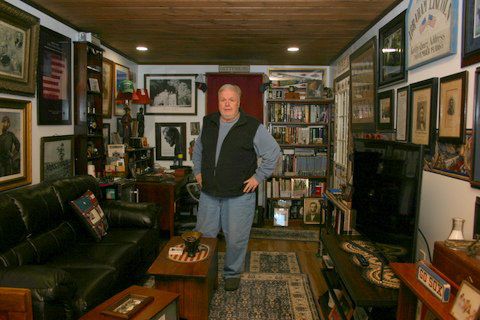 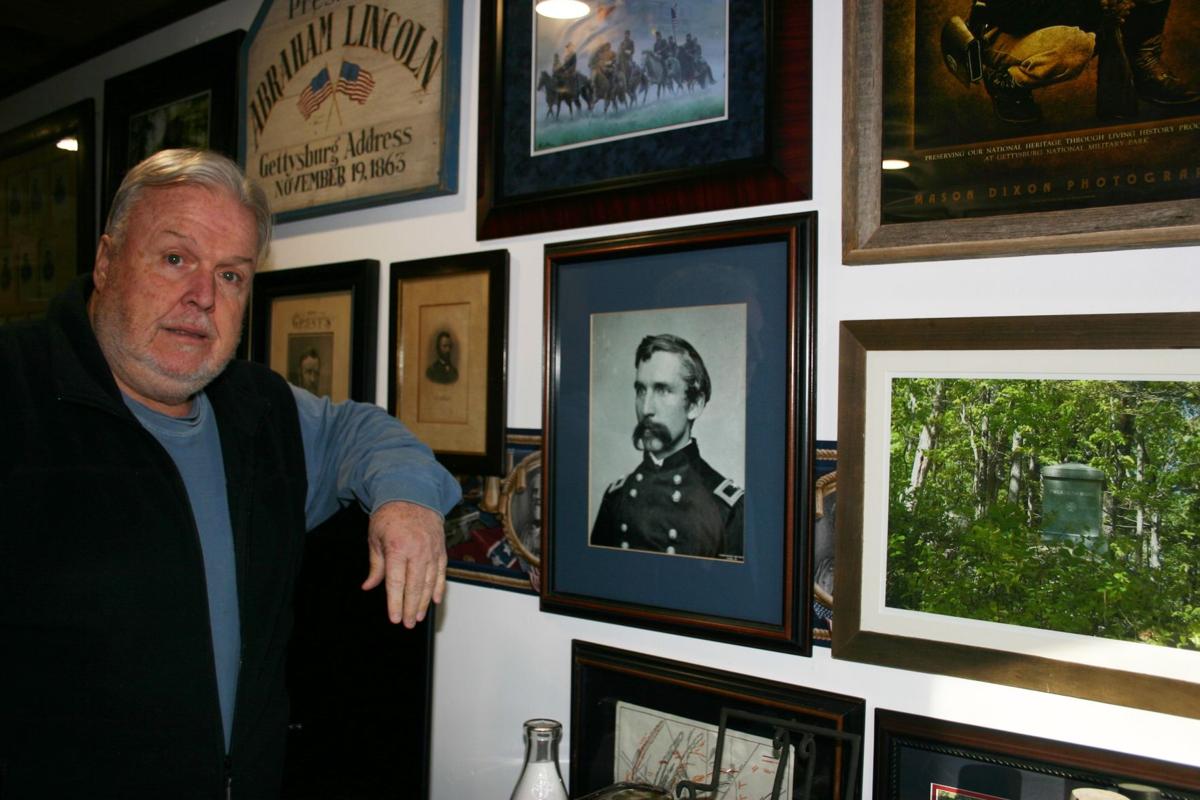 GORHAM — “I am not a Civil War buff says Keith Parent, I am interested in Civil War history. Buffs are people who know way more than I do.”

The retired educator attributes his interest in the American Civil War to the Pulitzer Prize winner book, “The Killer Angels” by Michael Sharra, which told the story of the battle of Gettysburg.

Parent, who graduated with a degree in education from Plymouth State College, said, “I took every American history course I could.”

Back in Gorham, he said,  “I started wondering why there were no Civil War veterans name on the monument in the common.”

Parent started some research at the local library trying to find information on the town’s place in the civil war. He began to visit the local cemeteries and noticed GAR grave markers on some of the graves. GAR stands for Grand Army of the Republic.

One grave, that of Paschal Morgan had a grave marker that gave his years of service and the date he died. Parent took note of that marker but when he returned to the grave the marker was gone. Parent assumes someone stole it to sell on eBay.

Parent then began to find little pieces of history regarding Gorhan civil war veterans in old copies of “The Mountaineer” newspaper which was published in Gorham and in Nathaniel Tuckerman True’s book “A history of Gorham.” His real breakthrough was when he was given a copy of “The History of Coos County” published in 1888. There he was able to find a listing of all the veterans who served in the war from Gorham. With that information, Parent was able to go into online databases to find more information on those individuals.

Parent discovered that Morgan, whose grave had piqued Parent’s interest, had built the house next door to his own residence.

Then he learned that his current home was built by another civil war veteran John Dunham. Dunham was from Paris, Maine, and served with the 1st N.H. Heavy Artillery; he was an artificer for his unit, a job that today would be called a quartermaster. Dunham, a skilled carriage maker and manufacturer. moved to Gorham after the war and built the house in which Parent currently lives.

Morgan served in the 20th Maine under Joshua Chamberlin and was at the battle of Gettysburg. When he returned to Gorham, he became a barber and, with four other veterans, attended the 50th reunion at Gettysburg.

Levi Dolloff of the 5th Maine Volunteers, who came to Gorham to work for the Peabody lumber mills in 1860, was one of the first to enlist in 1861. He collected the $100 bonus the town was offering enlistees and began his military career as a private but was soon promoted to sergeant. He was also the first from Gorham to die in the war, of Typhoid fever in Virginia. He is buried in Evans Cemetery in Gorham, near the mausoleum.

When deceased soldiers’ bodies began to be sent back to their hometowns, the town of Gorham wanted to build a special cemetery for the soldiers. The town looked at the possibility of burying the veterans on the top of the hill in Gorham now known locally as “Appleton’s Hill;” then it was known as “Soldiers Hill.”

However, when the first graves were being dug, the diggers could only go down 2 feet before ledge was hit so that idea was abandoned, and the civil war dead are buried in the various town cemeteries, most in Evans Cemetery.

Parent. who is still researching, has visited Gettysburg 25 times as well as visiting most of the other Civil War battlefield sites.

He does most of his research using the Gettysburg database, and has met many other people who are interested in this part of American history as he is.

While viewing Robert E. Lee’s field desk. he turned around to find himself face to face with a Civil War reenactor dressed as Lee. “You could not tell any difference between the actor and Lee’s portrait hanging on the wall.”

His research has led Parent to visit many antiques shops where he has been able to find many old books long thought lost on the history of Gorham and its occupants.

One prized book is a collection of poems written by Gorham resident A.S. Twitchell who wrote poems of the war and for reunions of the Civil War veterans.

Twitchell was a resident of Bethel, Maine, when he enlisted in the 5th and 7th Maine light batteries. He served at Chancellorsville, Gettysburg and Petersburg. After the war, he moved to Gorham where he served as a justice of the peace and the county coroner. He built the Twitchell Block on Exchange Street.

Parent’s collection of books, films, photographs, prints and post cards now fills his den and most of his garage.

Parent has also researched “the Grand Army of the Republic” lodges formed by Civil War veterans after the war. The lodges were similar in function to the American Legion of today. Parent has compiled a list of every Civil War memorial location in the state of New Hampshire.

Parent tells the story of Warren Noyes of the 15th Vermont Volunteers, who was commander of the Grand Army of the Republic post in Gorham. After the disastrous fire of April 28, 1879, which burned most of Exchange Street, Noyes talked the Grand Trunk Railroad not only into rebuilding Exchange Street but also locating their repair shops in Gorham, which began Gorham’s economic expansion.

The GAR lodge shared space with the Odd Fellows, another fraternal organization.Their building still stands and is occupied by North Country Dental today.

Parent wants to finish writing a paper regarding his research on these and the other veterans, and leave it with the Gorham Library for following generations.

“I have been to the town select board and the recreation director Jeff Stewart about putting a monument on the Town Common dedicated for the 105 Civil War veterans.”

“The idea is to rebuild the town fountain and place the names on the fountain,” he said.

Recreation and Parks Director Jeff Stewart said he has a fund set aside for donations for the fountain rebuilding, and would welcome volunteers to lead the effort to rebuild the Town Common water fountain and dedicate it to Gorham’s Civil War veterans.