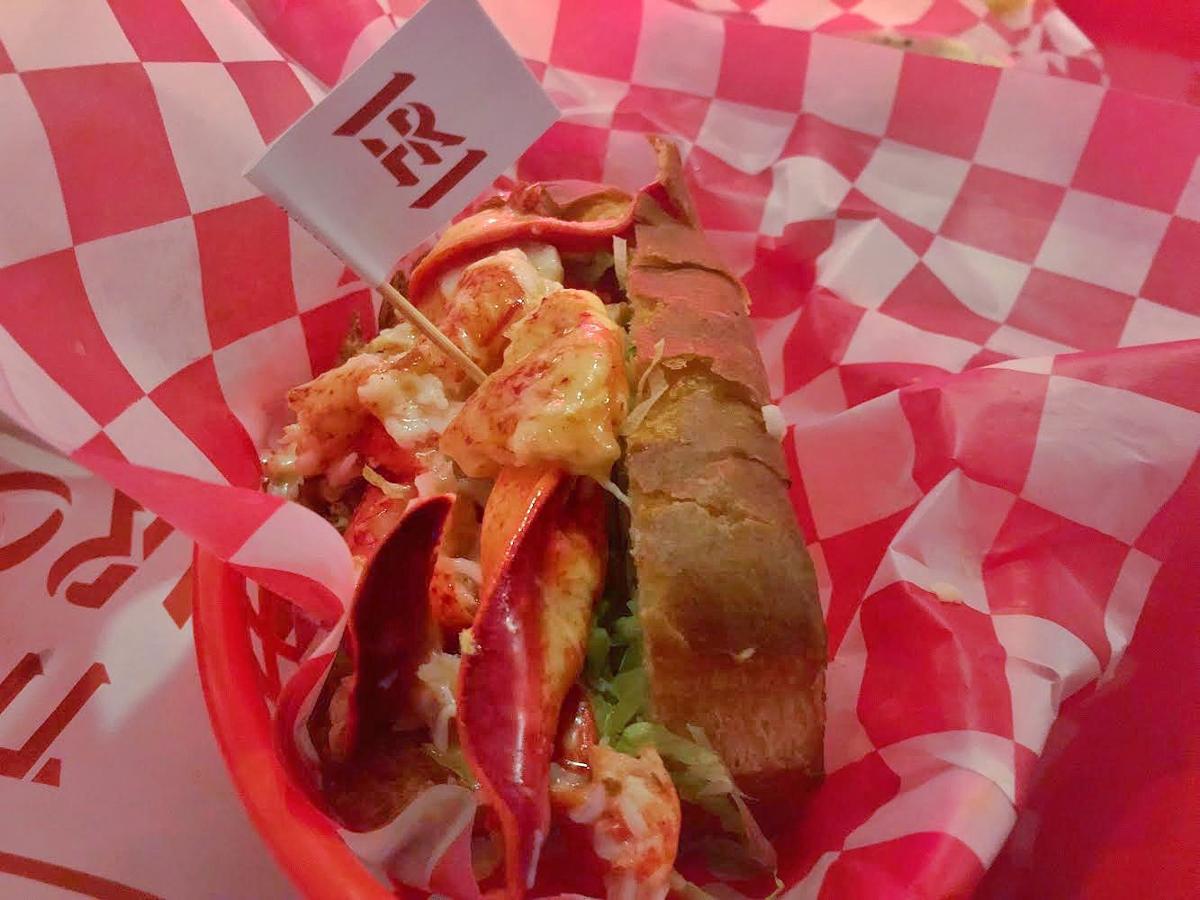 A lobster roll that lives up to the hype. 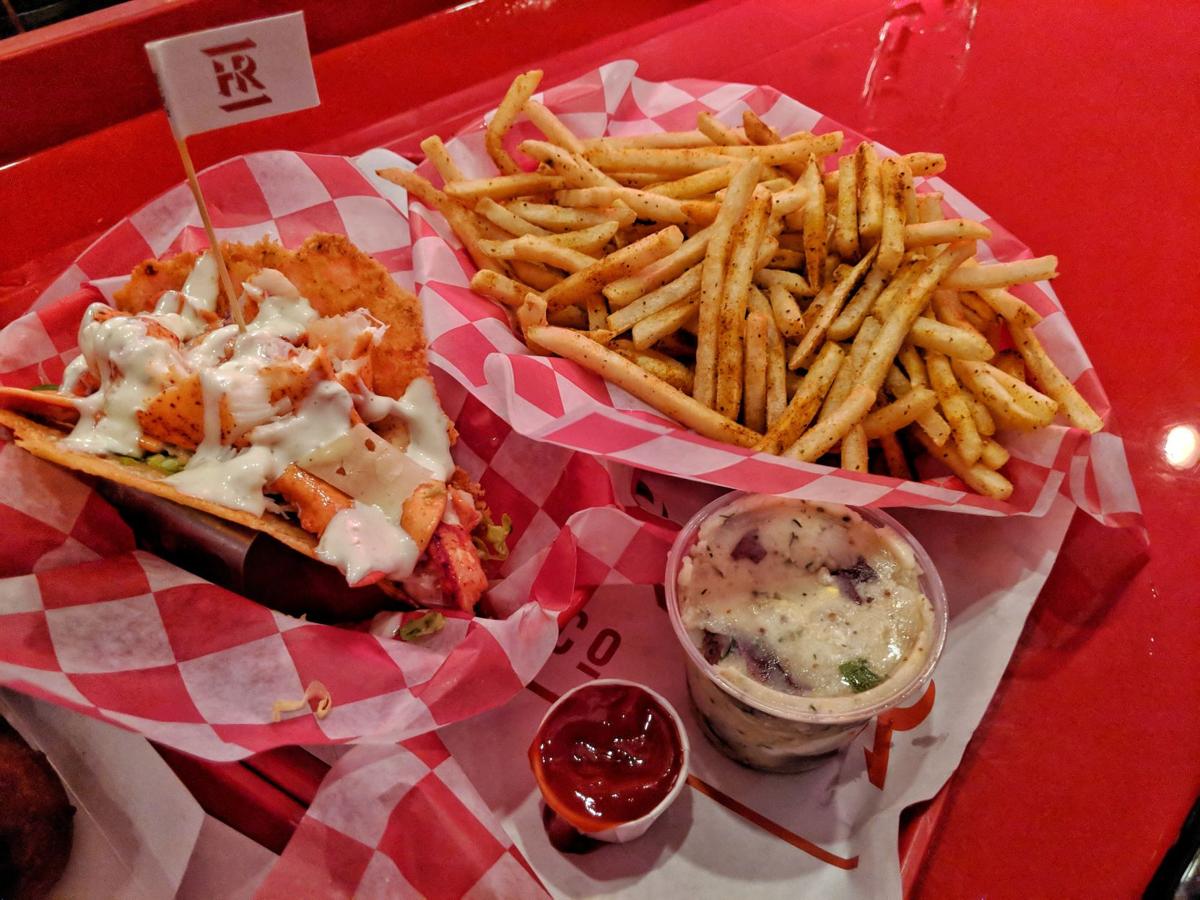 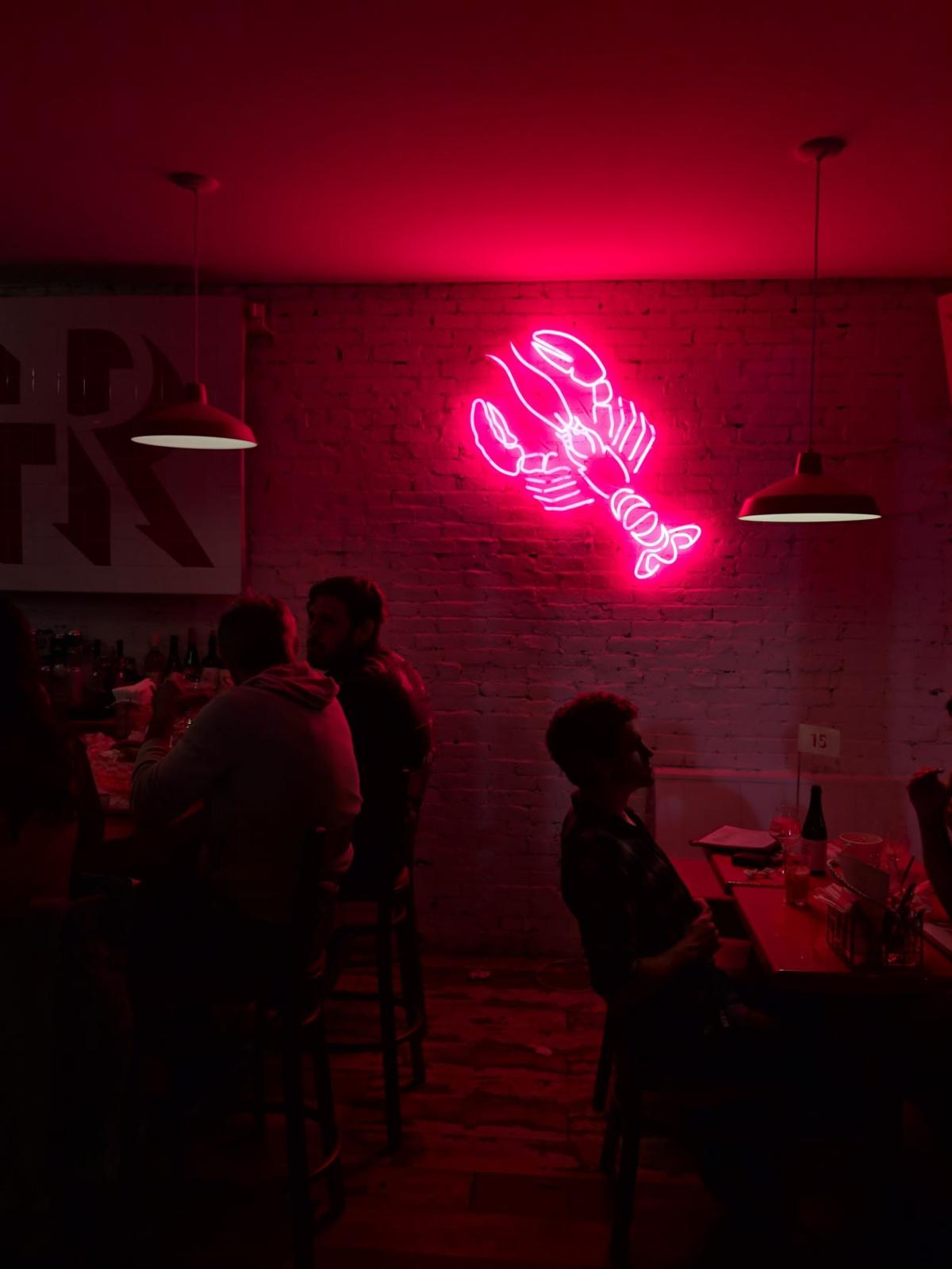 Does this mean it's too late to get a neon lobster in your home? 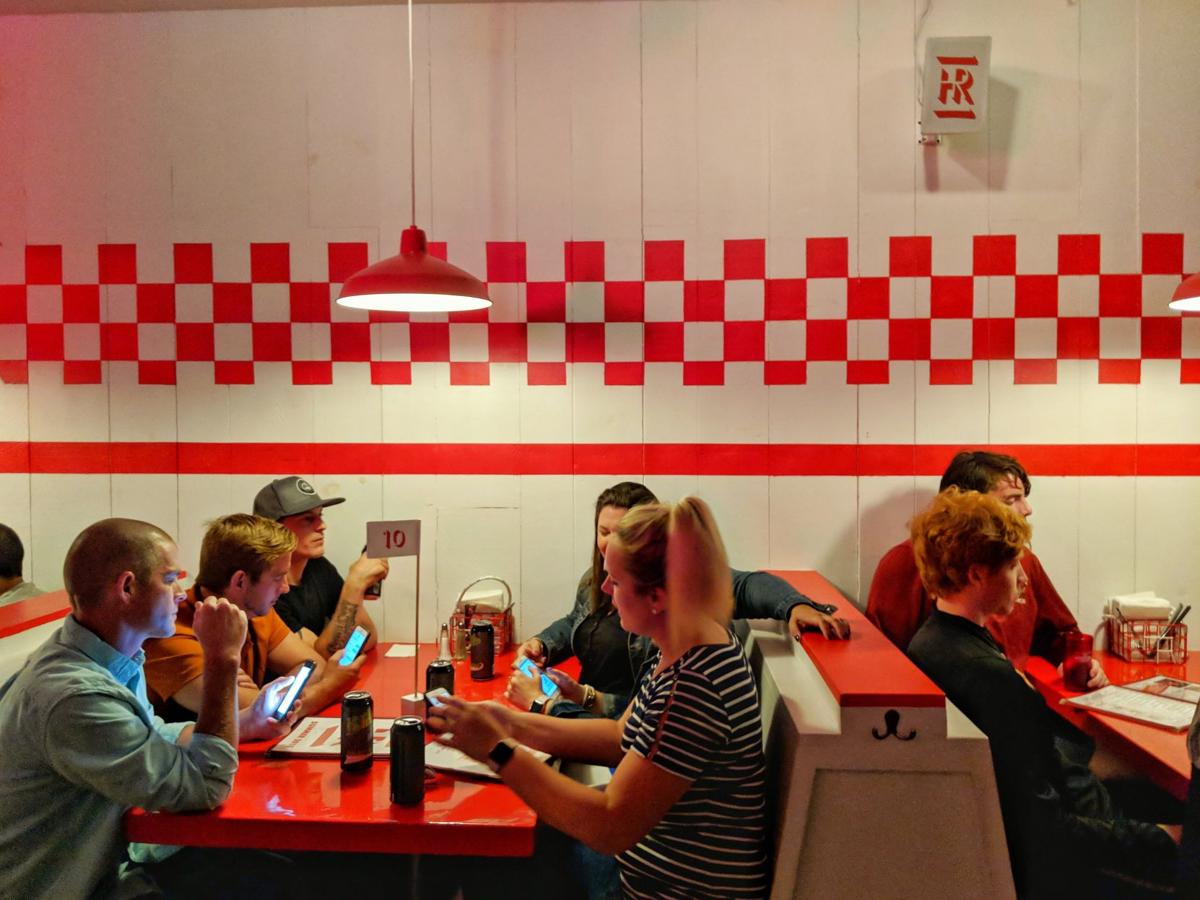 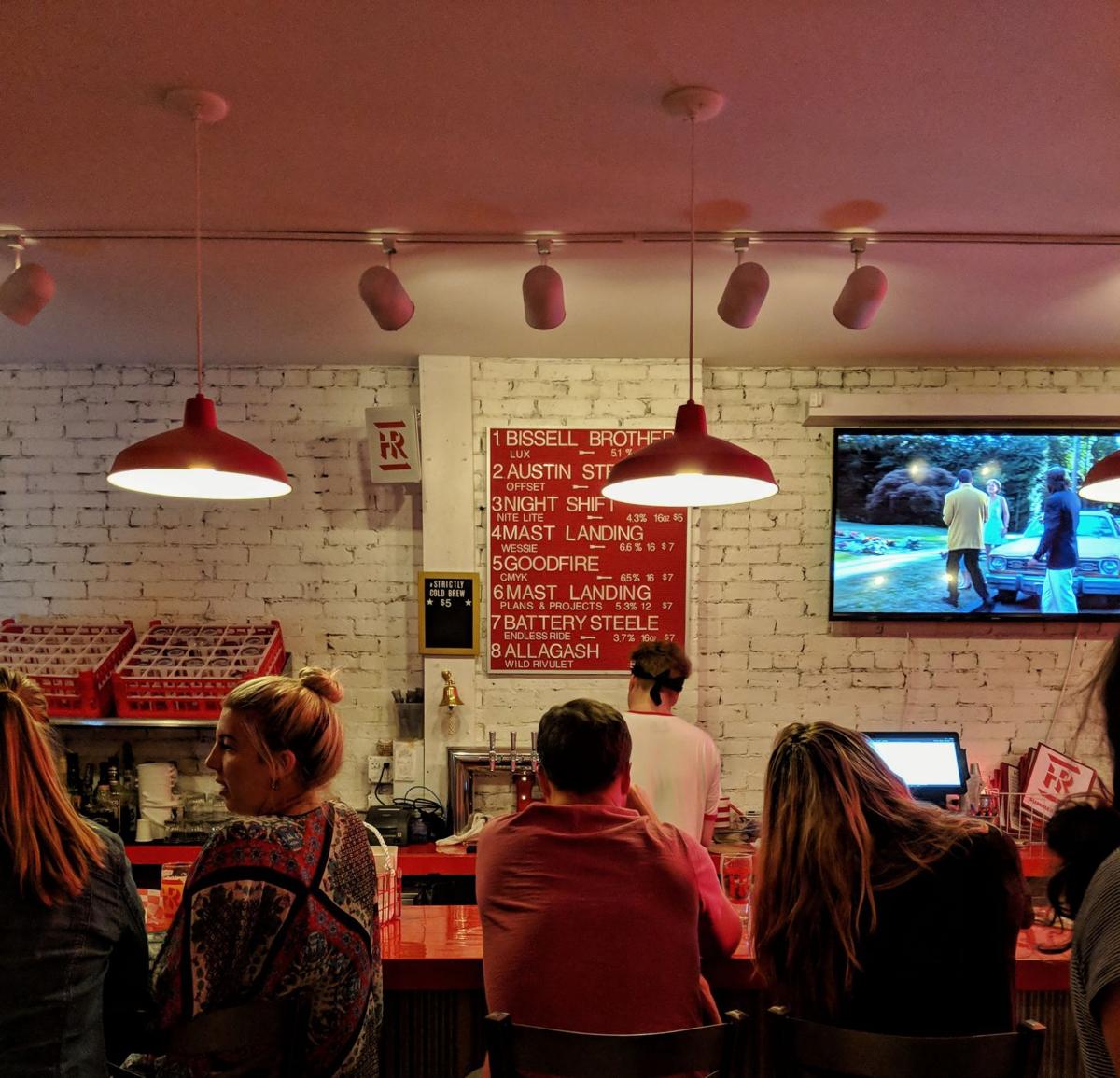 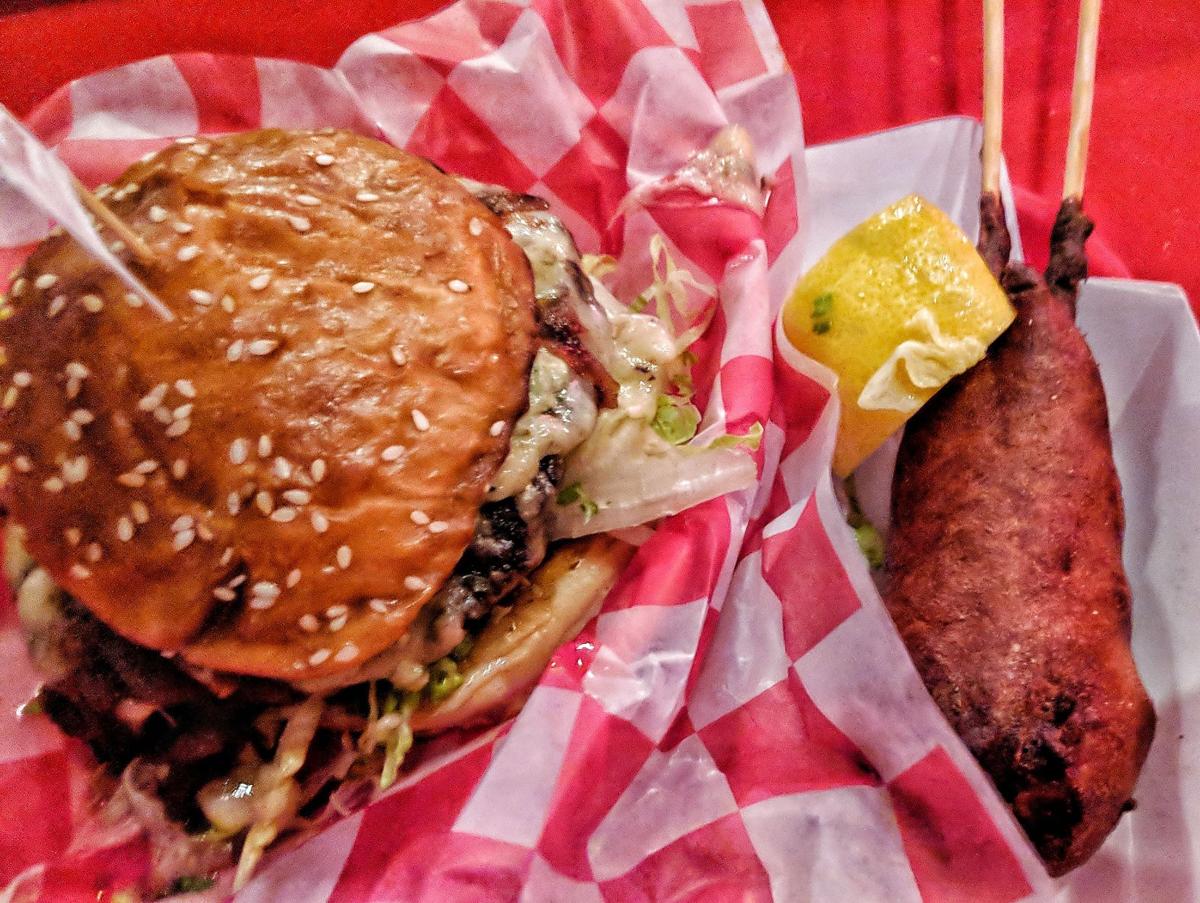 The Highburger and Fried Lolly Pop 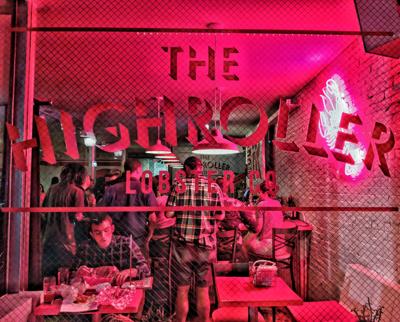 “Where should I go for a lobster roll?”

It’s the ubiquitous question that even those who have lived in Portland for just a short few months have likely already been hit with — a seemingly harmless inquiry capable of triggering unabashed stress responses in longtime residents. Oddly enough, it’s always been a tough one to answer, too. Acceptable responses have thus far included the following: “They’re pretty much all the same outside of the one at Eventide”; “You’re better off making them yourself”; or my personal favorite, ”We don’t actually eat those here; we eat these things called ‘Italians’ instead.”

Enter Highroller Lobster Co. — a worthy dining destination for crustacean-hungry visitors that finally even us localfolk can get behind. The brainchild of Baxter Key and Andy Gerry (both of South Portland), Highroller began as a modest food cart three years ago, setting up shop in brewery parking lots before claiming a crucial spot on Commercial Street that would become their home base. Opportunity for a permanent storefront knocked when a vacancy opened up at 104 Exchange St. — formerly Pierre’s and, for a hot second, the abysmal Portland Meatball Company. Friend, entrepreneur and cohort Peter Bissell (co-founder of the insanely successful Bissell Brothers Brewing Company) offered support to help make the transition happen. The rest, as they say, is history.

It’s doubtful that the trio expected a flop, but also difficult to believe that they could’ve ever projected the response they’ve seen in the mere eight months the restaurant has been open. Highroller attracts swathes of people during lunch, with wait times rivaling the busiest spots in the city. Many of these folks likely asked someone who either lives here or has visited our fabled question of, “Where?” and chose to bypass the waterfront traps. At night, tourists and locals convene en masse. Craft beers fly across the bar in rapid succession, music and loud conversation compete for prevalence — the scene is lively, young and decidedly hip without being the least bit pretentious.

Helpful is the fact that the lobster roll at Highroller really is the best in town as far as traditional(-ish) takes go — traditional in that it’s not served in a Japanese-style steamed bun, “ish” thanks to a house-made brioche vessel that feels like the classic hotdog bun but doesn’t taste like toasted cardboard. It’s light and buttery, with a satisfying give that keeps it from falling apart in one’s hand. Otherwise, we’re talking four ounces of lightly dressed and chilled succulent lob, a scattering of romaine, and a choice of one of nine available sauces (hint: get the Lobster ghee). Sizeable, just unique enough and supremely delicious, it’s a veritable good deal at $19 compared to most other rolls being served in the Old Port.

Lobster is undoubtedly the main attraction, showing up in grilled cheese, “pop,” and taco forms among other items. The lobster cheese crisp taco that has accumulated over 16 million views in a one-minute Thrillist video is one of Highroller’s most popular choices. Essentially a giant parm crisp brimming with lobster meat, it’s certainly over the top, if not a bit conflicting in taste due to the sharp and assertive flavors the cheese brings to the table. A fried lobby pop is the most decadent corndog analog I’ve come across in my day; the perfect match for a side of charred pineapple mayo.

Sea bugs aside, Highroller is still worth a visit for one of the city’s best burgers. A brisket blend draped in savory caramelized onions and served on a fresh potato bun, the “Highburger” is as juicy and satisfying as they come; deeply flavored and cooked to a perfect medium-rare. Paired with a side of coleslaw and a basket of Old Bay-seasoned shoestring fries, it’s one of the tastiest meals around — perhaps the tastiest if topped with a full portion of lobster to become the gluttonous “Surf & Turf” (still a pretty good deal at $23).

Things aren’t perfect — a counter service ordering system that can lead to headaches and confused orders during peak hours comes to mind — but they’re far from being off track. The space is certainly not large enough to accommodate the demand, however plans to expand behind the building and open an equally sized patio should serve as a solid remedy. Otherwise, the room is vibrant, airy and very, very red.

Highroller Lobster Co. has everything it takes to be a prosperous, expandable brand not unlike Cousins Maine Lobster and Luke’s Lobster, the latter of which is now unfathomably slingin’ rolls in 11 states across the U.S. and internationally in Taiwan and Japan. With food that actually lives up to the hype, Key, Gerry, Bissell and team deserve whatever success comes their way.

Erik Neilson is a writer, musician and passionate foodhead based in Portland, ME.