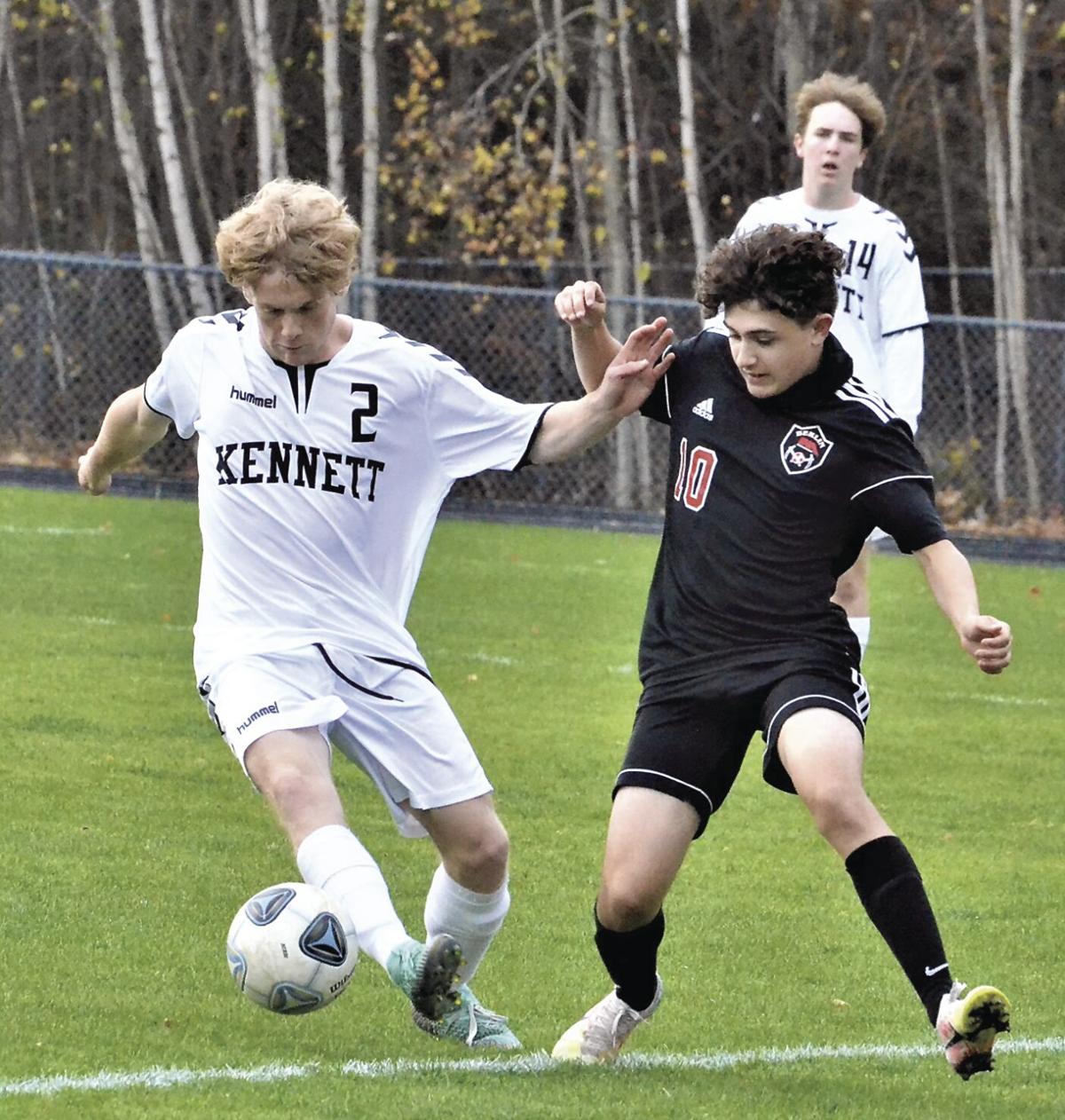 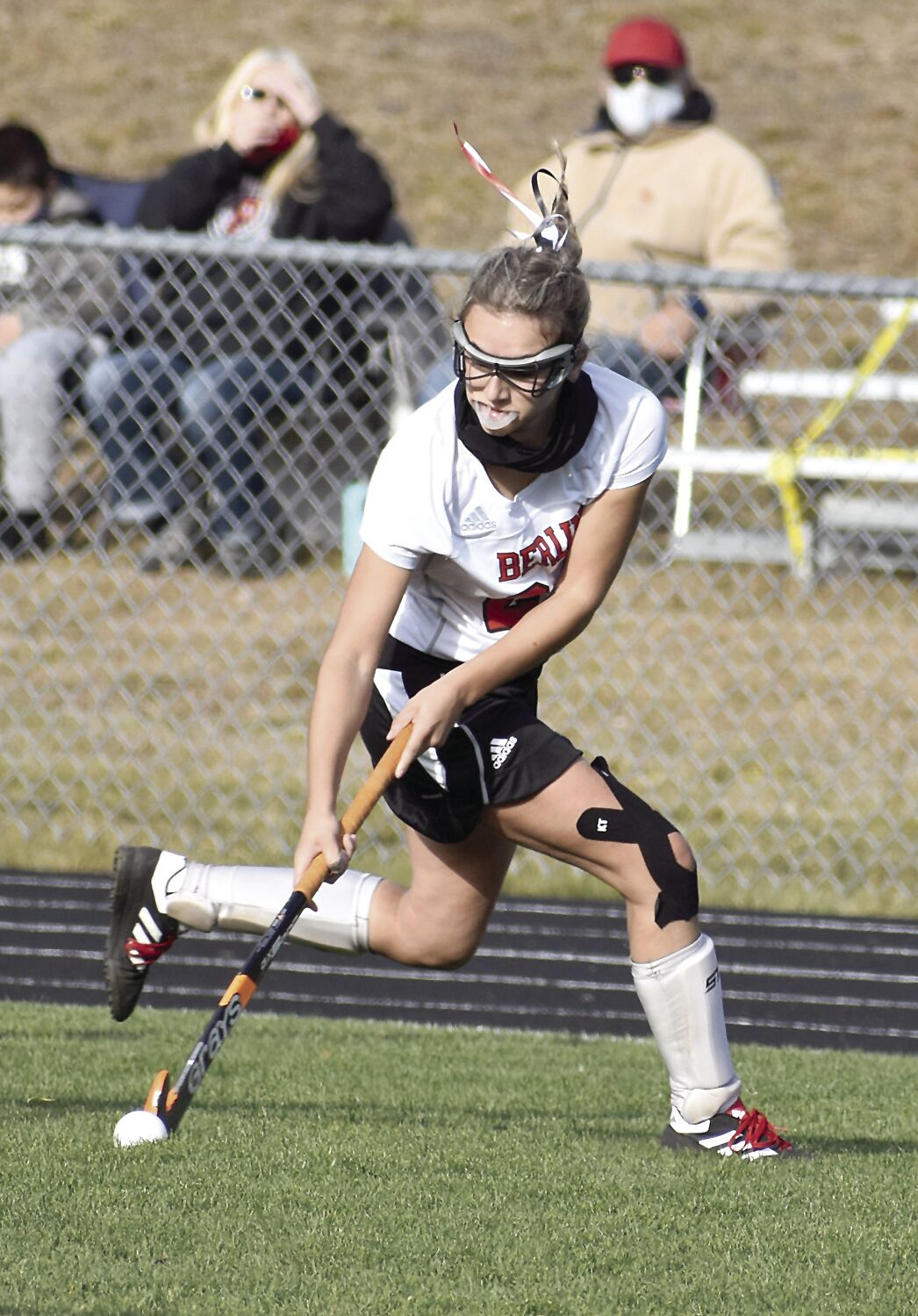 The Berlin field hockey team hosted Gilford in the Division III semifinals on Wednesday afternoon, while Mascoma hosted Bishop Brady in the other semifinal, scheduled for Thursday at 3 p.m. The finals are slated to be held Sunday at 2 p.m. The New Hampshire Interscholastic Athletic Association will determine which school will host the championship game on a blind draw on Thursday night. (ANDY RANCLOES PHOTO)

The Berlin field hockey team hosted Gilford in the Division III semifinals on Wednesday afternoon, while Mascoma hosted Bishop Brady in the other semifinal, scheduled for Thursday at 3 p.m. The finals are slated to be held Sunday at 2 p.m. The New Hampshire Interscholastic Athletic Association will determine which school will host the championship game on a blind draw on Thursday night. (ANDY RANCLOES PHOTO)

There is plenty of fall sports' tournament action on tap for all of the local teams with three games having been played Wednesday (no results at the deadline) including the Berlin High field hockey team and the Berlin boys’ soccer team, both versus Gilford, and Gorham soccer boys against Colebrook.

Both Gorham games are opening round games for the Huskies, while the Berlin field hockey team advanced to the semifinals with two wins over White Mountain Regional and Newfound (previously reported on in the Sun),

And, last but not least, the BHS cross-country running team will be at Derryfield Park in Manchester for the Division III and IV Championships on Saturday.

Al Woodward's girls soccer team’s win over White Mountains Regional was a nail-biter throughout. Makenna Peare scored the game-winner at 32:08 of the first half with the assist going to Ava Bartoli.

From there on, it was back and forth with the Spartans putting some serious pressure on the Mountaineer's defense and goalie Chloe Dagesse (14 big saves), but it was to no avail.

Coach Woodward said, "We played with heart and determination throughout and were able to capitalize on the opportunity we needed to score and win the game."

Gorham's girl's soccer Coach Chris Partenope is "looking for us to play our game, play together and play for each other."

Tina Binette, the Gorham boy's coach, said, "The boys are excited and focused. If they keep their shape, win the 50/50 ball and play their game with confidence, they will come out on top."

Berlin boys’ soccer Coach Tony Valliere was pleased with the 2-0 victory in Whitefield over White Mountains.

For the host Spartans, Keigen George had three saves, while the offense put three shots on goal and drew one corner kick

For Berlin, goalie Shaun Goyette also recoded three saves, while the Mountaineers put five shots on goal and had three corner kicks in the match.

Berlin got all the offense it needed 6:31 into the contest on a goal from Tyler Rousseau from Kolin Melanson

“Kolin gave a great ball to Tyler at the top of the 18 who made a great run from the wing,” Valliere said. “Tyler beat two guys and blasted a shot on goal that the keeper attempted to catch it but it slipped through his fingers and fell beyond the goal line.”

The Mountaineers doubled their pleasure just before halftime at 35:43 when Carter Poulin found the back of the old onion bag off an assist from Ben Estrella.

“Ben gained possession just above half field and used his speed to cut through the defenders in the middle,” said Valliere. C”arter Poulin made a great run to find space behind the defense and placed a beautiful shot right past an attacking keeper.”

Coach Valliere added: “This game was all about who was going to be mentally prepared to battle. The kids understood that the playoffs are a different atmosphere and anything can happen regardless of previous games.

“The star of the game was the guys on the bench. These guys were loud, involved and overall really that 12th man out on the field. They cheered as loud for winning a head ball as they did when we scored, and that was a game changer. Players on the field fed off of it and really made it feel like a home game out there. Seeing this team pull together at the right time of the year is great to see, this is the type of team that can be contenders in playoffs.”