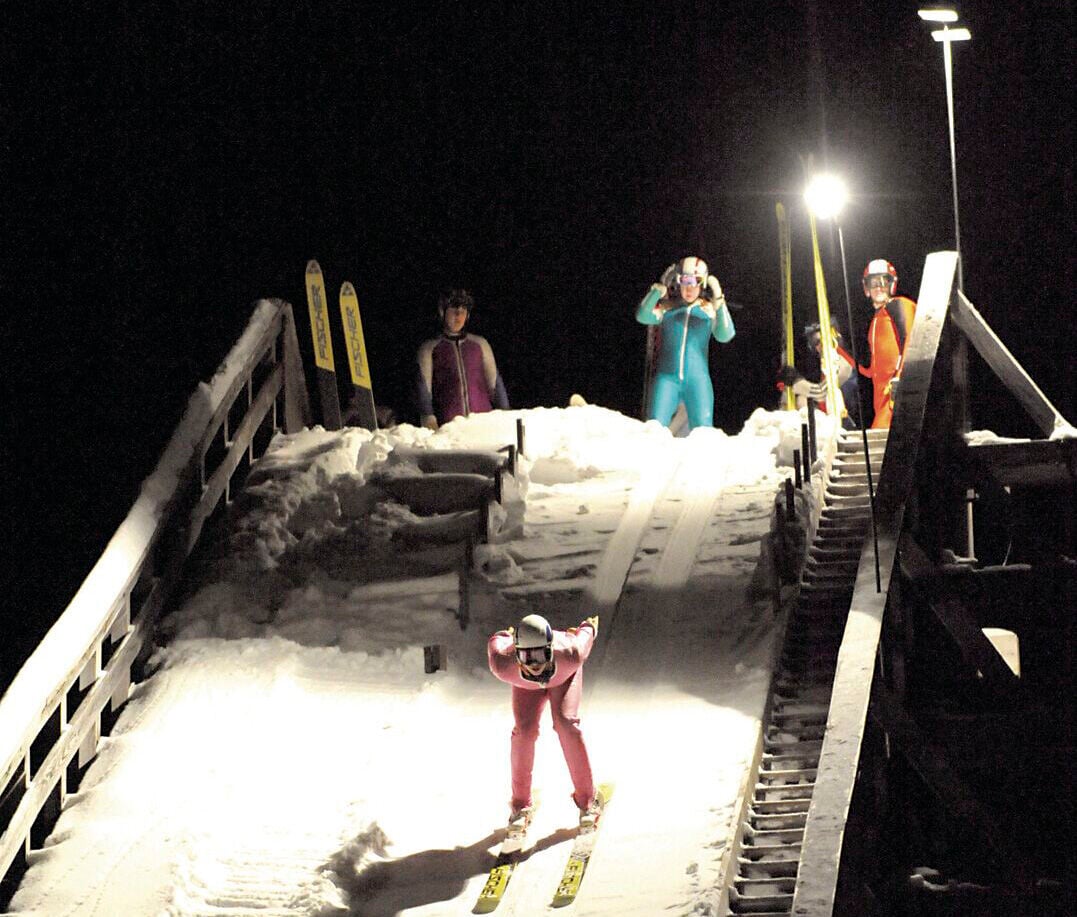 The 20- and 30-meter jumps are located just beyond the Saco District Ranger Station on the opposite side of the road on the Kancamagus Highway. (JAMIE GEMMITI PHOTO) 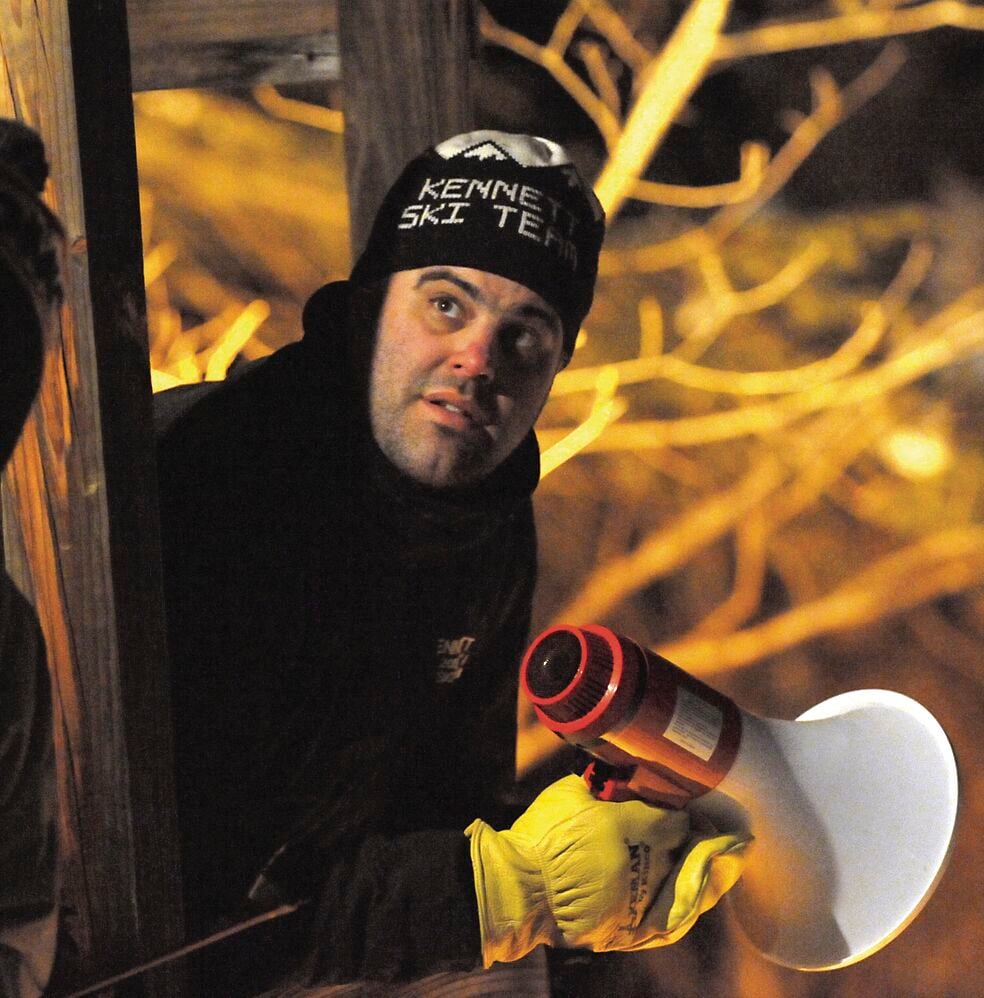 Coach Chip Henry has been the face of Kennett High ski jumping for more than two decades. The Conway School Board is working to name the ski jumping site in his honor. (JAMIE GEMMITI PHOTO) 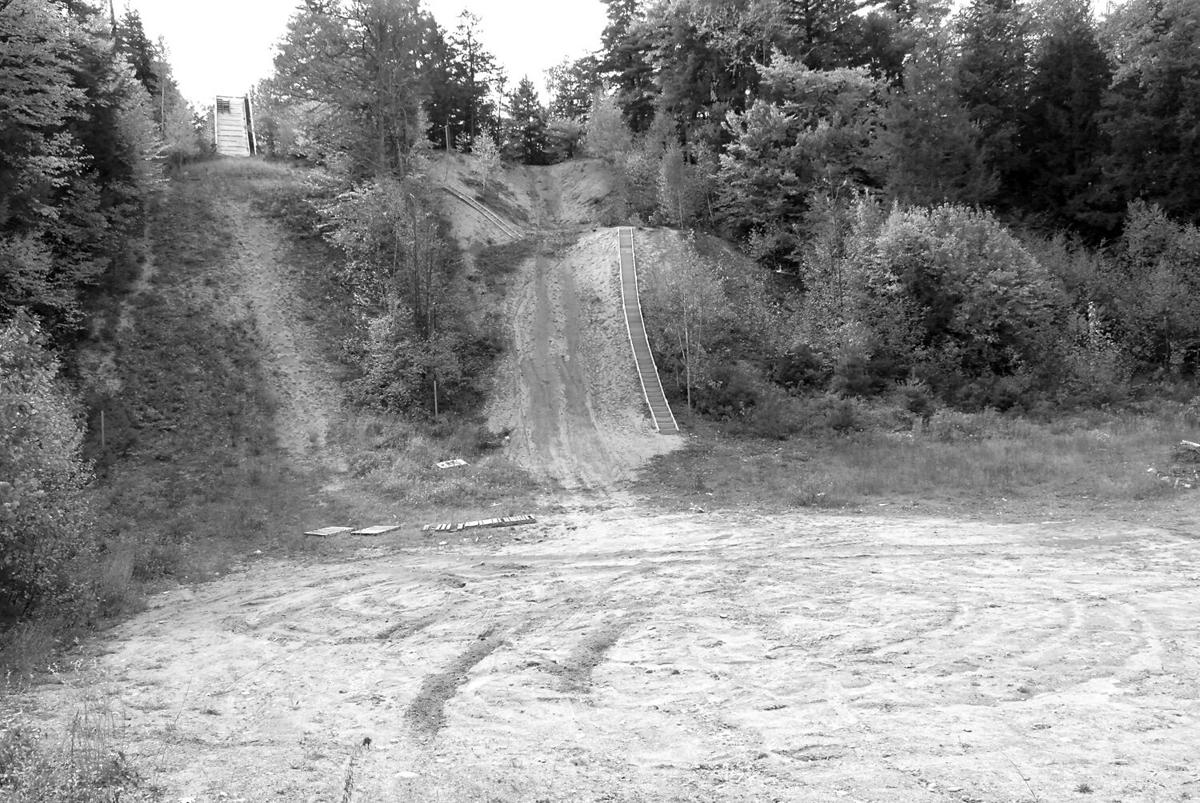 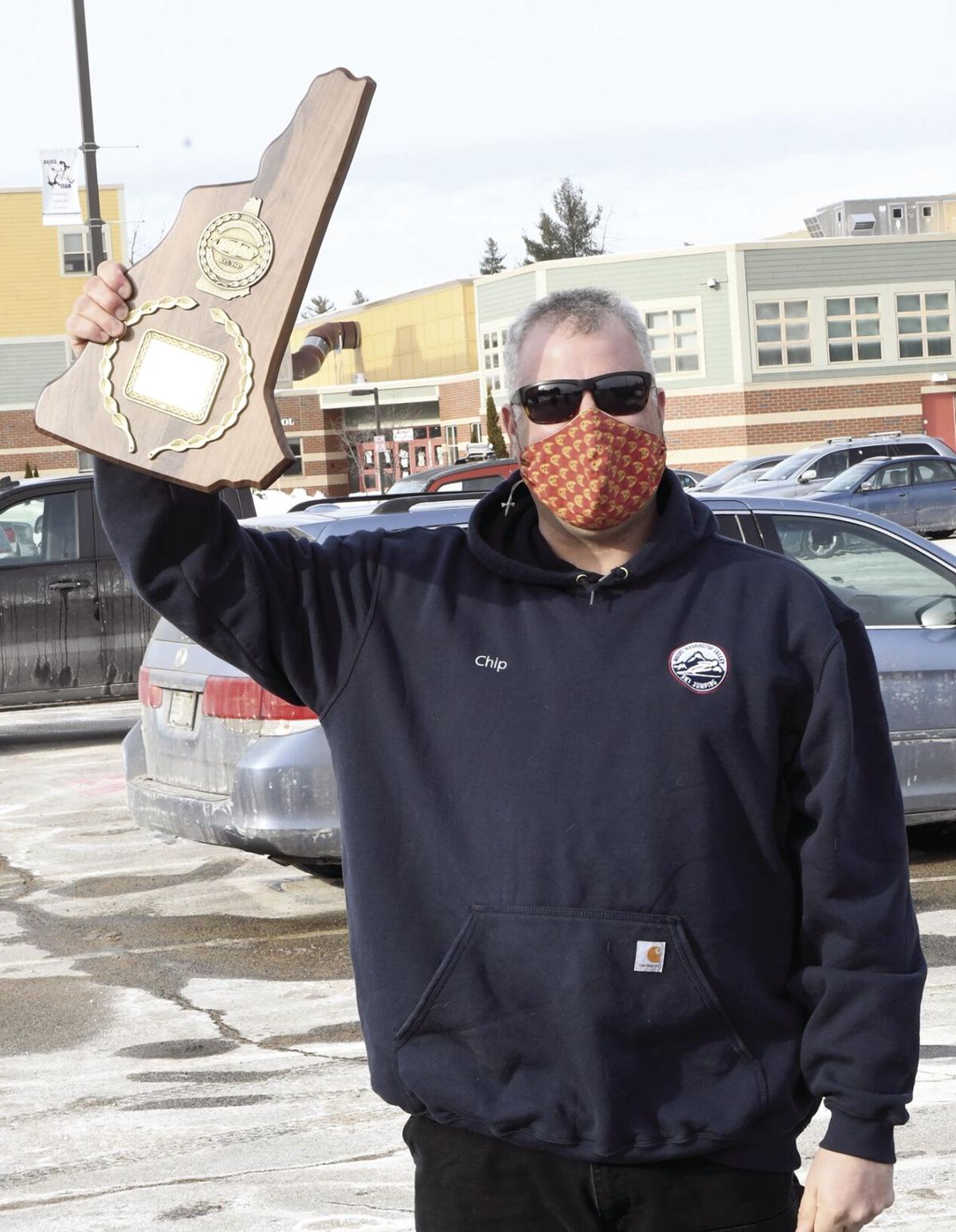 The 20- and 30-meter jumps are located just beyond the Saco District Ranger Station on the opposite side of the road on the Kancamagus Highway. (JAMIE GEMMITI PHOTO)

Coach Chip Henry has been the face of Kennett High ski jumping for more than two decades. The Conway School Board is working to name the ski jumping site in his honor. (JAMIE GEMMITI PHOTO)

CONWAY — "Speechless, I have no words,” Roderick “Chip” Henry said last Thursday when told of a movement afoot to name the ski jump on the Kancamagus Highway in his honor.

Superintendent Kevin Richard shared with the Conway School Board on Dec. 13 that "a request has been made to name the Kennett High Ski Jump/Hill" in honor of the longtime jumping coach.

The 20- and 30-meter jumps are located just beyond the Saco District Ranger Station on the opposite side of the road roughly a mile onto the Kancamagus Highway.

Henry, a 1993 KHS graduate, was one of the top ski jumpers in the East during his high school years and has been jumping coach for the Eagles since 2002. He has also worked with ski jumping fans in Coos County on the revitalization of the Nansen Ski Jump and high school ski jumping programs.

“Chip Henry not only has built this program, but he has also made sure there is electricity to the jump; he has made sure we have snow guns so we have snow so that we can have a jumping meet,” said board member Michelle Capozzoli.

“And he has done an amazing amount of work on the whole property, not just the jump itself,” she added.

But board member Joe Mosca felt that "if you name something after somebody, it’s usually after they retire. I’m kind of emotionally twisted here as to which way to go,” he said.

“We don’t want him to retire,” Capozzoli replied.

The board agreed to form a naming committee comprising three school board members — Capozzoli, Mosca and Jessica Whitelaw — as well as three school officials — Richard, Kennett High Principal Kevin Carpenter and KHS Athletic Director Neal Weaver — and community members Gredel Shaw and Lloyd. It is set to meet on Zoom on Jan. 6 at 3 p.m.

The committee has a set of guidelines (policy FF) to go by. The current naming policy (revised four times since 1979) reads: "If the board finds it appropriate to name schools, special facilities within the school or playing fields, these criteria shall be used: The name shall reflect: 1. Political, geographic or geologic characteristics of the area. 2. Persons who have performed meritoriously locally or beyond this community...

"The committee is charged with the task of bringing forward not fewer than three nor more than five (possible names for the facility) to the superintendent of schools who shall submit them to the board. The board shall then make the final selection from this list and institute suitable dedication exercises."

The most recent naming occurred in December of 2019 when the Peter Ames Gymnasium was named for Ames, a 1972 Kennett graduate who has coached multiple sports and is career win leader for the Eagles. He also taught social studies at Kennett Middle School from 1978-2011.

In April of 2014 the Jon C. Judge Tennis Park was named in honor of the longtime Kennett educator and former girls' tennis coach who put the Eagles on the state map with four state championships.

Henry guided the Eagles to three state and national titles over the past four years and four titles overall (2009). Since New Hampshire is the lone state to offer high school ski jumping, the state champion team also is crowned as national champ, too.

Last March in the state meet, the hometown flock soared past defending champ Hanover to win the crown by four points, 385.5 to 381.5, at Proctor Academy

The Kennett jump was built in 1960 and rebuilt in the mid-'70s with the help of the Eastern Slope Ski Club and others when Charlie Broomhall was Kennett's head ski coach. The Conway School District became proud owner of the  jump in February 2009 when the school board voted unanimously to accept the Kennett Co.'s offer of 5.14 acres on the Kancamagus Highway, where the jump resides.

The lone expense to the school district in accepting the jump was $3,000 for a survey and subdivision to take place. Roughly $1,670 of the cost came out of the ski team activities account, with the balance coming from co-curricular accounts.

"Ski jumping is very important to our ski program," Chuck Broomhall (Charlie's son) and head ski coach at Kennett High, stated in a report to the board in June of 2009.

"The jump," he said, "is used three to four days a week with us holding one to two meets per year. Yearly we have 12 to 15 or more jumpers covering all grades.”

Broomhall also explained the significance of having a ski jumping program and state skimeister title. This is where individuals compete in the two alpine events (slalom and giant slalom), two cross-country events (skate and classic) and jumping to determine the state champion.