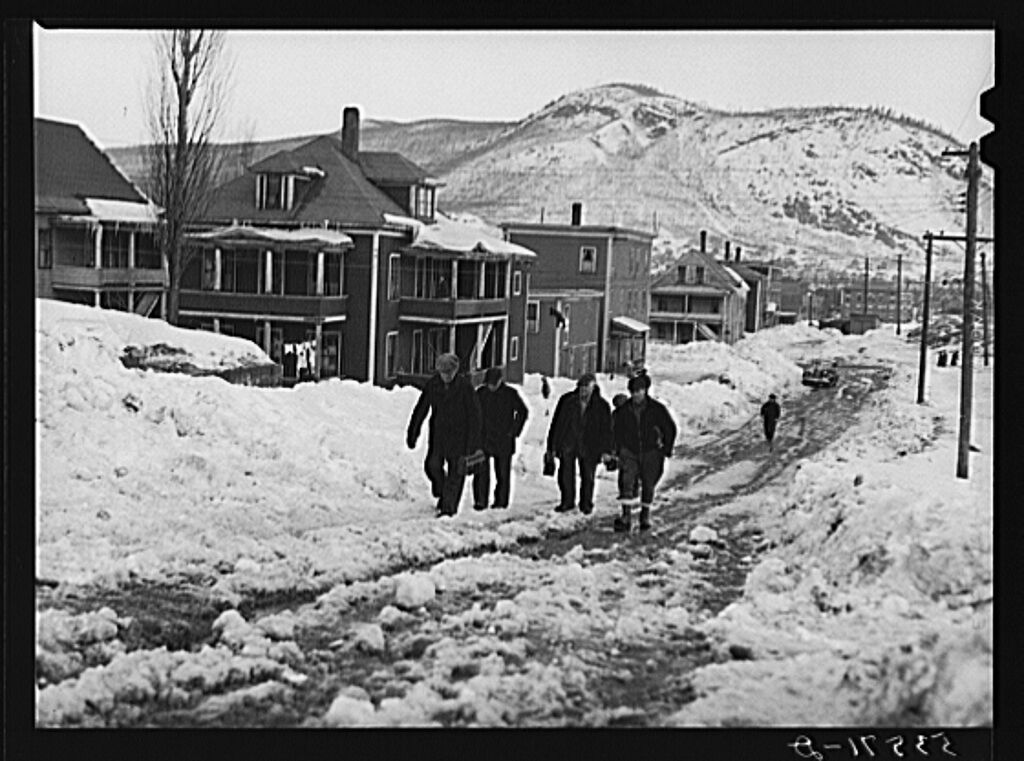 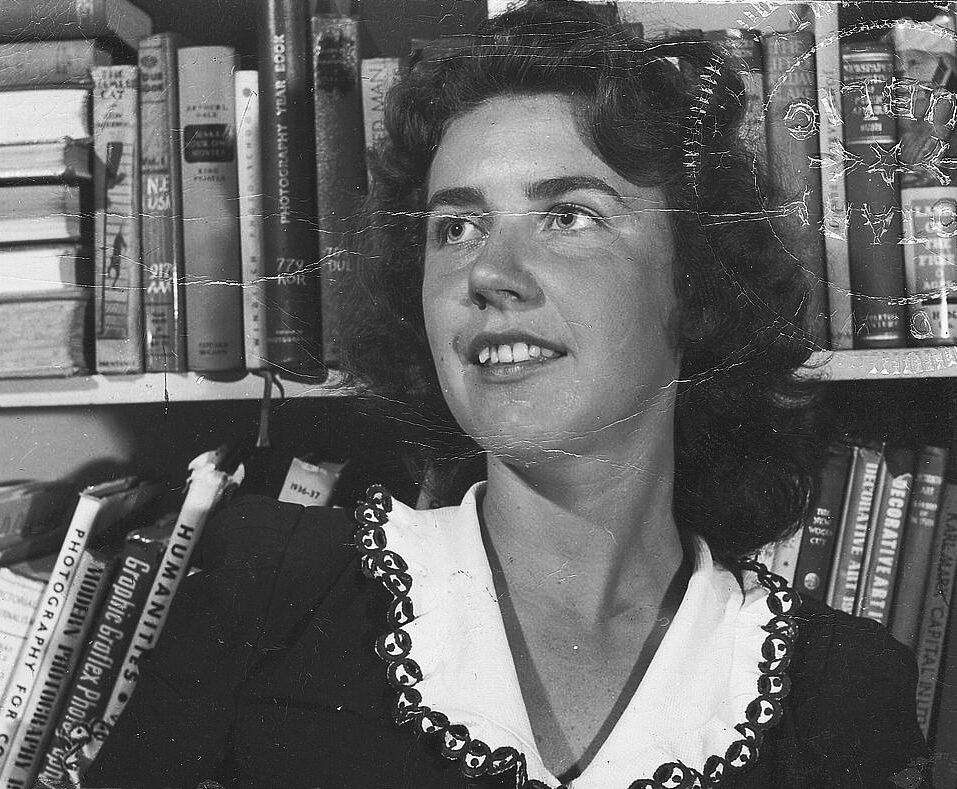 Marion Wolcott in her 1940. (WIKIPEDIA IMAGE) 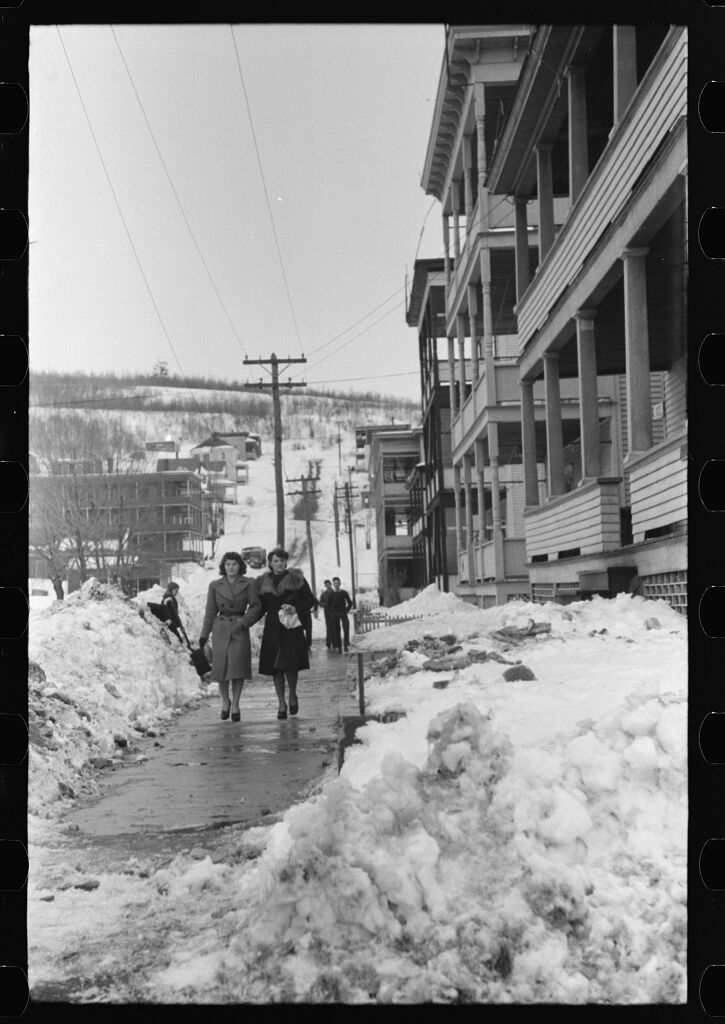 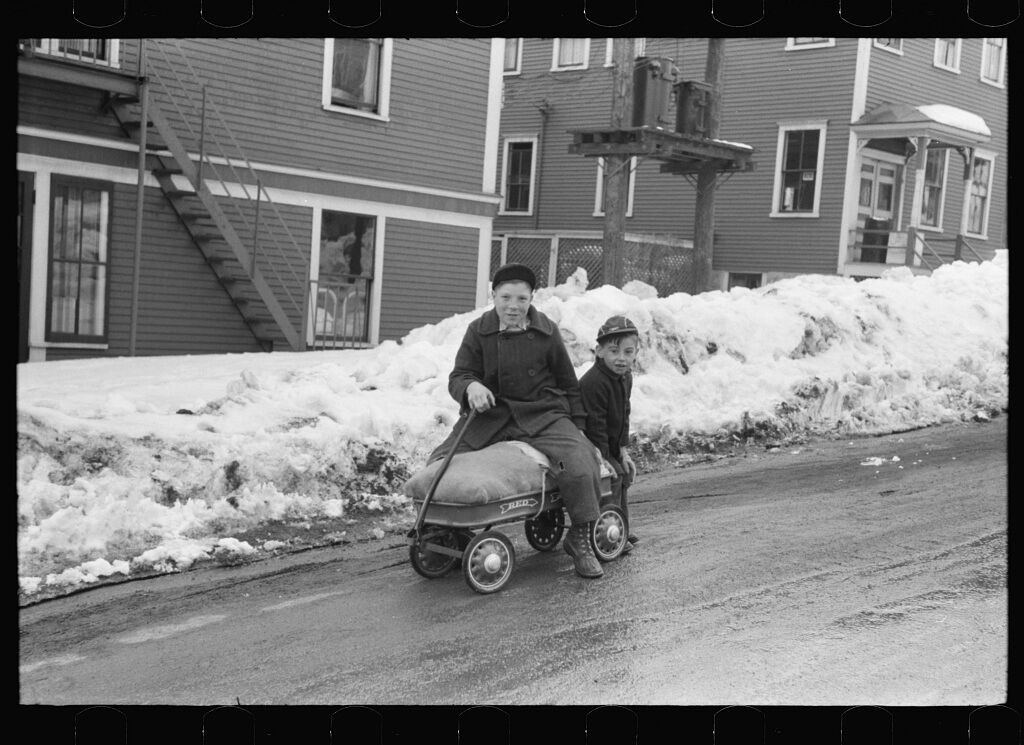 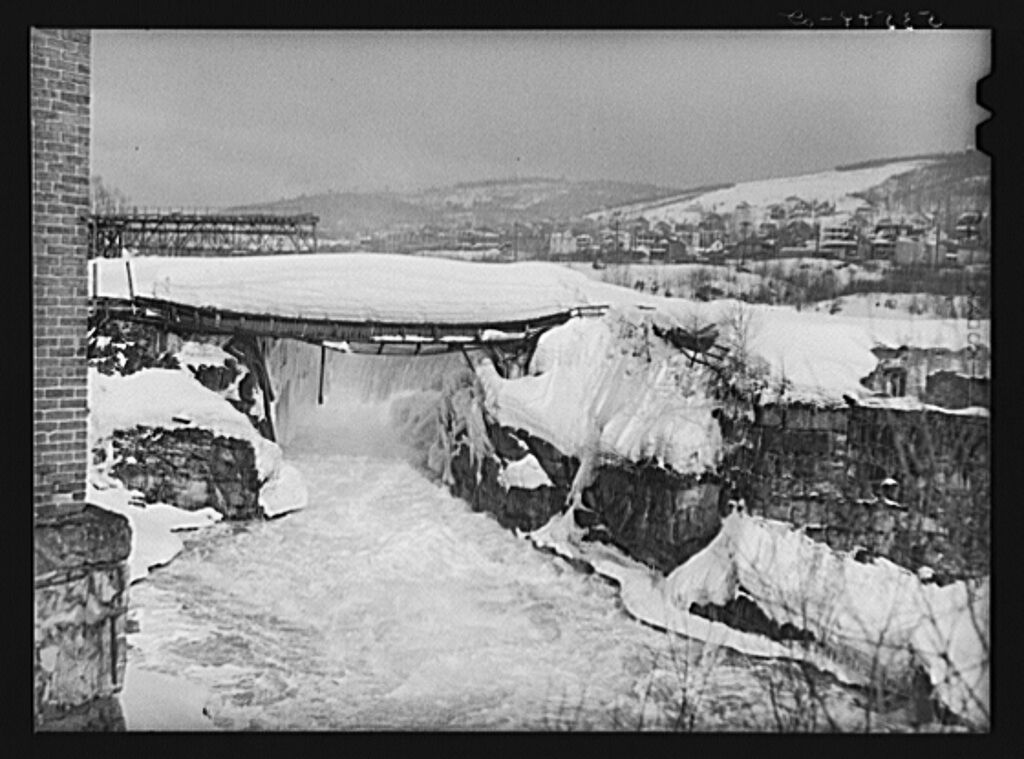 A bridge over the Androscoggin River under heavy snow. (MARION POST WOLCOTT PHOTO)

Marion Wolcott in her 1940. (WIKIPEDIA IMAGE)

A bridge over the Androscoggin River under heavy snow. (MARION POST WOLCOTT PHOTO)

BERLIN — Marion Post Wolcott was a photographer who worked for the federal Farm Security Administration during the Great Depression and whose travels around the country brought her twice to Berlin.

From her time here, she left a small trove of black-and-white photographs of mill workers, men plowing snow and emptying it in the river, kids hauling groceries, and well-dressed women walking home after a day at work.

Wolcott’s pictures were taken in March 1939 and February 1940 when Berlin was beginning to recover from the depression. At the time, Berlin was the fourth largest city in the state with a population over 19,000. But the number had dropped since the 1930 census as International Paper closed its mill and the Brown Co. cut wages as it struggled to survive. The Farmer Labor Party had taken control of city hall with a vow to reform it.

The FSA was part of FDR’s New Deal and was originally formed to assist poor farmers and combat rural poverty. To report and document the condition of rural America, the agency established what is frequently described as a “small but highly influential photography program.” Eventually, 11 photographers would be hired from 1935-44. The best known would be Dorothea Lange and Walker Evans.

Wolcott was the last one hired in 1938, when she was working for the Philadelphia Evening Bulletin, where she was assigned to do “ladies’ stories.” Described as a tough and feisty photographer, she left the boring newspaper work to join the FSA.

Her new job found her traveling alone to rural places, staying in rooming houses or motels, and wandering around taking pictures. She would take more than 9,000 pictures for the FSA, helping to document working class life and publicizing the need for federal assistance.

In an interview she gave in 1965 when she was 55 years old, Wolcott said while Lange and Evans were famous for their pictures of the Dust Bowl or the Okies, she was given shorter assignments. At that point, she said FSA head Roy Stryker wanted pictures he could use as contrast to show the New Deal programs were working to justify the program. Like the other photographers, Wolcott said she believed in the work the FSA was doing. Stryker would give assignments, and the photographers would have books to read and appointments with college professors and WPA people when they went out on a shoot.

Wolcott said talking to the experts as well as to the subjects of her pictures was an education and her political views were changed or influenced by those conversations. At the same time, she said the photographers still had the freedom to stop and go off to document something they felt important.

Wolcott said landscapes were her pet theme and there was a “kind of ruggedness” to the region that she liked.

“I think landscape can tell a great deal about living conditions as well as the people and the clothes they wear, and the diapers on the line, or whatever other evidence there is around,” she said in 1965.

You can see that focus in the Berlin photos. As she took pictures of mill workers walking home with their lunch pails, she shows the slush-covered street. Two men shovel a path through a huge mound of snow almost invisible.

A shot taken from some height looking down Pleasant Street with St. Anne Church and steeple in the foreground. Sweeping views of the river show both the pedestrian bridge and the Community Club, then still a vibrant part of the city.

The captions are short. “Paper mill workers coming home after work”, reads one. Another showing some houses, reads, “Homes of paper millworkers in Berlin, New Hampshire, largely inhabited by French Canadians and Scandinavians.”

Wolcott said she felt writing captions was one of her shortcomings. “But I felt that not only could I have done a better job in that respect, taken more notes, and gotten more material, but some of the others could have also,” she said.

Her presence in the city appears to gone largely unnoticed – there is no mention of her two visits in the local weekly paper at that time. On both trips, she visited other parts of the region. The 1940 trip appears to have been part of a vacation and there she took pictures of Canon Ski Area in Franconia Notch.

She got married in 1941 and left the job early the next year and never took pictures professionally again. A 1975 exhibit of her work brought her belated acclaim in the art world. She passed away in 1990 at age  80.

Dozens of Wolcott’s photos of Berlin and northern New Hampshire can be found on the Library of Congress website. Find them at tinyurl.com/u6si4eh1.

A short biography of Wolcott on the Library of Congress site said her ability to maintain the superior quality of her photographs while working in socially difficult environments is one of her contributions to photojournalism.

“She is recognized for her independent spirit, hard work, her dedication to social ideals, and her insightful photographic portrait of American life,” it concludes.