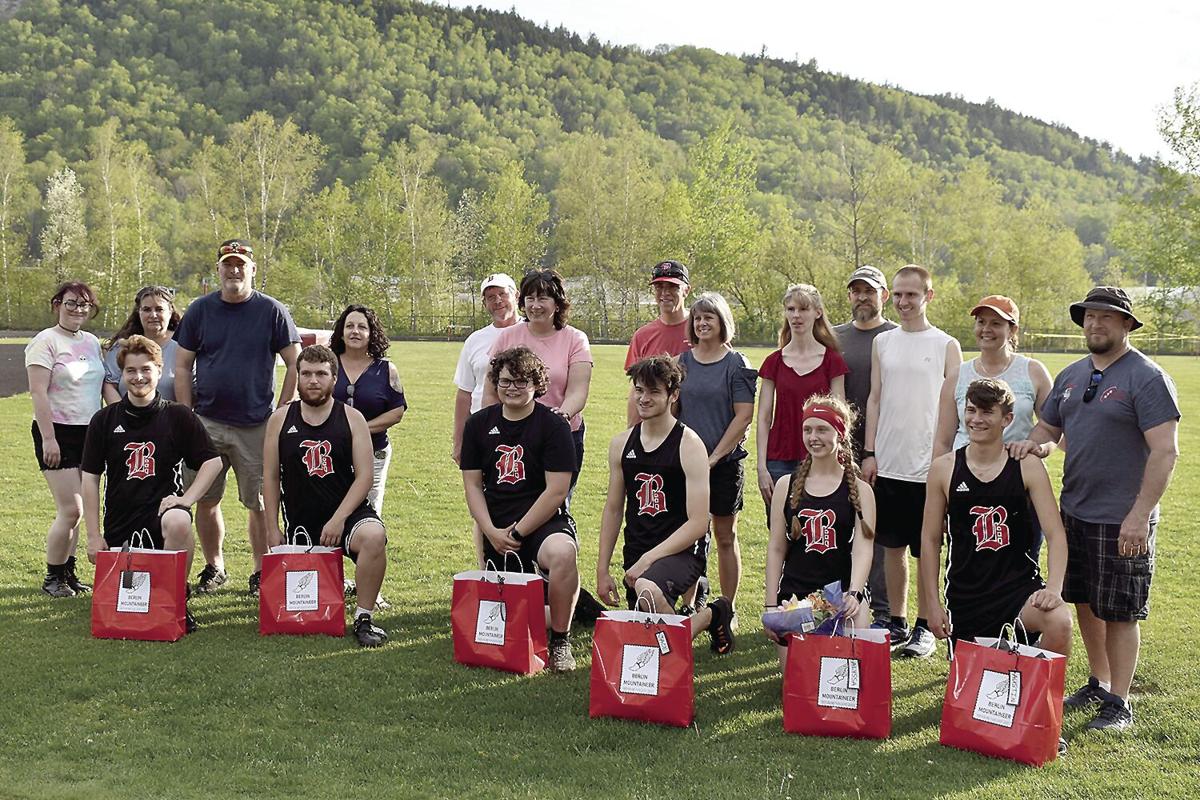 It’s been a busy stretch for the Gorham baseball team. The Huskies went 2-1 on the diamond last week.

Game No. 1 had the Huskies beating Colebrook 4-1 in a game that as Coach Pete Girouard said, "Was one that we had to grind out to overcome some mistakes, including a couple of missed signs that cost us some outs and at least one run."

Gorham’s Cody Pike filled in at second base and had a big day with a hit and three RBI. Ethan Favreau contributed two hits and the other RBI. Other collecting hits for the winners were Brendan Saladino, Anthony Pizzuto, Chase Carder and Lex Mayerson.

The winning pitcher was Ean Steady who along with giving up just one run while striking out 11.

On May 19, Gorham fell to neighbor Berlin High on the road 7-4. it was a game that had the Huskies up 1-0, after three straight hits in the first inning that held up until the fourth inning.

The Mountaineers finally got to Landyn Croteau, who had been cruising, with four runs in the fourth inning followed by three more in the fifth.

After the bats fell silent for five innings, Gorham managed to put three up in the sixth frame to narrow the gap to three runs, at 7-4, but that was all she wrote as the game ended with the Mountaineers winning.

Croteau, Saladino and Pizzuto, who drove in three runs, were each 2-3 at the plate.

"It would have been very easy for us to hang our heads being down six runs (7-1) headed into the sixth inning, but we kept fighting and gave ourselves a chance,” said Coach Girouard. “That is what good teams do and I am encouraged with how the team has played recently. Croteau continues to pitch well, keeping teams off balance and we will need more of that as we head into the playoffs."

Two days later, the Huskies finished things off on a positive note with a big win on the road over Lisbon, 17-2. The top of the first inning set the tone as Gorham came out swinging, scoring four runs while sending 10 hitters to the plate.

Three more runs in the third and fourth innings, followed by five in the fifth sealed the win. Every starter had at least one hit, with Croteau, Dawson Steady (two RBI), Kody Lemieux and Mayerson (two RBI) getting three each. They were followed by two hits apiece by Saladino (drove in four runs) and Carder. Pizzuto, Favreau (two RBI) and Ean Steady each had a hit, while Ean went the distance on the mound, allowing two runs on five hits while striking out seven Lisbon batters.

"Very happy with the way we played offensively today, especially the bottom three in the order with three hits apiece,” said Coach G. ‘If we can continue to play like this, we can compete with a lot of teams."

The Berlin High girls’ track team had three representatives compete in the NHIAA Division III Championships, held in Gilford on Tuesday. Gwen Pelchat was eighth in her heat for the 100-meter high hurdles in 18.60, while her 51.51 the 300-meter intermediate hurdles earned a fourth-place finish overall. Emily Roy also finished fourth in the high jump with a final successful jump at 4’8”.

Meanwhile, the boy's team competed Wednesday with Adam Hodgdon in the shot put and discus; Joe Zimmer in the shot put; Austin Cornish in the javelin; and Brayden Landry in the 3,200 meters run. Results will be in Tuesday's edition, but, if you can’t wait until then, go to Lancer timing for finals results.

Speaking of Joey, he had another very good season of track and field at Keene State College, finishing it off with a trip to the National Division III Championships. I am waiting to hear the results although I do know Joey had a successful regular season throwing for distances of 191'2" and 191'6".

NHIAA playoff action begins with all of our local teams competing in an open bracket format, starting with the DIII Berlin girls’ tennis team at Profile on Friday, followed by the DIII BHS softball team hosting Newfound on Monday; and in Division IV, Gorham softball is at Littleton on June 2.

On a quiet Sunday night this past week, a loud sounding plane was doing some sort of nighttime training at the Milan International Airport. I did some research and hope I got this somewhat accurate and found it was a Bell-Boeing V-22 Marine Osprey, a multi-mission, tiltrotor military aircraft that shook the house and the whole North Country.

This aircraft has vertical and short take-off and landing capabilities and combines the functionality of the conventional helicopter with the long-range, high-speed cruise performance of a turboprop aircraft. It is primarily a military transport aircraft and there are around 400 of them in the Air Force, Navy and Marines. If you think that is impressive, how about this one? The pilot of this particular aircraft flying around on that quiet Sunday night was none other than one of our own, former Milan (West) resident, Milan Village School, Berlin Junior High and Berlin High alumni and student/athlete Ryan Weeks.

Make it a great day Barry Kelley and Nick Brooks!