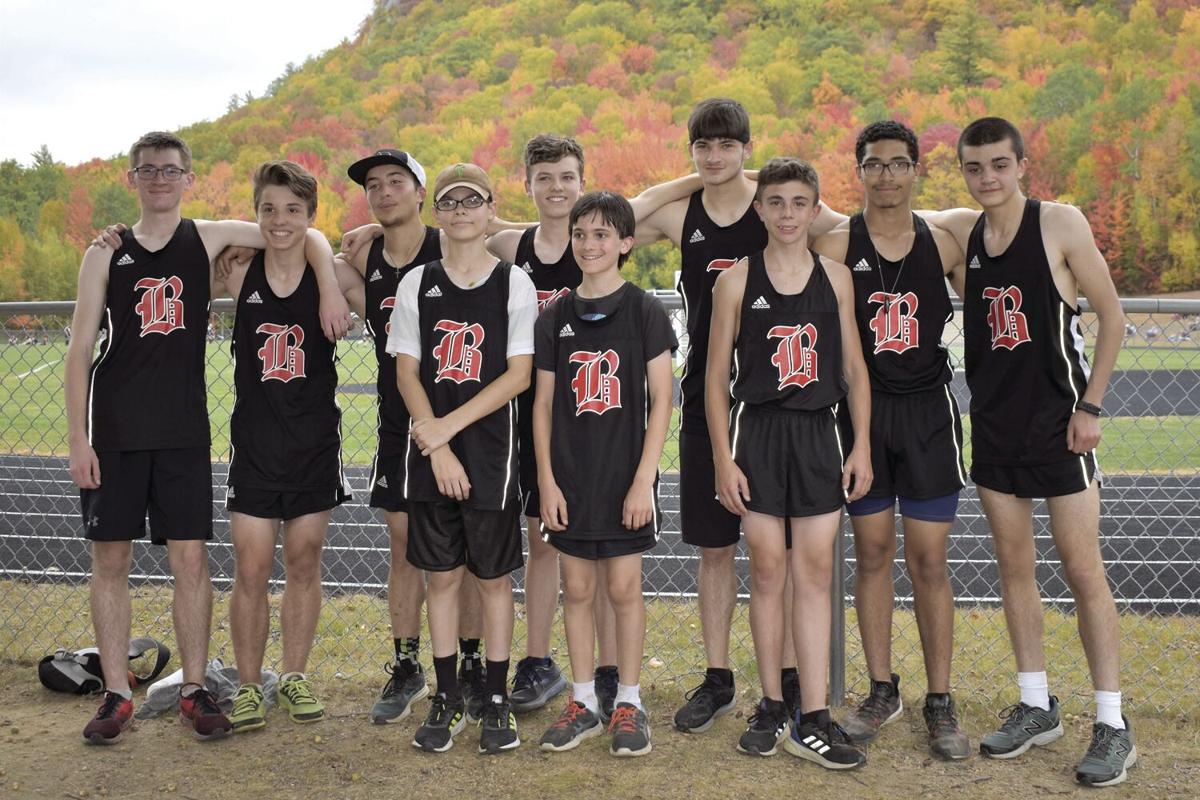 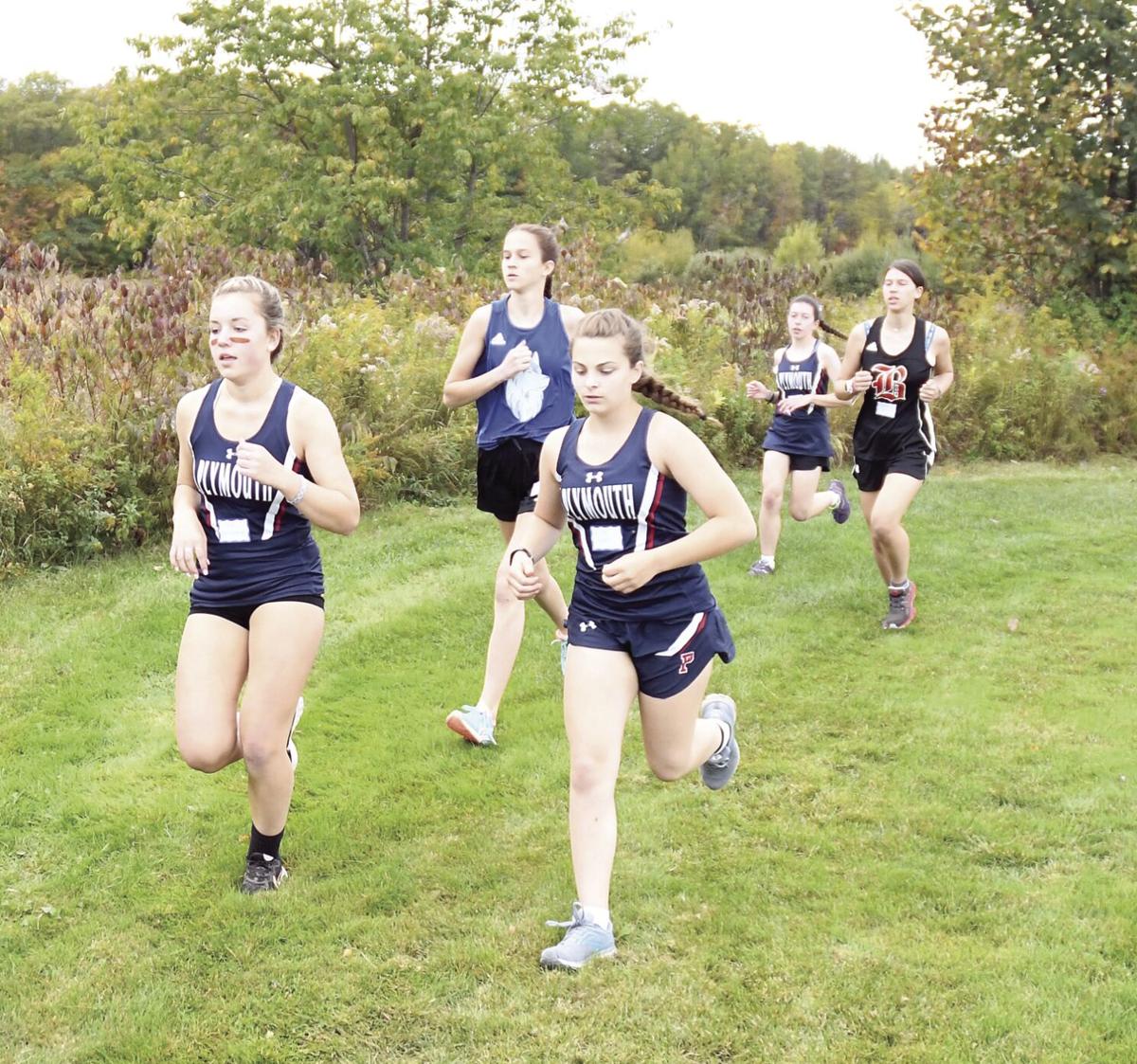 Gorham's Zoe Grondin (second from left) finished eighth overall in 23:08 at the Kennett Invitational in Conway on Saturday, while Berlin’s top finisher was Cora Treiss, who was 12th, covering the 5K course in 24:30. (LLOYD JONES PHOTO)

Gorham's Zoe Grondin (second from left) finished eighth overall in 23:08 at the Kennett Invitational in Conway on Saturday, while Berlin’s top finisher was Cora Treiss, who was 12th, covering the 5K course in 24:30. (LLOYD JONES PHOTO)

BERLIN — Berlin High Coach Bob Lord's boys’ cross-country team opened its season on Sept. 25 with a strong showing against a solid Kennett team and the Mountaineers hope to continue improving each day, each meet as the season progresses.

Due to the COVID-19 pandemic, the schedule is abbreviated as it is in all the local high school programs. The Mountaineers will have three meets against Kennett, two against Pittsburg-Canaan and one with White Mountain Regional.

“He is looking stronger than ever and should have a great year,” Lord said.

Brayden Landry, a junior, returns “with running in his blood and will be in the top finishers all season,” said Lord.

On the girl's side of things, there are only three runners, with five required to score as a team. Those runners include Cora Treiss, Alyssa Delafontaine and Candice Howry.

“All three have been working hard, improving each day and will contribute much throughout the season,” Lord said.

Lord had some help early on from long-time cross country coach from down in southern part of the state in Mike Clark, and has appreciated his expertise and enthusiasm.

The Mountaineers' had two meets last week, competing in the Pittsburg-Canaan Invitational and then traveling to Kennett on Saturday. Both meets proved successful as they totally dominated up north and lost in Kennett to Kingswood Regional by one point, 45-46. At the Murphy Dam, BHS had six of the top 7 finishers and then four finishers from the No. 11 to 17 spots.

No team other than Berlin had enough runners to score, but if you put those teams together and scored them against the locals, Berlin would have won 18-42.

In the Kennett race things were close all the way through but Kingswood managed to squeak one runner in where needed to win by one point.

Lord was pleased with all his runners, saying, "The boys are really fired up with their success thus far. Hopefully, they can keep it going. The team finish at the Kennett race was particularly pleasing, as all competition was from D2 (Berlin is D3)." The Junior Varsity race was won by Berlin's Jeremy Howry with Candice Howry running her best race of the season, and Max Bowman and Brannen Boewe running well, too.

The Mountaineers hosted a meet Tuesday and dominated the race with White Mountain Regional and Pittsburg-Canaan, with neither team having a full compliment of five runners to post a score.

Gorham's Zoe Grondin was the first female runner at 23:33, while Berlin had Cora Treiss coming in fourth at 27:58, followed by Alyssa Delafontaine in fifth, 28:34, and Candice Howry was eighth, 41:48