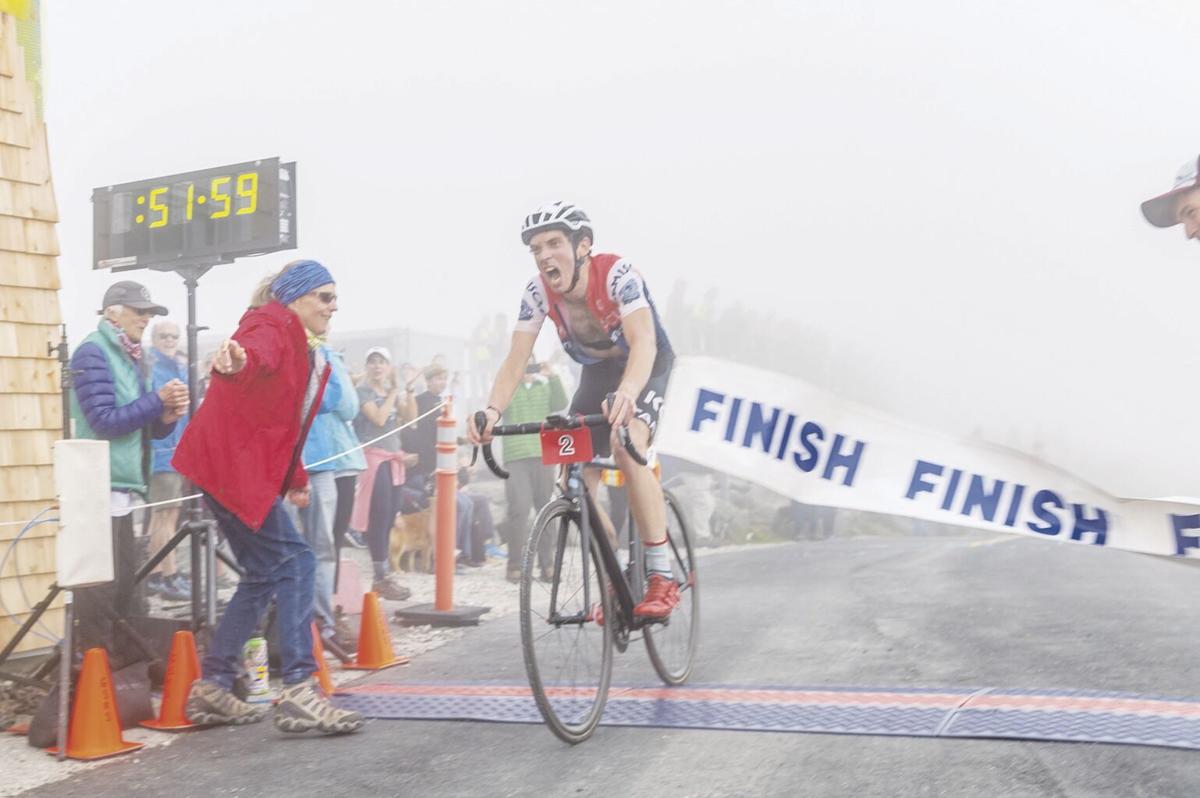 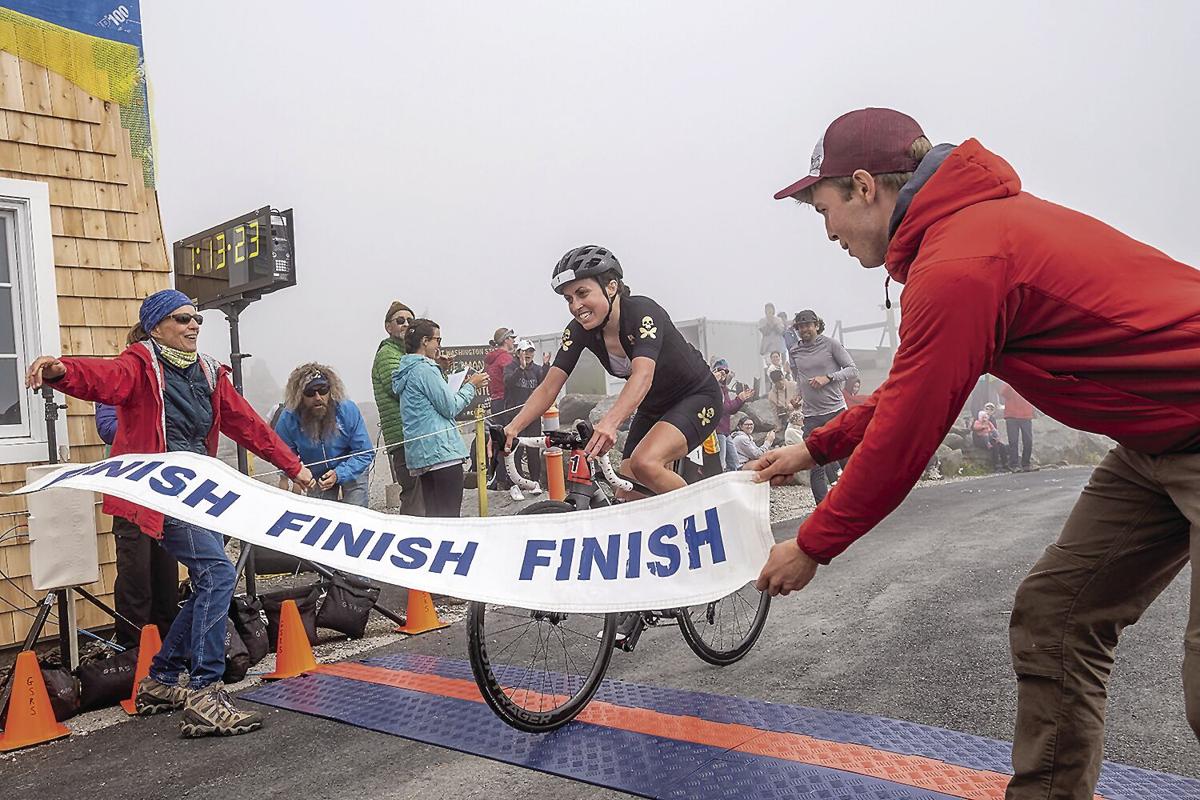 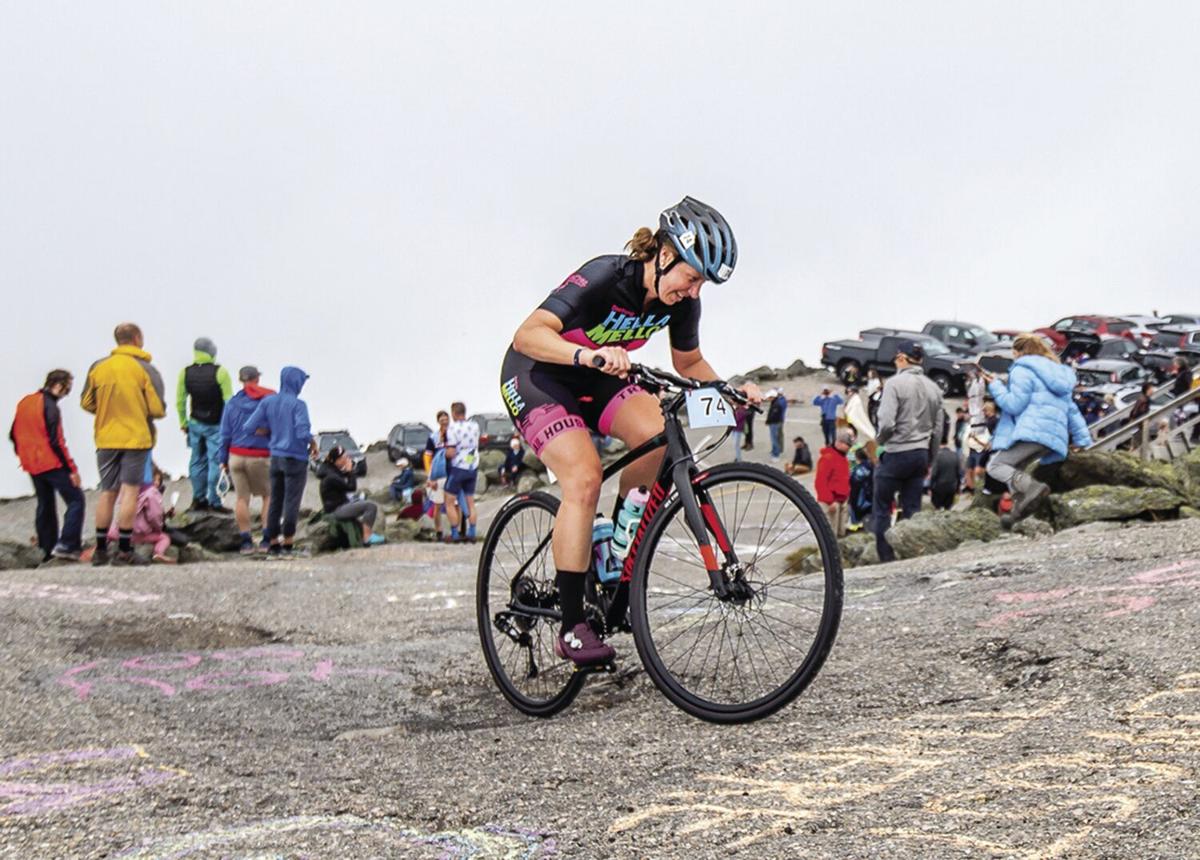 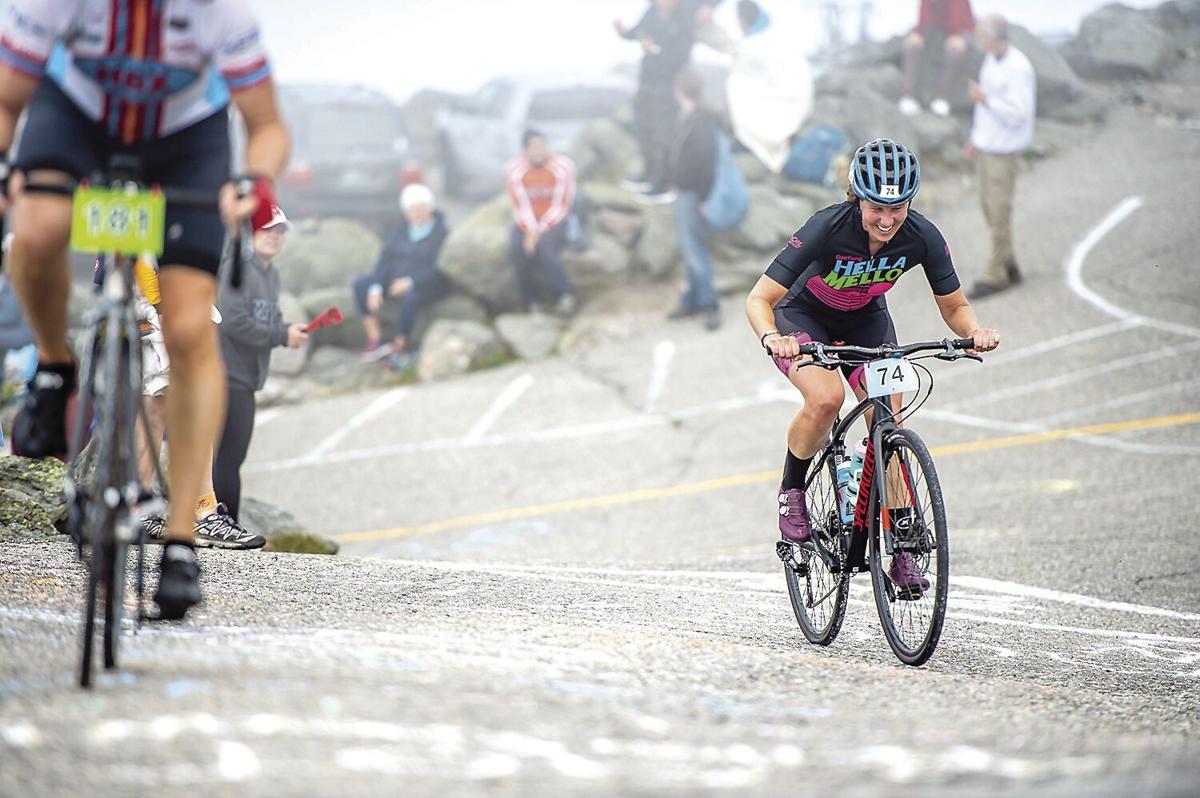 PINKHAM NOTCH — After a year hiatus due to COVID-19, a field of 196 cyclists got back in the saddle for the 48th annual Mt. Washington Auto Road Bicycle Hillclimb on Saturday. And two familiar faces crossed the finish line in first.

For their efforts, Levinsohn and Vasse each won $1,500.

Levinsohn, who had finished second and third in 2013 and 2018, won the Hillclimb in 2019 in 53:42. He employed a similar strategy to that victory on Saturday when he broke away from the lead pack in the second mile and pedaled relentlessly to Mount Washington’s 6288-foot summit.

Levinsohn, who has competed in seven races this year, won the Mount Ascutney Hillclimb in Brownsville, Vt., on Aug. 7. He finished in 23:23 with Jantz hot on his tires, placing second in 24:12.

Already the first person to pedal to victory five times on the Beast of the East, Vasse, was coming off a July 24 victory in the annual Bob Cook Memorial Mt. Evans Hillclimb in Idaho Spring, Colo.

On Saturday, she finished almost 15 minutes ahead of her nearest challenger, Gabrielle Vandendries, 22, of Chestnut Hill, Mass., who crossed the line in 1:20:20, good for 45th overall.

Sydlik competed Aug-5-6 at the USA Cycling Masters Road National Championships in Albuquerque, N.M. She won the time trial in the women’s masters 35-39 age category on Aug. 5, and the road race for her age group the following day.

“Coming off of last year when we had to cancel the race due to the pandemic, we weren’t sure what to expect this year,” stated Jotham Oliver, race director. “We missed the tent, the food and the awards that we’ve enjoyed in previous years, but we were thrilled to be able to offer the race at all in light of the increase of COVID cases due to the Delta variant.”

He added: “Our hope is that next year will more closely resemble previous events as we begin planning and gear up for a big event to celebrate the 50th anniversary of the Bicycle Hillclimb in 2023.”

Piotrow, racing Mount Washington for the third time, was the top New Hampshire finisher. In 2017, he finished with a time of 1:06:57, placing second in the male, aged 1-19 division and 19th overall.

Next up for the former Kennett High standout, Piotrow says he’ll be training for his favorite race, the Green Mountain Stage Race on Labor Day weekend. The four-day event includes a time trial, circuit race and road race. Along the way, riders have to conquer the grueling Appalachian Gap climb. The event finishes with the Burlington Criterium Race. It’s billed as “the largest Pro/Am road stage race east of the Mississippi!”

Mt. Washington Auto Road Bicycle Hillclimb is known as the the toughest hillclimb in the world with an average grade of 12 percent (extended section of 18 percent) and the last 50 yards is an amazing 22 percent grade.

Former Randolph resident and Mt. Washington Auto Road employee Meg Skidmore, 37, now of Ketchikan, Alaska, returned to take part in the race. She placed 15th among the women and 154th overall in the hillclimb with a time of 2:02:52.

Skidmore, a triathlete, was also present last month for the 24 Hours of Great Glen endurance mountain biking competition when it returned Aug. 7-8 after a six-year hiatus with 500 cyclists seeing how many loops of the 8.8-mile course on the trails at Great Glen they could rack up over 24 hours.

Skidmore fared much better in that race, coming in as the top female soloist with 13 laps in 24 hours.

Tilton, a former member of the U.S. World Mountain Running Championship team, actually ran across the finish line with his bike.

"You can make a cyclist out of a runner, but you can’t take the runner out of the cyclist," he joked on FaceBook. "Dropped my chain at the bottom of the wall while cranking out of the saddle trying to pass another guy. Obviously too much power. Unclipped quickly and ran to the summit.”

Riders passed the ghost bike at the 6,000-foot mark. It was placed there in honor of the late Dick Devellian of Jackson who was a big supporter of and participant in the MWARBH. One year, while participating in the Hillclimb, Dick was blown off his bike into the krumholtz at this spot so the race director, along with Dick’s son Leo decided it was a fitting spot to remember Dick.

The Hillclimb is Tin Mountain’s largest fund-raising event, according to its website, and” its cancellation last year impacted the budget. Although the pandemic prevented us from celebrating in style, Tin Mountain turned 40 in 2020. For over 40 years, Tin Mountain has been sharing the wonders of the natural world with students, campers, families and individuals. With your continued participation and support, Tin Mountain will be well-positioned to continue its work for the future.”