Register
Log In
Purchase a Subscription
You have permission to edit this article.
Edit 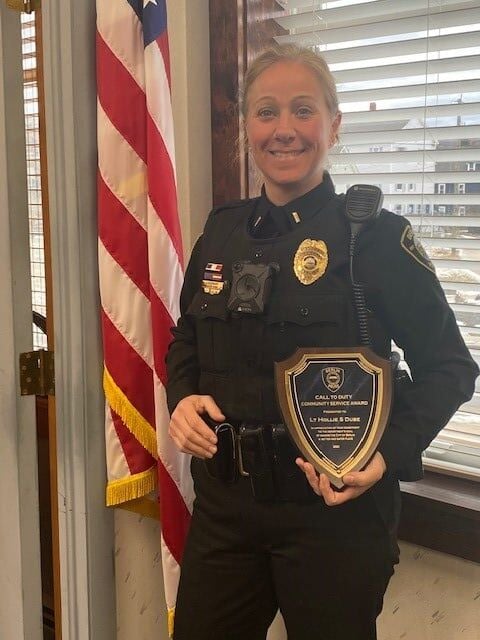 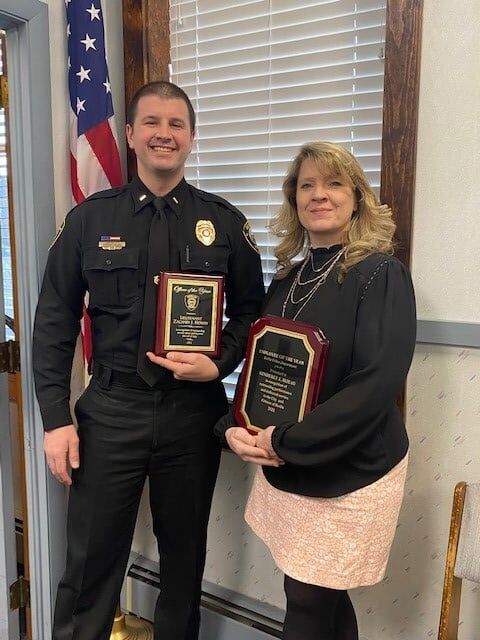 Berlin Police Lt. Zachary Howry was named Officer of the year and Kimberly Bijeau was names Police Employee of the Year. (COURTESY PHOTO) 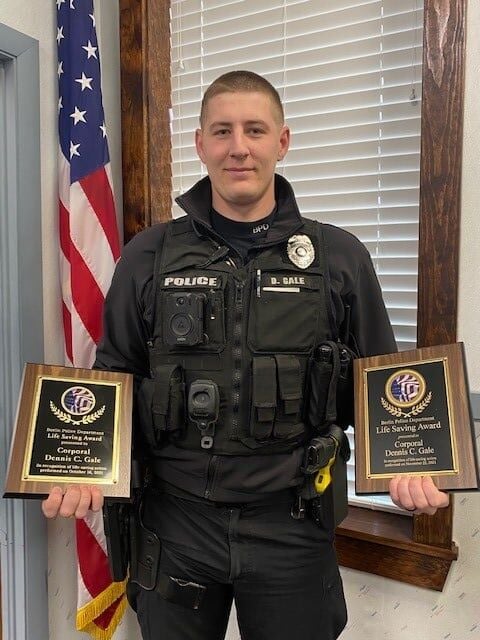 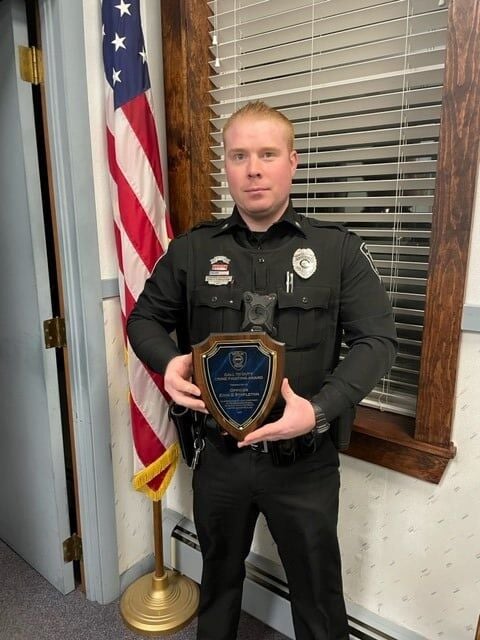 Berlin Police Lt. Zachary Howry was named Officer of the year and Kimberly Bijeau was names Police Employee of the Year. (COURTESY PHOTO)

He was one of four Berlin Police Department employees recognized at the event.

Lt. Hollie Dube was honored with the Call To Duty Community Service Award, Officer Eoin Stapleton received the Call to Duty Crime Fighting Award, Lt. Zachary Howry was named Officer of the Year and Kimberly Bijeau was named Employee of the Year.

Gale was credited for actions he took that likely saved the lives of two individuals.

The first incident occurred on Oct. 16 when he and Officer Michael Pearson were dispatched to an OHRV accident on the Yamaha Trail in Berlin. They were advised that the accident was about 2 miles up the trail and the victim had severe bleeding.

Arriving at the scene, the officers saw a UTV had rolled over and the victim was still inside and several bystanders were attempting to render emergency aid using a belt as a tourniquet on the victim’s arm.

Gale applied a proper tourniquet and then noticed the arm was severely damaged above the elbow and applied a second tourniquet. N.H. Fish and Game said the two tourniquets likely saved the individual’s life. He was transported off the trail and air-lifted to Dartmouth-Hitchcock Medical Center in Lebanon.

Just over a month later, Gale was driving on the East Milan Road in Milan to work at about 4 p.m. when he noticed a white trailer completely engulfed in smoke. As he pulled to the side of the road, he could hear someone yelling inside the trailer while black smoke billowed from the main entrance and windows.

Gale went to the front door and again could hear someone yelling for assistance. He entered the trailer and immediately was blinded by the thick smoke and unable to see more than a few feet.

Gale began to crawl and advised the person to come towards him. The person was screaming that he did not want to leave without his pets.

The intense heat and smoke made breathing tough for Gale and he had to exit the trailer.

As he exited, Gale noticed the person in one of the windows. The person broke the window and asked for help. Gale grabbed his arms and dragged him out of the residence.

The person was covered in soot and was having difficulty breathing. Gale got him a safe distance away and gave Berlin dispatch an update.

During this time, the person re-entered the residence, which was now showing flames at the far end of the trailer.

Gale was able to catch up with him and pull him away. The person was adamant about rescuing his pet.

Gale re-entered the trailer and was able to rescue the pet.

The fire department arrived shortly after, as the residence was almost completely engulfed in flames. Gale would later be treated and released for smoke inhalation.

“On this day, Corporal Dennis Gale demonstrated extraordinary courage in saving a life, at extreme risk to himself,” reads the citation.

Lt. Hollie Dube was recognized with the Call To Duty Community Award for her work to help make Berlin a better and safer place. “Your actions show that you recognize the importance of building relationships and working in partnership with the community we serve,” said her citation.

Officer Eoin Stapleton was honored with the Call To Duty Crime Fighting Award. “Your actions show that you recognize the importance of fighting crime both by preventing it and aggressively pursuing violators of the law,” read his citation.

Lt. Zachary Howry was named Officer of the Year and Administrative Assistant Kimberly Bijeau was cited as Employee of the Year. Both were recognized for their quality work, enthusiasm, completing tasks and assignments on time, displaying a positive attitude, and serving as a role model for others.