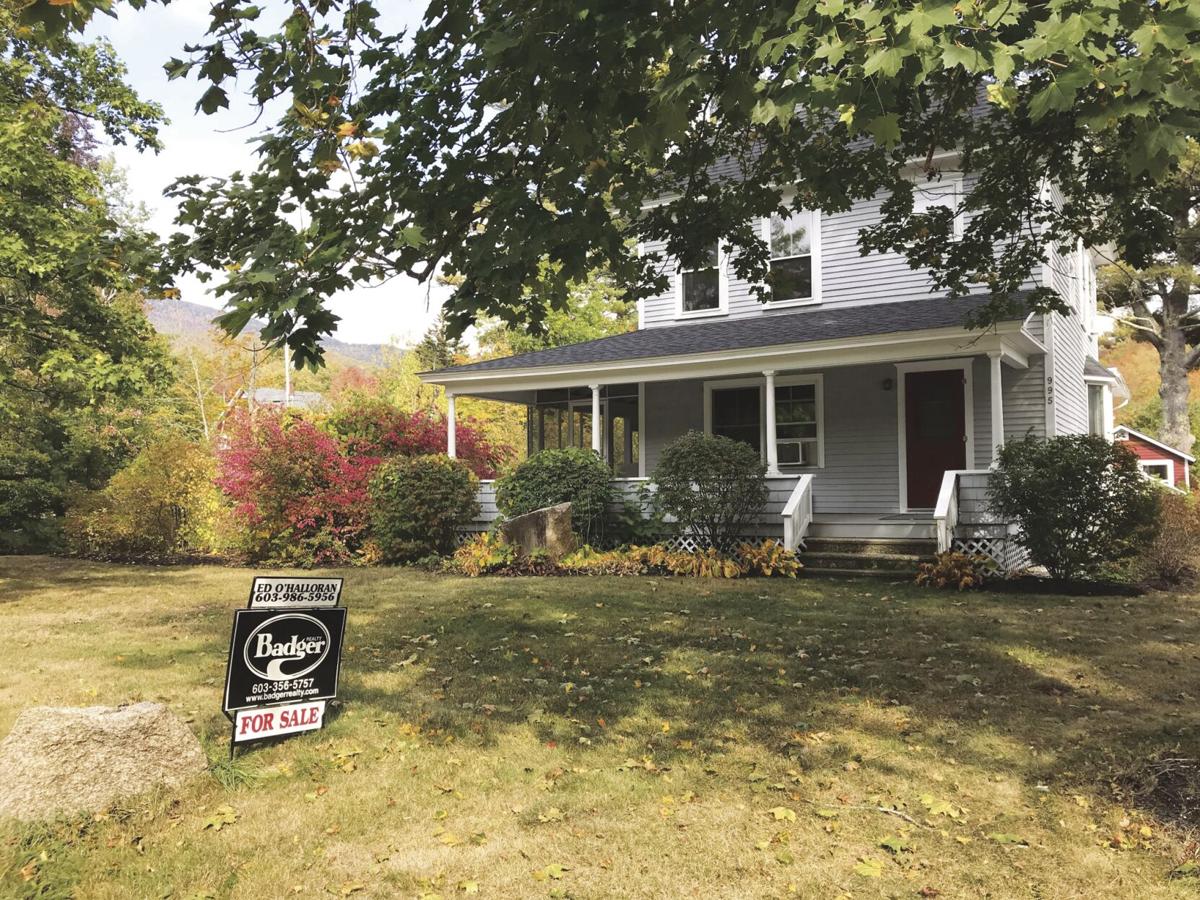 A home for sale in Kearsarge. Realtors are saying they have far less inventory than in past years, in part because buyers are staying put due to COVID and because more people want to buy homes here and they sell fast. (RACHAEL BROWN PHOTO) 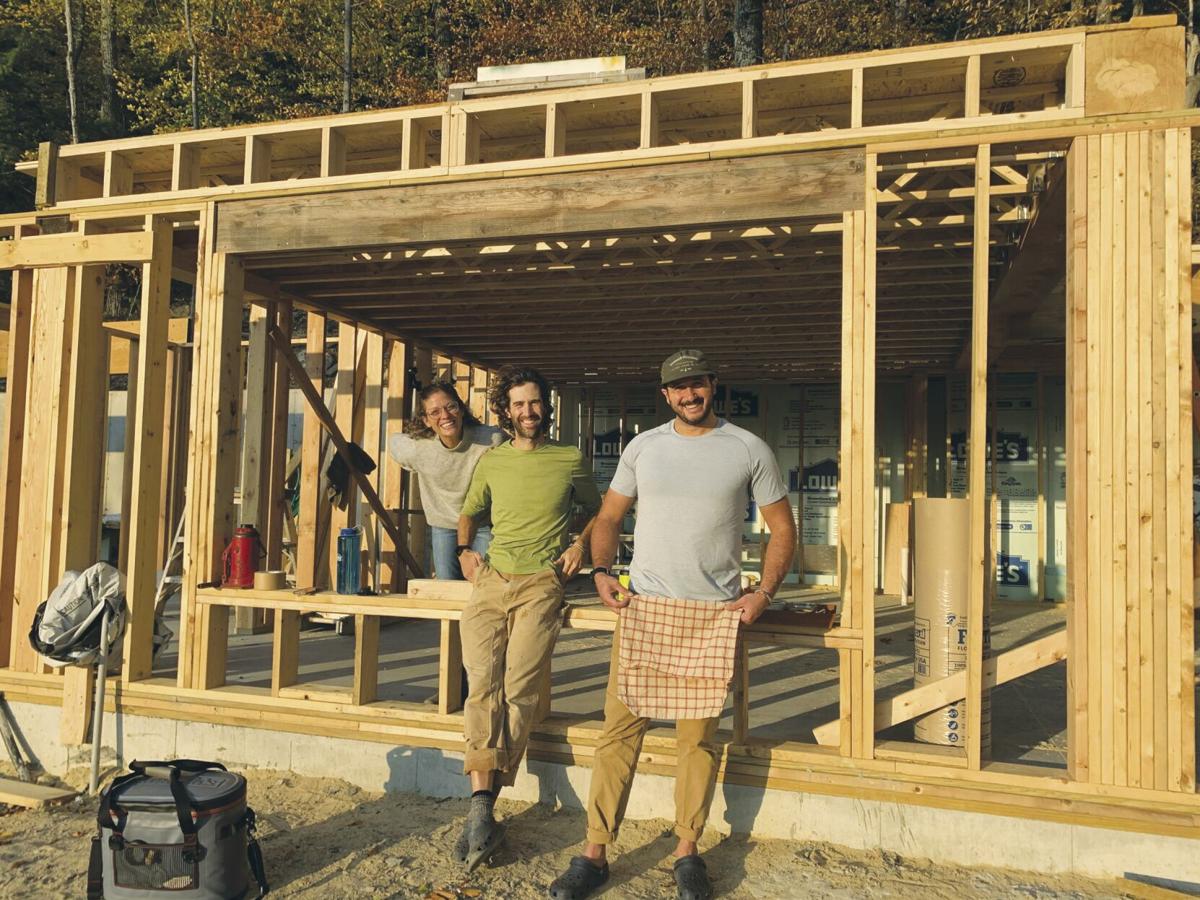 Bob and Jane Vanderlin's children: Sara Mruz, Todd Vanderlin — who are moving to North Conway from Cambridge, Mass., — and Davis Vanederlin in front of the house the Vanderlins are building. (RACHAEL BROWN PHOTO) 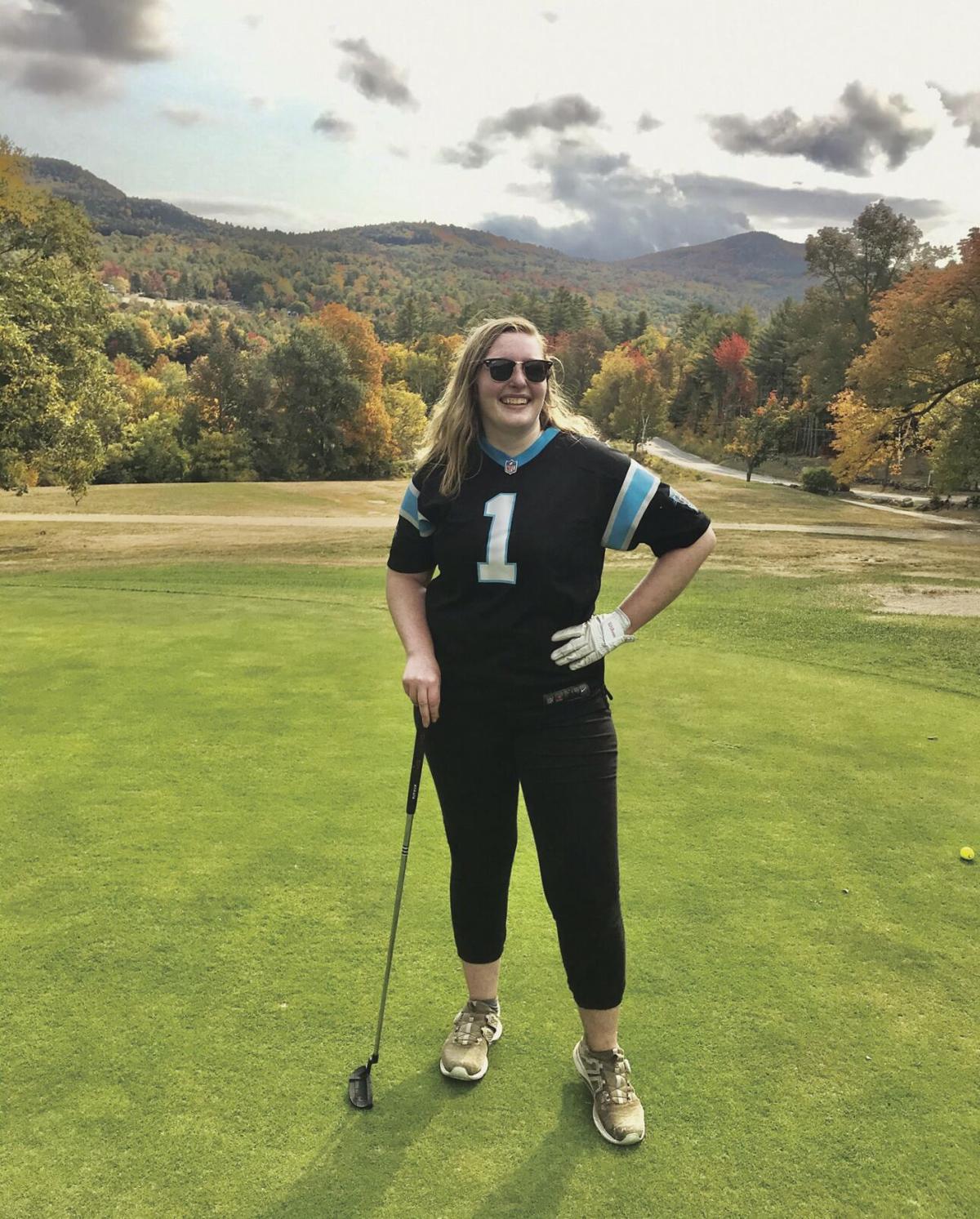 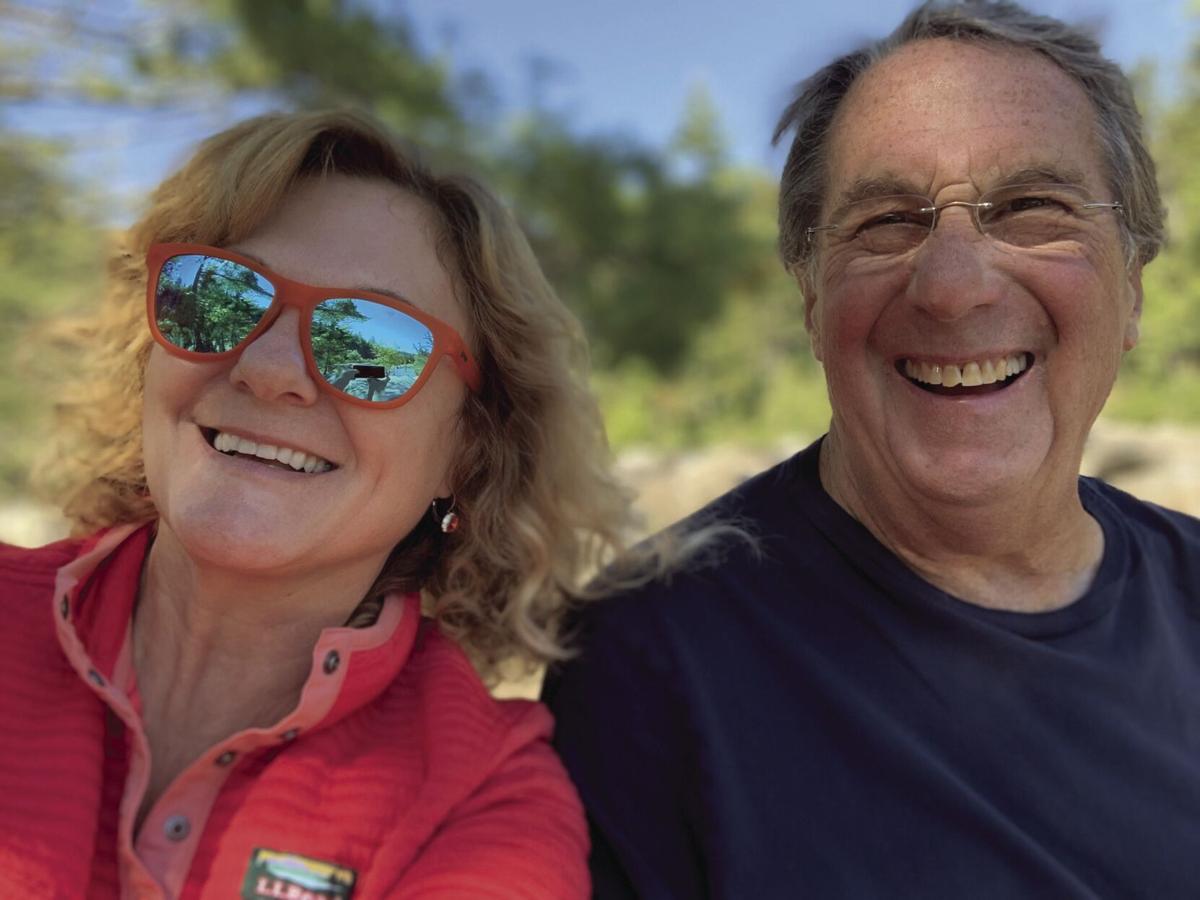 Baby Boomers Jane and Bob Vanderlin are trading up from their ski home to building a full-time home in Bartlett. (COURTESY PHOTO) 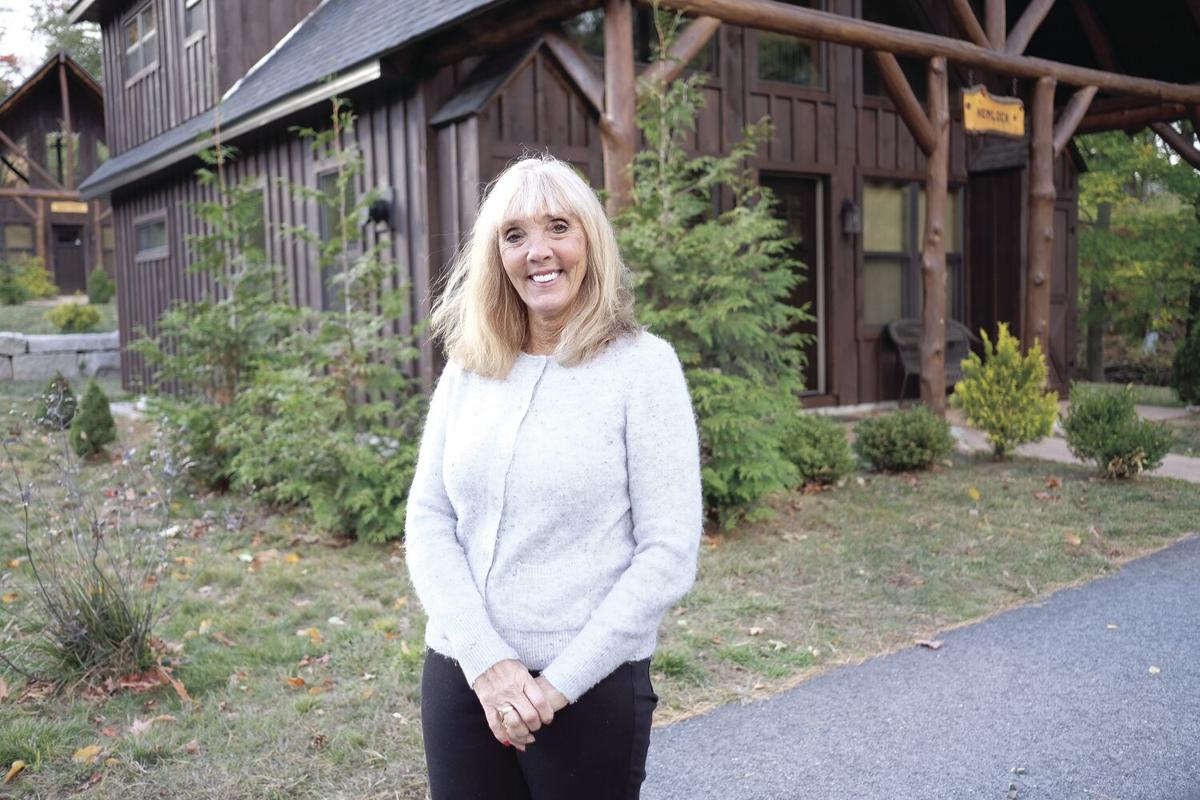 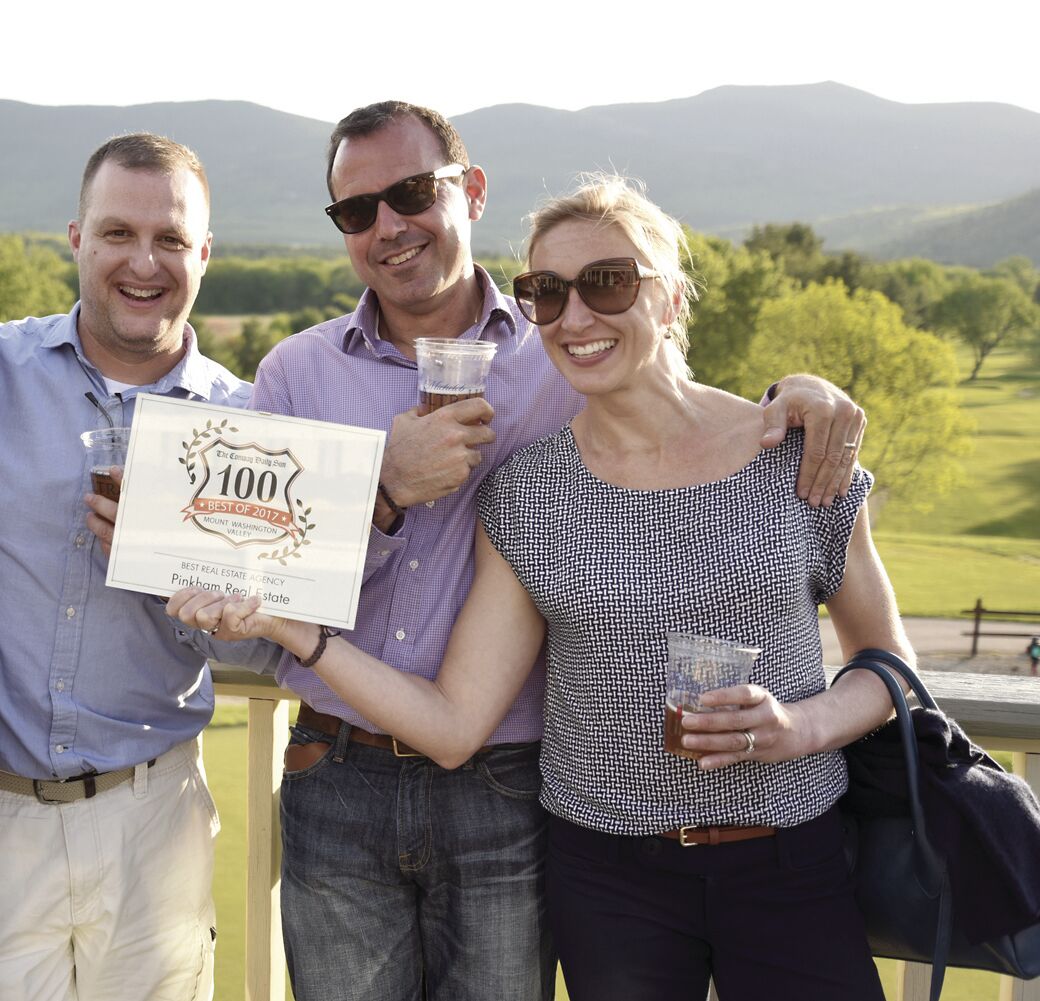 A home for sale in Kearsarge. Realtors are saying they have far less inventory than in past years, in part because buyers are staying put due to COVID and because more people want to buy homes here and they sell fast. (RACHAEL BROWN PHOTO)

Bob and Jane Vanderlin's children: Sara Mruz, Todd Vanderlin — who are moving to North Conway from Cambridge, Mass., — and Davis Vanederlin in front of the house the Vanderlins are building. (RACHAEL BROWN PHOTO)

Baby Boomers Jane and Bob Vanderlin are trading up from their ski home to building a full-time home in Bartlett. (COURTESY PHOTO)

That’s the triple-word mantra of the real estate world. Though there is disagreement about the term’s origin — perhaps it was published in the Chicago Tribune in 1926, or perhaps coined by Lord Harold Samuel in Britain 1944 — one thing is for sure: Our location is drawing buyers to the Granite State in droves.

According to the New Hampshire Realtors’ August report, the actual number of sales were slightly down from the same month last year. However, this August’s $800 million total — with properties having a median selling price of $349,450 — represents the highest sales month in the state’s history.

Coos and Carroll counties are very much part of this boom.

The median sales price for single-family residences in Carroll County was $294,250, up 13.2 percent year over year.

The robust market raises the following questions: How much of the new activity is being driven by the coronavirus pandemic? Who, exactly, is moving into our villages and towns, and will they stay? And how healthy is lending in today’s new realty reality?

Here’s a look at the impact and what’s driving the phenomena.

“There is such little inventory. People (buyers) are out digging at a frantic pace,” stated Evelyn Whelton, retail lending sales manager of the Bank of New Hampshire.

Brenda Leavitt, managing partner for Badger Realty, with offices in North Conway, Jackson and Berlin, believes several factors are influencing the lack of inventory in this market.

Josh Brustin, owner/principal broker of Pinkham Real Estate in North Conway, said: “With COVID-19, there are so many people wanting to get away from the cities and purchase a place here. And the people who have homes here think it is a safe haven. They are living in a place where they want to be. Some have children who are doing remote learning. Even though the home values are high, they are living in a place that feels protected. They are not selling.”

“The vacation home owner says, ‘I am not selling, I don’t want to be in the city.’ What better environment to hike bike ski, canoe, kayak? This change of mind has contributed to the small inventory,” said Leavitt.

“Homes are selling in the same week they are listed,” stated Jerry Hamanne, a Realtor with Badger Realty in Berlin (in Coos County) and owner of The Inn at Bowman Bed and Breakfast in Randolph.

“Buyers have to have their ducks in a row — to be ready to strike and to be on top of their game,” he said.

“Buyers are getting pre-approved for loans so they are ready to go without contingencies. The rates are very reasonable, lowest interest rates ever.”

“The mortgage rates are the absolute lowest in our history, running between 3 percent and 3¼ percent, with good credit and no points,” the Bank of New Hampshire’s Whelton explained.

“But every loan price is based on loan characteristics. People can come in with the same debt, same credit, but the difference in loan rate is based on whether this is a single residence, a condominium or HUD property.”

Whelton noted that the rates follow the bond market. The government is investing heavily to help keep rates low, to stimulate volume and, since the pandemic, to stabilize the market.

“Go back to 2006, and I thought the only place rates could go were up,” she said. “In fact, nationwide in August, lenders closed the most mortgages since 2006. In the heyday of the early 2000s, anyone could get a ‘no document’ mortgage. A buyer just said what their income was, and there was no verification; if they had good credit, the loan was granted.

“People took the no-income, no-asset route. We called it NINA. We know that didn’t work out,” Whelton said.

Today, even as unhealthy as a pandemic is, the lending industry has safeguards to remain healthy.

“As a whole, we are much healthier in this downturned economy,” Whelton said. “We have guard rails that didn’t exist in 2006. I can say I make $5,000 a month, but this time around, the banks have to verify. We have to know if this person can pay, and we look at their earnings for a couple of years.”

Whelton noted that the banks have been verifying for the past 10 years. Credit terms have become stricter, minimum acceptable credit scores are higher.

With low inventory, one would think that banks wouldn’t be as busy.

“Not all of our business is purchases; it is refinancing also,” Whelton said. “All lenders are at maximum capacity. Purchases combined with an extremely healthy refinancing market is keeping us so busy.”

Lenders and real estate agents both say it is multigenerational buyers who are scooping up property, but the boom isn’t good for all.

“It is a challenge because the inventory is so low,” said Whelton,

Realtors say buyers are mixed in age and come from many other places.

“Most people are out-of-towners, trying to get out of the cities, purchasing second homes. They can afford a second home. The prices are around $100,000 in Berlin and of course not comparable to other New Hampshire prices,” stated Hamanne. He added: “This is a real shot in the arm for us.”

Corinne Ray, who owns Ray Realty Keller Williams Lakes and Mountains with husband, Mark Ray, said the Mount Washington Valley is attracting those who can work from home.

“People who can work virtually would rather live here. Skiers, in particular, are looking forward to knowing they will have a vacation home for skiing. Especially now since they know the slopes will be open, with restrictions,” Ray said.

Similarly, in mortgage banking, no predictions yet.

“It feels like we have been in this (pandemic) a long time. The pandemic changed how second-home owners saw how they want to live. Six months does not a trend make, this hasn’t played out yet,” Whelton concluded.