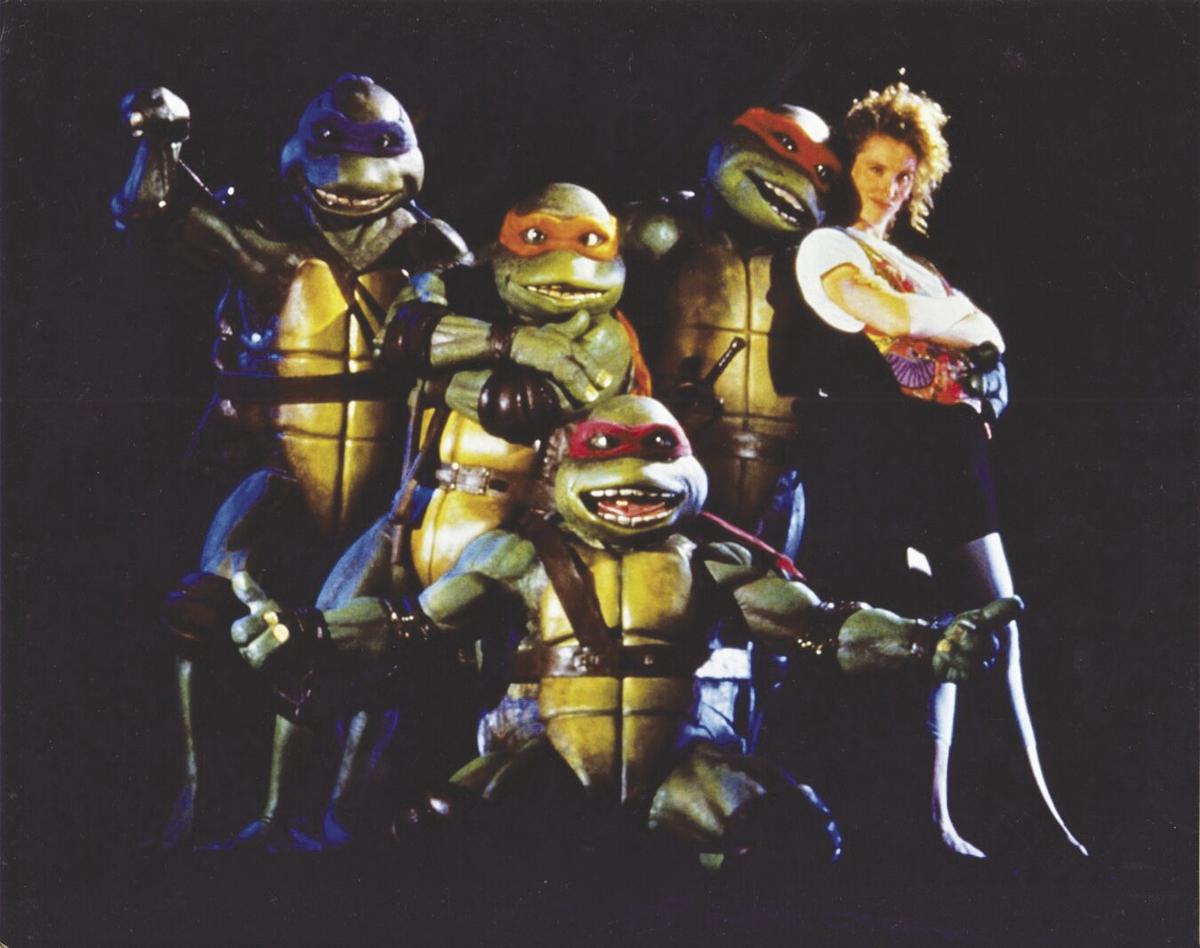 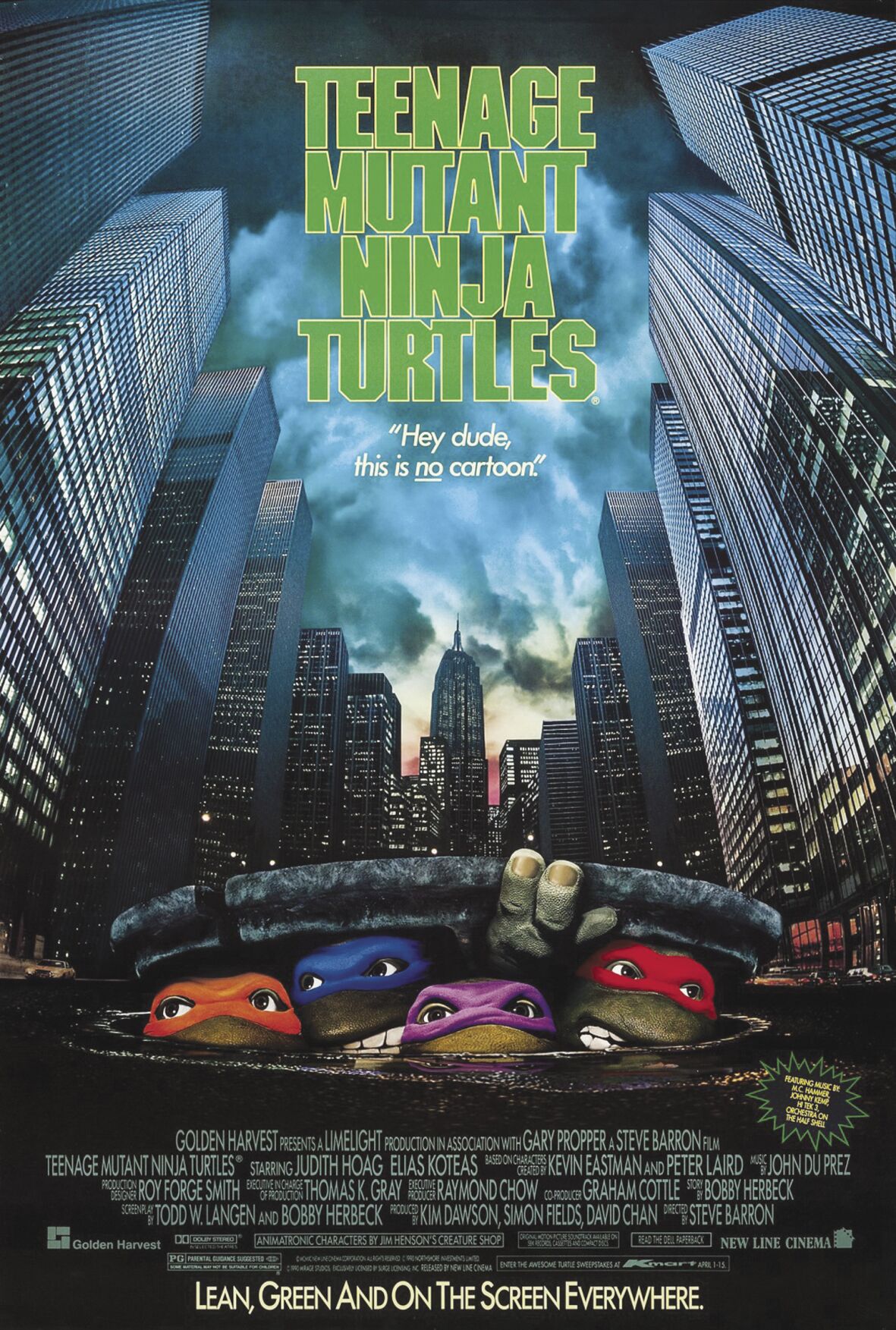 The live-action "Teenage Mutant Ninja Turtles" film released in 1990 was more of an adaptation of the comic book by Kevin Eastman and Peter Laird than the popular cartoon series. (COURTESY OF NEW LINE CINEMA) 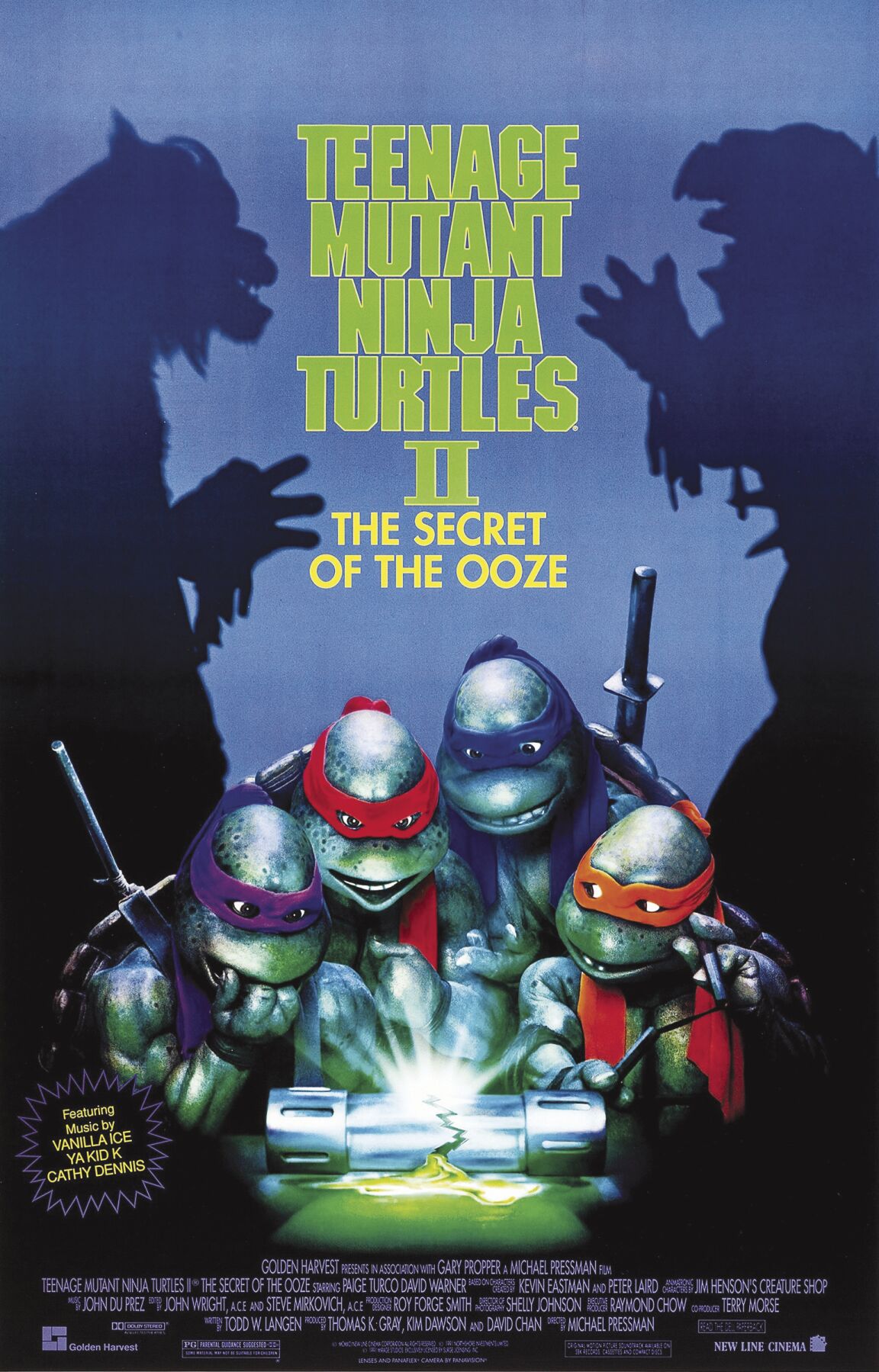 "Teenage Mutant Ninja Turtles II: The Secret of the Ooze" came out in 1991, almost exactly a year after its predecessor. (COUTESY OF NEW LINE CINEMA)

This year marks the 30th anniversary of the release of the original “Teenage Mutant Ninja Turtles” film, which became the most successful independent film released to date.

It may seem strange now, but even with the popular cartoon and toy line, no major studio wanted to put money into a “Ninja Turtles” movie. “Masters of the Universe,” another film based on a cartoon/toy, had just bombed, so the reluctance was somewhat understandable. Plus, the premise of human-sized ninja-fighting turtles named after renaissance painters can be a tough sell.

Upon its release, it was largely dismissed by critics as a cynical cash-grab to sell more toys and video games. Many seemed to be unaware of its comic book origins which were a far greater influence over the film than the cartoon series created in 1987 to help sell toys. In fact, Roger Ebert spent the first two paragraphs of his review talking about the Nintendo video game.

“There are said to be many levels to the video game, but I succeeded in penetrating only to the second before I realized I had to abandon Ninja Turtles that instant, or risk permanent psychic damage,” Ebert wrote.

At least Ebert gave credit where credit was due and admired the production design by Roy Forge Smith. That’s more than can be said of some of his colleagues.

Ebert’s partner in criticism Gene Siskel wrote “the only thing this film has going for it is its improbable title and title song.”

Michael Wilmington of the Los Angeles Times acknowledged the comic book origins but focused on the film being nothing more than a marketing tool.

“It’s a product, a commodity, a toy tie-in, a trailer for the comics, an advertisement for the cereal,” wrote Wilmington. “It’s a naked sell. Without Jim Henson and his crew, it might as well have been “Cheerios: the Movie” or “The Mad Adventures of Captain Crunch.”

Owen Gleiberman of Entertainment Weekly was less kind, writing “I don’t mean to get all baby-boomer nostalgic on you, but remember when entertainment for children had soul?”

In truth, the film is one of the more faithful film adaptations of a comic book with several scenes being pulled directly from the pages of Kevin Eastman and Peter Laird’s comics.

The turtles made their debut in 1984 at a comic convention in Portsmouth, N.H., in a dark, gritty comic book meant to parody other popular comic books of the era, including “Daredevil” and Frank Miller’s “Ronin.” The small 3,275 print of the first issue, which depicted the brutally violent feud between the turtles and a ninja gang leader known as the Shredder, sold out quickly and the characters developed a cult following.

This led to a toy line and the lighter-toned 1987 cartoon to promote it. The merchandising bonanza blew up from there.

It would have been easy for the filmmakers behind 1990’s “Teenage Mutant Ninja Turtles” to simply churn out a quickie cash-in (that would come later in the sequels). Instead, the film is made with genuine craft and care.

The most striking element about the film was how dark it was both visually and in tone. The filmmakers chose to blend the broad tone of the cartoon with the more intense elements of the original comic book. The approach worked surprisingly well.

Director Steven Bannon and cinematographer John Fenner, taking cues from Tim Burton’s “Batman” a year earlier, create a grimy version of New York City. Shadows are often utilized to give the film a moody atmosphere in line with a crime film of the ’70s or ’80s rather than a sunny cartoon.

Created by the Jim Henson Creature Shop, the turtles and their mentor, the rat Splinter, are remarkably convincing. Sure, they are guys in rubber suits with puppet heads, but thanks to the design and implementation of it, it works.

The turtles are surprisingly expressive. An introspective exchange between Michelangelo and Donatello while waiting for a pizza delivery rivals Yoda in “Empire Strikes Back” for excellence in emotive puppetry.

These incarnations would stick around for “Teenage Mutant Ninja Turtles II: The Secret of the Ooze,” but the Jim Henson versions would be replaced for the third film. The switch was noticeably cheaper, particularly for Splinter. There have been sock puppets that are more believable.

Of the non-costumed actors, Elias Koteas as the hockey mask-wearing vigilante Casey Jones makes the most lasting impression. His introduction, a fight scene with the hot-headed Raphael, is an amusing highlight lifted directly from the pages of the comic.

While “Ninja Turtles” relies too heavily on “Star Wars” thematically and the timeline of the events feels overly compressed, the script by Todd W. Langen and Bobby Herbeck take the material as seriously as can be possible given the silly premise.

There’s a lengthy respite at a farm with their allies April O’Neil (Judith Hoag) and Casey. In this sequence there’s time for reflection and character development. I like to think Joss Whedon borrowed this for a similar sequence in his “Avengers: Age of Ultron.”

Complaints of too much violence from parents led to a watered down sequel a year later. In “Secret of the Ooze,” the turtles rarely use their weapons. Instead, they use more innocuous found items to fight with such as sausages in lieu of nunchucks.

But “Secret of the Ooze” has its charms — including character actor David Warner — and qualifies as a guilty pleasure. While being goofier in tone and offering little time for introspection, “Secret of the Ooze” is a fair continuation of the story elements in the first film as long as you ignore the appearance of Vanilla Ice and the “Ninja Rap.”

But the third film gives up any pretense of being serious with a plot that sends the turtles back to feudal Japan. The story of the third film isn’t in itself bad, but the script relies too heavily on pop-culture references that we already dated in 1993.

In 2007, a CGI semi-sequel was produced that attempted to regain a serious tone while retaining a sense of humor but was marred by an incomprehensible plot. The film does get the rivalry between Leonardo and Raphael right though. They have a showdown that is worth seeing even if the rest of the film is not.

The pair of Michael Bay-produced live-action reboots in 2014 and 2016 are a mixed bag. The first one is an abysmal collection of cliches, but its sequel, “Out of the Shadows,” is basically a live-action adaptation of the cartoon and, on that modest level, is fun.

Oddly enough, the best “Ninja Turtles” film since the original is last year’s animated direct-to-DVD animated feature “Batman vs Teenage Mutant Ninja Turtles.” Adding the turtles into the Batman universe allows them to return to their darker roots. For fans of both franchises, it is a must see.