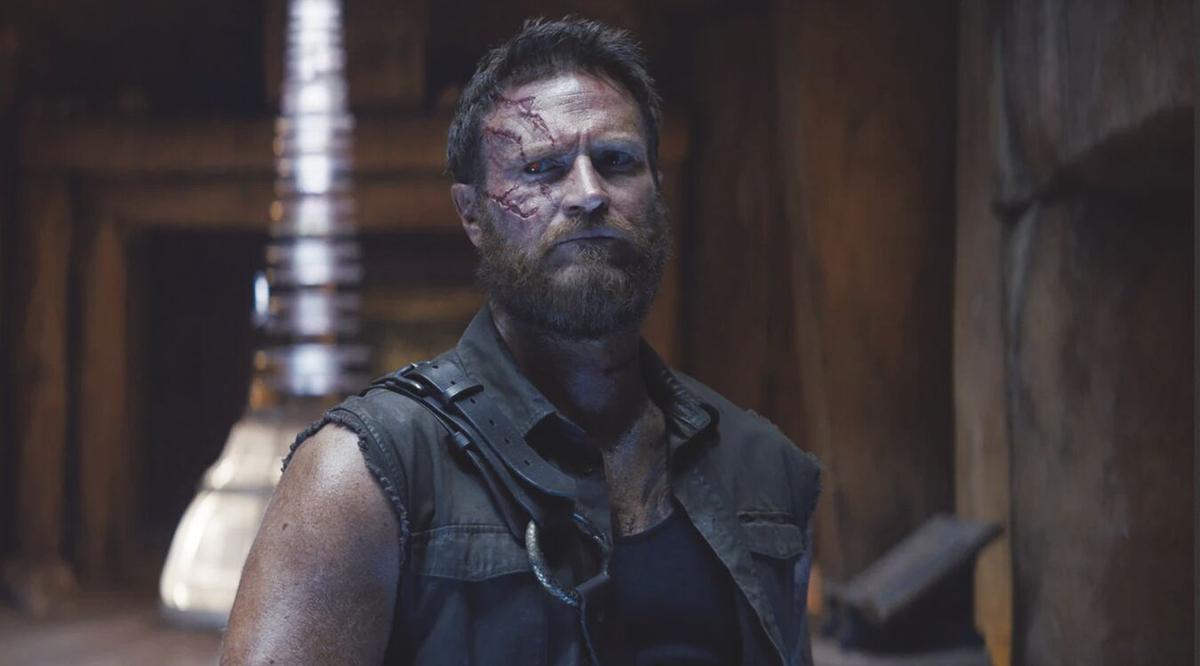 “Mortal Kombat,” one of the most successful and longest running video game franchises, returns to the realm of live-action film for the first time since 1997’s hilariously awful “Mortal Kombat: Annihilation.” Despite an R rating promising to deliver on the gory goods the game is known for, the movie is a disappointment.

Movies based on video games do not have the best track record. Although, recently, films like “Pokemon: Detective Pikachu” and “Sonic the Hedgehog” have bucked the video game movie curse.

The original “Mortal Kombat” in 1995 was one of the first movies to adapt a video game, and it still remains one of the best. Yes, there’s a 90s cheese factor (which may actually be an asset at this point) and dated CG effects, but the film has energy, a sense of humor, memorable set pieces and solid performances, most notably from Christopher Lambert as Lord Raiden and Cary-Hiroyuki Tagawa as the villainous Shang Tsung.

But the 1995 installment’s PG-13 rating meant the film was a largely bloodless affair, which was a letdown for fans of the notoriously bloody game.

The 2021 film promised to rectify that, and it does. If that’s all you care about, you’ll get that. But the moments of gore — Sub-Zero (Joe Taslim) freezing an opponent's blood splurt and using it to stab him, a sharp-edged hat being used as a buzz saw, limbs being ripped off, hearts being ripped out and heads crushed — are few and far between.

Unfortunately, it is all so drab looking. A more absurdly over-the-top approach to the gore would have been more crowd pleasing. Instead, there is an over reliance on CG blood that lacks the impact of fake blood done with practical effects. Think Quentin Tarantino’s approach in “Kill Bill.”

While the fights are fairly well-staged with some memorable moments, none are really presented with much flair and, again, the stretches between them are long and dull.

The plot of “Mortal Kombat” is pretty basic. Forces of good and evil battle it out for the fate of Earth. If Earth’s defenders don’t prevail in the titular tournament, our world will be overrun by the warriors of Outworld. It shouldn’t be difficult to deliver on that simple premise.

But after all the teasing, there is no tournament. Instead, the evil Shang Tsung (Chin Han) is sending his minions to dispatch Earth’s defenders in advance of the tournament because if Earth has no defenders, they lose the tournament by default.

A new character, Cole Young (Lewis Tan), is introduced into the “Mortal Kombat” lore, as the main protagonist. He is Scorpion’s grandson. I’d say this is a spoiler, if it wasn’t so obvious, despite the film acting as if it’s a surprise. Cole’s lineage amounts to nothing. The two fight side-by-side, and it has zero resonance. Obviously, you don’t expect a “Mortal Kombat” movie to be deep or profound but you need some emotional investment.

What makes this frustrating is that the movie does try to set up a dramatic arc with an engaging, well-shot prologue set in ancient Japan that establishes the rivalry between Hanzo Hasashi (Hiroyuki Sanada) and Bi-Han (Taslim), the future Scorpion and Sub-Zero. While there is climatic showdown between these characters, it doesn’t have the emotional payoff that one would hope for.

The script by Greg Russo and Dave Callaham spins its wheels and the characters are bland and lifeless. You feel bad for the actors who are trying their best to bring something to nothing.

The exception is Josh Lawson’s Kano, a foul-mouthed, Australian blowhard who has genuinely funny dialogue that he delivers perfectly. He steals every scene. Brooks, who played James Olsen on The CW’s “Supergirl,” also gets a couple good lines and exudes some charisma.

Han is a complete dud as Shang Tsung. He isn’t remotely intimidating, which is a problem given he’s the main antagonist. Tagawa’s Shang Tsung in the 1995 film had appeal and magnetism while also seeming like an actual threat. He was a fun villain

And therein lies the biggest problem with the “Mortal Kombat.” With the exception of Kano, there’s little fun or humor. It is replaced with a serious, self-important tone that isn’t supported by the bland characters and inert direction by first-time feature Simon McQuoid. Even the score, replacing the original’s memorable techno themes, is generic and lifeless.

Shang Tsung is known for stealing souls. In the case of the new “Mortal Kombat,” there’s no soul to take. While you’ll hear the familiar catchphrases and see the character's signature moves, this is far from a flawless victory.

“Mortal Kombat” is available on HBO Max and in theaters.