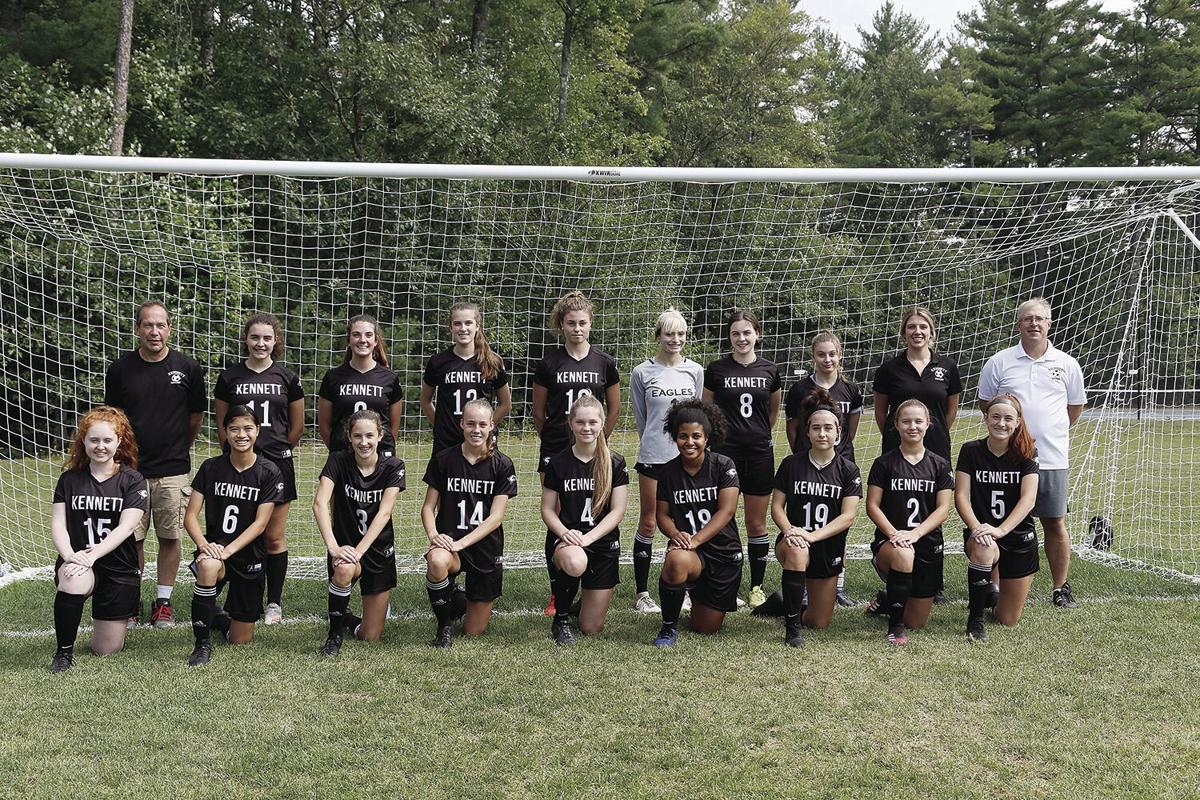 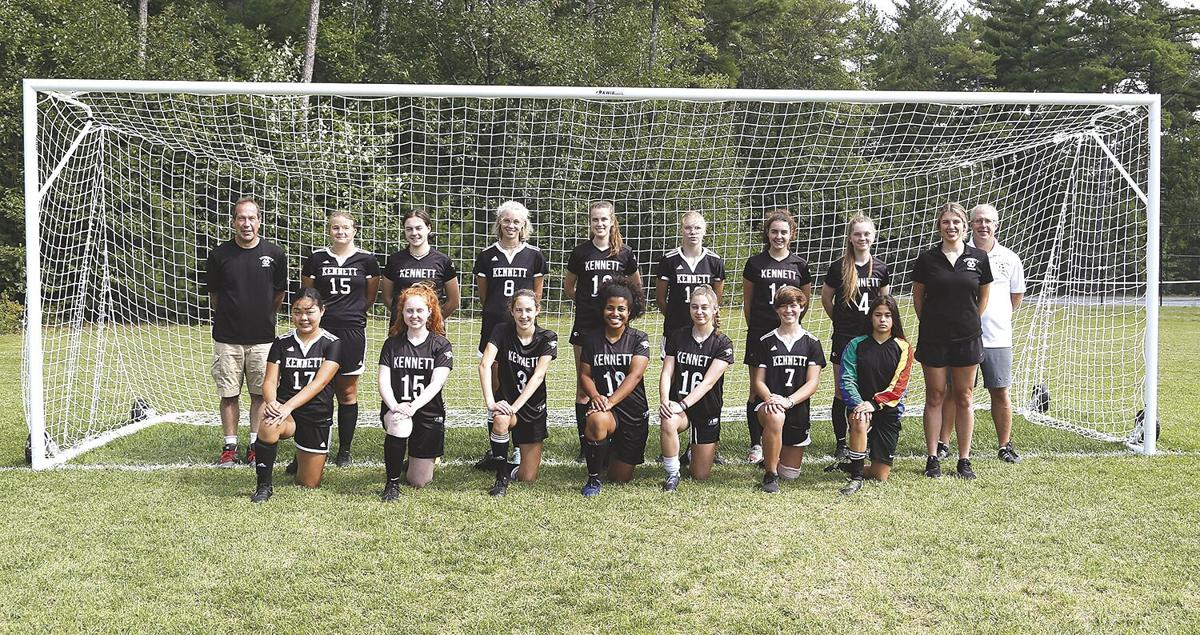 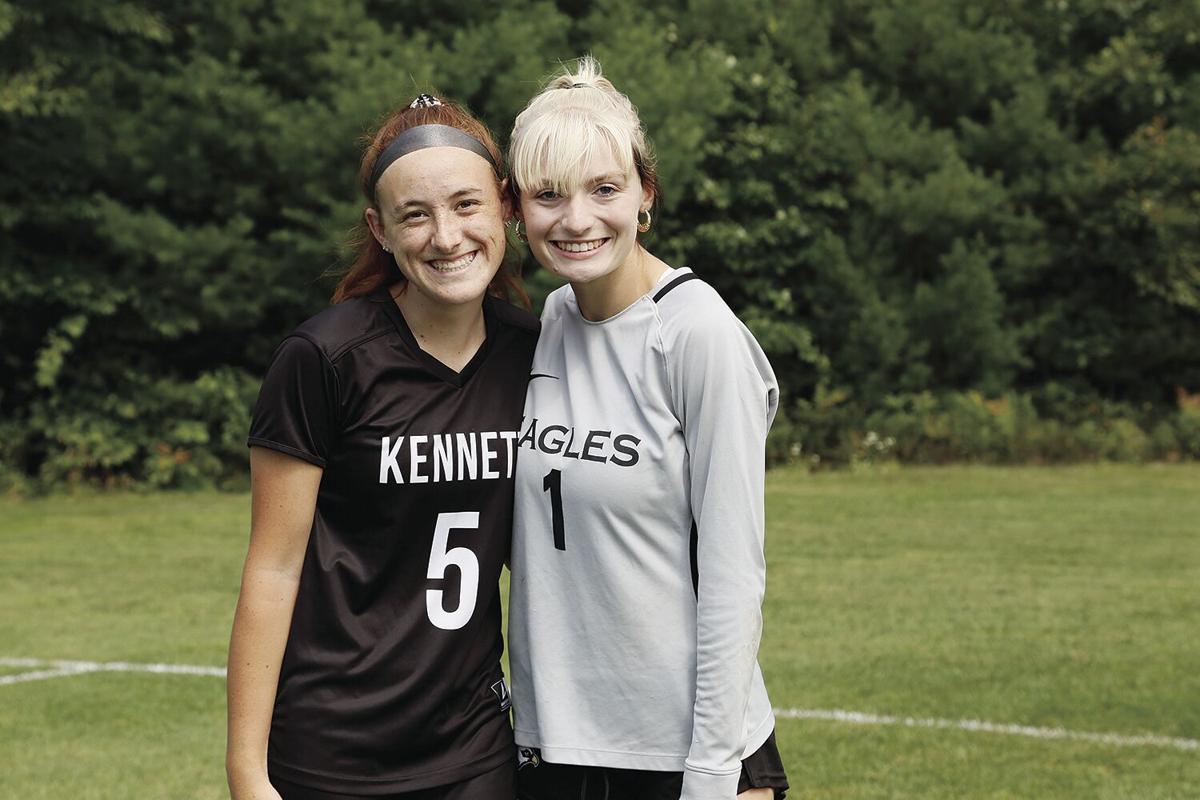 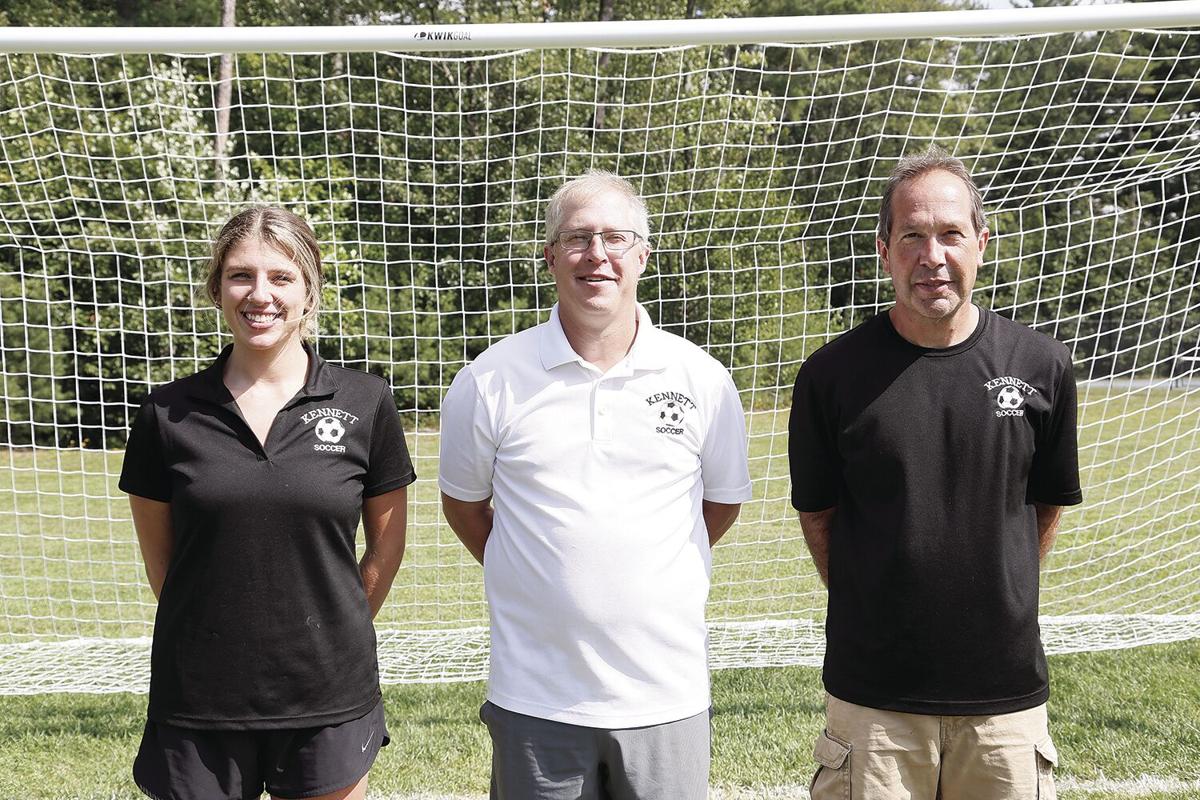 CONWAY — Coming off its best season ever and with a host of talent returning, the Kennett High girls’ team enters 2021 with some lofty expectations but the Eagles are up for the challenge.

“We believe in the power of Kennett soccer,” Coach Ron Krieger said. “We’re all looking forward to this season and eager to see what we can do.”

The Eagles opened the season on the road in Peterborough and played hosts ConVal to a 1-1 draw on Aug. 27, and followed that up with a 5-0 win at home over rival Plymouth on Sept. 1; a 1-1 tie with Sanborn at home on Sept. 3; and a 2-1 loss at Hollis-Brookline on Tuesday.

Last year, in the COVID-19-shortened season, Kennett went 9-3 (5-10-1 in 2019), posting its highest win total in the program’s history, which dates back to 1981. The Eagles also put together their longest win streak by winning eight matches in a row.

“What a season,” Krieger posted on Facebook. “I’ve always enjoyed soccer, always enjoyed coaching soccer; never has a team made me love being part of soccer more!

Emily Kenny, a standout defender, was named to All-State, First-Team.

Aida Wheat, a forward, was selected to All-State, Second-Team.

Marissa Caputo, a midfielder, was chosen to All-State, Honorable Mention.

“Though we showed on and off the field that the 2020 squad was one team collectively, the coaching staff believed that these were the correct choices for this year's team,” Krieger said of the honorees. “Congratulations ladies!”

While the team lost just four seniors, two players juniors — Shannon Abrams and Liz Blair — are unlikely to play this fall for KHS. Abrams, who netted nine goals to go along with 10 assists, is spending this school year abroad in Spain, while Blair, a speedster on the flank for the Eagles, will be sidelined due to academic commitments.

There are 25 girls on the roster after three freshmen opted not to continue during the preseason.

“I’ll probably bring 17 or 18 to varsity games and the (junior varsity) will play just one half of soccer,” Krieger said. “I want the JV program to be a program that grows and we want to try to get them as much experience as possible.”

Amelya Saras, a 2015 KHS graduate and an alumnus of the soccer program, returns as the junior varsity coach this fall.

“Ameyla and I have this dream that I do this for 10-12 years and then pass the baton to her and another Kennett grad comes into the pipeline,” said Krieger.

Dave Caputo returns as an assistant coach, while Kennett alum Josh McAllister is back as the team’s goalie coach.

“They are great assets,” Krieger said.

Seniors Katherine Brooks, Sam Habert-Jaques and Kenny have been elected captains by their peers. This is the second year in a row Brooks has been bestowed the honor.

Krieger is tinkering with a 3-5-2 formation with three defenders, five midfielders and two forwards, which aims to control the center of the field. The Eagles enjoyed success with that formation in 2020.

“Our strength is up the middle,” he said. “With a 3-5-2 my concern is that requires a lot of running. If everyone is healthy we only have 25 players.”

Due to the pandemic, last year Kennett and other schools played regionalized schedules to cut down on travel.

“We didn’t play a lot of teams in our division last year, so I’m really not sure what to expect this year,” Krieger said. “We have a lot of returning players, which will help.”

Habert-Jaques should be one of the top goalies in the state this fall.

“Sam has a year under her belt and her game has come a long way,” said Krieger.

The Eagles were able to get in three friendly matches during the preseason, falling 5-2 to the alumni, but rebounded to top Fryeburg Academy 5-2 and then beat Sacopee Valley 7-0.

In the midfield, Caputo, Carli Krebs and Kendall Krieger were involved in four of the seven goals with Caputo scoring twice and Krebs once along with two assists.

He added: “Our forwards, Aida Wheat, Bryn Fayle, and Kayla Erwin caused problems for Sacopee all afternoon. They didn't want to be outdone by the midfield, so they combined for three goals (Wheat with two and Fayle one) and three assists (Wheat two and Erwin collected her first point as a varsity player)!”

At ConVal, on a pitch that looked more like a jungle with five-inch high grass, the Eagles had to come from behind to earn a point. Caputo beat the ConVal goalie with 10 minutes left in regulation play off a feed from Krebs.

"The girls showed a no-quit attitude and had each other's back until the final whistle," Krieger shared.

The Eagles scored early and often in a 5-0 rout of rival Plymouth and owned the pitch against visiting Sanborn, peppering 22 shots on the visitor's goal but were held to a 1-1 overtime draw.

The Eagles finally found the back of the old onion bag with 3:50 to play when Fayle found sophomore Krieger on a nice run into the box, and she slotted the ball low and hard to the right side of the net.

In overtime, two 10-minute periods, where the golden goal would win it, it was all Kennett for the first extra period. Krebs and Wheat both had good chances two minutes apart, but Sanborn held tough.

KHS was on target from the outset against Plymouth. Wheat had the Bobcats reeling with a brace inside of five minutes, scoring in the second and fourth minutes.

Wheat completed her hat trick with her third goal with just under two minutes remaining before halftime.

The Eagles controlled play throughout the second half and were rewarded with two more goals. Zipf tucked a shot home just inside the right goalpost after a nice build-up.

Three minutes later, Caputo followed up on the rebound of a Krieger shot and slotted the ball home to make it 5-0.

At Hollis-Brookline, the Cavaliers (3-1) scored two goals early in the second half on a follow-up rebound and then a penalty kick, but their lead could have been substantial were it not for the outstanding goalie play by Habert-Jaques.

“Sam was phenomenal in net,” Krieger said. “We quickly lost count of the number of saves she made, and few were routine. There is no conceivable way we go into halftime 0-0 without her focus and determination not to let one cross the line.”

The Eagles trimmed the deficit in half in the 63rd minute. Fayle connected with a header off a cross from Wheat that drew a fine save but Caputo volleyed home the rebound.

“It was another game to build off of, we took positives out of it, and applied them to our practice (Wednesday),” said Krieger.

The KHS girls were scheduled to host Pelham (1-1-1) on Thursday. Results were not known as of press time.

Next week, the Eagles have two road matches on the schedule. On Tuesday, they are slated to venture through Pinkham Notch to play Berlin (2-1 in Division III) at 4 p.m., and on Friday will play at Manchester West (0-4) at 4 p.m.