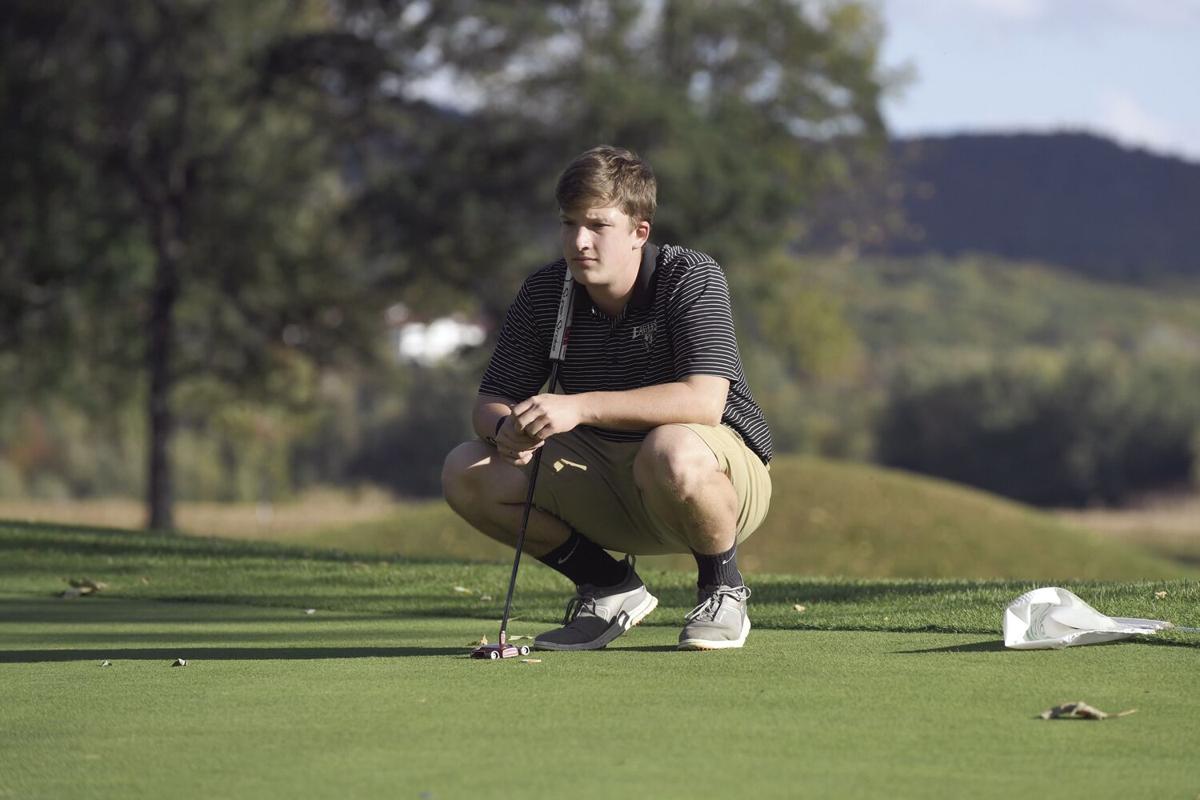 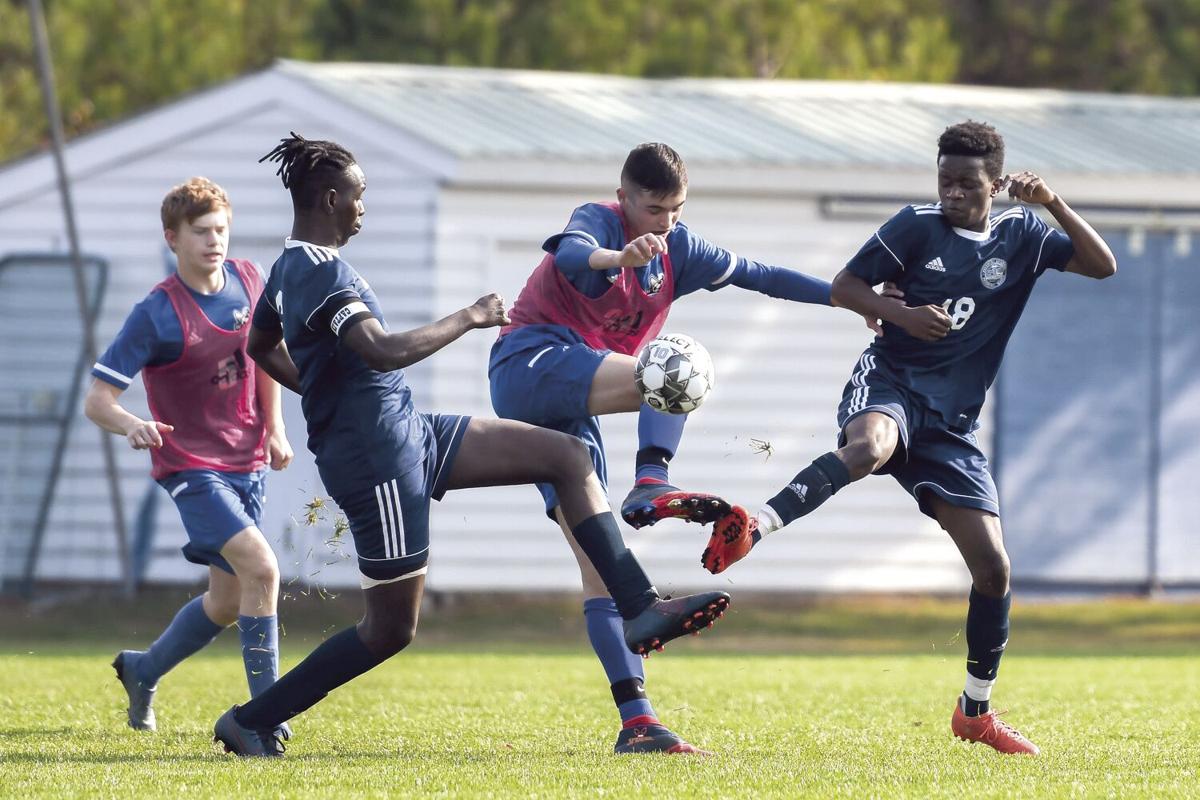 The Fryeburg Academy boys' soccer team was thrilled to get back to match action on Saturday when the Raiders hosted and defeated Sacopee Valley 7-1. (JULIAN ZHU PHOTO)

The Fryeburg Academy boys' soccer team was thrilled to get back to match action on Saturday when the Raiders hosted and defeated Sacopee Valley 7-1. (JULIAN ZHU PHOTO)

CONWAY — “We look at every day as a gift,” said Coach Vaughn Beckwith when talking about the 2020 football season, and so many of his fellow Kennett High coaches, athletes and their parents feel share that sentiment. The Eagles have been able to get out on their various playing fields and have competed against other schools, but due to emerging cases of the coronavirus at some Granite States schools the schedule has taken a hit.

Kennett High reported its first COVID-19 case last Thursday, while athletic rival Plymouth also reported a case the same day. On Tuesday, Belmont High School reported a positive case of the virus while another case was reported within its middle school and one within an elementary school in SAU 80.

Across the state line in Maine, Fryeburg Academy on Friday finally got the green light to begin athletic games. The Raiders had been ready to open play on Sept. 18, but Gov. Janet Mills’ office and the Maine CDC announced that Oxford County had gone from a "green" to a "yellow" designation due to an outbreak 60 miles to the north in Rumford. That shutdown sports in the county for two weeks.

Kennett and Carroll County rival Kingswood were slated to wrap up a home-and-home soccer series on Friday with the boys playing in Wolfeboro and the girls in Conway, but the matches were postponed after Kennett announced its first positive case of COVID-19 at the school on Thursday.

Kingswood reported a case of the virus on Monday according to the DHHS website.

KHS Athletic Director Neal Weaver said a makeup date has not yet been scheduled.

The KHS boys’ and girls’ cross-country teams had been slated to travel to Plymouth for a meet last Friday, but after the positive case, did not hold school that day, instead moved the meet to this Wednesday.

“I received word tonight from the Belmont AD that his school is going remote this week and is shutting down all of their athletics events for the week,” Kennett High Athletic Director Neal Weaver shared in an email Monday night. “This means no boys or girls soccer or girls volleyball at Kennett.  I will let you know if we’re able to make any of the games up.”

At Pinkerton Academy in Derry, Headmaster Timothy Powers announced Wednesday afternoon the school was going to remote learning for the rest of the month and the fall sports season was over, effective immediately after “significant community exposure” was detected on the campus.

“We have learned that these cases all stem from a common exposure from a few remote community members who did not follow quarantine guidelines,” Powers wrote in a two-page letter on the school’s website. “Now the impact is being felt across our daily campus community as well.”

He added: “Unfortunately, due to the number of students quarantined and the expectation that more positive cases will result from these exposures, at this time we are ending participation in fall sports. Other in-person activities (band) will be temporarily suspended as well. We sincerely apologize to those students who are impacted by this, especially because the vast majority have gone above and beyond to follow protocols to safeguard their participation in these activities. Beyond your control, the actions of a few others have impacted you unfairly. We are sorry for this.”

The state department of Health and Human Services reported 77 new cases of the coronavirus on Tuesday, including 15 cases under the age of 18.

“I think we’re so fortunate to have gone as long as we did without any cases,” SAU 9 Superintendent Kevin Richard said by phone on Tuesday. “There are going to be cases but everyone is doing all they can to stay safe and stay in school.”

Richard understands schools “being extra cautious” if a case occurs.

“I’d rather be that way than the other way,” he said, adding, “We have one case right now and nothing from contact tracing.”

Richard, who is the announcer for the varsity football games at Kennett High, is an avid sports fan and has been pleased to see student-athletes on their respective playing fields this fall.

“You bet,” he said. “This summer, I don’t think any of us were certain there would be fall sports.”

As for games and meets that are on as scheduled for the rest of this week for Kennett High, on Thursday the golf team will be early risers with a 9 a.m. tee time for the Division II Team State Championships in Keene. Coach Ed Bradley’s Eagles are the defending state champs.

The top golfers from the team tourney will earn their way into the New Hampshire Boys State Championship on Oct. 17 at Beaver Meadow Golf Course in Concord.

“Hopefully, Colby and Ben will get in,” Bradley said, adding, “If they do, they each have a real shot at winning it.”

Also Thursday, Kennett has a freshman football game in Plymouth at 4 p.m.

On Saturday, the varsity and JV boys’ soccer teams are slated to venture through Pinkham Notch for matches with the varsity (2-3 in Division II) playing the Mountaineers (6-2 in Division III) at 11 a.m., followed by the junior varsity contest at 12:30 p.m.

Also Saturday, the KHS cross-country team is scheduled to travel to Berlin for a 5K race at 10 a.m.