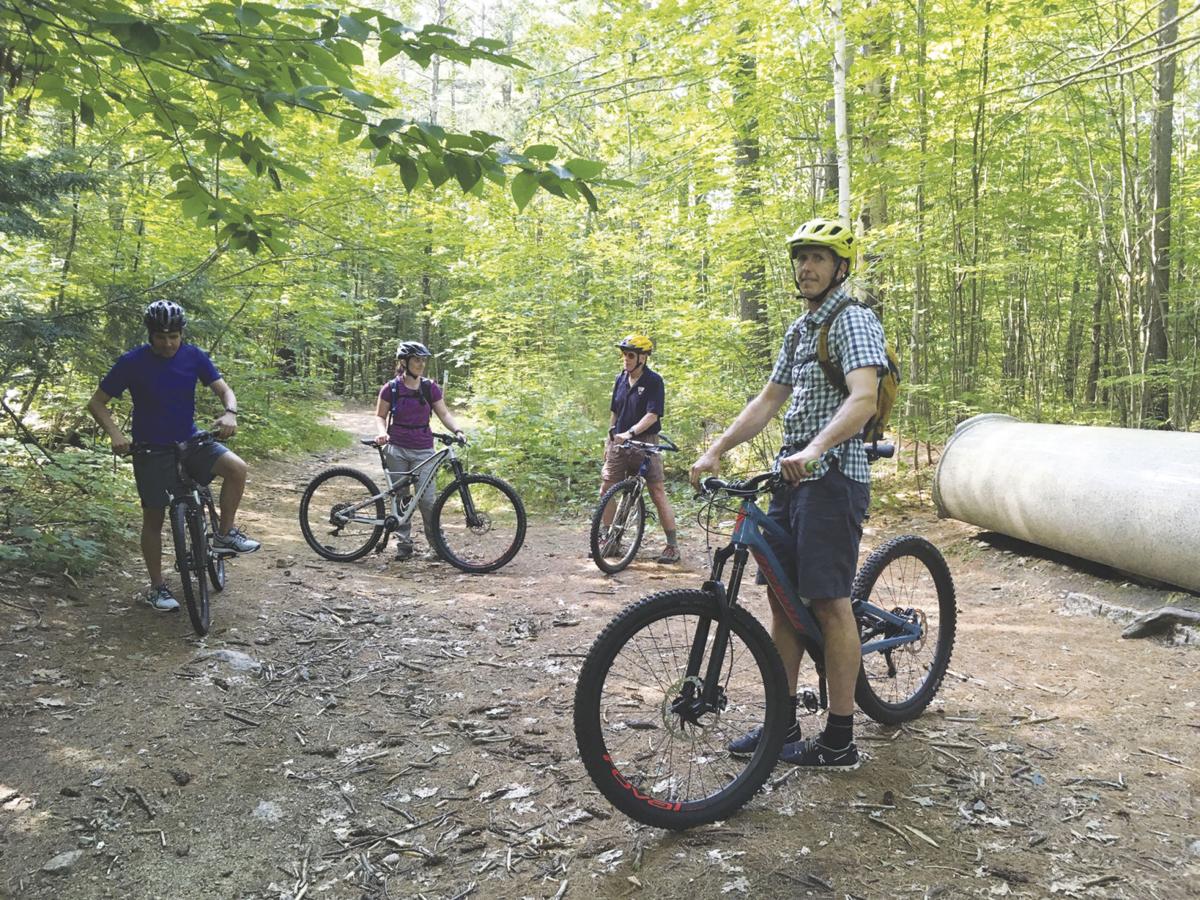 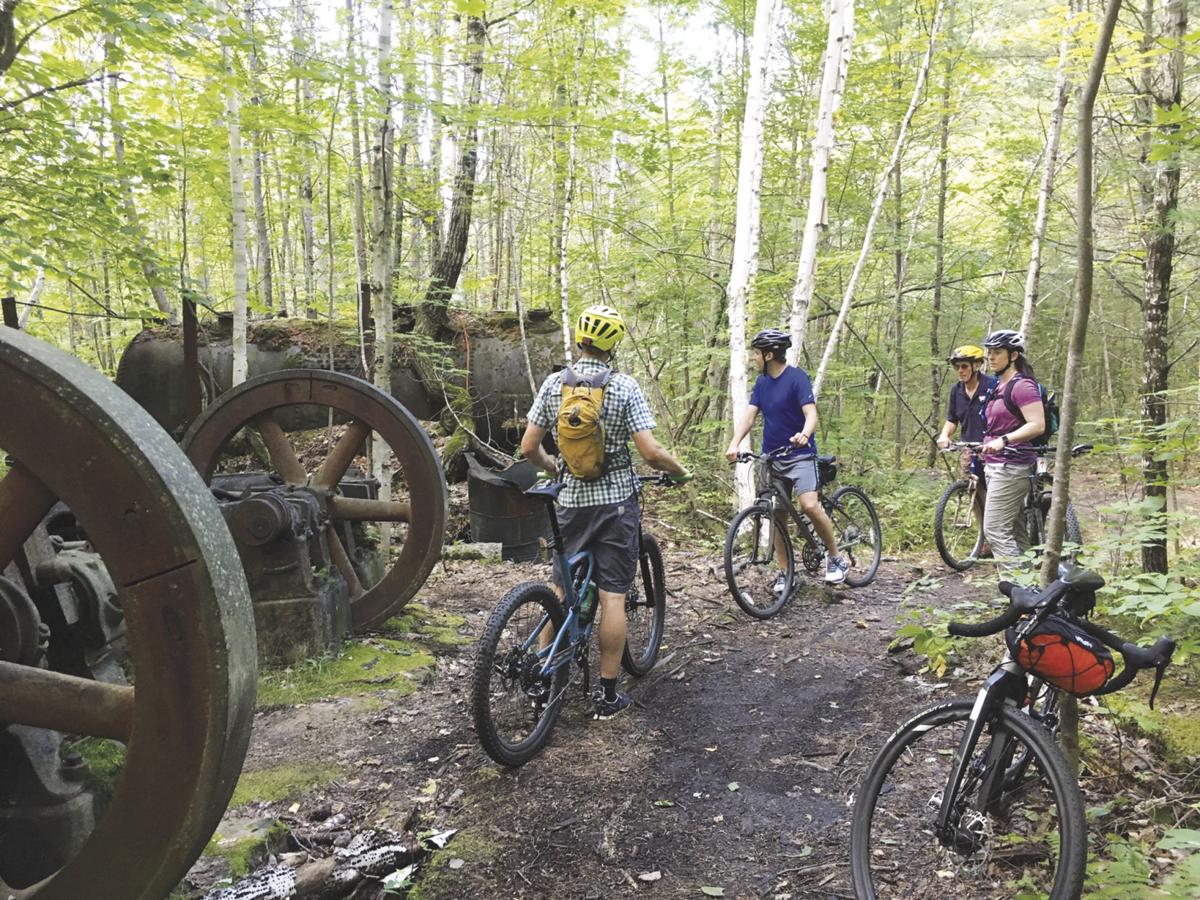 Second stop in the Redstone quarries was the large boilers and lathes that were used to turn and polish the granite. (COURTESY PHOTO) 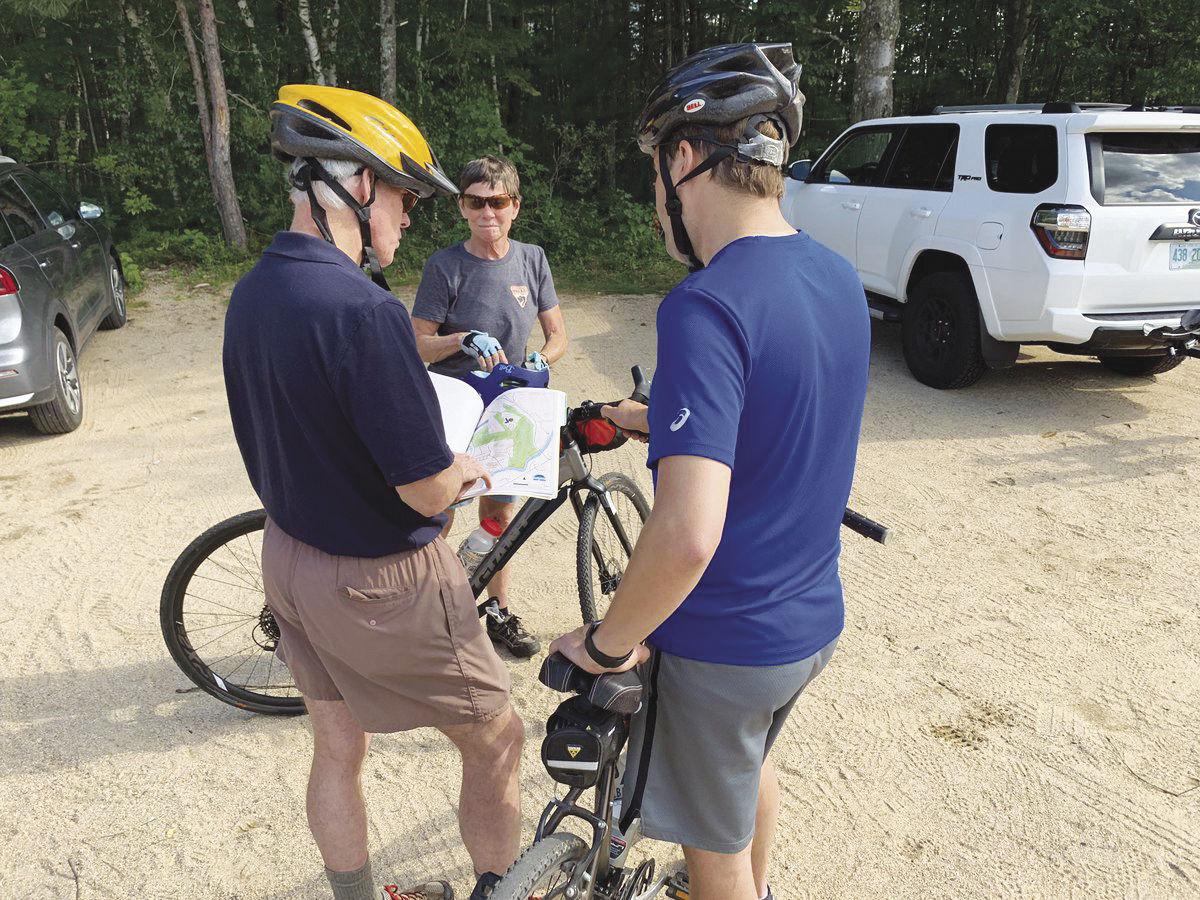 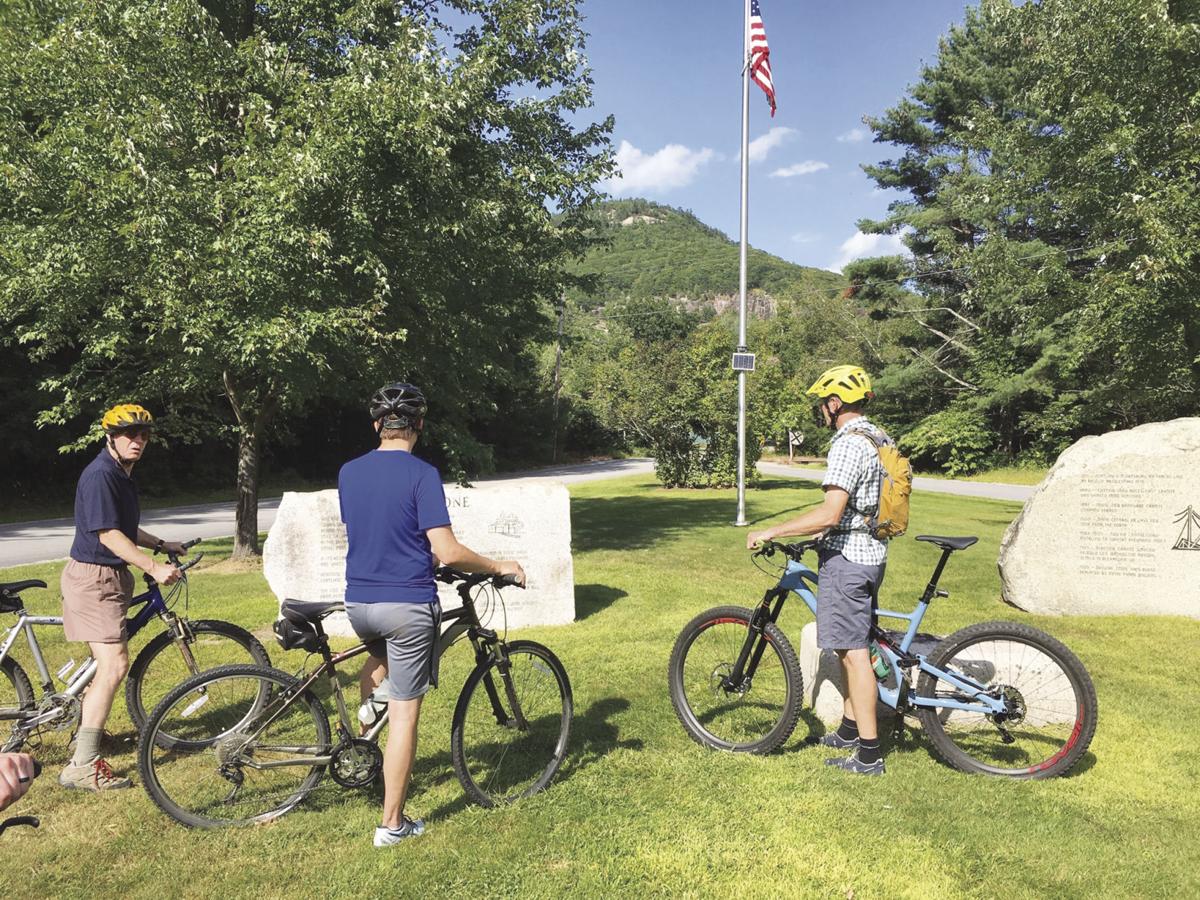 Second stop in the Redstone quarries was the large boilers and lathes that were used to turn and polish the granite. (COURTESY PHOTO)

I’ve ridden my bike for exercise, to raise money for a good cause and to explore new areas. But I don’t remember ever riding it for political purposes. That is, until last Friday.

He wanted to know more about our current project, a paved 2.9-mile recreation path from Cranmore to Hemlock Lane.

Several of us showed up at Hemlock Lane Friday afternoon to talk and ride with him. Chris Meier was there but couldn’t ride because of a broken wrist. He introduced Pappas and his assistant, Molly Hayes, to MWV Rec Path Committee Chairman Larry Garland, and committee members Ralph Cronin and me. We had a range of bikes between us from my gravel grinder to mountain bikes and hybrids, so we opted for a mellow ride on the roads and trails heading toward the quarry.

Pappas’ interest in our project stems from his interest in the outdoors and cycling and his involvement with the congressional committee on transportation. “As a member of the Transportation and Infrastructure Committee, I’m working to find ways to connect our network of trails and rec paths to improve accessibility and use,” he says.

When Kari Thurman, one of his staffers, contacted Meier, she relayed that “Pappas is very interested in rails to trails programs and is working on legislation to help the cause. We thought it might be a fun way to bring attention to the work he’s doing on transportation and infrastructure issues and the work you all have been doing with the MWV Rec Path to do a bike ride that afternoon.”

At 3 p.m. Friday, we met up for that ride. Larry and Meier explained our current project, the building of a 2.9-paved path from Cranmore Resort to Hemlock Lane. Larry shared maps of the proposed path and told the history and progress of its development. W

ith the corridor secured with state, town and private landowners’ permissions and funds raised for construction, the MWV Rec Committee is now waiting for final state approval of plans to put the project out to bid and start construction.

Much of this corridor is not currently accessible by bike, so committee members constructed a “historic” ride that would showcase areas of interest that this rec path would access.

We rode from the kiosk, crossed the railroad tracks and pedaled to the stone pillar at the end of “Pillar to Pond” trail. This “rejected” 20-foot-long polished green granite pilaster is a testament to the work that was done at the Redstone quarries years ago.

Crossing the power lines, we rode around the gate that marks the Redstone Quarry historic site. Along the road, abandoned industrial machinery, cables, and buildings give testament to the industry that once thrived here. The quarries on Rattlesnake Mountain dated back to the 1800s, and, at peak production periods, employed 350 men or more. Nearby, Redstone Village was a thriving community with its own schoolhouse (K-8), church, pool hall, dance hall, railroad station and boardinghouses for all those workers.

In the 1940s, quarry operations ceased, but what remains here at the site is of historical and archaeological value. In the 1990s, John Schiavi purchased a portion of the Redstone Property. Now, the Nature Conservancy and state of New Hampshire own the entire property and have designated it as a historic area.

For more information and pictures about the Redstone Quarry, be sure to read Steve Swenson’s detailed account at redstonequarrynh.org/a-history-of-the-town-of-redstone-and-its-granite-quarries/.

As we pedaled through the quarry area, we showed Pappas two large coal-fired boilers and large lathes that were used to turn and polish granite columns. We even found the remains of a bathhouse, crumbling with age. Had we had the time, energy and appropiate mountain bikes, we could have ridden up a steep trail to view one of the quarry holes, filled with water and pieces of old derricks and cables.

We exited the quarry site on Mountain Street, riding past the old school house on the left, before crossing over Redstone Street and coming to the junction with Eastman Road/RT 302. A small, triangular park there contains a sundial World War monument and two monuments to Redstone’s history.

In 2014, the Redstone Commemorative Committee, with support from the Town of Conway, raised local funds for several historical markers to be placed there. Story Land and Coleman and Sons donated a green granite and a pink granite block. Arthur’s Memorials of Redstone engraved the green block with significant timeline dates and a quarry derrick. The pink stone is engraved with a brief history of Redstone and shows the original large wooden stone shed.

As we read the stones, we discussed Redstone’s history and legacy with Pappas. Larry also talked about how Phase One of the Rec Path would allow more access to this historical site. When Pappas asked if the tracks we crossed in Redstone were “active,” we said they were but only used occasionally by the Conway Scenic Railroad.

The Rec Path Committee’s hope is to continue eventually from the Phase One ending at Hemlock to Phase Two, ending at Smith Eastman Park. It would connect to the original “Conway Rec Path,” established in the early 1990s. Phase Two would most likely be a “rail with trail” arrangement, similar to ones Pappas supports.

From there, future phases would involve crossing the Saco River, and creating a trail that would connect with Fryeburg’s Mountain Division trail eventually.

After much discussion of all these possibilities, we turned our bikes around, rode right off Mountain Road on a spur road that brought us back to our original rail crossing and Hemlock Lane.

There, we loaded up the bikes, and said goodbye.

Pappas seemed excited about our project and enthusiastic about all that Mount Washington Valley has to offer. The Rec Path Committee hopes he can help projects like ours get the funding and support they need as transportation and recreation initiatives.

What that ride showed me is Mount Washington Valley is a very interesting, scenic and historic place for recreation. We are fortunate to live in such a beautiful area and have access to so many trails where we can hike, run, bike, ski, snowshoe and snowmobile.

Through the efforts of many organizations like the Upper Saco Valley Land Trust, the Nature Conservancy, local town governments, state parks and the National Forest, we have acres of land and trails for us to use and appreciate.

We also have forward-thinking politicians like Chris Pappas who want to protect these natural resources and promote transportation alternatives and increase accessibility for all.