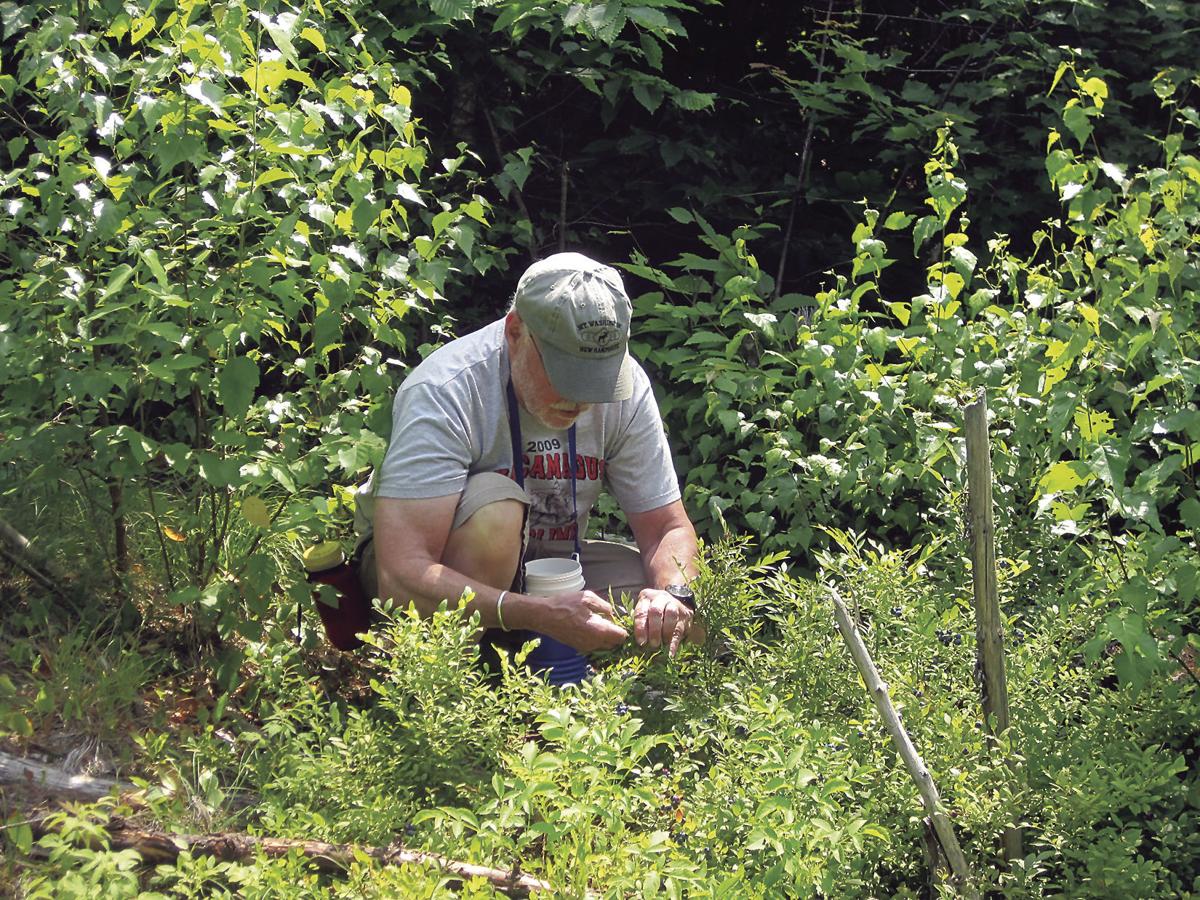 Picking blueberries can be hard, backbreaking work, but with a sweet reward, as Peter Minnich found out. (COURTESY PHOTO) 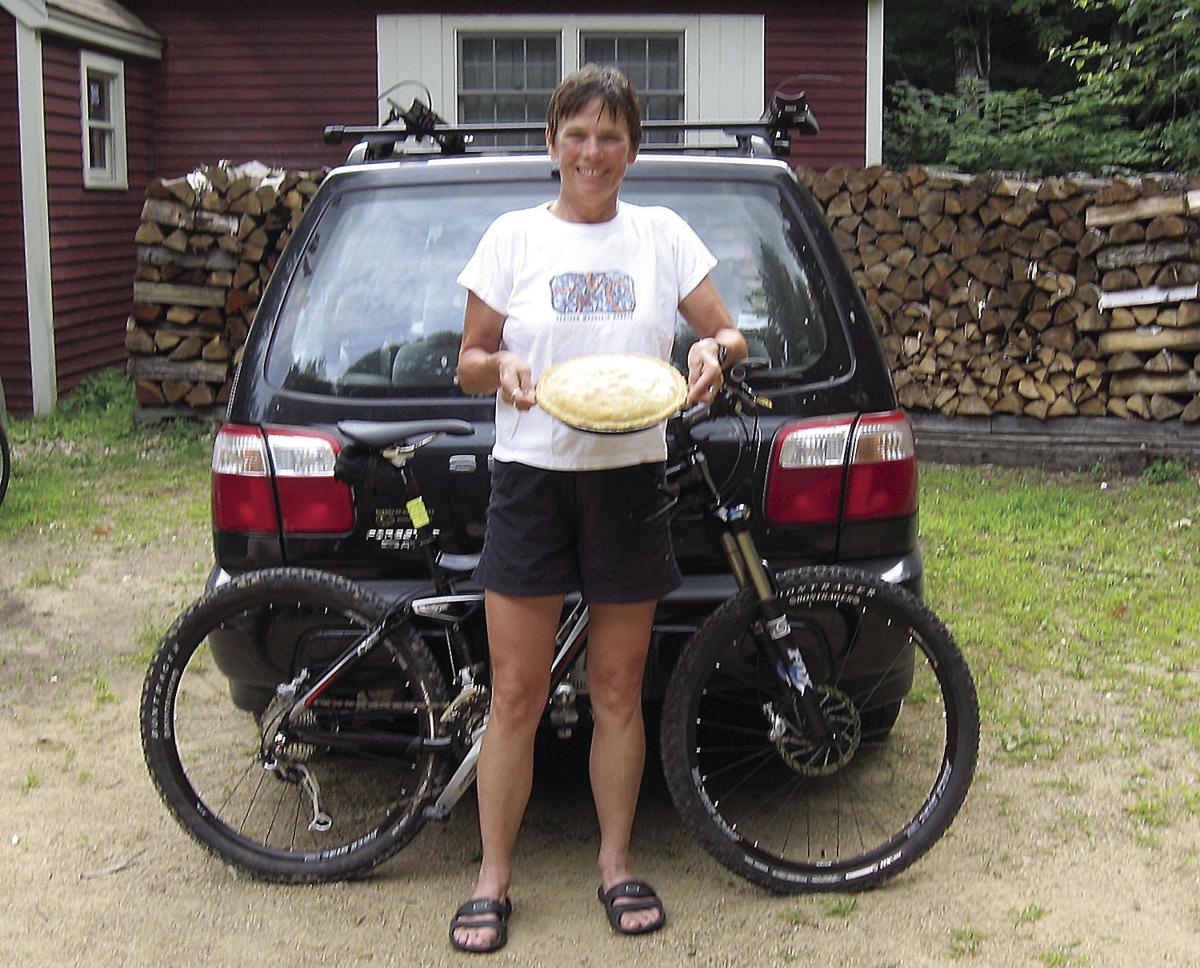 The end result of biking and blueberry picking is a delicious pie. (COURTESY PHOTO) 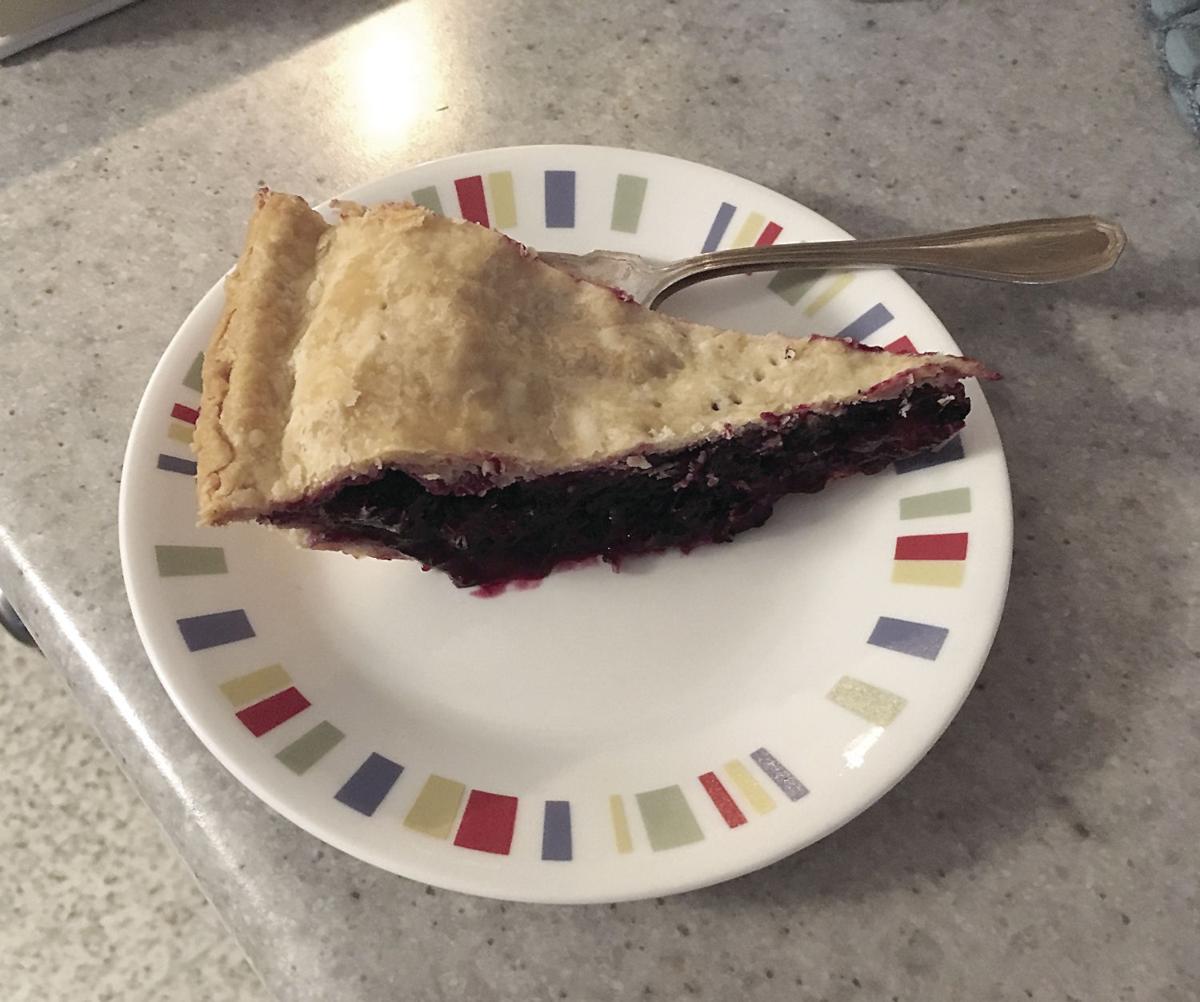 Nothing is better than a slice of fresh baked blueberry pie in the summer. (COURTESY PHOTO) 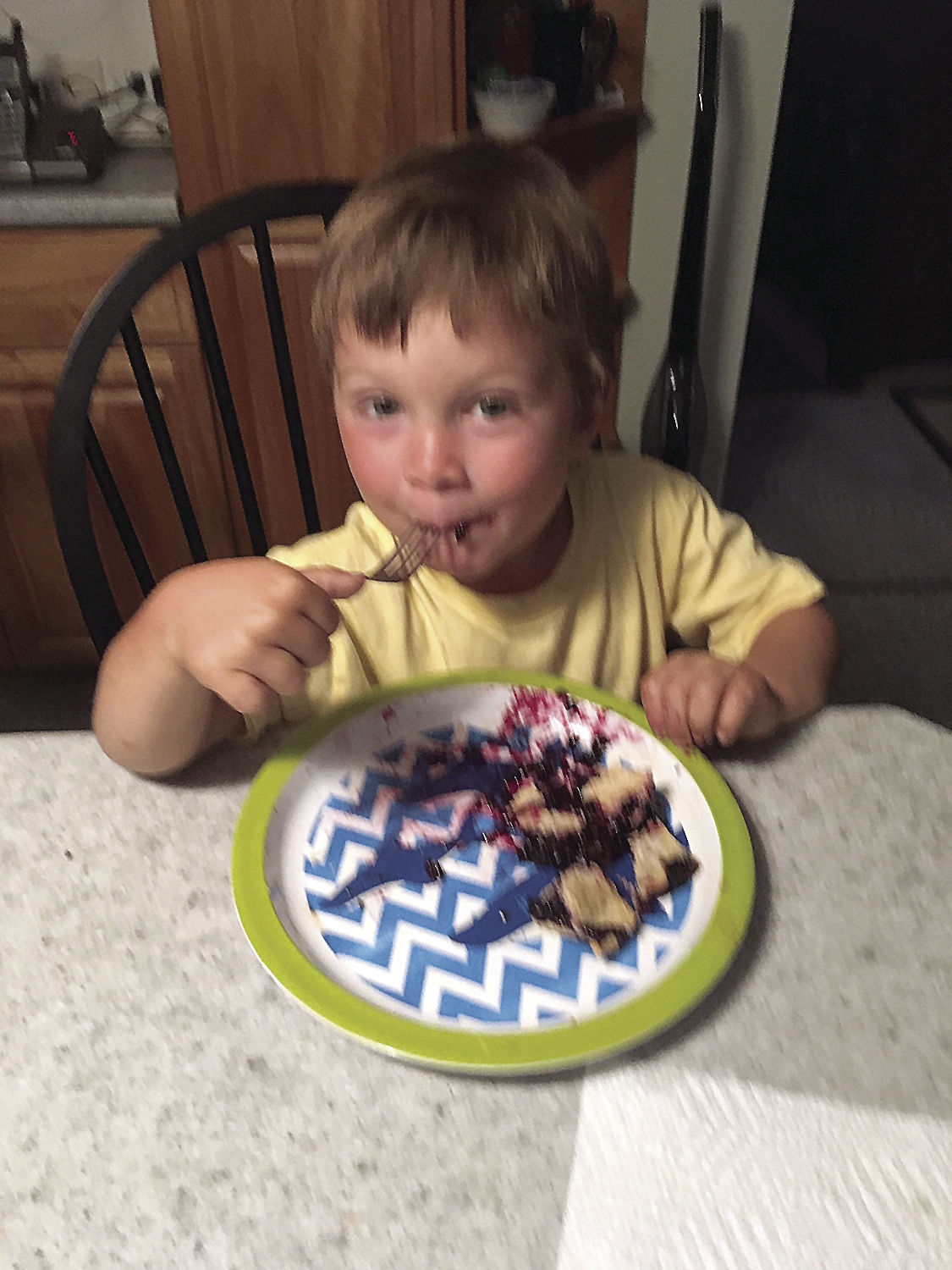 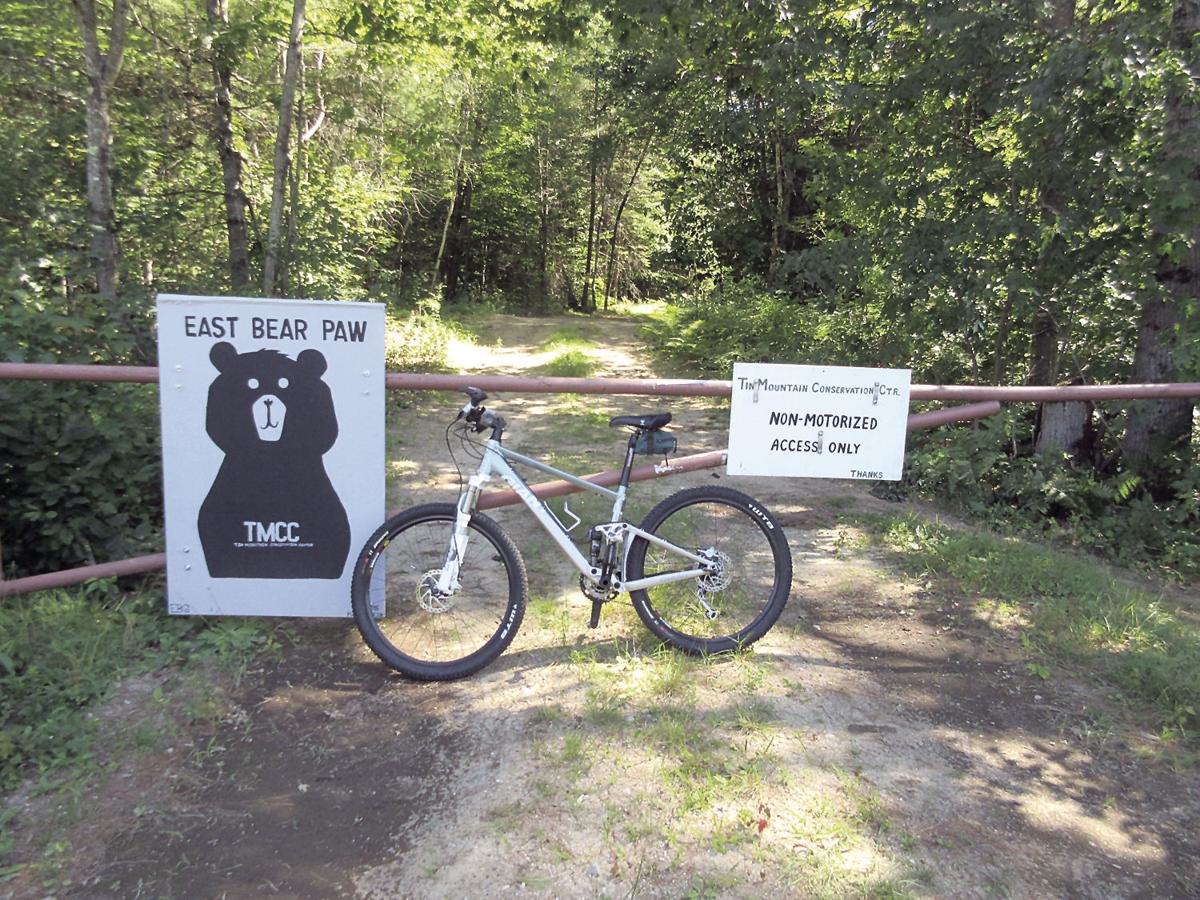 East Bear Paw near the state line is a place we've foraged for blueberries before. (COURTESY PHOTO) 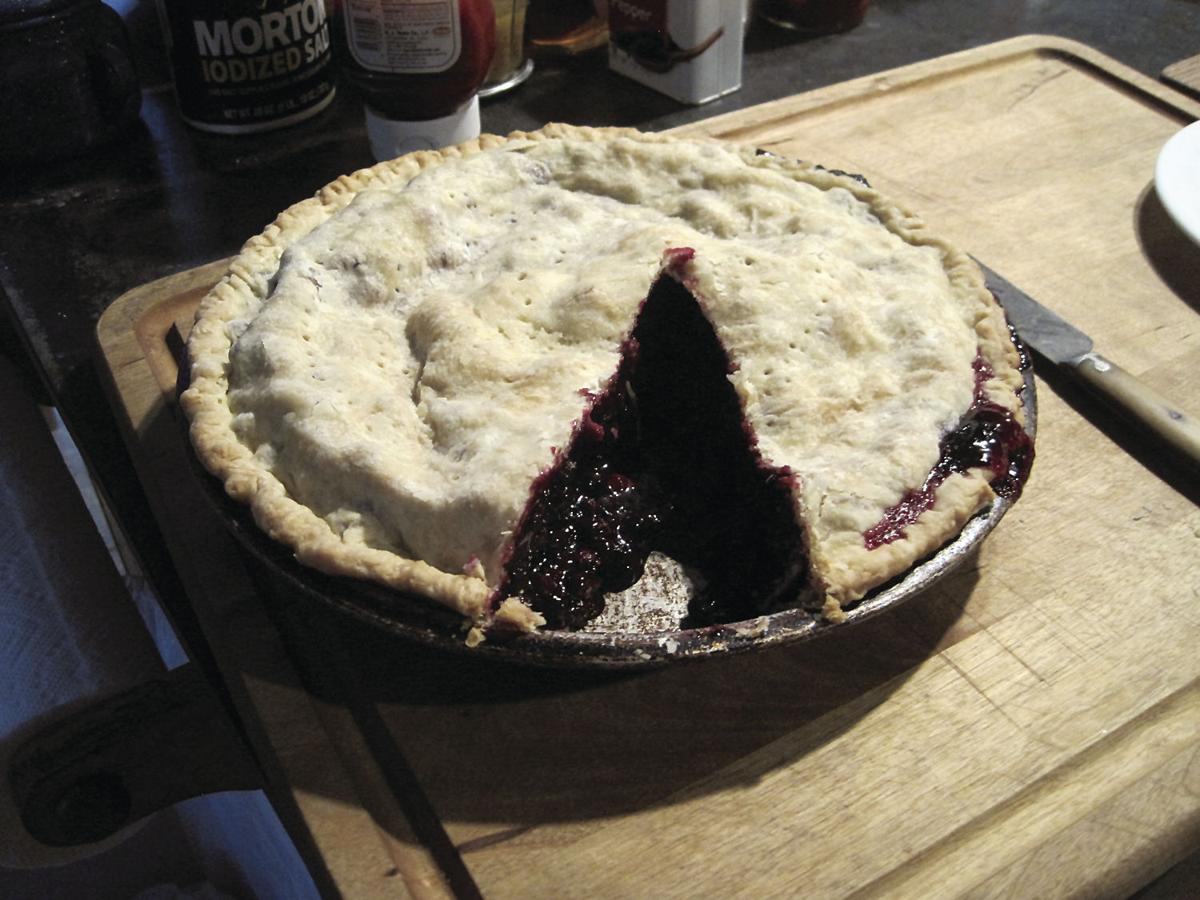 Pick enough blueberries and you shall have pie! (COURTESY PHOTO) 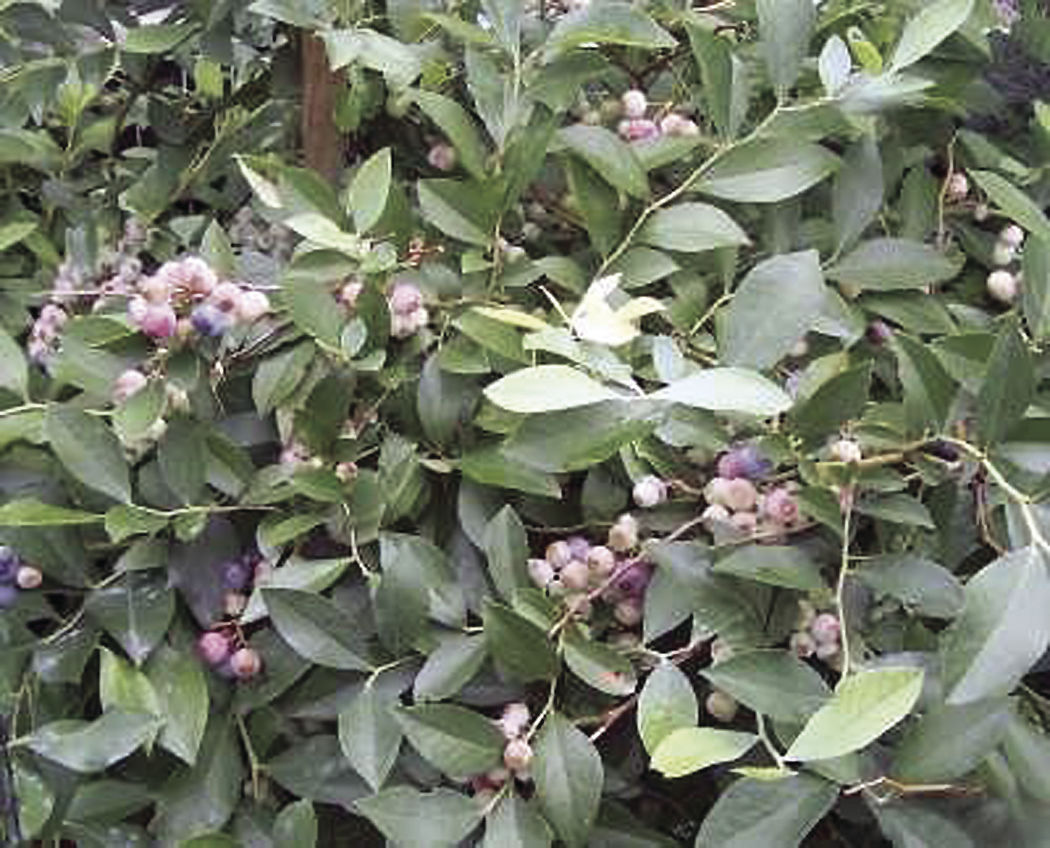 Picking blueberries can be hard, backbreaking work, but with a sweet reward, as Peter Minnich found out. (COURTESY PHOTO)

The end result of biking and blueberry picking is a delicious pie. (COURTESY PHOTO)

Nothing is better than a slice of fresh baked blueberry pie in the summer. (COURTESY PHOTO)

East Bear Paw near the state line is a place we've foraged for blueberries before. (COURTESY PHOTO)

Pick enough blueberries and you shall have pie! (COURTESY PHOTO)

“Pick as many as you possibly can and we’ll have blueberry pie,” we told our kids when they were little. That was our mid-summer activity. We’d hike the half-hour up Gap Mountain, where there were tons of blueberries and pick until our buckets were full. Views of Mount Monadnock and gentle breezes made picking easy and pleasant.

With our picking done, we made our way carefully down the mountain less we spill those precious blueberries. At home, we picked out the leaves, “raisins” and stinkbugs, and measured the berries. We made a pie if we had enough, pancakes and muffins if we didn’t. Nothing says summer more than hot blueberries melting in your mouth.

In the summer of 1989, we moved to the valley. Our family started exploring our new home by biking and hiking. Riding along the roads and trails, we soon discovered blueberry patches ready for picking. Pies were possible here, too. Problem was — how do you carry a bucket on a bike?

We improvised with baggies and water bottles and stuffed what we could into our Camelbaks. If we found an abundant crop, we walked in later with big buckets. If the picking was good, we had pie. The kids have grown and gone, but Peter and I keep the tradition alive. One year, we had a banner blueberry day riding in the East Bear Paw property near Maine state line. We picked two quarts in an hour, brought them home and treated ourselves to blueberry pie. Yum.

Blueberries grow on two types of bushes — Highbush and Lowbush. The store-bought cultivated blueberries come from Highbushes; the wild berries are usually from Lowbushes. In the early 1900s, Elizabeth White and Dr. Frederick Coville domesticated the wild Highbush to produce a plump, juicy berry that was easy to pick. Today, cultivated blueberries are grown in over 30 states and British Columbia. North America produces 90 percent of the world’s blueberries.

Cultivated blueberries are available eight months of the year, but July is the peak and National Blueberry Month. But there are those of us who prefer the smaller wild blueberry. We know from experience that it has a more intense taste and it’s free. Because it’s smaller, it has less water content and you get more blueberries per pound. Wild blueberries also have twice the amount of antioxidants than cultivated and are “super-charged” with anti-aging phytochemicals. Your kids might not appreciate that, but you will.

Where can you find wild blueberries? First, your family can be blueberry bloodhounds by learning to identify the plant by its glossy blue-green narrow leaves and watching for berries to form and ripen. Have your children keep their eyes peeled for white bell-shaped flowers in May. Green berries begin forming in June, ripening to blueberries in July and early August. Once you know what the plant looks like, you’ll find them everywhere. Eating a ripe blueberry makes the hunt worth it.

Next, it helps to know the blueberry’s habitat. Blueberries are native to eastern and central Canada and the northeastern U.S., growing as far south as West Virginia and west to the Great Lakes region of Minnesota and Manitoba. Wild blueberries like a dry, open ground with lots of sunlight. These Lowbush blueberries need to be seen by bees and birds to be pollinated and propagated. They also like acidic soil. One source I consulted said to look for oak trees and you’ll find good blueberry land.

Mother Earth News recommends foraging for them on “disturbed” land — “land where man has removed trees and undergrowth, then abandoned the land, leaving the sunny ground.” That just about describes anywhere in the White Mountains that’s been logged off. You can also find them on the road and field margins, in bogs and barrens, and even dried up beaver ponds. The key is blueberries need well-drained, acidic soil and sunny locations. Blueberries are fire-tolerant and their numbers increase after a forest fire, so look for them in areas recently burned.

The Mount Washington Valley is a great area for blueberry hunts. Its glacial soils and northern climate are perfect for growing blueberries. There’s plenty of “disturbed land” and open sunny areas, and numerous areas that have been burned off in the past. Though Maine may claim the wild blueberry as its state fruit, New Hampshire has plenty of berries, too.

Our local mountain, Attitash, even gets its name from the Native American Abenaki word for blueberry and holds a “Blueberryfest” in early August. Blueberries are part of our heritage.

Biking and blueberries — what could be better? Check out these local areas for family bike and blueberry hunts: Rob Brook Road — along the roadside in open areas; Thorne Pond, Bartlett — in the open fields; Echo Lake/Cathedral Ledge area — along Cathedral Ledge Road, in open areas near park trails; Whitaker Woods — in the open fields and powerline cut; Moats area — near Ultimate Single Track and along forest service roads; Pudding Pond — along powerlines or in Sticks and Stones and near pump track, where logging has occurred recently; Albany Town Forest — in logged off areas and field margins; East Bear Paw property off Route 302 near Maine state line — along woods roads and trails through recently logged land; and Porter Road, Fryeburg — where the road turns to dirt, look in open areas on the airport side or road.

Happy hunting and berry picking. Don't forget the vessels to carry home your loot and get out there before the berries are all picked. You want to have a pie, don't you?

*Quote is from “Blueberries for Sal,” written by Maine author, Robert McCloskey, in 1948. If you haven't read it with your kids, pick up a copy from the library — it’s a classic.

Don’t forget “Rock the Rec” concert on Thursday, Aug. 22, at Cranmore, 6-9 p.m. This fun-filled event is a fundraiser for the Mount Washington Valley Rec Path. There will be three great local bands, food trucks and raffle prizes. Come out to support the Rec Path and have some good family fun. See you there.