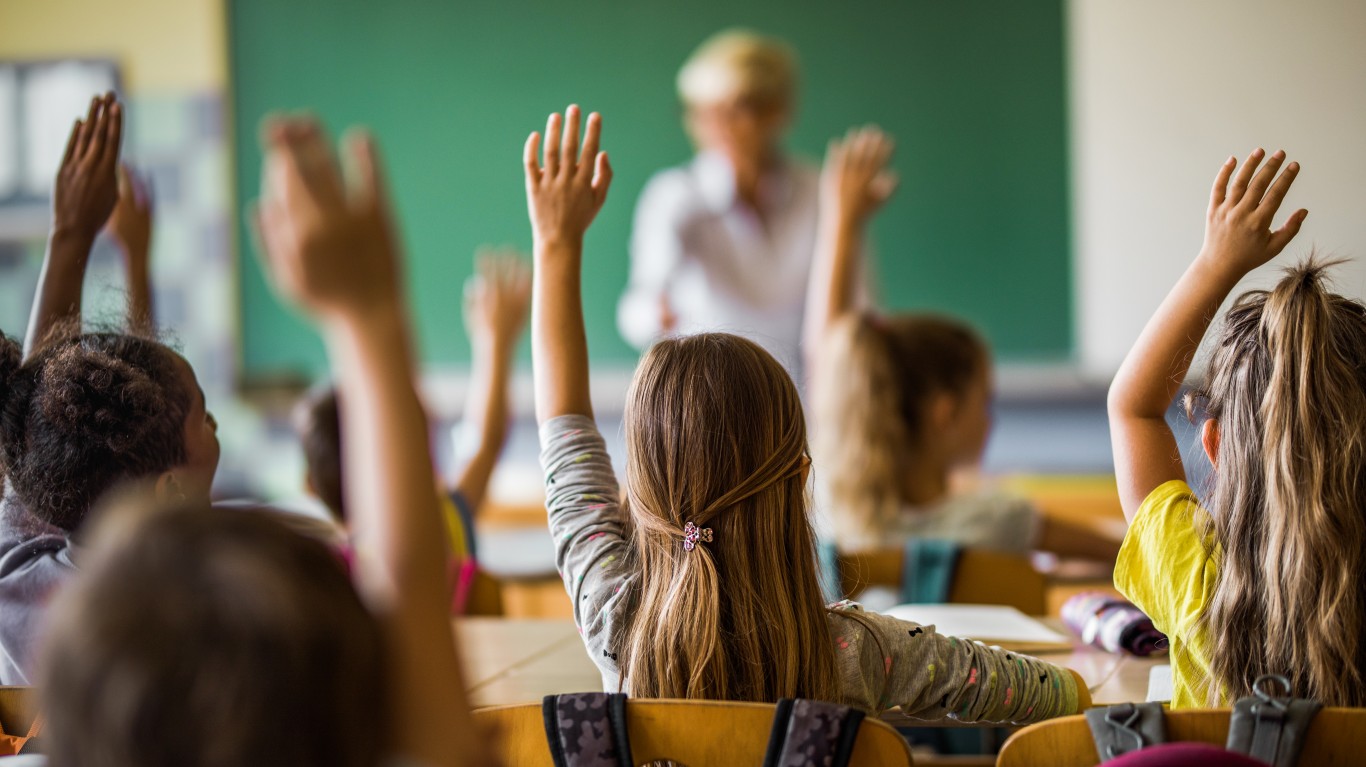 College enrollment has declined steadily in the United States in recent years. With rising tuition costs and surging student debt, enrollment rates have fallen at an average of nearly 2% a year since 2010. While four years of higher education may not be for everyone, Americans without a bachelor's degree tend to be far more limited in their career opportunities, job security, and earning potential.

Nationwide, an estimated 32.1% of American adults 25 and older have a bachelor's degree or higher. Educational attainment rates vary considerably across the country, however, and in nearly every state, there is at least one city where the share of adults with a bachelor's degree is well below the national average.

Americans with a bachelor's degree also tend to have higher incomes. The average weekly wage for a college-educated worker in the United States is about 67% higher than it is for those with no more than a high school diploma. In cities with low educational attainment, incomes also tend to be lower than average -- and Lewiston is no exception. The typical household in the area earns $44,523 a year, below the median household income of $57,918 across Maine as a whole.

All cities, towns, villages, boroughs, and census-designated places with over 25,000 people were considered for this story. All data used are five-year estimates from the U.S. Census Bureau's 2019 American Community Survey. This is the least educated city in every state.

This article originally ran on 247wallst.com.