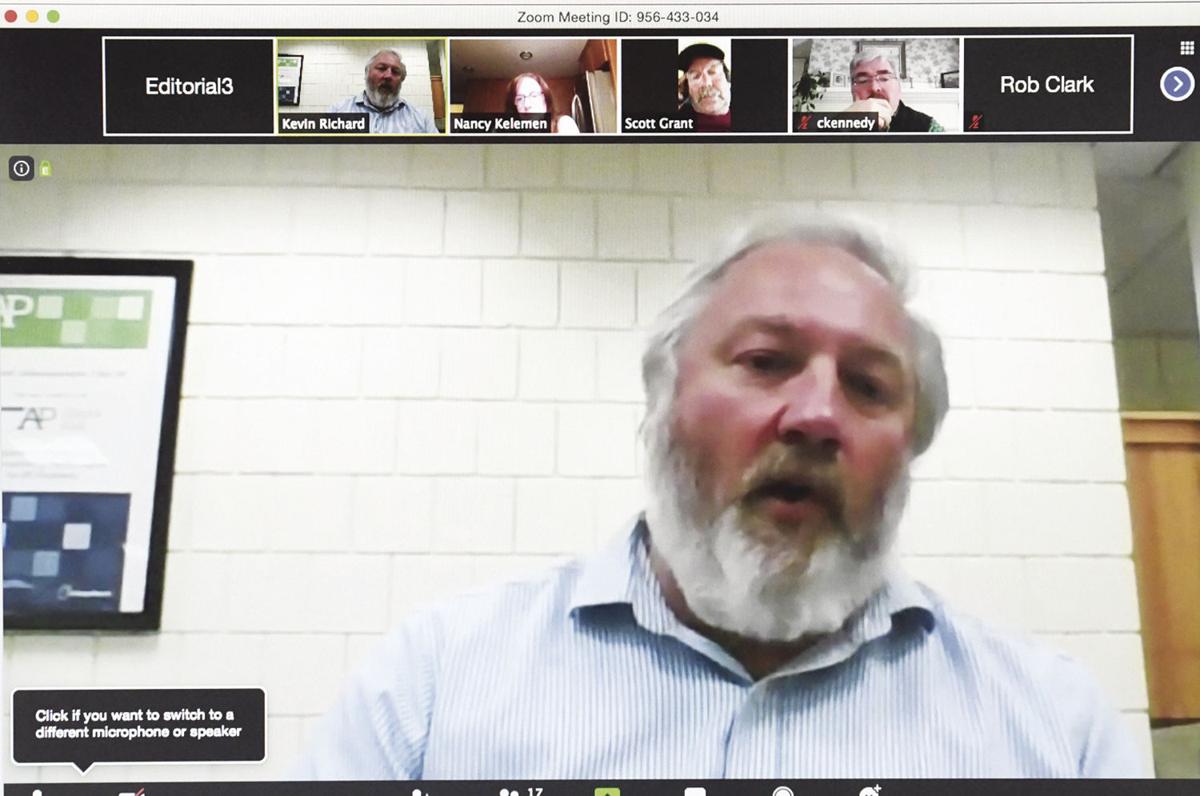 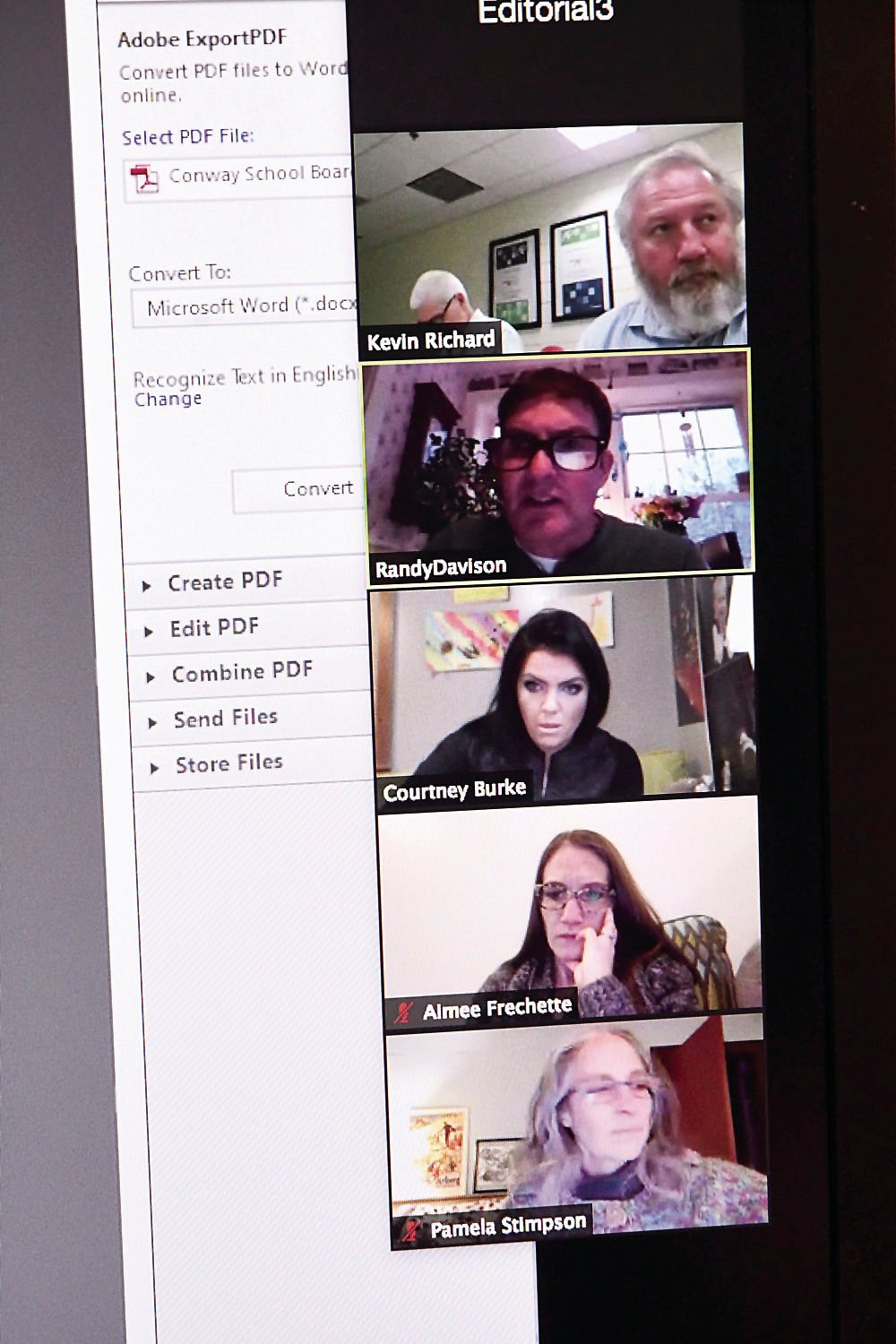 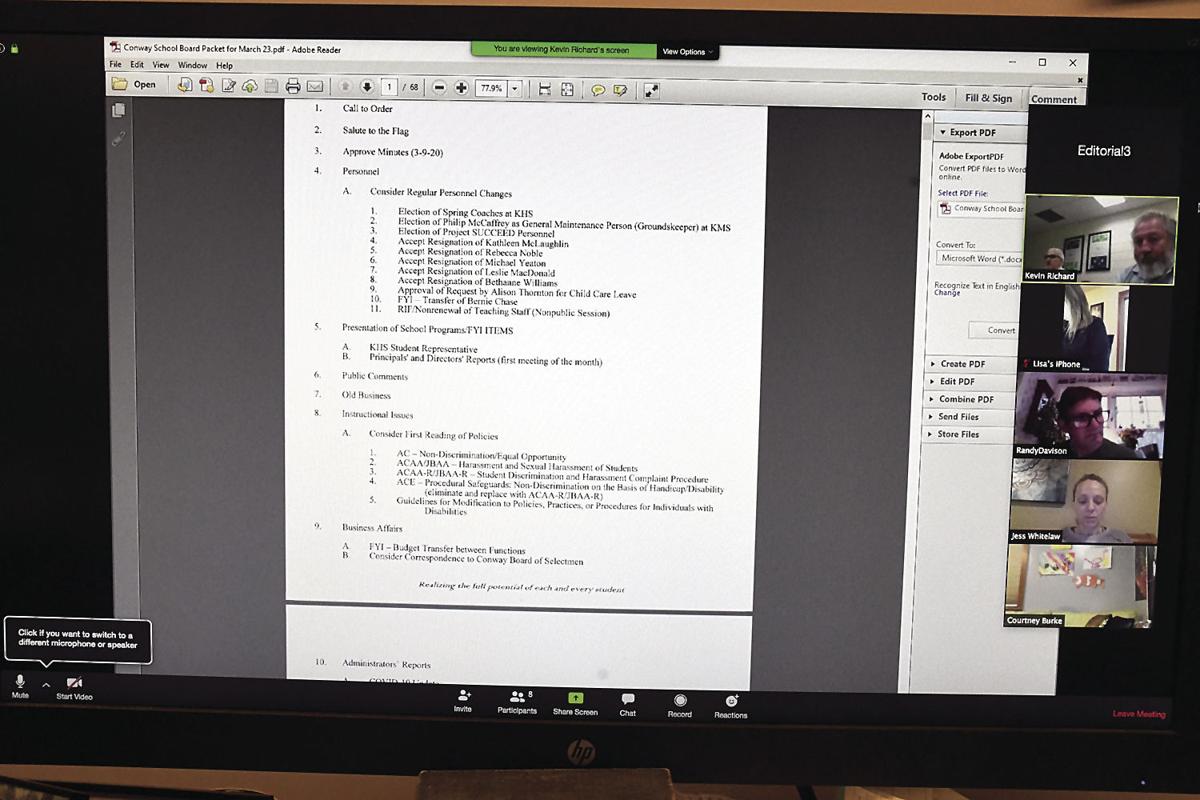 CONWAY — While students, teachers and parents are hoping April 3 will signal the end of remote learning, local and state officials are cautioning that my not be the case and that people need to be prepared to be out of the classroom longer than that due to the COVID 19 virus.

Gov. Chris Sununu announced March 15 all public schools had to close and move to distance learning for the next three weeks, but Superintendent Kevin Richard and staff had been preparing for that possibility.

It was a frantic week in SAU 9 as administrators and staff have prepared for students to dive into uncharted educational waters with remote instruction. That meant “an all hands on deck” approach for Richard and staff, who prepared lesson plans and made 1,700 Chromebook laptop tablets ready for remote use.

Monday kicked off the first day of remote learning for students statewide in public education. Monday night, during a Conway School Board meeting via the Zoom application, Richard gave an update on how remote opening day went.

“Overall, pretty well from the reports our administrators have received,” he said. “We did have a few minor glitches and some kinks that we’re working out.”

Richard shared Tuesday by phone the “glitches” included making sure that people had access to YouTube and answering questions from students on if they need to shutdown the Chromebooks at a certain time each day.

Richard said the school district’s computer network held up well given so many users.

April 3 may not be the date schools reopen.

“We're shooting for the April 3 date, but the likelihood that it's going to go beyond that — my confidence level is pretty high that it'll it'll go beyond April 3,” Richard said Monday.

Board member Jess Whitelaw wondered if the remote instruction were lifted by Sununu on April 3, could the district continue with it as a safety precaution.

“Or are we thinking that there might be another statewide recommendation?” she asked.

“I think I'm reading pretty closely that we're looking at staying closed until at least after April vacation (April 27-May 1),” Richard replied.

“Yeah, absolutely, you as a board, can make that determination that if, let's say, they go to April 15, you can say, as a board, we would like to go until May 1.”

Education Commissioner Frank Edelblut on Monday called the current situation “fluid” and said extending the state's school closures could be an option.

"April 3 is a re-evaluation date," Edelblut said Monday during a press briefing. "We have signaled to the schools that's it's likely that it may continue and to plan for that inevitability."

Board member Randy Davison asked whether the district should suspend its April vacation.

“Has the administration thought about the fact that if things are going the way they are, and people are basically sedentary, what is the possibility of eliminating April vacation and having remote learning during April vacation?” he asked.

“My personal take on that right now is that this remote learning is putting a lot of strain on different families and teachers and I’m reluctant to plow through April vacation at this point,” Richard answered.

“I’m open to any discussions related to it but I think that people may need a break at that point to kind of recharge the batteries, even the kids, the adults, the staff members. So right now I don't have plans on asking to get rid of April vacation, but that could change.”

Richard said he has been inspired by what he’s seen from the school personnel.

“I don’t think I’ve ever been so inspired by a group of professionals before,” he said Thursday.

“They’ve been amazing in preparing online, offline and collaboratively. It’s like that saying, ‘If we just point professionals in the right direction, they will do amazing things.’ With this, everyone has been forced to think outside the box and the response has been terrific.”

On Monday, New Hampshire received national praise from Vice President Mike Pence, who said Granite State educators are “setting the pace” in moving to remote learning during the virus outbreak.

“Under the leadership of Gov. Sununu and (DOE) Commissioner Edelblut, New Hampshire teachers had the flexibility and capability to make New Hampshire’s distance learning program lead the nation,” Pence said.

“With national recognition upon New Hampshire’s innovative and successful approach to dealing with COVID-19, we expect more eyes will turn to Gov. Sununu’s steady and responsible leadership during this unprecedented era.”