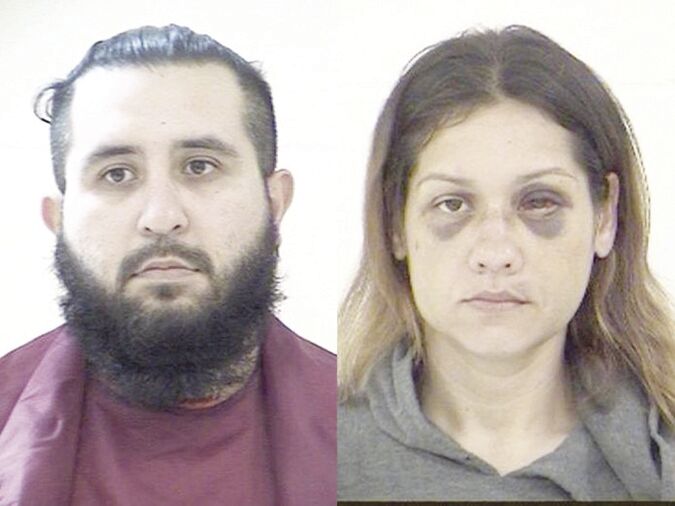 Armando Barron, 30, and Britany Barron, 31, both of Jaffrey, are presently in custody at the Cheshire County House of Corrections, charged in the murder of Jonathan Amerault, 25. (POLICE PHOTO) 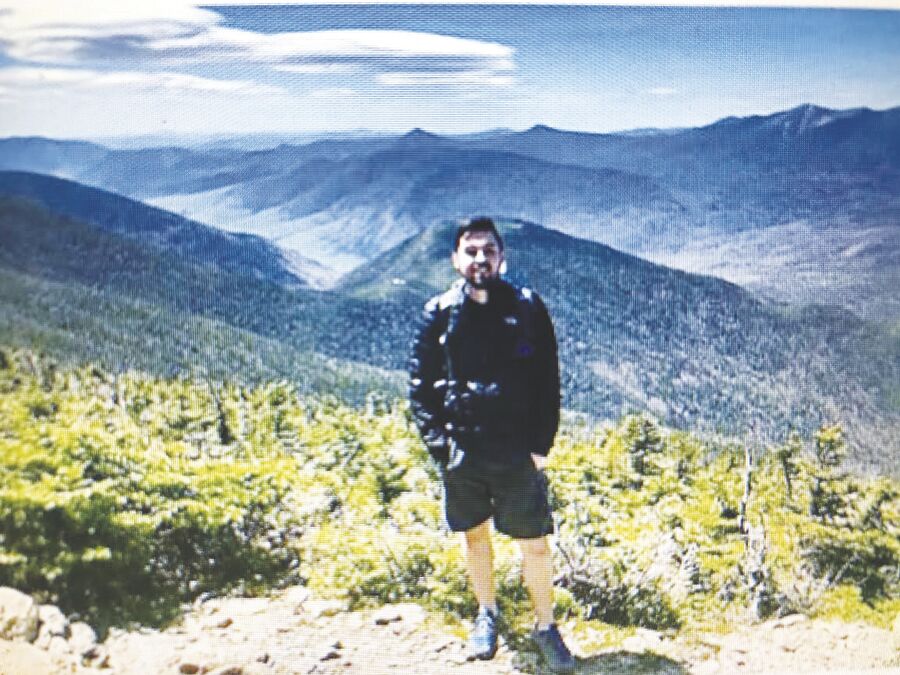 Jonathan Amerault, 25, of Keene is seen on a hiking trip in the mountains. His headless body was discovered at a remote campsite in Coos County earlier this week. (COURTESY PHOTO)

Armando Barron, 30, and Britany Barron, 31, both of Jaffrey, are presently in custody at the Cheshire County House of Corrections, charged in the murder of Jonathan Amerault, 25. (POLICE PHOTO)

Jonathan Amerault, 25, of Keene is seen on a hiking trip in the mountains. His headless body was discovered at a remote campsite in Coos County earlier this week. (COURTESY PHOTO)

An enraged husband ordered his wife to decapitate her lover after she refused to kill Jonathan Amerault, the missing Keene man whose headless body was found at a remote campsite in Coos County, according to court records.

The violent rampage started in the Jaffrey/Rindge area Sept. 19 and ended with the gruesome discovery Tuesday in the unincorporated area of Atkinson and Gilmanton Academy Grant in Coos County.

Armando Barron, 30, of Jaffrey was arrested Friday and charged with capital murder for causing Amerault’s death by shooting him during a kidnapping, according to the Attorney General’s news release.

Barron’s wife, Britany Barron, 31, was arrested on Thursday and charged with three counts of falsifying physical evidence in conjunction with Amerault’s murder for altering, destroying, concealing or removing items of physical evidence, the release said.

Amerault, who worked with Britany Barron at Teleflex Medical in Jaffrey, graduated from Milford High School where he was captain of its indoor track and involved in its cross-country running team.

He had won multiple volunteer service awards during his time in that community, according to press releases.

He also received a biomedical engineering degree from the Rochester Institute of Technology.

Armando and Britany Baron were both arraigned Friday and are being held without bail.

Britany Barron’s lawyer unsuccessfully sought bail, arguing she is a victim of domestic violence. She appeared to have suffered facial injuries in her mug shot and during court proceedings.

According to court records, after Britany was found Tuesday by two Fish and Game conservation officers at the campsite with Amerault’s body wrapped in a tarp, she was arrested and taken to the Berlin Police Department.

On Tuesday, she told police details of the murder that included her being threatened and beaten by Armando Barron as well.

According to the arrest affidavit signed by State Police Sgt. Stephen Sloper, the rampage started in the early morning hours of Sept. 19 when Armando Barron used Britany’s phone, pretending to be her to lure Amerault to Annette Wayside Park in Rindge.

While driving to the park in Rindge Saturday eveing, Armando repeatedly struck Britany after discovering she was having an affair with Amerault.

When they met Amerault, Armando violently assaulted him and took a handgun and ordered her to shoot him. When Britany refused, Armando told her to place her foot on Amerault’s neck and kill him.

When she did not apply additional force, Armando ordered Amerault at gunpoint into the rear of his car and ordered Britany to cut his wrists, and she complied.

“Once in the car, Britany heard Armando Barron turn around and heard him fire the gun three times,” Sloper wrote.

Armando then ordered her to go home and pack for camping and for her to drive Amerault’s Subaru with his body inside toward Errol to an area near where they had camped many times. Meanwhile, Armando followed in his Jeep.

“He communicated to her that once the sun came up the next morning he would forgive her,” Sloper wrote.

They then went into the woods to make the campsite.

“Armando Barron ordered Britany to cut off Jonathan’s head so that he could not be identified through dental records while he (Armando) dug a grave for the head.

“Fearing Armando Barron, Britany removed Jonathan’s head using a saw left at the campsite and a smaller blade to finish the cut. The head was wrapped and put into the grave,” Sloper wrote.

Armando went to get another shovel and bought groceries at the IGA in Colebrook.

The search for Amerault started when he didn’t show up for work Monday at Teleflex Medical in Jaffrey.

Police learned that Britany Barron also worked there and had called in that day to say she was quitting.

Police also learned that co-workers believed Britany and Amerault were involved in a relationship.

On Facebook, Amerault’s friend David DupreWilson kept others apprised of the search and ultimately the tragic news of his death.

“My brother, my best man, has been found. He was murdered and left alone for four days. I am disgusted. I am angry. And terribly sad. Thank you to everyone who helped to search,” DupreWilson said.

According to Amerault’s Instagram account, he was one hike short of finishing New England’s Hundred Highest Hikes.

Amerault’s last post was Sept. 7, noting he was on the second day of a hike including Mount Nancy and East Sleeper. Amerault wrote: “When I am not home, I am hiking.”

According to the Attorney General’s Office, the capital murder charge is RSA 630:1. I(b) a person is guilty of capital murder if he knowingly causes the death of another before, after, while engaged in the commission of, or while attempting to commit kidnapping as that offense is defined in RSA 633:1.