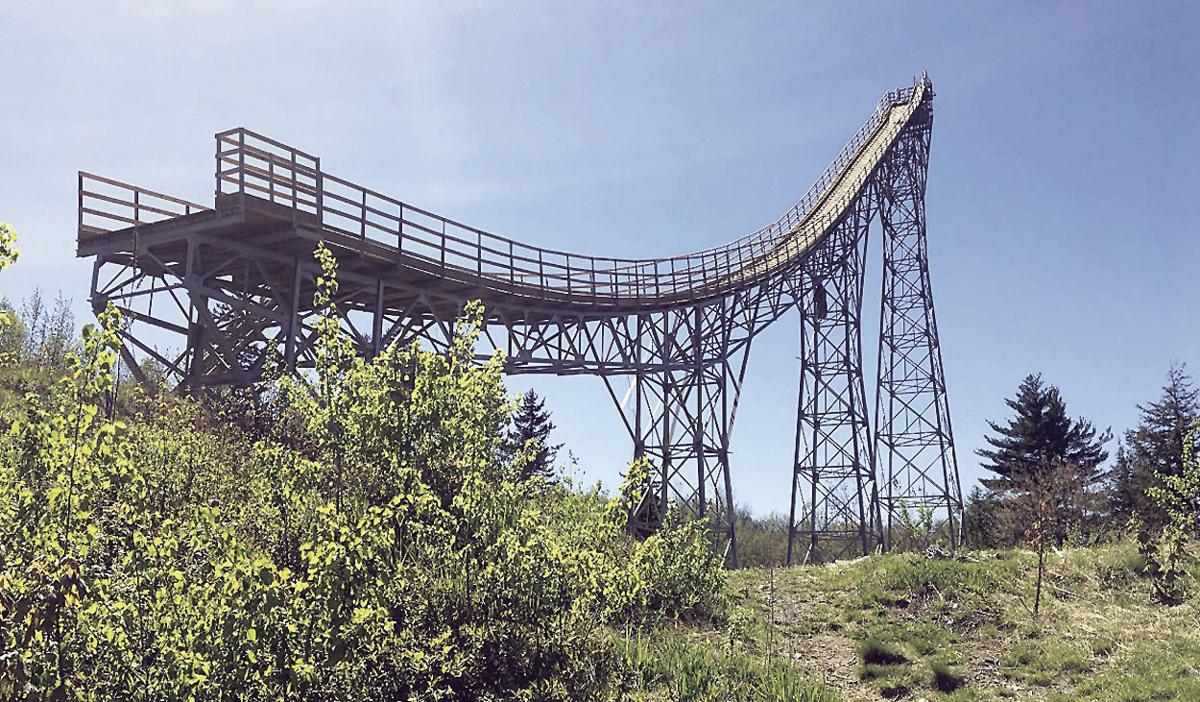 The Nansen Ski Jump, which was partially restored in 2017 for a jump by Olympian Sarah Hendrickson, has been named to the National Register of Historic Places. (TERRY LEAVITT PHOTO) 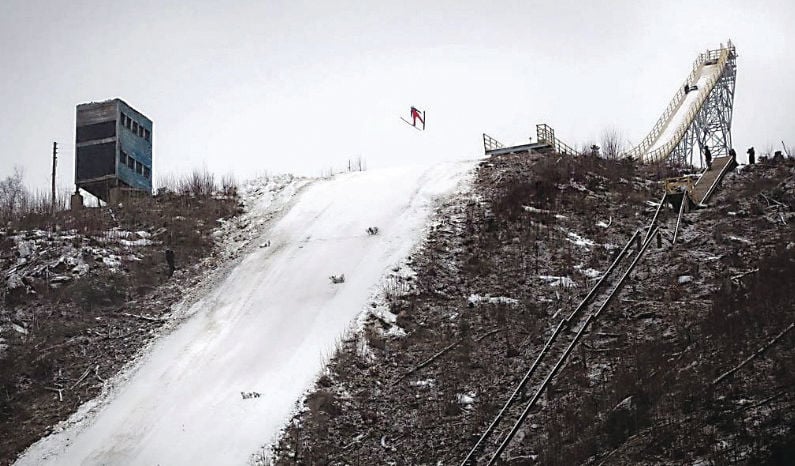 The Nansen Ski Jump, which was partially restored in 2017 for a jump by Olympian Sarah Hendrickson, has been named to the National Register of Historic Places. (TERRY LEAVITT PHOTO)

MILAN — The Nansen Ski Jump has been added to the National Register of Historic Places for both its architecture and its important role in the history of U.S. ski jumping.

The designation recognizes the jump as nationally significant and worthy of protection. It comes at a time when a local group is actively working with the state to restore the jump to allow future sanctioned jumping competitions.

“This comes at an exciting time, as we are preparing to rejuvenate the jump for future use. This recognition honors the historic and cultural significance of the Big Nansen, even as it is being prepared for a revival of ski jumping well into the future,” said Peter Higbee, president of Nansen Ski Club and a member of the Friends of Nansen Ski Jump Committee.

“This is a tribute to all of those that have come before us that created this icon, and nurtured it, to make it such a special symbol of the North Country and making it most worthy of this special status,” said Scott Halvorson, whose grandfather Alf Halvorson was instrumental in getting the jump built back in 1938.

Ben Wilson, head of the N.H. Bureau of Historic Places, said his office began the process of getting the jump on the national list about a year ago. A consulting firm was hired to do the necessary research and fill out the detailed registration form. The 67-page document was reviewed by the N.H. Division of Historical Resources, which approved it for the state register. Then it was submitted to the National Park Service for consideration for the National Register.

Wilson said it is nice to have the National Park Service confirm the historical importance of the ski jump.

The jump retains most of its original design as a competitive ski jumping complex and is likely the most intact nationally prominent historic ski jumping facility in the United States. It is one of only a few pre-World War II ski jumps of its class that still exists and possesses integrity.

Rated as a 65-meter hill when it was built, Nansen was the largest ski jump in the country at that time. Its three major elements include a manufactured steel in-run tower, a landing hill, and an outrun. Also dating back to 1938 are a three-step spectator terrace carved into the face of the landing hill and a parking lot to accommodate spectators. Many spectators stayed in their cars and honked their horns when a good jump was made.

In 1963, a tw0-story judges’ hut with nine viewing openings was added along with a 250-foot landing hill stairway to improve access for competitors and spectators. The tower height was increased and the jump was re-rated as an 80-meter hill.

Much of the jump, including the steel towers and wooden runway, was built with the help of workers from the National Youth Administration, a program established by President Franklin Roosevelt to employ young people during the Great Depression.

Nansen Ski Jump was part of a planned bid for New Hampshire to host the 1944 Winter Olympics, with Nordic events taking place in Berlin, alpine events at Cannon, ice boating on Lake Winnipesaukee, figure skating in Conway and bobsledding on Mount Madison. The Games were cancelled due to World War II.

The last jumping competition at the Nansen jump was held in 1985.

Ben Wilson noted the jump came close to being demolished in the late 1980’s.

“Fortunately for us that didn’t happen,” he said.

Since then the jump has seen a rebirth.

The 2017 run off the jump by Olympic jumper Sarah Hendrickson excited the ski jumping world and showed the Nansen jump could be safely used.

The Friends of Nansen Ski Jump have launched an effort to raise $400,000 to continue the resurrection of the jump. The committee is planning to hold an annual U.S. Cup event featuring the top junior jumpers in the country as part of a circuit with three other New England jumps. The committee expects to find out soon whether its application for a $250,000 grant through the Northern Border Regional Commission is successful.

Wilson said he expects there will be a ceremony at the site this September to install a marker noting the National Register of Historic Places designation.