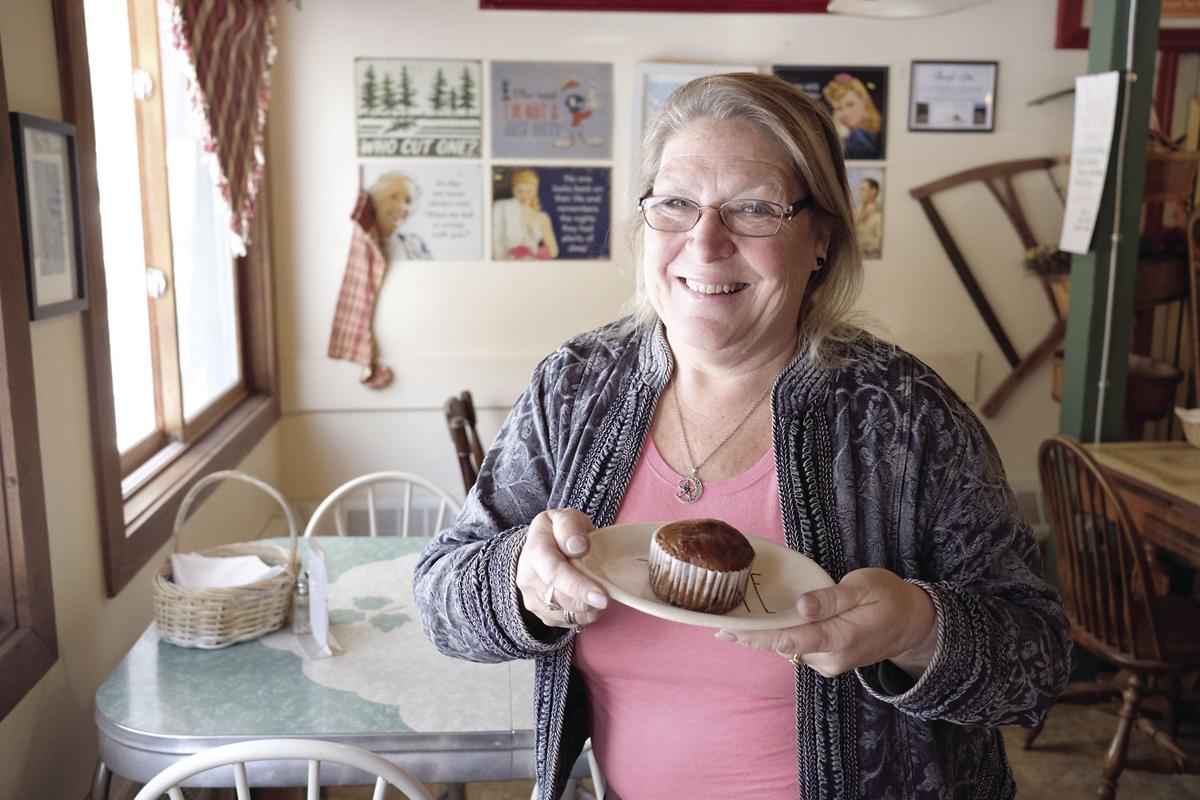 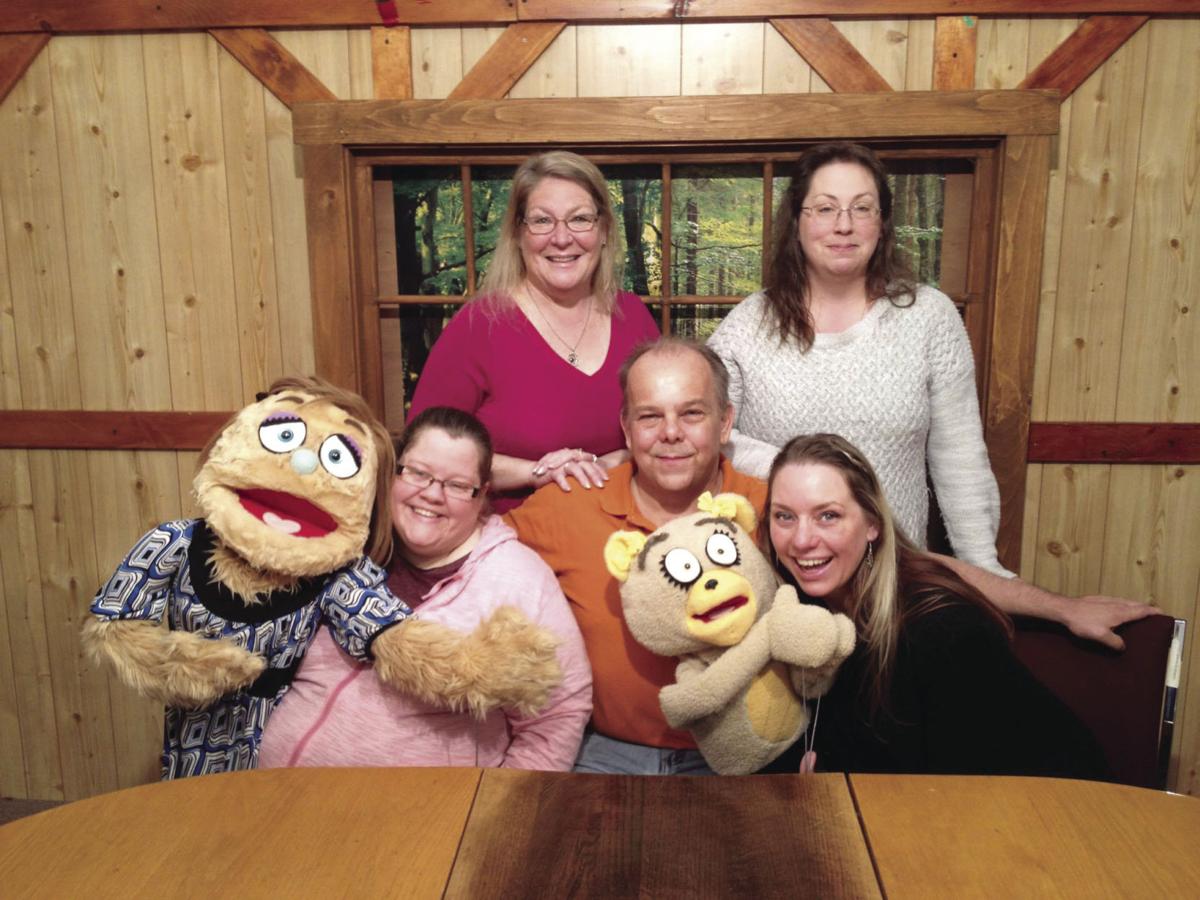 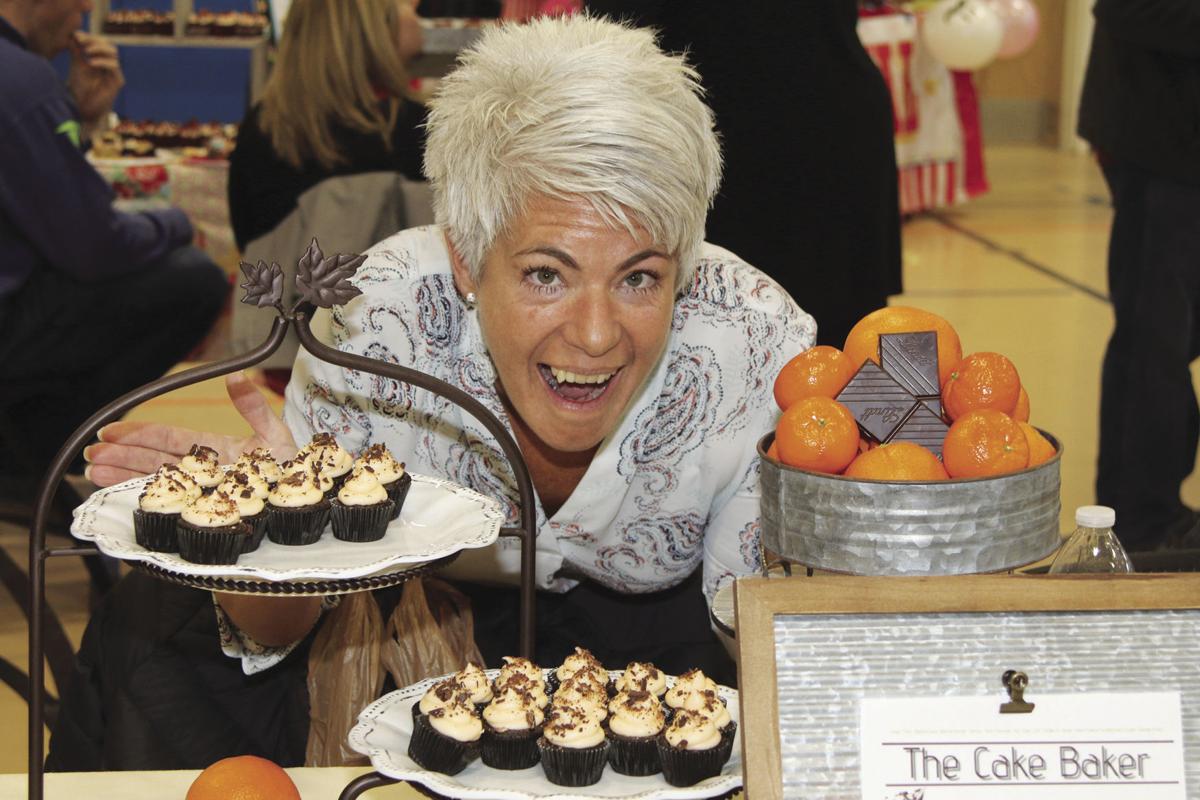 Theresa Struble of The Cake Baker is seen at the 2019 Cupcake Battle. (LISA DUFAULT PHOTO) 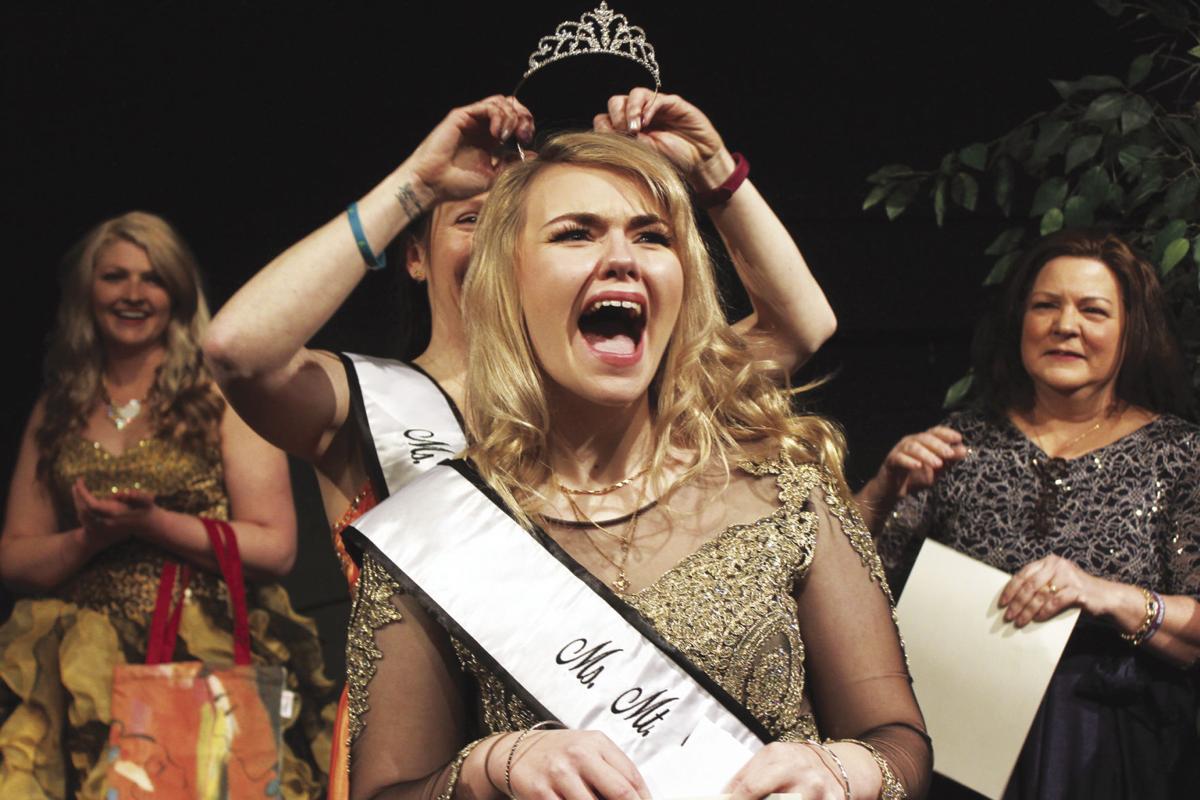 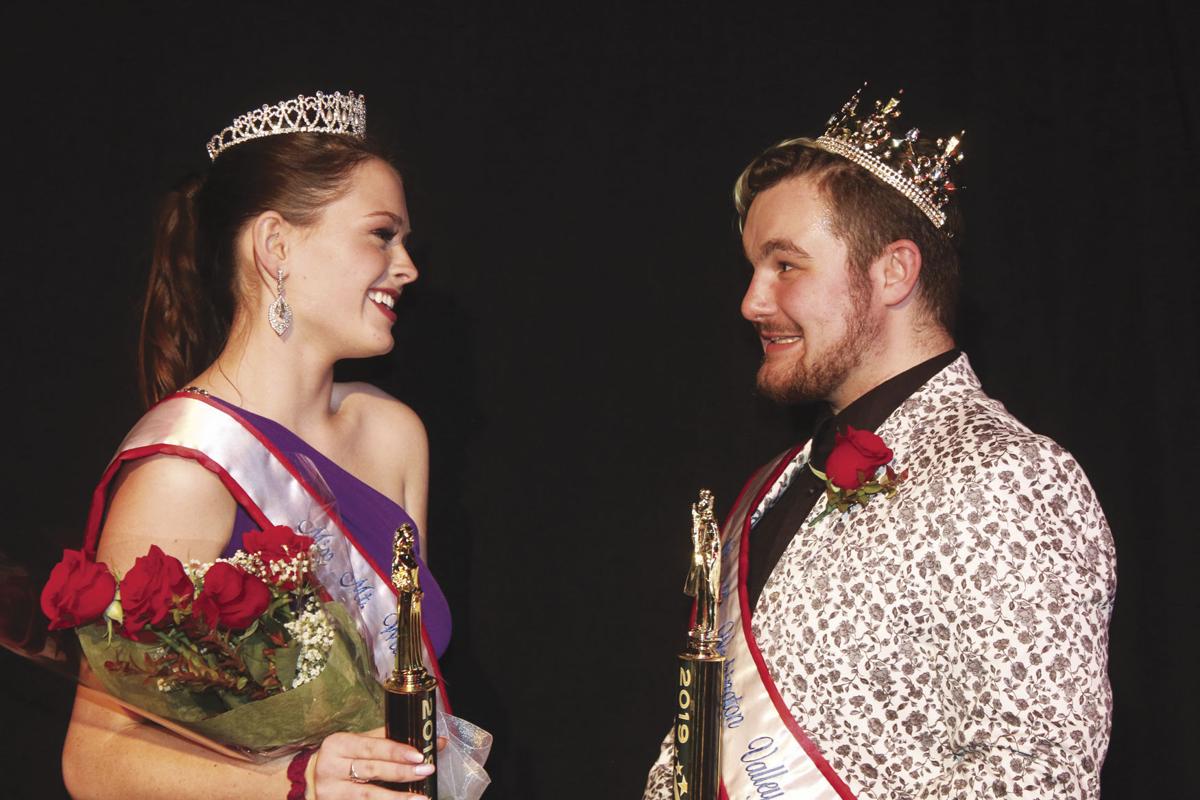 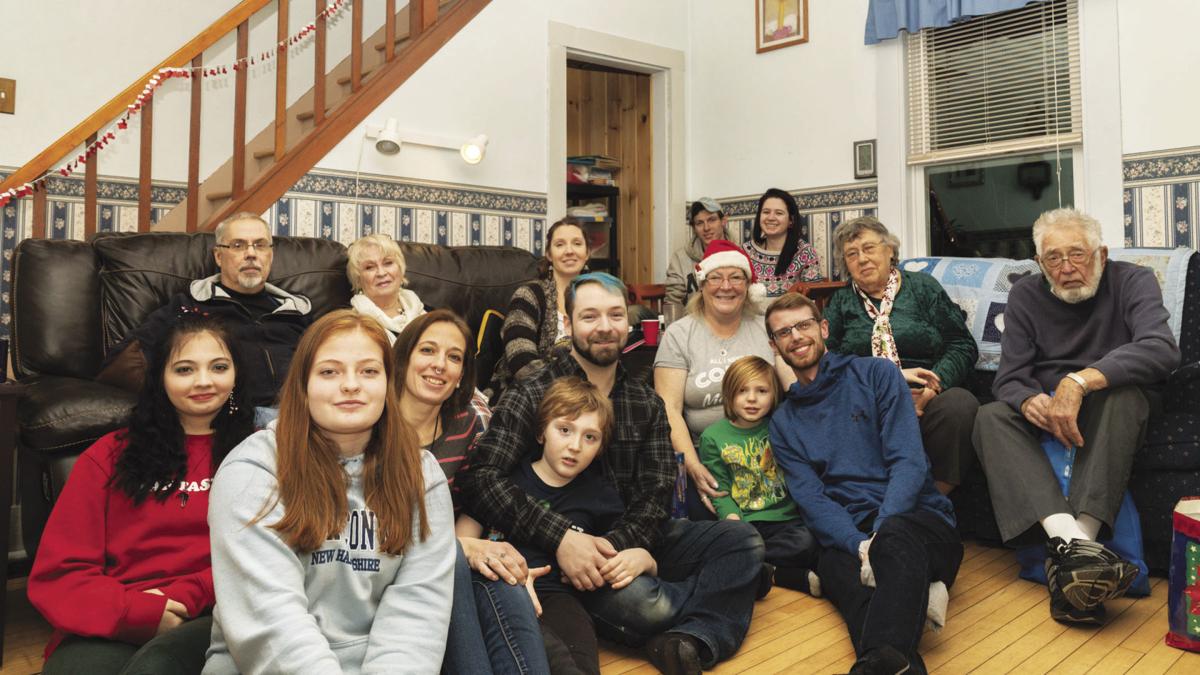 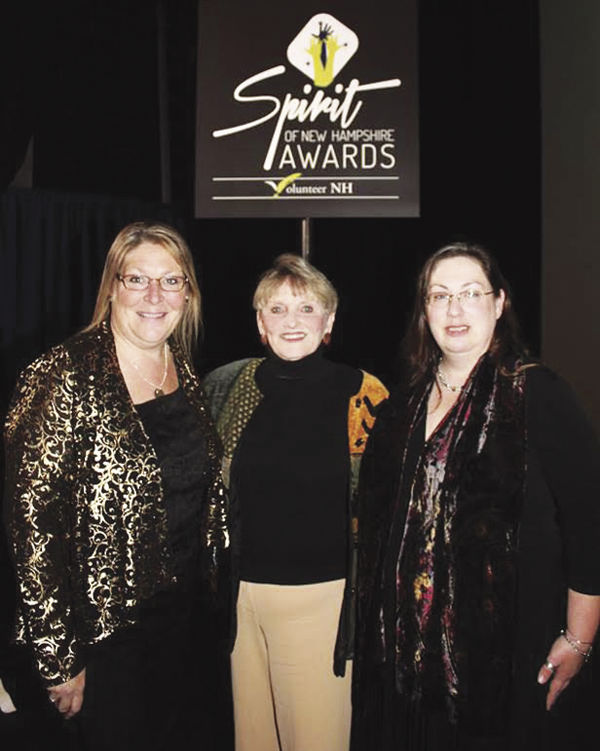 Lisa DuFault (from left) is seen at the New Hampshire Spirit Awards with Mary Carey-Seavey, who also won the award in 2014, and former Valley Promotions Board President Christina Howe. (COURTESY PHOTO)

Theresa Struble of The Cake Baker is seen at the 2019 Cupcake Battle. (LISA DUFAULT PHOTO)

Lisa DuFault (from left) is seen at the New Hampshire Spirit Awards with Mary Carey-Seavey, who also won the award in 2014, and former Valley Promotions Board President Christina Howe. (COURTESY PHOTO)

They are all the brainchildren of Bartlett’s own Lisa Saunders DuFault.

DuFault is a woman who, sometimes literally, wears many hats — photographer, writer and, most significantly, founder of Valley Promotions, a 501(c)(3) organization whose sole function is to promote the numerous charities, foundations, theater companies, land trusts, conservation groups, animal shelters, libraries and other non-profits that make the Mount Washington Valley the vital place that it is.

DuFault explained during a recent interview: “What the Mt. Washington Valley Chamber of Commerce is to local businesses, Valley Promotions is to non-profits.”

Helping her community is a passion that DuFault believes is in the blood. “My mother, my great-grandmother, they were always involved in charity work.”

Add a definite creative bent — her great-great-grandparents were part of the White Mountain School of Art, painting and even becoming early photographers — and it’s easy to see how Valley Promotions became such a labor of love for DuFault.

Though a native of Massachusetts (“born in Bourne,” is how she puts it) due to her late father being an Air Force master sergeant, “my family goes back in the valley over 200 years.”

When Lisa was in second grade, her parents, Bob Saunders and Carol Ainsworth divorced, and Lisa, her mom and her brothers Dean, Dennis and Jeffrey came back to Bartlett to live.

She said her mother, who graduated from Keene State College as a home economics teacher, taught at Bartlett Elementary, Pine Tree School and Jackson Grammar School.

“She finally retired about 10 years ago, and now lives in East Conway,” DuFault said.

DuFault attended Bartlett Elementary — “not Josiah, that was added later” — and went on to graduate from Kennett High School, where she fell in love with writing and poetry.

From there, she went on to White Pines College in Chester, where she studied photojournalism. There, however, she said, “I discovered I hated journalistic writing. But I picked up the camera and it came full circle.”

Members, who pay $75 a year to Valley Promotions, can take part in the competition, vying for a grand prize of $500 for their organization. Contestants, DuFault said, “have to represent the organization. We modeled it after the teen pageant, because I’ve been doing that 30-plus years.”

Valley Ms., as DuFault refers to it, takes place all in one afternoon. First there is an interview with a panel of community judges, which constitutes 30 percent of score. Following that is a one-minute prepared speech about their organization, also worth 30 percent. Then there’s a runway walk, which DuFault said is designed to be fun.

“The year my youngest daughter won, she represented Habitat and wore a toolbelt over her gown,” said DuFault, adding that since Amy competed under her married name, the judges had no clue who she was.

The final 10 percent, DuFault said, “is what we call cash cans. They create a can and put it in their office, or do a GoFundMe page.” The winner of that last 10 percent is whoever raises the most cash, and the organization gets to keep all the money.

The winners are given not only checks but sashes and crowns, along with a request to appear at other Valley Promotion events, such as the Volunteer of the Valley awards, taking place in November, and the upcoming Cupcake Battle. “They get to present the awards,” DuFault explained.

There is also a MWV Teen Scholarship Pageant, which has been expanded to include boys as well, set to take place April 26 at the Grand Summit Hotel in Bartlett.

Of the 21-year-old Herlily, DuFault said: “She spent all this past weekend in New York competing in the Queen Beauty USA pageant.”

Herlihy, of nearby Fryeburg, Maine, was also crowned Ms. MWV Teen in 2016. She went on to win Miss White Mountains Region, which is part of the Miss New Hampshire program, DuFault said.

“We evolved now we go with Mount Washington Valley Teen Scholarship Event. So we have a teen queen and a teen king, and it’s all about the scholarship.”

Of all the events she does, you can tell DuFault’s favorite is the Volunteer of the Year awards, turning 11 this year.

“We basically decided there are so many people in this community that volunteer like crazy, and there was nothing up at this end of the valley or state. They have some great programs at the southern end of the state, nothing here,” she said.

“The organizations can nominate them, anyone they feel is an amazing volunteer. We collect letters about that person, and then we hold that event.”

Note that it is “Volunteers,” not Volunteer.

“We do typically 10-14 people every year,” DuFault said. “We can accept nominations from anybody anytime.” The winners, she said, get a certificate, and the governor of New Hampshire gives them a citation.

“There is no age limit. It can be an individual, a couple or a group. Several years ago, the Conway Area Humane Society nominated their junior board of directors, all teenagers. So that was kind of cool.”

Ask DuFault — who said she started out as Bartlett’s cheerleading coach and that her first fundraising event was a lip-sync contest — what the seminal moment was in forming Valley Promotions, and she credits her financial adviser husband Deni DuFault, whom she met after college at the former Second Iron Beach in Bartlett.

“It was 12 years ago, we were actually at a fundraiser and someone made a comment: “It would be so nice if we knew these things happened, because we didn’t realize it was happening.’ And Deni said to me, ‘Couldn’t you create a calendar or something so people could look at that and see the non-profit stuff that’s happening?’

“I said, ‘I’m sure I could do something.’ So I went on the computer, and I found a calendar that people could access and put in their information. And I reached out to a couple of friends in non-profits — I mean, I’ve been involved in the non-profit world my whole life because of my mom and my grandmother — that’s just what we do.

“So they started sending me information, and everything snowballed. We started doing the newsletter. It used to be four pages — now it’s eight pages on a normal month. It comes out every two weeks, because there is so much stuff happening. We’ve got store, libraries, doctor’s offices ...” The reach, DuFault said, is Carroll County, Oxford County, Maine; as far south as Sandwich and as far north as Berlin.

“Any non-profit can send stuff to the calendar,” DuFault explained, “but if they want to be part of the collaborations, on the TV show — we do a weekly show on Valley Vision, on Channel 1301, called ‘Charity Chatter,’ which is the name of our newsletter — they have to be a member.

While the non-profit Valley Promotions now has a “very involved” board of directors, DuFault said her three kids Michelle, Amy and Alex — all grown and married with children of their own — were a big help in getting the endeavor off the ground.

Michelle, the eldest, is the mother of three daughters and lives in Bartlett; Amy, who has one son, lives in Hooksett; and Alex, the youngest at age 32, also has a son and lives in Rochester.

“My daughters in particular have always been really involved in helping me with events,” DuFault said.

Some family is still close by. Brother Dean lives in Conway. His twin brother Dennis and older brother Jeffrey are both chefs, DuFault said. “Dennis is in Hampton and Jeffrey in Rutland Center, Vt. Having chefs in the family is great for weddings,” she added. “Free cake.”

Speaking of cake — where did the idea for the Cupcake Battle, now in its 10th year, come from?

DuFault said it was at a time when “Cupcake Wars” was big on TV. “And I thought, ‘Hmmm, we could do something like that around here, just tweak it a little bit.’ So we did.’”

The event — happening this Sunday, Feb. 16, from 1-3:30 p.m. at the North Conway Community Center in downtown North Conway Village — is funded by $12 ticket sales.

The tickets themselves help make the experience not only delicious — ticket-holders can sample a cupcake from each of the 14 bakers — but interactive. They also serve as ballots, with each ticket divided into four parts, representing the four categories of pro baker, home baker, teen baker and child baker.

In addition to the tasting and voting (with winners announced at 3:30 p.m.), there also will be a cake auction.

DuFault said she is often asked why she needs to raise money to put on her events, and explains: “I have to print the program. It costs money to do this stuff. We’ve got a website, we’ve got a newsletter, we’ve got wear and tear on my car. ... Not to mention we give out prize money.”

She is eager to see what the child bakers come up with. “The kids all watch ‘Chopped Junior,’ and they are so excited to compete, one mom said.”

The contest started out with just home bakers, but more recently the professionals got involved.

DuFault is proud to relate that last year’s winner, Julie Tavares of Batter-Up Bakery in Chocorua, started as an amateur and then moved up to the professional ranks. “The first year she competed with us, she was not yet a pro, and I like to think that maybe we helped her decide that was a good idea,” DuFault said.

On top of all these events is her gig as a professional photographer. “I do senior portraits for Kennett High School and elopements.”

Not weddings? “No, elopements,” DuFault clarifies. “I used to do weddings. I put in about 30 years of that. I do elopements now, and I love it.”

Her shots are usually set up at scenic backdrops like Jackson Falls or the Moats.

“Usually, it’s the JPs (justices of the peace) who have my name. We’ve got so many in the valley.” Bakeries and hotels also sometimes contact her.

Another event is the all-women golf tournament, the Damsel Scramble. Then there is the Mouth-Off, a lip-sync contest that takes place at the Abenaki Trail bar in North Conway (upcoming date to be determined).

If doing all this sounds like more than a full-time job — DuFault also is employed by Story Land, helping get the Glen theme park ready for the season throughout the year — it is.

“I average 200 hours a month doing this,” DuFault said, adding, “This is my passion.”