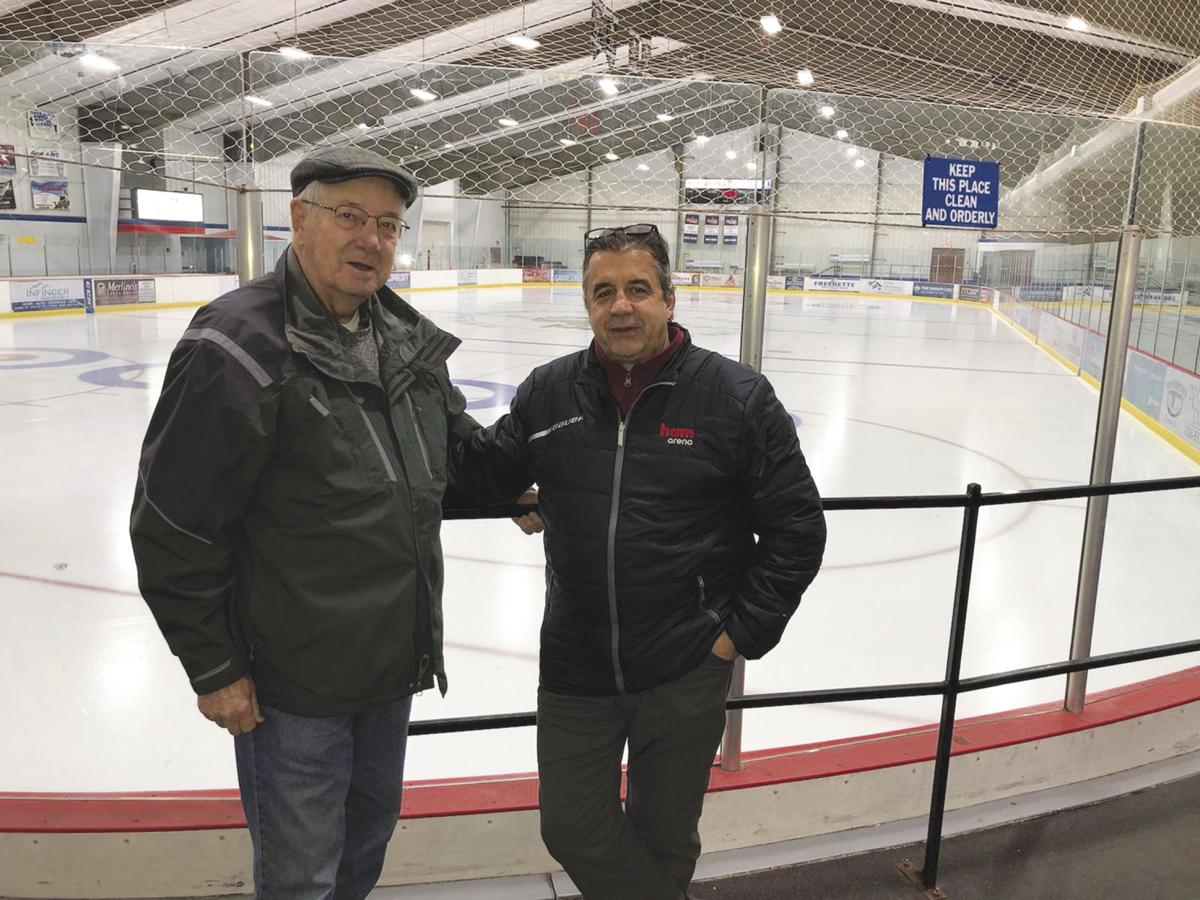 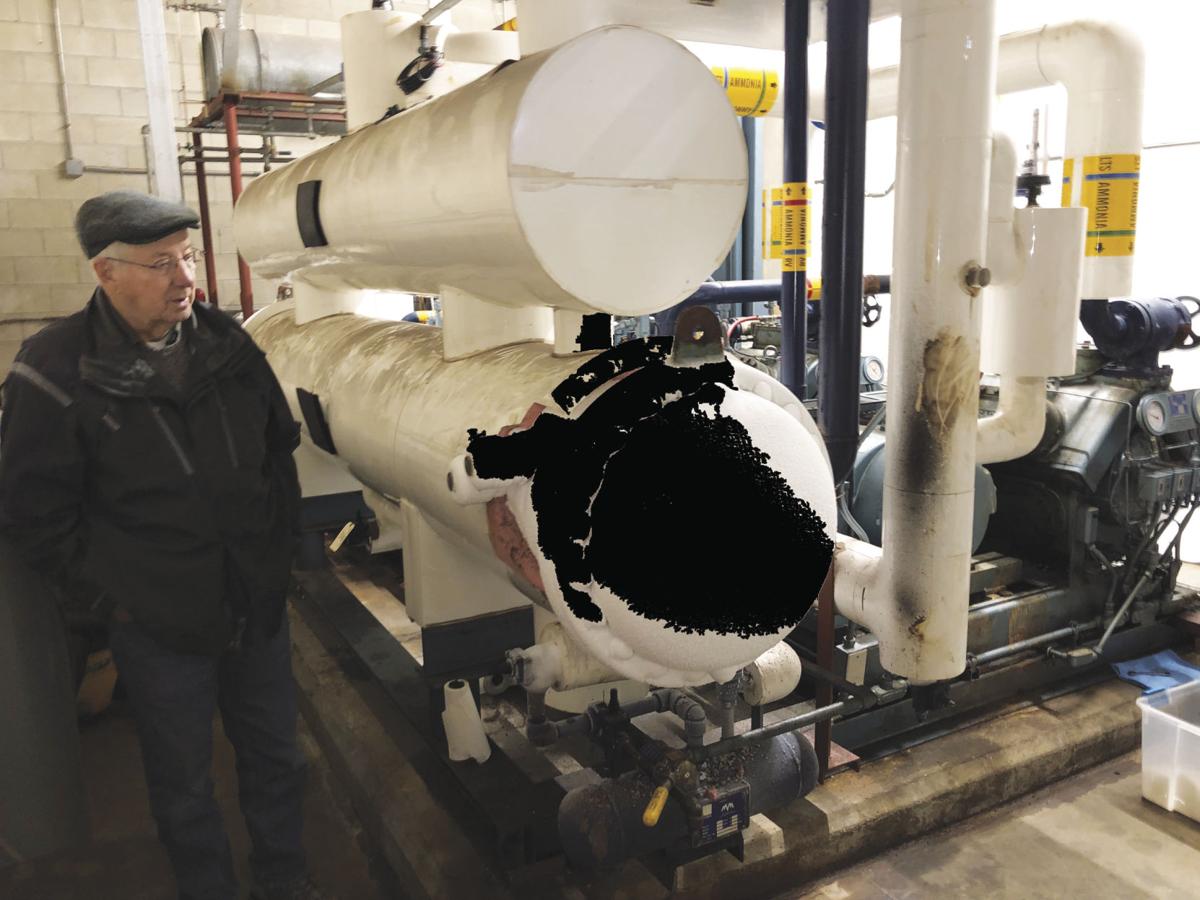 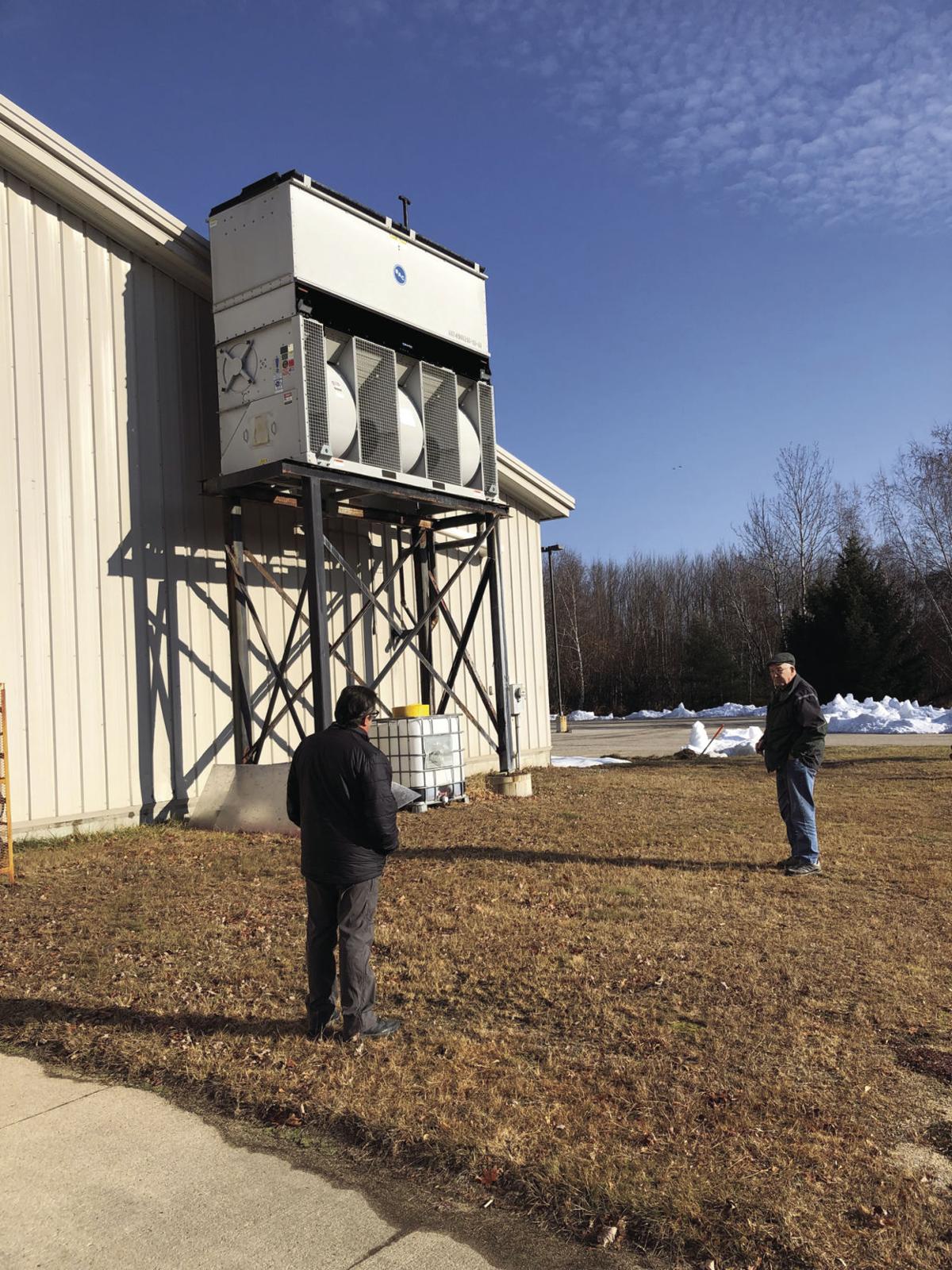 CONWAY — Although it still looks spick and span inside, due to the efforts of the staff, the 21-year-old Ham Ice Arena is starting to show its age when it comes to its infrastructure.

To that end, the board of directors of the non-profit that runs the indoor ice arena recently launched a $250,000 “Repair and Replace” capital campaign in order to match a $250,000 challenge grant made by an anonymous donor.

“People have no idea of the work involved to keep a facility like this running,” said longtime West Main Recreation Corp. board member Bob Murphy of Silver Lake, who chairs the capital campaign.

Murphy made his remarks while giving a tour of the community-built rink with arena manager Dave “Woody” Woodbury last week.

The ice gleamed under the energy-efficient LED lights that were installed two years ago.

Murphy noted this would be “the first time since the construction of the arena that we have reached out for the repair and replacement of equipment program that will help us meet our needs for the next 20 years.”

“All that stuff that was put in 20 years or more ago has a 20-to-25-year life cycle, and some of it is breaking down: the compressor, the chiller barrel that keeps the ice cold, the dehumidifier,” said Woodbury,

Murphy and Woodbury — the latter of whom is into his fourth year at the arena — showed off some recent capital improvements, including the DS 5000 dehumidifier, which was installed behind the building last summer at a cost of $57,000.

“It keeps the glass from fogging up inside the arena,” said Woodbury.

At the same end of the building was a cooling tower for refrigeration that was installed three years ago at a cost that neither Woodbury nor Murphy could recall specifically but said it was “big money.”

Back inside, they displayed the chiller barrel, which resembled the torpedo tubes down in the hollows of a submarine. Woodbury said two weekends ago, the chiller heads had to be removed at either end because one of the tubes had a hole that had to be plugged. “They used a motor mount to get this end off, and a welder worked all weekend so it took a team of five to get it fixed.”

“All the while, trying to make sure the ice didn’t melt,” Murphy said.

The cost for that fix was $27,000, Woodbury, offering it as just an example of the constant upkeep required to properly run the arena.

Murphy said the entire chiller barrel probably will need to be replaced within the next few years.

They also showed off the propane Zamboni machine that was purchased four years ago and which bears the logo of the Kennett High hockey Eagles as well as the Valley Originals local independent restaurant group.

The tour ended with a visit to the Kennett High hockey locker room, which is being painted in black-and-gold team school colors by seniors on the team.

The team will begin its tournament schedule and regular season in the coming weeks.

The arena is home to men’s and women’s adult leagues and a co-ed Thursday night league, as well as youth hockey, stick-and-puck sessions and public skating, as well as figure skating activities with the Mt. Washington Valley Figure Skating Club. It is also home to the MWV Curling League.

Murphy estimates the arena hosts 15 hockey tournaments a year. It also is home to hockey camps in summer.

The arena annually shuts down for ice out and maintenance in April and puts the ice back in later in summer. In the past, the ice sheet was restored in late June, but the directors this year opted to wait until late July.

Ham Arena was built in 1998 after a $1.8 million fundraising campaign, which was used toward the $2.1 million cost, said Murphy, board treasurer, and West Main Recreation Corp. President Chris Weiss, who is general manager/owner of Crest Chevrolet.

The West Main Recreation Corp., which owns and operates the arena, is a 501(c)(3) tax-exempt organization. To help out the matching grant capital campaign, find pledge forms online at hamarena.com.

To make tax-deductible contributions, either as a four-year pledge annually, or to receive an annual reminder, send checks for the Repair and Replace Fund payable to the West Main Recreation Corp., to P.O. Box 276, 87 West Main St., Conway NH 03818.