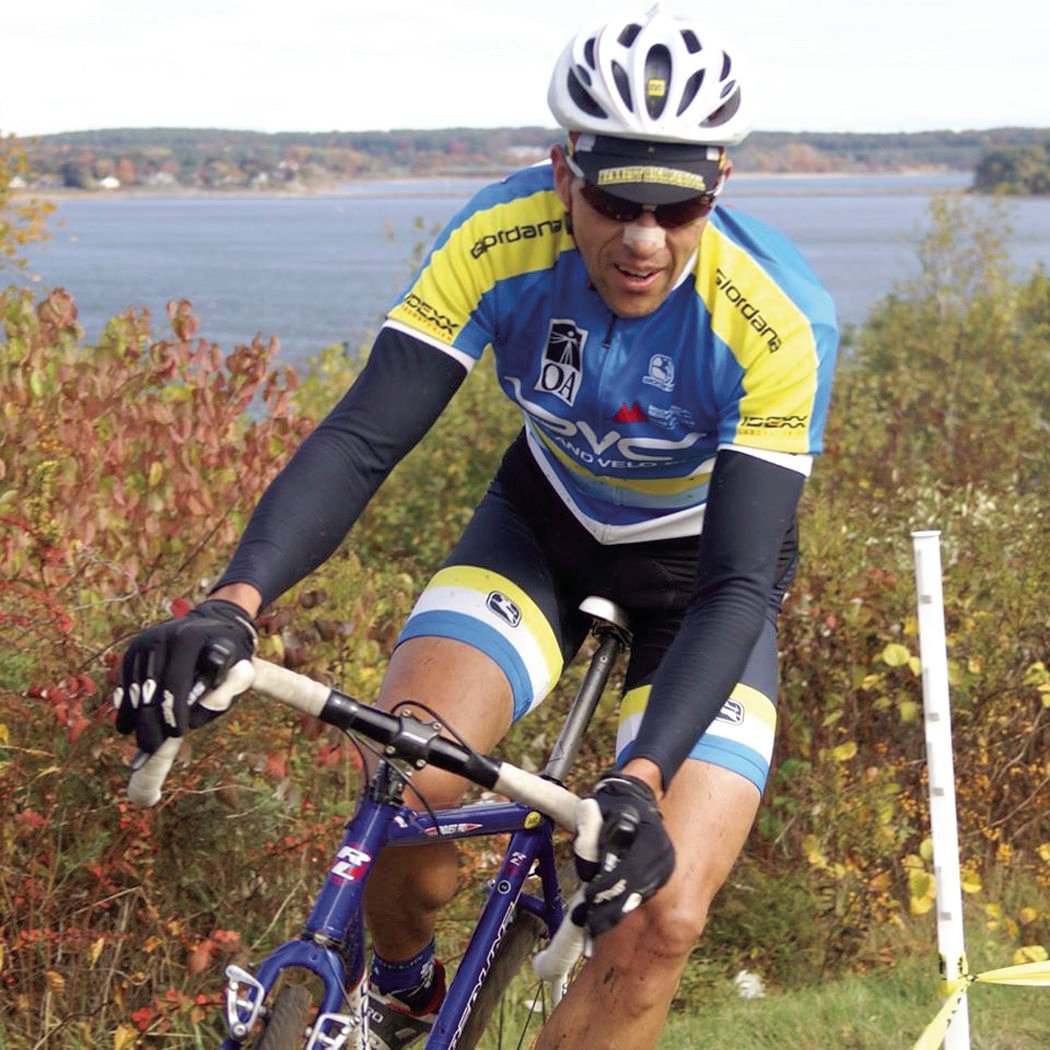 Chris Darling has a passion for cycling — and helping others. (COURTESY PHOTO) 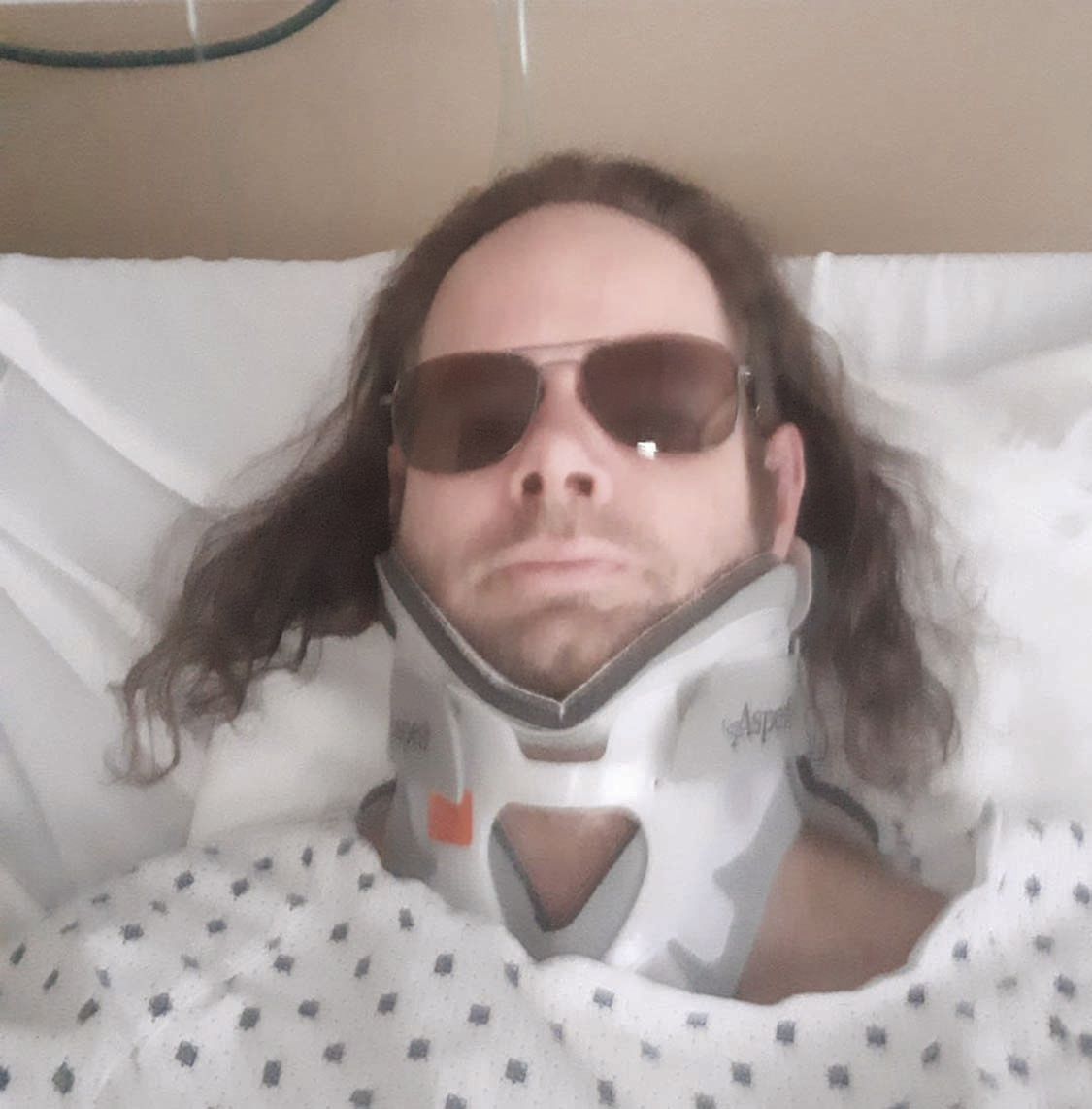 Chris Darling has a passion for cycling — and helping others. (COURTESY PHOTO)

That has prompted Darling to create a GoFundMe page for Nickerson, who was struck from behind by a vehicle while riding his bicycle to work on East Conway Road on Oct. 27.

Darling believes it is important to take care of each other and to be on alert for bike riders at all times year round.

Nickerson, 41, of Fryeburg, Maine, had to be transported to the Maine Medical Center in Portland following injuries sustained in the possible hit-and-run accident on East Conway Road. Police said the operator of the vehicle, Robert Day, 28, of North Conway, is cooperating in the investigation.

Nickerson said he is expected to have a 12- to 18-week recovery period from multiple injuries sustained in the accident. He sustained a broken vertebrae in his neck and a broken tibia bone in his left leg. He also has three broken ribs and a lacerated liver. He said he had a collapsed lung as well. He underwent an surgery at Maine Medical in the early morning hours after the accident.

Nickerson said he is on a leave of absence from the North Conway Grand Hotel.

“Although Paul Nickerson is not someone I know, the news of his tragedy hit me hard,” said Darling, who lives in Lovell, Maine, and regularly cycles East Conway Road. Often, it’s to and from Kennett High School. “As a year-round bicycle commuter, recreational rider and youth cycling coach, my life is regularly threatened by people speeding, making unsafe passes and turns and driving inattentively. When I read about what had happened to Paul, I was struck by the reality that his tragedy could easily have been my own, or that of one of my friends or students.”

He added: “In my cycling community, we have a tradition of taking care of one another. We draft off one another, take turns pulling and assist one another when someone is in need, even when we do not know them personally. In reading about Paul and his situation, it seemed to me that he needed some help, so I began a GoFundMe Campaign for him to use on his journey back to recovery and rehabilitation. Members of the Bicycle Coalition of Maine, Portland Velo Club and Mount Washington Valley Bicycle Club have joined me in supporting the campaign, and I hope that others will feel compelled to do something for Paul too.”

“Paul is worried that due to his injuries and time needed to heal, his job will not be available when he returns,” Darling, 47, wrote on the Go Fund Me page. “Please help us raise financial support for this local cyclist to help with bills and hospital after-care. MWV cycling community supports local cyclists!”

Nickerson is grateful for the effort Darling has started.

“While I have no direct knowledge of the circumstances surrounding Paul’s collision, the mere fact of the collision also prompted me to want to remind the motoring public to look for and see people and bikes,” he said. “I recognize that speeding, distracted driving and operating under the influence are real problems for all of us on Maine and New Hampshire roadways. However, those of us who are bicyclists face an additional problem: most drivers are not even looking for us to begin with. They are only looking for other cars and motor vehicles.”

Darling, a member of the Portland Velo Club, and the Mount Washington Valley Bicycle Club, offered an example.

“Drivers waiting to make left-hand turns at an intersection usually look for oncoming motor vehicles, but often forget to check for oncoming bicyclists before commencing their turns,” he said. “Similarly, many drivers entering and exiting shopping plazas often forget to check sidewalks and the shoulders of the roadway for bicyclists and other people. I also regularly see drivers making unsafe right-hand turns near bicyclists, completely forgetting about the bike lane or biker traveling on the right-hand shoulder of the way.”

While he owns and drives a car, Darling said he “regularly commutes to work by bicycle for health and environmental reasons, as well as to help minimize motor vehicle traffic and congestion on our roadways.”

“I invite you to drive vigilantly, as well as to help warm Paul’s holiday season with a donation to the Paul Nickerson GoFundMe Campaign (gofundme.com/f/paul-nickerson-fund),” Darling said.

Reporters Tom Eastman and Daymond Steer contributed to this story.