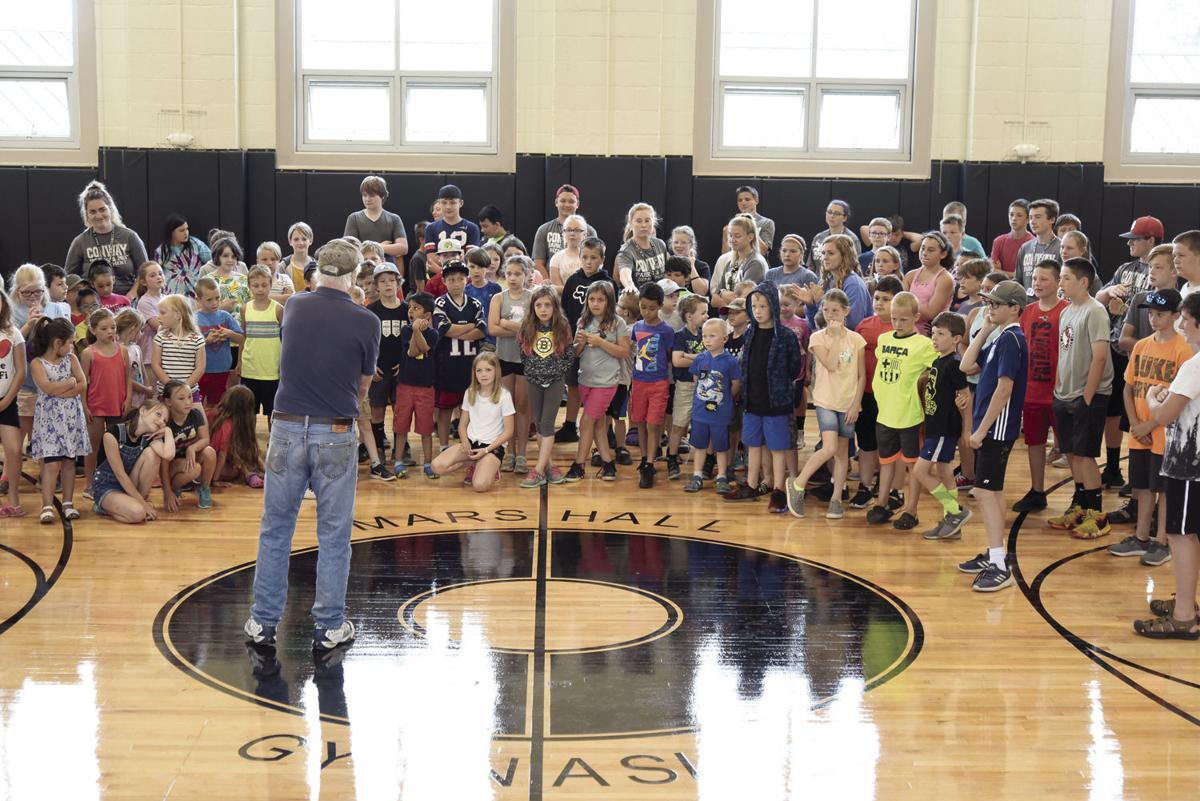 Sut Marshall talks with a large group of summer campers just after the dedication of the gymnasium in Marshall’s name in the newly renovated section at Kennett Middle School in Conway as the new Conway Parks and Recreation facility on July 9. (JAMIE GEMMITI PHOTO) 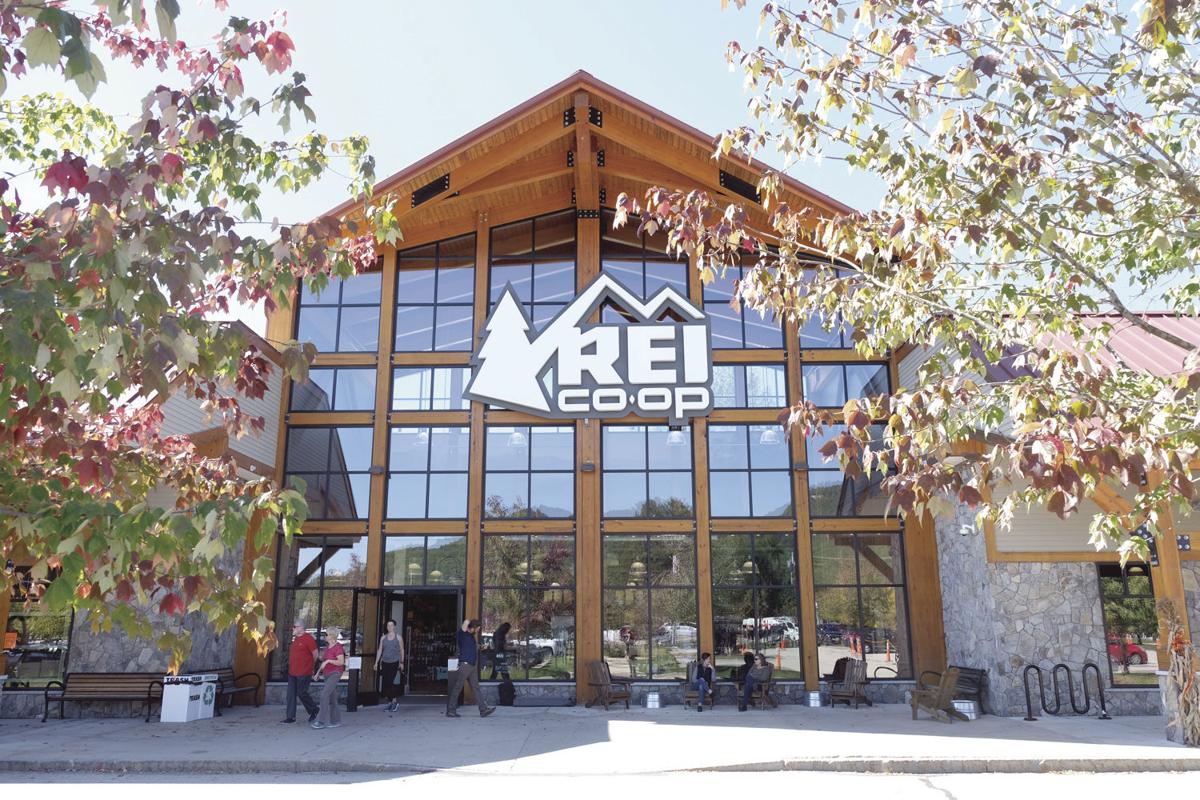 The new REI Co-Op opening in North Conway was a big deal for the valley. The recreational outfitter and retailer is headquartered in Seattle. (JAMIE GEMMITI PHOTO) 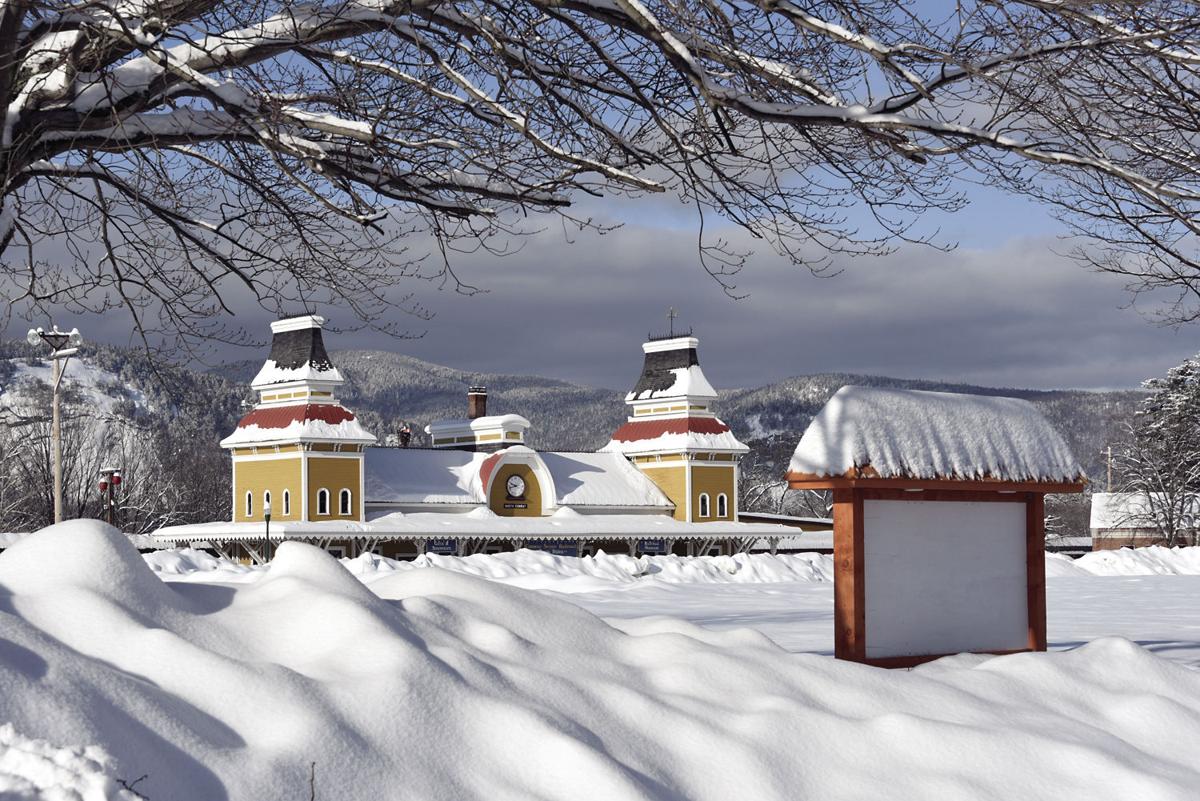 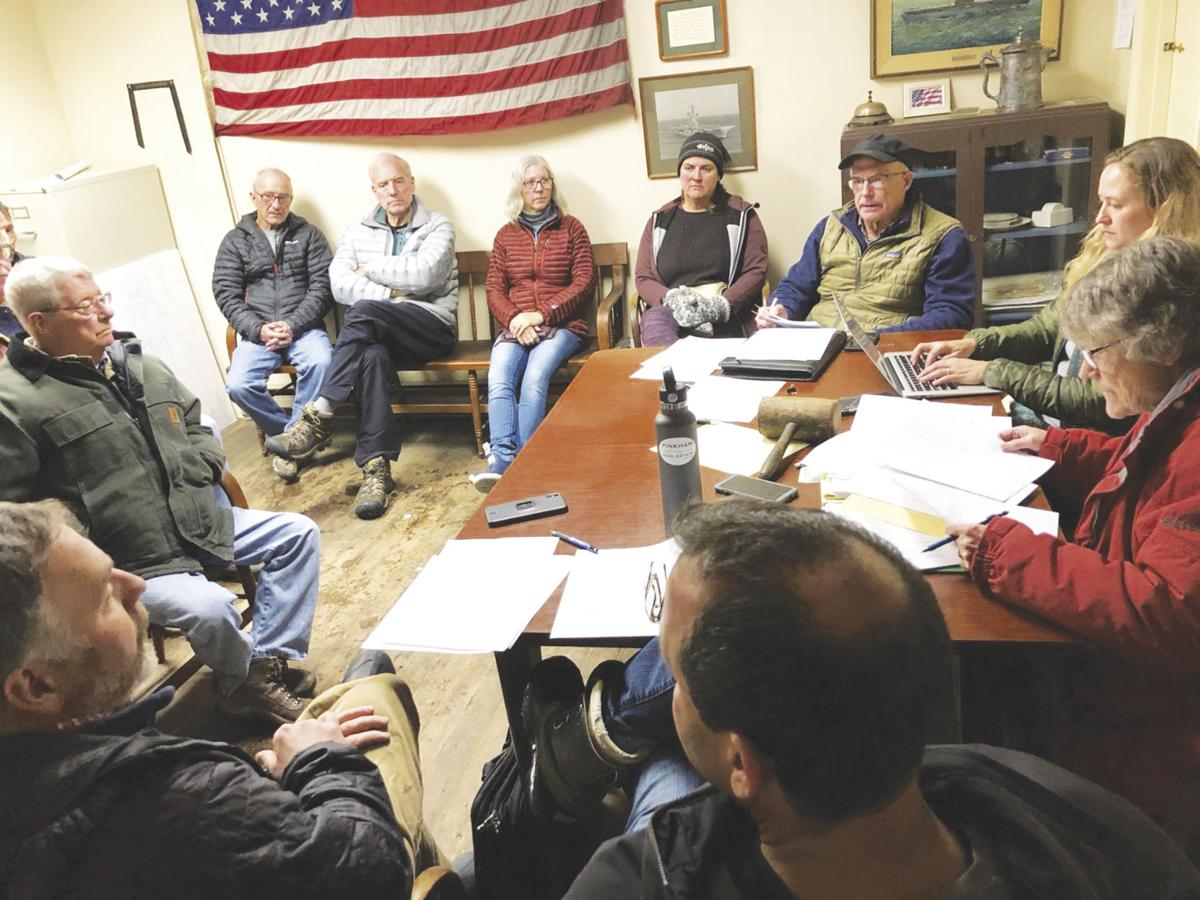 Members of the Kearsarge Lighting Precinct Zoning Review Committee meet Dec. 4 at the KLP offices to review seven short-term rental proposals. Grappling with that issue was the top story of the year. (TOM EASTMAN PHOTO) 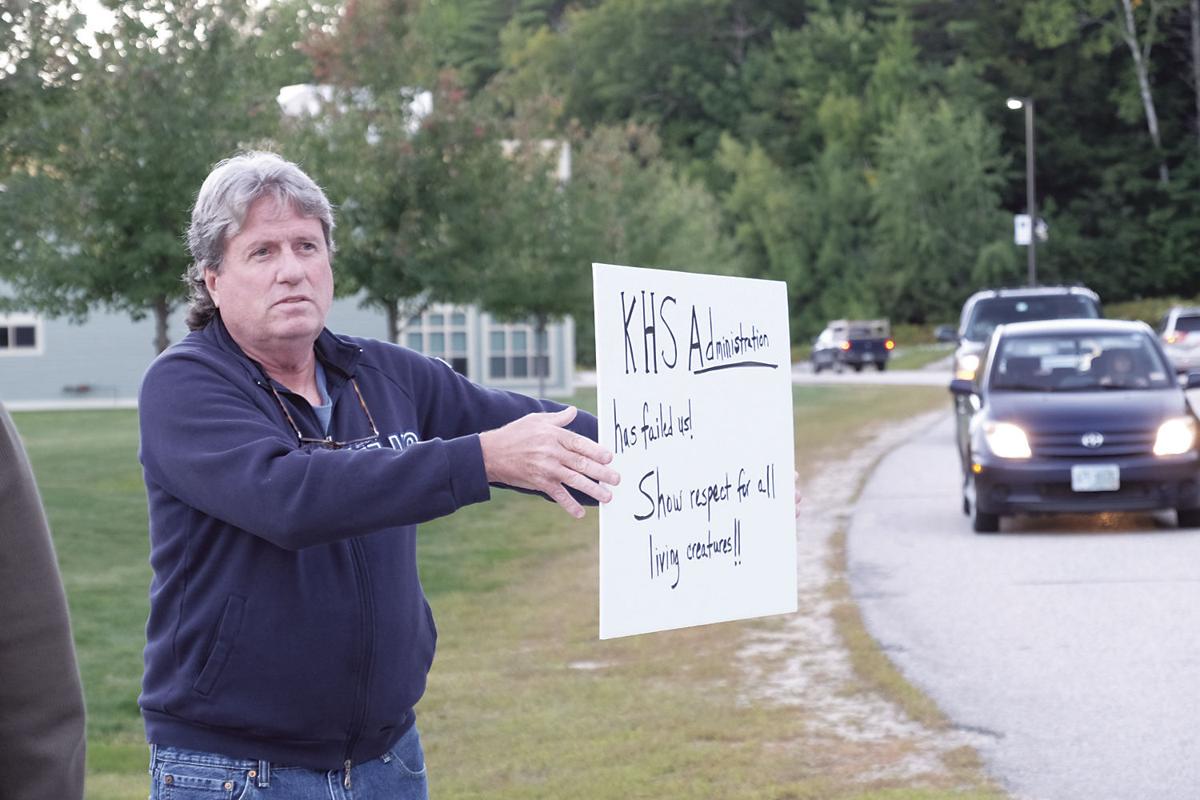 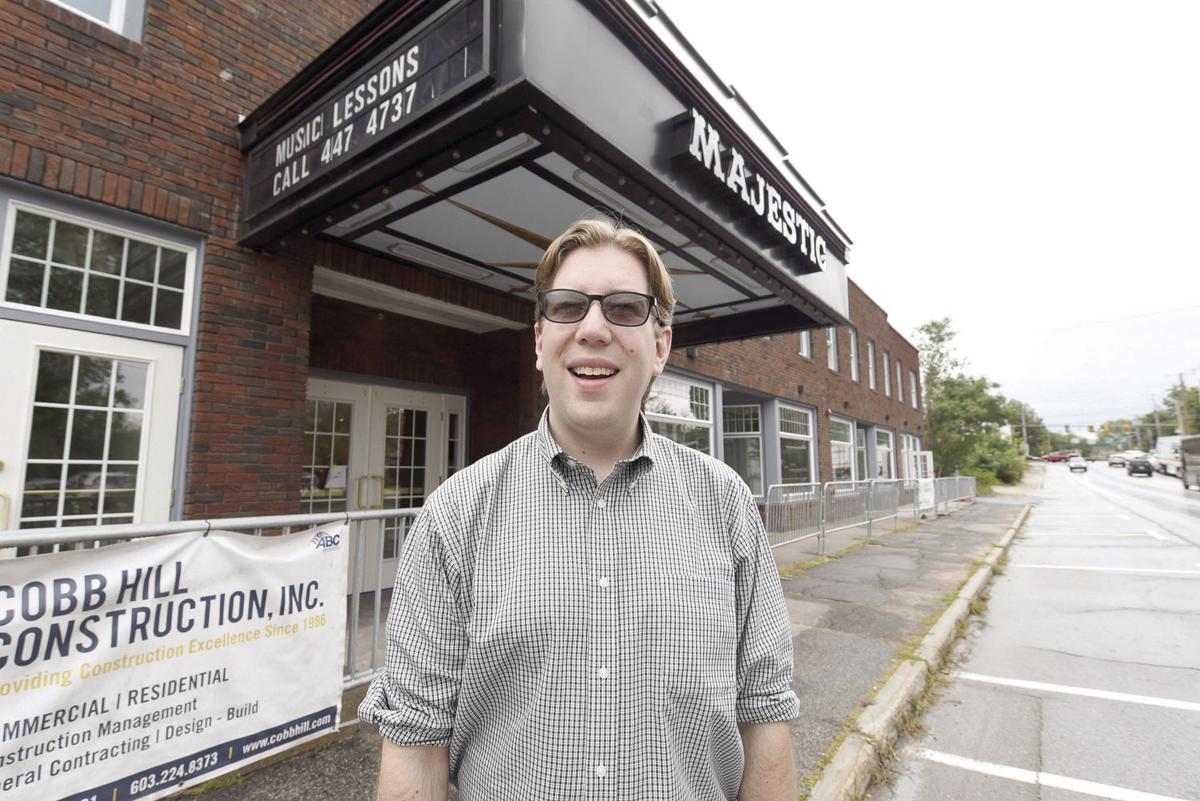 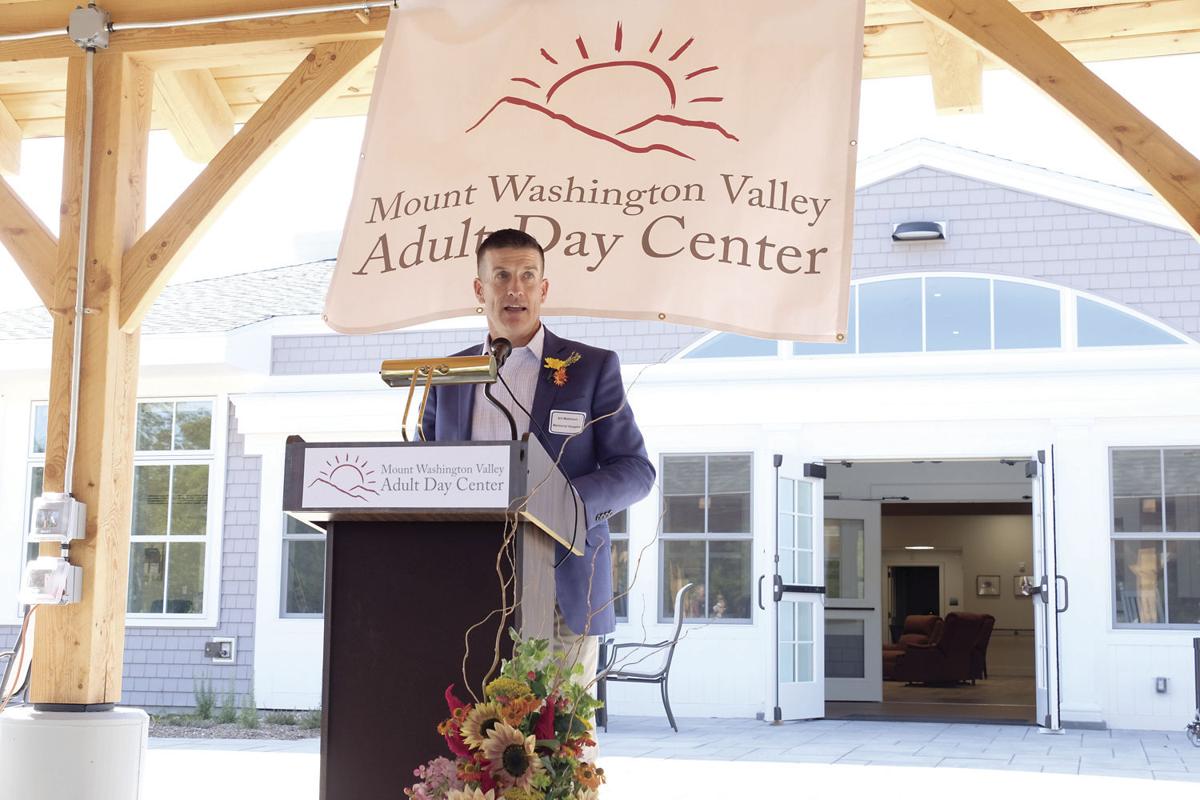 Sut Marshall talks with a large group of summer campers just after the dedication of the gymnasium in Marshall’s name in the newly renovated section at Kennett Middle School in Conway as the new Conway Parks and Recreation facility on July 9. (JAMIE GEMMITI PHOTO)

The new REI Co-Op opening in North Conway was a big deal for the valley. The recreational outfitter and retailer is headquartered in Seattle. (JAMIE GEMMITI PHOTO)

Members of the Kearsarge Lighting Precinct Zoning Review Committee meet Dec. 4 at the KLP offices to review seven short-term rental proposals. Grappling with that issue was the top story of the year. (TOM EASTMAN PHOTO)

CONWAY — The Top 10 stories of 2019 as selected by the editorial staff of The Conway Daily Sun are summarized below.

1. SHORT-TERM RENTALS. The dominant issue locally over the past year has been how to deal with the rise of rental platforms like Airbnb in residentially zoned areas in Conway, Bartlett, Jackson and Madison. There may be as many as 1,000 short-term rentals in the Mount Washington Valley.

The issue was hotly debated in the Kearsarge Lighting Precinct, which encompasses parts of both Bartlett and Conway and where a court case is currently pending between the KLP and homeowners. There are an estimated 105 short-term rental properties in Kearsarge, which has required own-occupied rentals since the precinct’s formation in 1957 but that ordinance detractors say was rarely enforced until the current short-term rental trend.

That led KLP short-term rental ad-hoc committee member and Realtor Josh Brustin of Pinkham Real Estate to submit a competing petitioned warrant article that would allow non-owner-occupied short-term rentals of less than 30 days if the homeowners get a conditional permit.

Those amendments are to be presented to voters at a public hearing at the John Fuller Elementary School in North Conway Jan. 21 at 6:30 p.m. For more, see kearsargelightingprecinct.org.

Conway selectmen, meanwhile, also studied the issue and decided at year’s end that there was not time to prepare and post a warrant article for this year’s town meeting but that they will form a new committee to study the issue. Selectmen’s proposed 2020 budget includes money for an assistant building inspector who could be used to address issues surrounding short-term rentals.

In Jackson, a hearing on proposed regulations regarding short-term rentals is set to be held by the planning board Jan. 16 at 7 p.m.

The proposed amendment would require a conditional use permit from the board of selectmen and would limit short-term rentals in the rural/residential district to 25 rentals per dwelling unit annually “unless the unit or another on the same property is occupied by at least one full-time resident.” To review the proposed amendment, see jackson-nh.org.

2. DUCK BEATING GOES VIRAL. In a story last fall that engendered outcries of animal cruelty and moral outrage, three to five members of the Kennett High football team were suspended from up to three games in the nine-game season after they lured a mallard out of the water with food, then beat it with a broomstick and recorded and posted the incident on the internet while attending a Kennett High-sponsored camp held on the grounds of Camp Winaukee in Moultonborough Aug. 20-22. The duck was euthanized by another member of the team.

Coaches learned about the killing less than a week later. It led to the Eagles bowing out of the annual jamboree at Laconia on Aug. 27.

In addition to their suspension from the team, the players involved were also required to perform community service and undergo mental-health assessment counseling.

The public outcry was expressed in several letters to the editor in The Conway Daily Sun, a protest at a Kennett home game as well as citizens expressing their unhappiness at a Conway School Board meeting.

3. NEW REC CENTER OPENS. A crowd of about 140 people turned out for the ribbon-cutting at the newly relocated Conway Recreation Center at Kennett Middle School Sept. 10.

The new rec center opened in late June just in time for summer camp, and according to speakers, making that deadline was no easy feat.

In 2018, voters OK’d moving the center from the aging Conway Community Building and approved $700,000, with $350,000 pledged by Margaret and Charles “Sut” Marshall, to cover the renovations needed to turn the mothballed portion of the middle school building into a fully functioning recreation center, including restoring a gym that dates back to the 1930s.

During remarks at the gym, which was named for the Marshalls, Selectman’s chair David Weathers said town staff put a lot of time, thought and care into the project, which he said was accomplished with about $450,000 worth of donations. Only the air conditioning and the stage remain to be put in.

Recreation Director John Eastman gave heartfelt thanks to all the sponsors.

After the ceremony, Marshall told the Sun, “The community came together, the school, the town, the contractors, the people and proved we could do it.”

Bayard and Theresa Kennett and son Tanner were also there. The facility’s teen center is named after their late son, Bayard Winslow Chip Kennett II. a longtime former counselor. Their family is the namesake of Kennett schools.

4. MARKET BASKET. Will a proposed North Conway Market Basket ever get built? It’s a question many fans of the grocery chain have asked, as a legal battle between Bellevue Properties, owner of the abutting North Conway Grand Hotel, and Settlers Green, developers of the proposed 69,845-square-foot store, continued to be waged.

In December, Bellevue — whose concerns boil down to public access to their property, traffic and parking — filed a third lawsuit in Carroll County Superior Court against Settlers.

Town Planner Tom Irving, while stressing that he’s not an attorney, told the Sun last month that he believes that the Market Basket’s construction “will not proceed until such time as the relevant legal impediments are resolved.”

5. LONG WINTER. Even for snow sports lovers, the epic winter of 2018-19 seemed like it would never end. According to local weather observer Ed Bergeron of North Conway, snowfall last year totaled 105.5 inches, including 4 inches on April 7. In comparison, the 30-year average was 85 inches. (The maximum was 147 inches in 2008).

The season started off with 10 inches of snow at Wildcat, which had its earliest opening ever on Oct. 27, 2018, and stayed open until April 28.

Both Black and Cranmore marked their longest seasons ever.

6. DRAG QUEEN STORY HOUR. In a much-ballyhooed event that turned out to be peaceful and generally supportive, the Conway Public Library on June 28 hosted a “Drag Queen Story Hour” as part of the community’s weeklong, first-ever White Mountains Pride Festival.

Several protesters said they did not feel it was proper to expose young children to the potential influence of drag queens.

But most lobbied for inclusiveness. “I have lots of gay, transgender and bisexual friends,” said the Rev. Dan Weir of Intervale. “I want them to have the same rights as I have, and to be able to get married and raise children and be able to be employed without being discriminated against.”

David Smolen, Conway Public Library director, said he was proud the board of trustees upheld the library’s principles of free speech with a vision statement promoting open dialogue.

7. REI OPENS. The Seattle-based REI Co-op opened its first New Hampshire store at Settlers Crossing in North Conway in September, marking the entry into the valley of one of the leading outdoor retailers and contributors to trail stewardship.

The 24,779-square-foot REI store is designed to both serve the 53,000 co-op members in New Hampshire and the millions of visitors that adventure in the region every year.

By way of introducing itself to the area, REI invested $20,000 in the Mt. Washington Valley Trails Association to help build the North Conway Recreation Path and also has given $200,000 over the past three years to the National Forest Foundation to support trail restoration work along the Crawford Path.

8. VAIL ARRIVES. A major development concerning the local ski economy took place in September, with the purchase of Attitash and Wildcat ski areas from Peak Resorts by Vail Resorts. The acquisition of the two local mountains were among 17 total ski areas Vail picked up, part of a $264 million deal in which Vail Resorts will assume or refinance Peak Resorts’ outstanding debt.

Based in Broomfield, Colo., Vail is known for its array of Epic passes, which now include unlimited and unrestricted access to some of the world’s best-known Western resorts, including Vail, Whistler Blackcomb, Park City and Breckenridge.

Renovations to planned classroom space on the second floor of the 1931-built Bolduc Block, which includes the theater as well as first-floor retail shop spaces, are now complete.

The non-profit music school purchased the block in 2015 for $220,000 and mounted a capital campaign to raise $2.8 million for the purchase and renovations.

10. ADULT DAY CENTER. The Mount Washington Valley Adult Day Center celebrated its grand opening Sept. 19. Designed to provide relaxation and stimulation for people with memory loss, the state-of-the-art, facility located off Route 113 in Center Conway was created through a partnership of Memorial Hospital in North Conway and the Betty C. Ketchum Foundation.

The center cost $9 million and is operated by Memorial Hospital under the leadership of Sue Ruka, the hospital’s director of population health, and hospital President Arthur Mathisen.