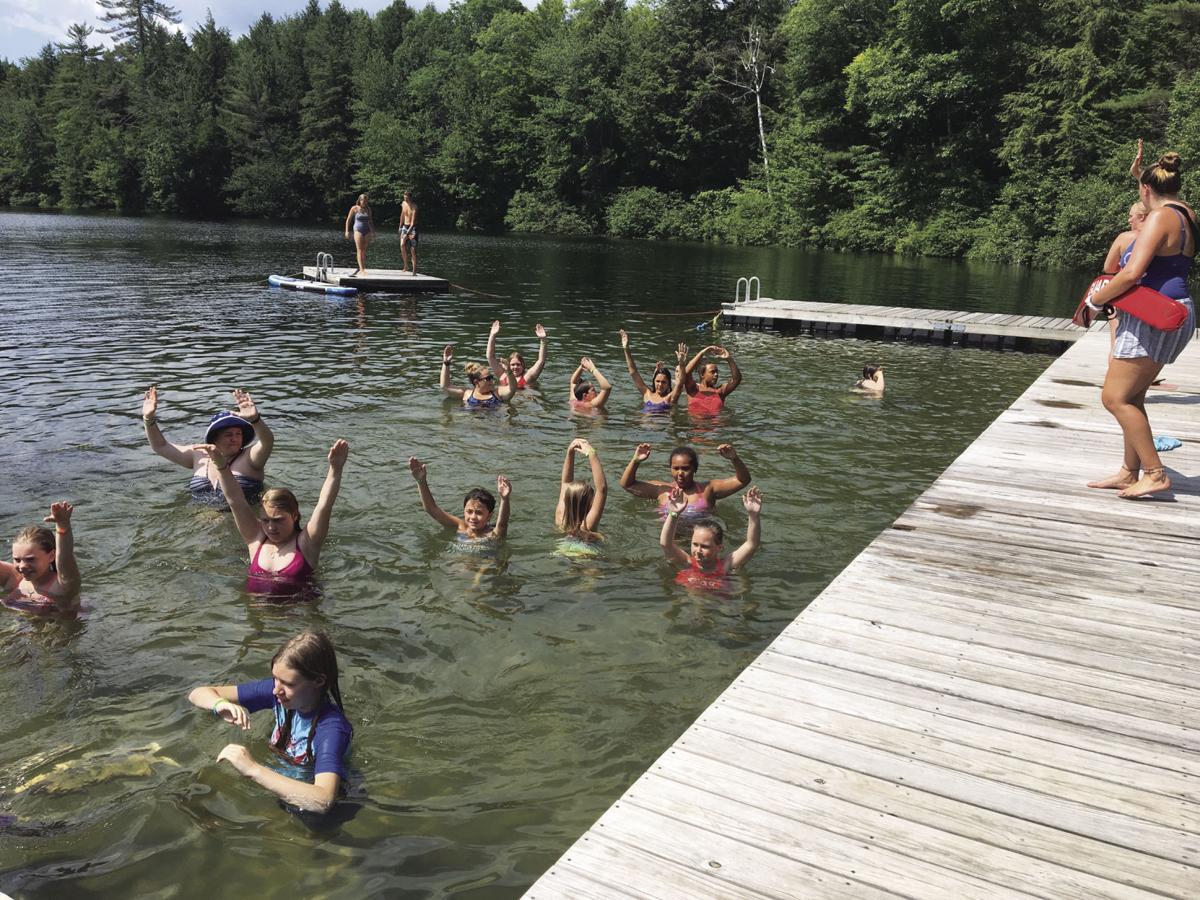 Campers at Camp Susan Curtis in Stoneham, Maine, enjoy a water aerobics class on Trout Lake. It costs around $1,200 to send one child to camp. Schools nominate campers, and the two-week stay is completely covered by the Susan L. Curtist Foundation. (COURTESY PHOTO) 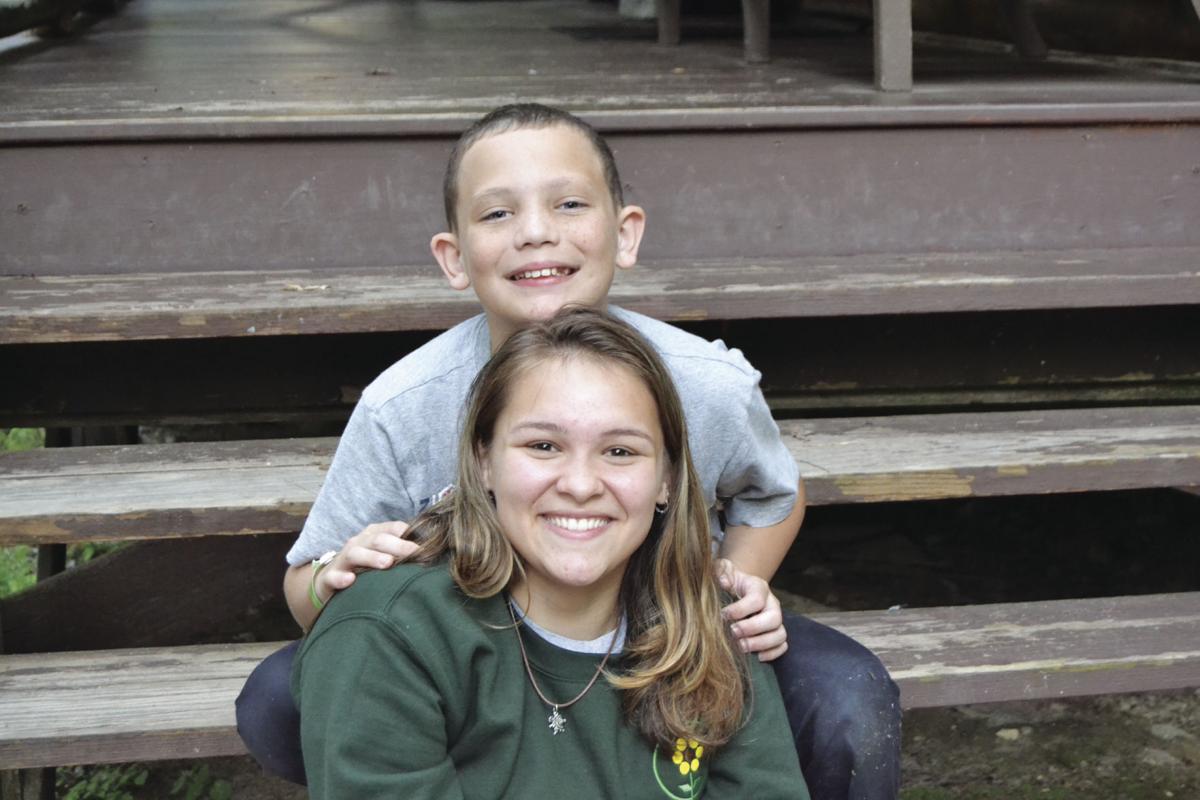 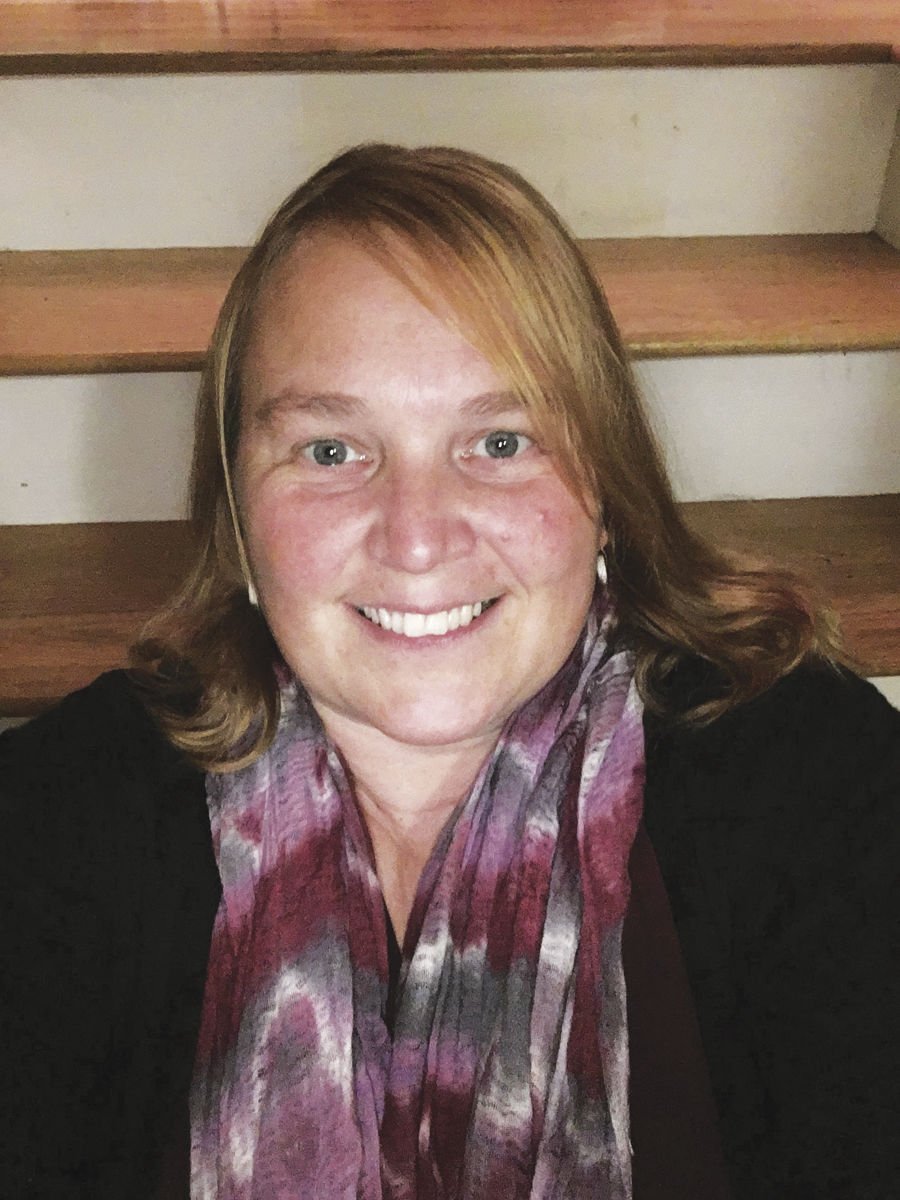 Camp Director Terri Mulks says that while $1,200 will pay for a child to attend Camp Susan Curtis, no donation is too small. Smaller donations “can pay for needed supplies and equipment. Every little bit helps,” she said. (COURTESY PHOTO) 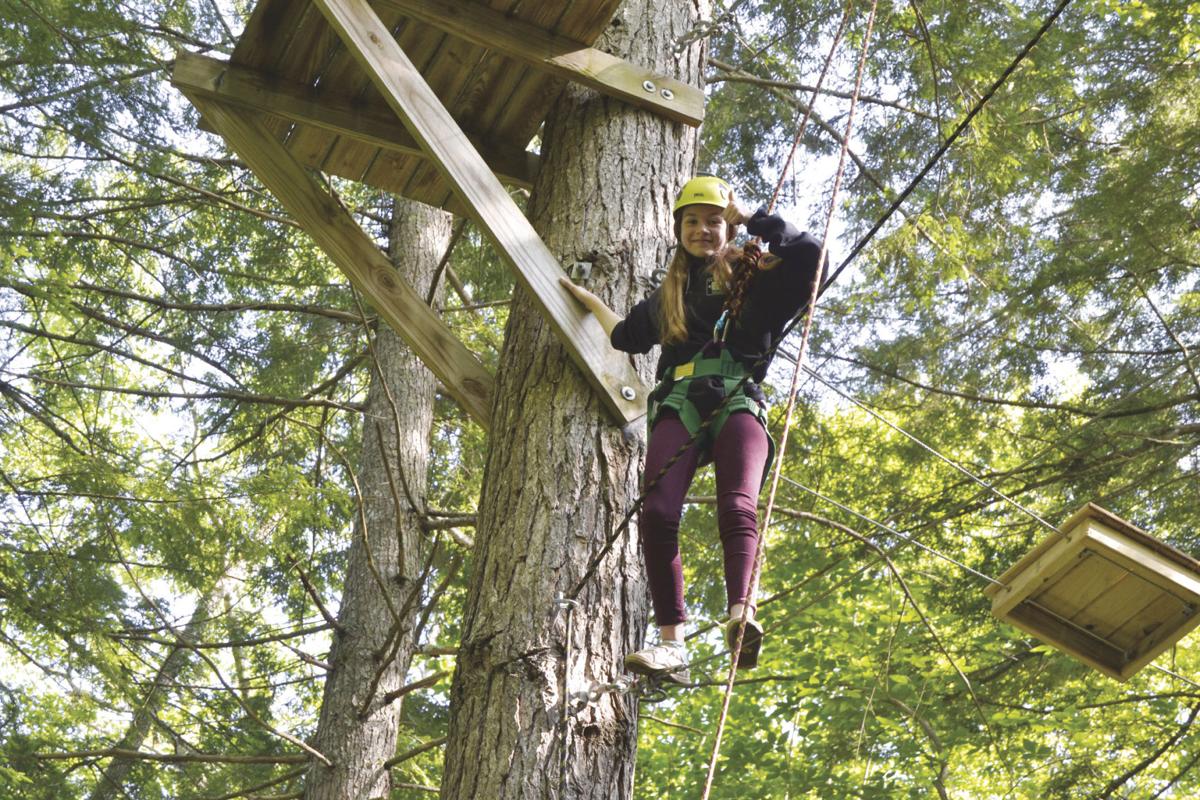 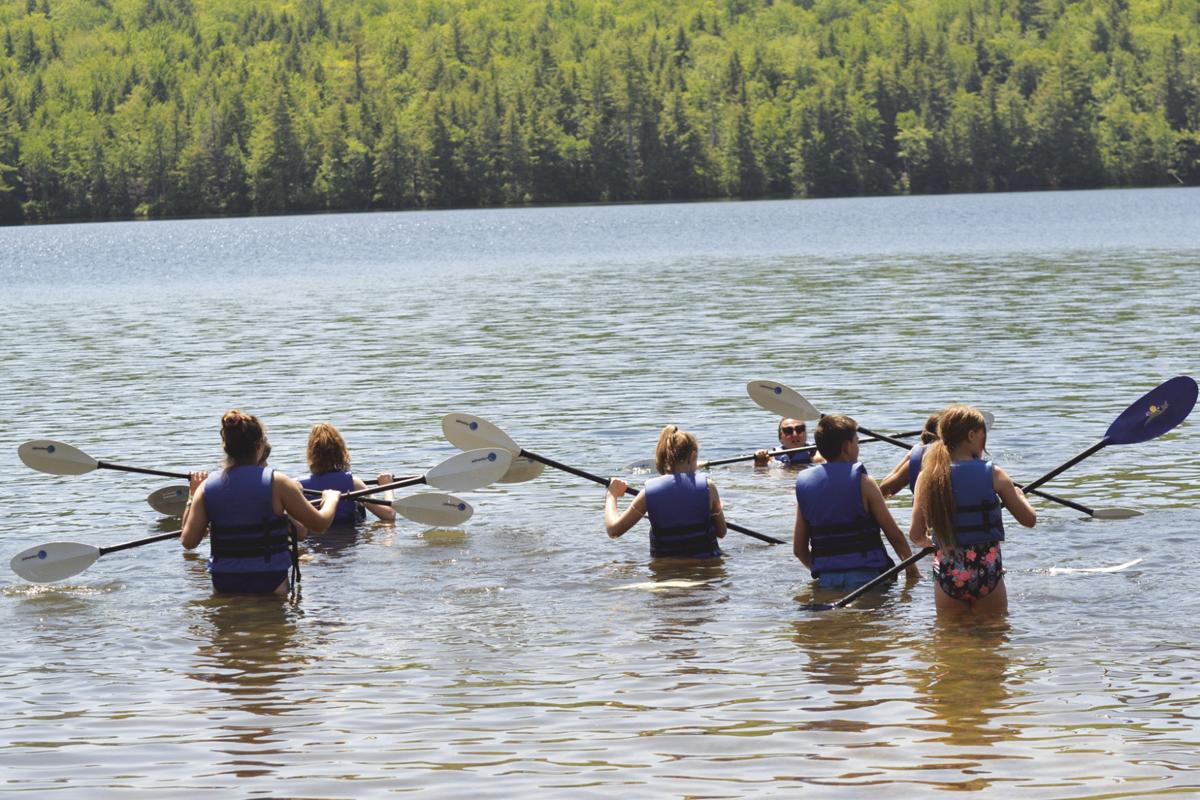 Campers at Camp Susan Curtis in Stoneham, Maine, enjoy a water aerobics class on Trout Lake. It costs around $1,200 to send one child to camp. Schools nominate campers, and the two-week stay is completely covered by the Susan L. Curtist Foundation. (COURTESY PHOTO)

Camp Director Terri Mulks says that while $1,200 will pay for a child to attend Camp Susan Curtis, no donation is too small. Smaller donations “can pay for needed supplies and equipment. Every little bit helps,” she said. (COURTESY PHOTO)

Founded in 1971, it is named for former Maine Gov. Ken Curtis and wife Pauline Curtis' daughter, who at age 11 tragically died of cystic fibrosis, an incurable lung disease.

According to the foundation's website, "The people of Maine cared deeply for the governor and his family, some sending small gifts to express their sympathy. The Curtis family and close friends ... wanted to create a lasting memorial in Susan’s name to benefit the youth of Maine.

"The Susan L. Curtis Foundation sprung from their desire to overcome the effects of poverty for some of Maine’s most vulnerable youth — circumstances that all too often can limit their perspective and become a barrier to education and long-term success."

Camp Susan Curtis, on the shores of Trout Pond in Stoneham (about a half-hour north of Bridgton), is the most visible aspect of the foundation.

The camp is celebrating 45 years of providing a two-week summer camp experience for kids who might not otherwise have that opportunity. (Though founded in '71, it took a few years to get the camp up and running.)

Since 1974, over 12,000 Maine children have attended the camp. About 500 Maine children ages 8-18, evenly divided between boys and girls, attend  each summer. About 70 percent of the campers return for multiple years and about 30 percent go for four or more years.

Terri Mulks, who has been camp director since 2009, said many kids start in third or fourth grade, and some attend for as many as eight years of the program, transitioning from being campers to participating in leadership programs and then even becoming camp counselors on the staff.

"A lot of them consider it giving back. They had such a great experience, they want other kids to have that," she said.

As the camp program has space for only about 500 campers each summer, the foundation annually provides  anywhere from two or three slots to as many as 10 slots for new campers to each school. Once nominated through their schools, the campers are guaranteed a spot at no cost to their families, as long as they turn in registration paperwork by the deadline, Mulks said.

Campers live in cabins with 10-12 other kids in the same grade as well as two or three staff members. They get to experience everything one would expect at a traditional sleepaway summer camp, including swim lessons, mountain- biking, jewelry making, performing arts and sports.

Mulks said the activities are designed to appeal to a wide variety of interests.

"Then there are things that are very intentional to help build self-confidence and, as they get older, help them to be able to advocate for themselves," she said.

The camp starts off with fun team-building experiences with campers in their cabin to help establish connections, friendships and rules within the cabin community.

The camp has high and low ropes courses and a climbing tower, which Mulks said help promote self-confidence and collaboration. "Those things can go out into the real world with them," she said.

Outdoor adventures, team-building and the low ropes course are incorporated into the activities to help students understand that “skillful communication can contribute to better health for themselves and relationships with peers, family, and in their community,” according to camp literature.

The foundation's goal is to ensure the young participants "develop the individual character, self-confidence and skills essential to becoming independent, contributing citizens" through educational and social experiences "that bolster education attainment, promote health and well-being and support the development of life and workplace skills."

The program has had success in keeping kids in school. The foundation reports that all of the youth who have participated in four or more years of camp and completed leadership training graduated from high school, and a whopping 81 percent go on to post-secondary education.

It costs about $1,200 to send one camper to attend the two-week program, and many donors make their contributions in "camperships" in that amount. But Mulks said no donation is too small.

"They can pay for needed supplies and equipment. Every little bit helps," she said.

The programs are all funded by donations, grants and fundraisers such as the "Evening with Maine Authors."

Established in 2017, the author night has drawn on nationally known authors with connections to Maine, including Lois Lowry, author of "The Giver"; Margot Lee Shetterly, author of "Hidden Figures: The American Dream and the Untold Story of the Black Women Who Helped Win the Space Race" and this year's Pulitzer Prize winning author of "Olive Kitteridge," Elizabeth Strout.

Cole, who has been involved with the foundation for about 15 years, said his reasoning was: “We have a large summer community who would be interested in supporting the camp if they knew about it.

"That’s been pretty successful,” he said.

Tickets for the Evening with Maine Authors, Aug. 9, 5-9:30 p.m. at Stone Mountain Arts Center in Brownfield, Maine, start at $85 and are available at tinyurl.com/y2bwc89f.

Tickets are limited, and no tickets will be sold the night of the event.

Donations also welcome through the website or by going to susancurtisfoundation.org.

My sister and I attended this camp in the summers of 74 & 75. At that time camp lasted for 3 weeks. We had so much fun. It was such a great experience. Glad to hear it is still going.