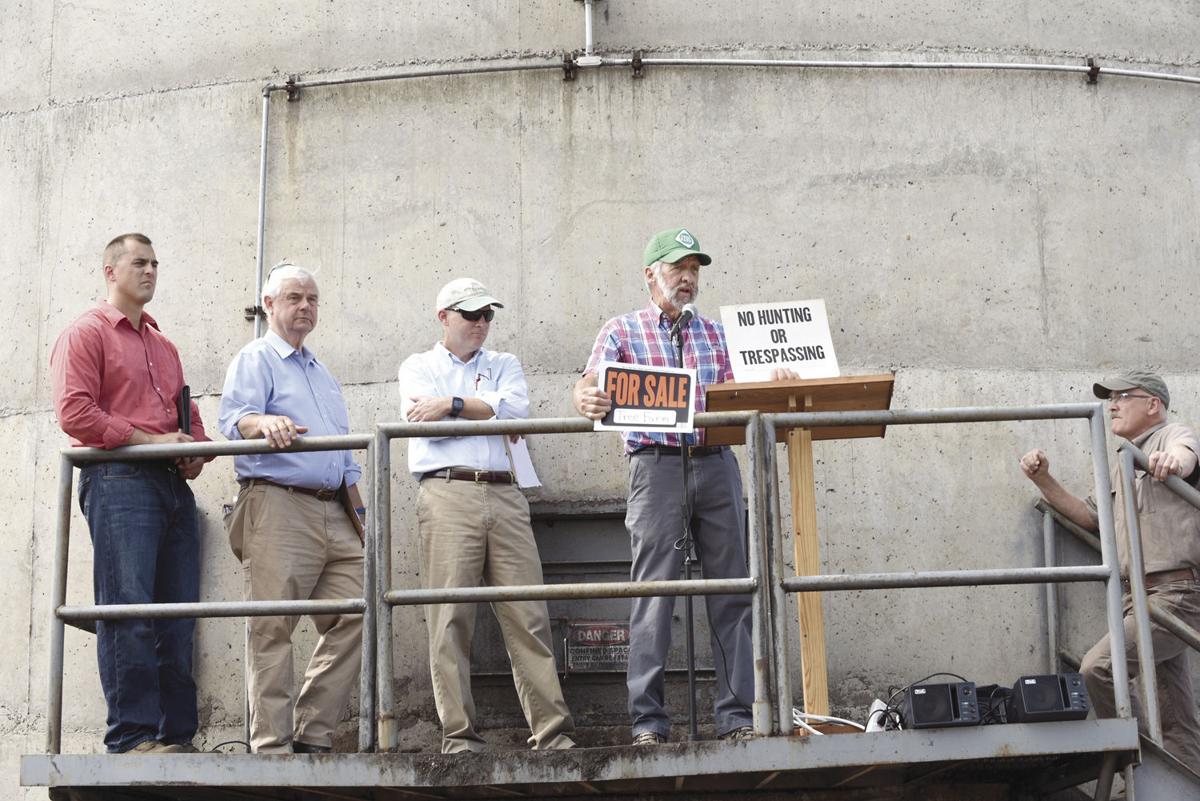 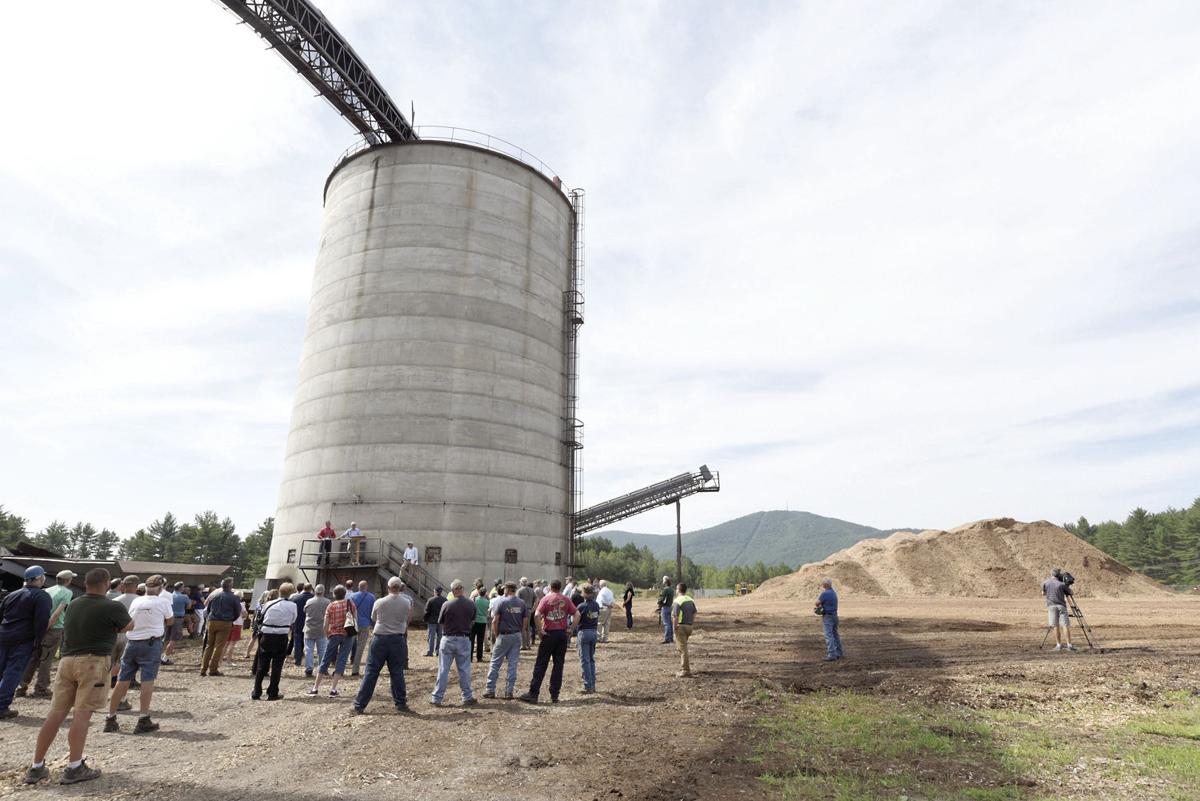 A crowd gathers at Pinetree Power on Monday in Tamworth, where state Sen. Jeb Bradley, Plant Manager Robert Lussier and others exhorted them to contact their legislators to overturn a veto of SB 365. (JAMIE GEMMITI PHOTO) 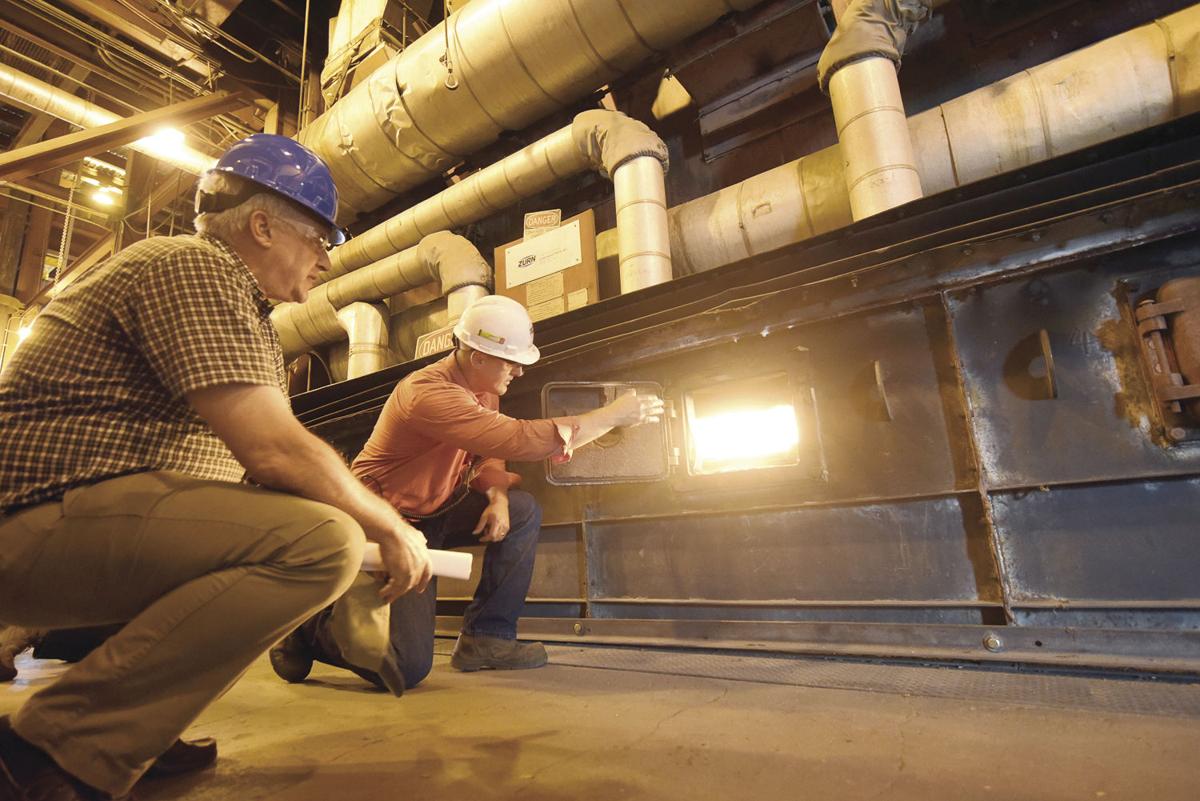 A crowd gathers at Pinetree Power on Monday in Tamworth, where state Sen. Jeb Bradley, Plant Manager Robert Lussier and others exhorted them to contact their legislators to overturn a veto of SB 365. (JAMIE GEMMITI PHOTO)

TAMWORTH — Elected officials and others heard from stakeholders and toured Pinetree Power in Tamworth with Sen. Jeb Bradley (R-Wolfeboro) on Monday morning as he pushed to get the Legislature to override Gov. Chris Sununu’s biomass subsidy veto.

“Thank you for opening up this Tamworth plant to basically what is one of the first steps in trying to convince the House and the Senate with how important SB 365 and its companion bill SB 446 are for the future energy security of New Hampshire," said Bradley. "That’s why we’re here today."

SB 365 would provide a three-year subsidy to six biomass plants in New Hampshire, and SB 446 would increase allowable self-generation to 5 megawatts. It would also set electricity pricing to avoid cost-shifting.

In a speech he delivered from in front of a large wood-chip silo on the Pinetree Power property, Bradley called SB 365 an affordable and temporary three-year bill and believes “the governor, while well-intentioned, made a mistake in vetoing this bill.”

Six other bills are up for “override day,” said Bradley, which he said would be "some point in time in mid-September.”

Pinetree is one of six biomass plants in New Hampshire. It employs 20 workers and can burn up to 900 tons of wood chips and produce 23 MW of electricity per day at maximum capacity.

In June, Sununu signed SB 577, extending a subsidy for Burgess BioPower, a plant in Berlin, for three years.

Bradley said if the veto of SB 365 isn’t overridden, over 900 jobs in the state would  affected, between the plants, forest products industry and wood ash suppliers.

If the plants close, “we are in a 'heads, I win, tails, you lose' type of scenario,” said Bradley.

He said forest lands also be affected, including those that host logging, tourism and recreation. "They will simply not be able to manage their forestland, that’s what’s at stake,” Bradley said.

In anticipation of closure due to Sununu's veto, the Tamworth plant is currently running at low capacity and has seven days of wood chips left in the yard.

Bradley admitted that the subsidy is estimated to cost $18 million for Eversouce ratepayers and $2 million for Unitil ratepayers. But he argued the costs outweigh higher electric bills.

Bradley said he’s “cautiously optimistic” there will be enough votes to override the veto. “But you need to contact my colleagues. You need to make that individual contact to people,” advocating for constituents to push their elected state representatives and senators to vote for overturning.

A veto override requires a two-thirds majority. Depending on attendance, Bradley estimates he needs 250 House votes and 16 Senate votes to override.

Plant Manager Robert Lussier said the economic and environmental damage caused by closing Pinetree and other biomass plants would be huge.

The biomass industry consumes 40 percent of all low-grade timber harvested in New Hampshire, he said, and “without biomass there would be no incentive to practice sustainable forestry in New Hampshire.”

Jasen Stock, executive Director of the N.H. Timberland Owners Association, asked people to show “how much bipartisan support there is for these veto overrides.”

A veto override forum is slated for July 30 at the Springfield power plant at 1 p.m.

A tour of the Pinetree Power plant in Bethlehem will take place Aug. 14 at 10 a.m.

According Carol Churchill, communications Manager for ENGIE North America, parent company of Pinetree Power, they are confident of an override and that Pinetree Power will remain in operation.

Shaun Lagueux, consulting forester for New England Forestry Consultants and president of the New Hampshire Timberland Owner’s Association, said losing the low-grade market means he will be missing a “critical tool” in his forestry tool box.

“This becomes a forest health issue, with bugs and disease issues and limited recreational opportunities,” he said if harvesters don’t have a place to sell low-grade wood.

Shelagh Connelly, president of Resource Management, Inc., said her company has supplied farmers with wood ash from Pinetree Power for 30 years, keeping it out of the landfill.

“It’s local; it helps not just forest management but also farm management. Farmers really rely on this to sweeten their soil and get potassium to grow crops,” she said.

Connelly said in addition to the timber industry, agricultural clients that use wood ash on their fields “have come to rely on this fertilizer program.”

If the bill doesn’t get overturned, Connelly said a third of her business will disappear.

Tom Thomson, a tree farmer from Orford, said he told the governor a week prior to the veto that he “wanted to continue to grow trees” but that he “will probably turn to growing house lots” if the bill remains dead.

“If I do a timber harvest, and 50-60 percent is low-grade wood, it’s going to revert back to the old days where you high-grade it — cut the best and leave the rest.”