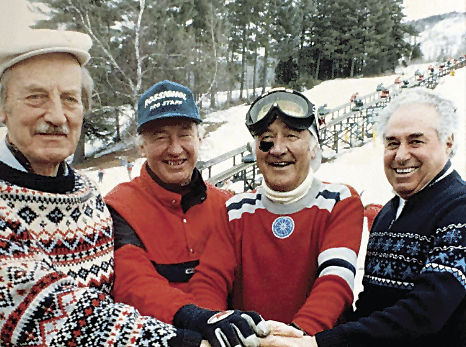 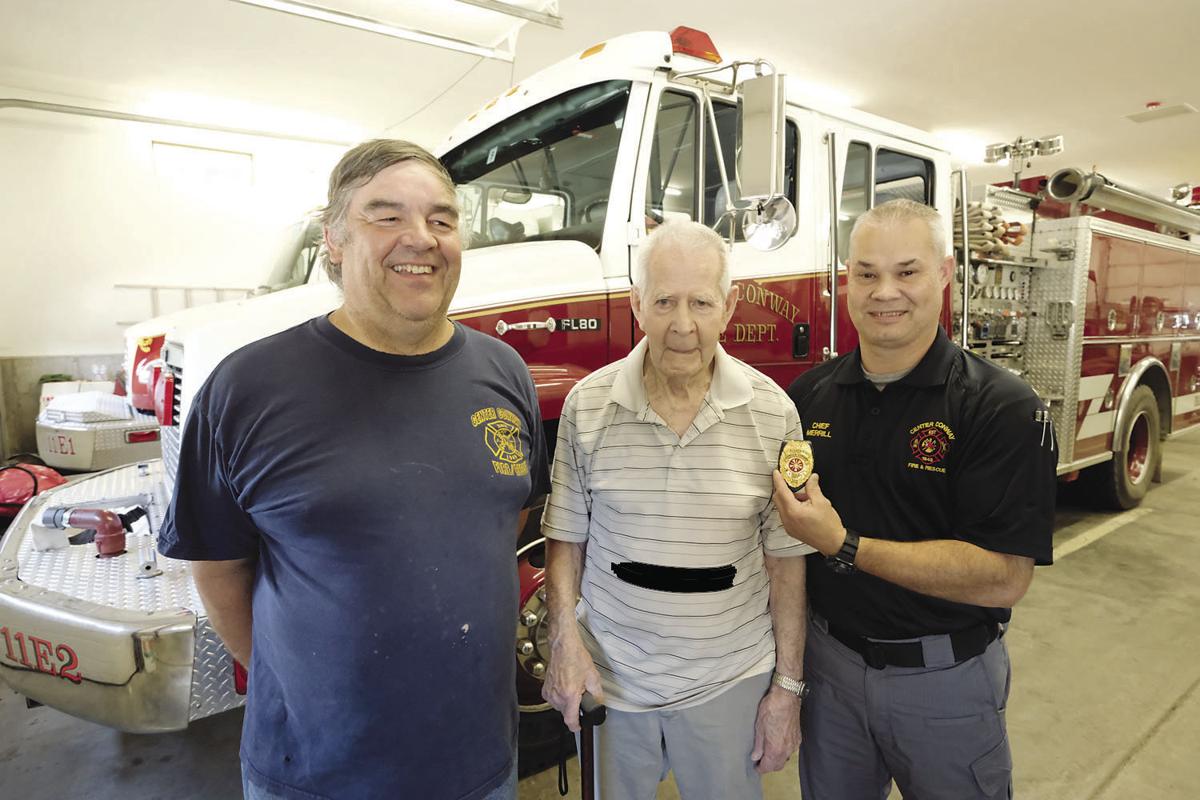 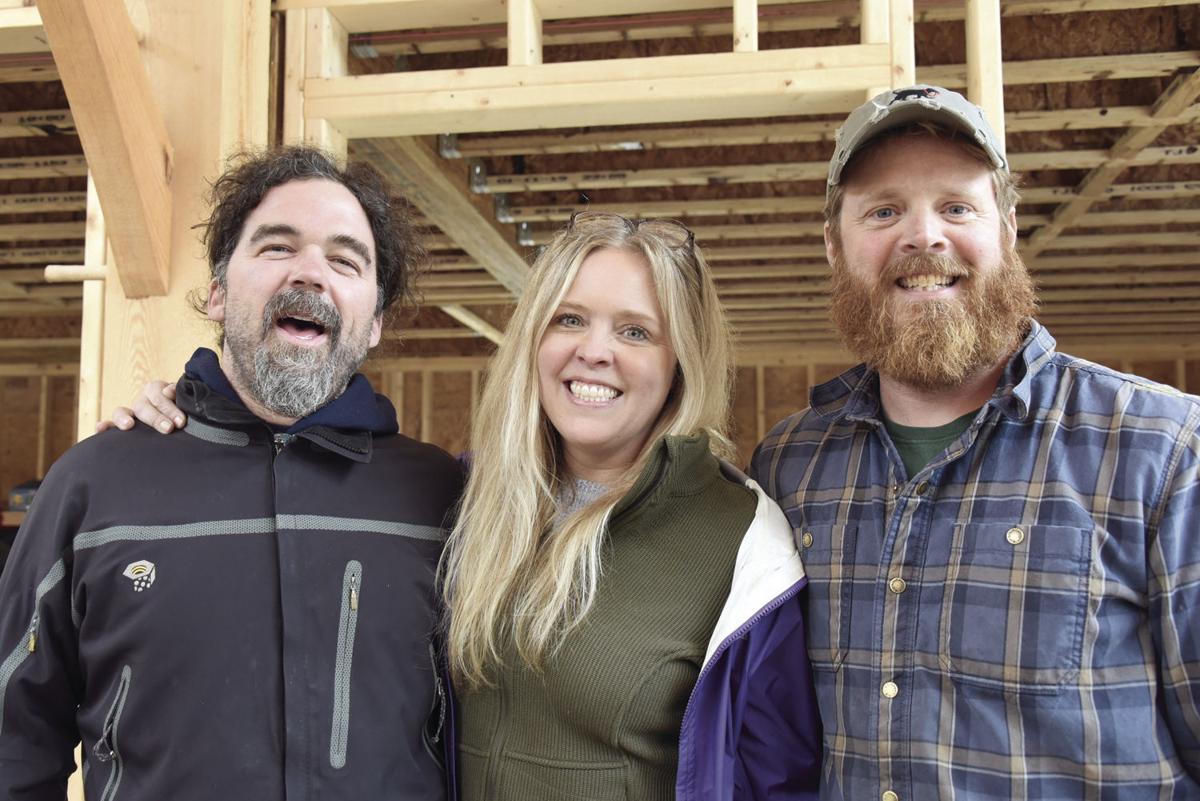 Among the top Sun features of 2019 was a story in May on the DIY Network hit show Maine Cabin Master’s stars (from left) Ryan Eldridge, his wife Ashley Morrill-Eldridge and her brother, Chase Morrill. They patiently posed for selfies for hours at the Sun's Home Garden Flower Show with Cannabis in May at the Fryeburg Fairgrounds. (JAMIE GEMMITI PHOTO)

Among the top Sun features of 2019 was a story in May on the DIY Network hit show Maine Cabin Master’s stars (from left) Ryan Eldridge, his wife Ashley Morrill-Eldridge and her brother, Chase Morrill. They patiently posed for selfies for hours at the Sun's Home Garden Flower Show with Cannabis in May at the Fryeburg Fairgrounds. (JAMIE GEMMITI PHOTO)

CONWAY — As we run our top stories of the decade and of 2019 in today’s edition, I’d like to start this week’s column with an apology for my unintentional but regretful omission of two worthy late local heroes in our Passages ’19 cover story in last Saturday’s edition (Jan. 4, 2020).

Being a ski history-loving reporter, I should have remembered — but I inexplicably overlooked his name in the list of all local deaths last year. I apologize to the McDonald family and all of John’s many skiing and golfing friends. In an effort to make amends, I salute John here and now, and also share what John’s grandson, Peter Kilchenstein, wrote last March after learning of John’s passing:

“I could tell you about how he startedin the Army’s 10th Mountain Division out of the Camp Hale, Colo., training pipeline; the arctic white-out SOF hits he did against Japanese positions in the Alaskan Aleutian Islands; transferring to 25th ID to fight in the big pushes against the Imperial Japanese Army on the beaches and in the jungles of the Philippines; mellowing out after the world war in the PGA; partnering up with Louis Armstrong on the celebrity stretch of the pro tour in the 1950s; building up the American skiing industry with his 10th Mountain buddies after the war; instructing at Cranmore for decades; and leaving the PGA pro tour to be closer to his family as a club pro for some 60 years. He did it all.”

My second glitch was somehow not remembering to include former North Conway Fire Chief Clyde W. Merrill, 91, who passed away at home July 13, 2019.

After naval service in World War II, Clyde returned to manage the North Conway and Conway IGA and also served 38 years on North Conway Fire Department with the last seven as the chief. He retired from the fire service on Jan. 1, 1993. He was assistant scoutmaster for Boy Scout Troop 150 for several years. His son, Glenn, serves as the first full-time chief of the Center Conway Fire Department.

North Conway Fire Chief Pat Preece, chief since 2002 and a member of the department since 1987, called Merrill his mentor. “Clyde showed me the right way to do things,” Preece said.

Others deserving of a Passages ’19 mention include former Conway checklist supervisor Carol Lyman, 76, who died in August; former Tyrol co-owner Tim Bailey, 82; talented musician Howard West, 81; and former Jackson School Board and conservation board member Mary Howe, 84, all of whom died in December.

For all those I didn’t mention, my apologies. It’s the nature of trying to fit it all in — and my doing a better job of remembering!

IN A TIE-IN TO today’’s best stories of the year/decade feature, it strikes me how we had a good run of cover stories on local benchmark anniversaries.

Such as the 80th anniversary last February of the Schneider family’s arrival in North Conway from Nazi custody. The anniversary was celebrated at the New England Ski Museum’s 23rd annual Schneider Cup last March (this year’s is March 14).

Then, in April, we recalled the 80th anniversary of Toni Matt’s legendary schuss of the Tuckerman headwall in the 1939 Inferno (running the late Nick Howe’s story on it).

In June, we interviewed Center Conway World War II veterans Frederic Wood, 102, and (now late) brother Edwin Wood, 100, on the 75th anniversary of their participation in the Allied D-Day invasion at Normandy. Also featured in that package of stories was an account of D-Day by Sara Young-Knox’s late father, Robert Young.

Other benchmark stories: the 75th anniversary of the 1944 Economic Monetary Conference held at the Mount Washington Hotel at Bretton Woods (“75 years ago, the world came to Bretton Woods;” Aug. 3, 2019). In the story, longtime hospitality industry veteran Carl E. Lindblade of CEL Associates of Stow, Maine, shared fascinating tales about the conference.

In September, Sun columnist/historian Bill Marvel did a great piece on the publication of “Brownfield, Maine: An Illustrated History” put together by Bradford A. Fuller (“Resurrecting Brownfield: New book brings Brownfield back to life”).

My own favorite features this past year? The first would be “Cabin Masters: Preserving Maine, one makeover at a time;” May 11, 2019, profiling the stars of the DIY Network show. Hosts Ryan Eldridge, Ashley Morrill-Eldridge and Chase Morrill appeared at a chilly barn-raising at the old Saco Inn in late April, and were featured guests at the Sun’s well-attended Home Garden Flower Show with Cannabis at the Fryeburg Fairgrounds in May. As the story noted, “All Maine cabins have a story — it’s just that some are a bit more interesting than others.”

My other favorite: the history of the South Eaton Meeting House (“Old-fashioned barn raising in Eaton,” Nov. 23, 2019). It was one of those assignments that turned out to be more than I had envisioned and made for a great Thanksgiving story about history, community and tradition.

I’ve been doing this job for 40 years now, starting out at The Mountain Ear in May 1979 after graduating from the University of New Hampshire, and continuing at the Sun since 2007.

And as the first-in-the-nation presidential primary bears down, it’s still an interesting job that keeps one ever-on-the-lookout for the next good tale. May the flow of good stories keep on comin’.

MAKE THE MOST of this forecasted less-than-ideal weekend for weather. The Pats are out of it, but there’s going to be some great playoff football to watch on TV.

And, don’t forget, it’s another Blues Sunday at the Red Parka Jan. 12, featuring Matt and the Barnburners from 5:30 to 9 p.m.