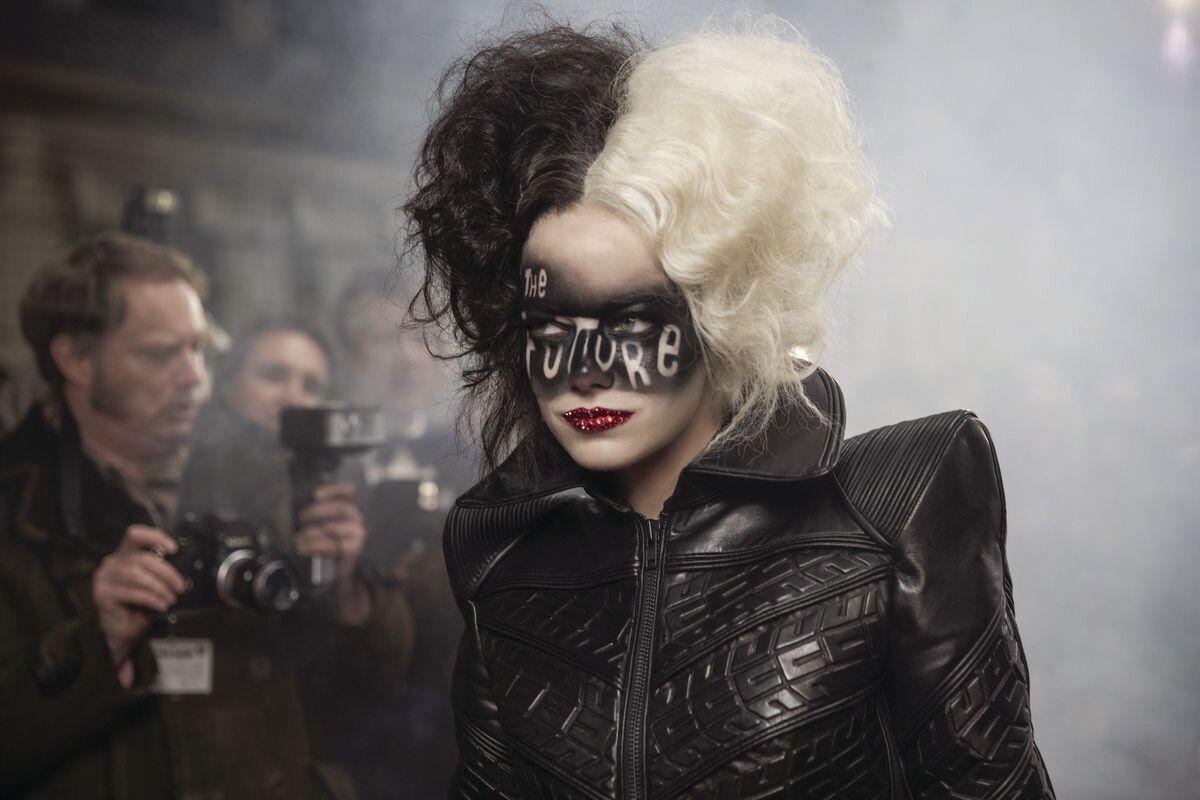 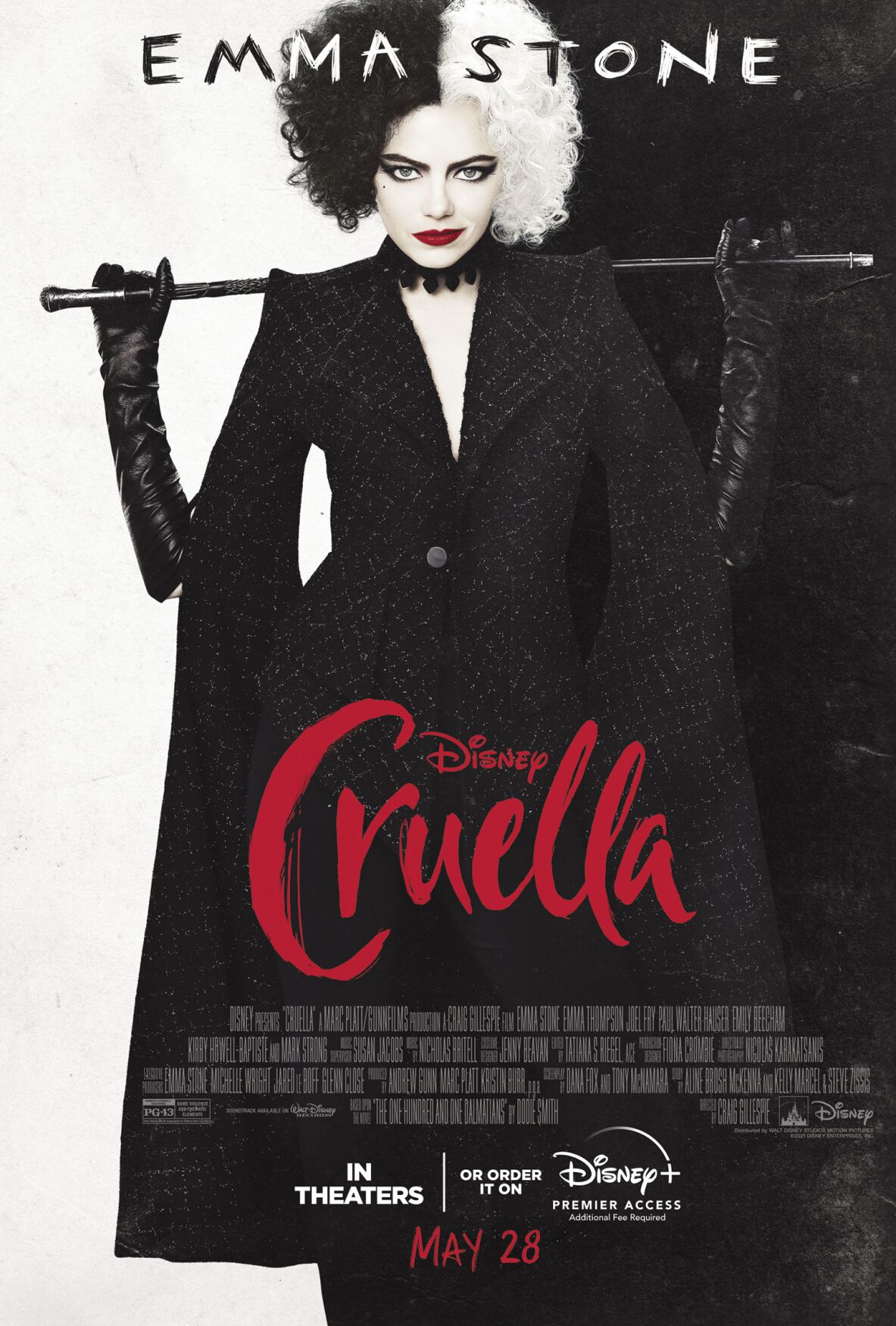 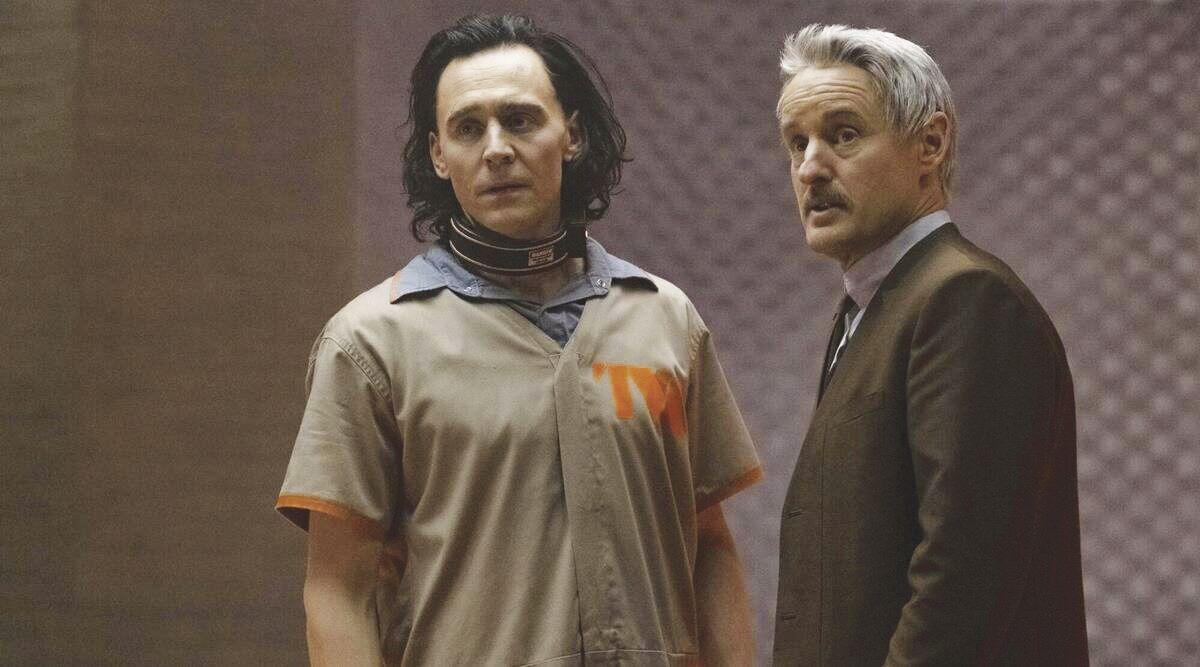 Tom Hiddleston (left) returns as Loki along side Owen Wilson in the Disney+ six-episode series "Loki." (COURTESY OF DISNEY) 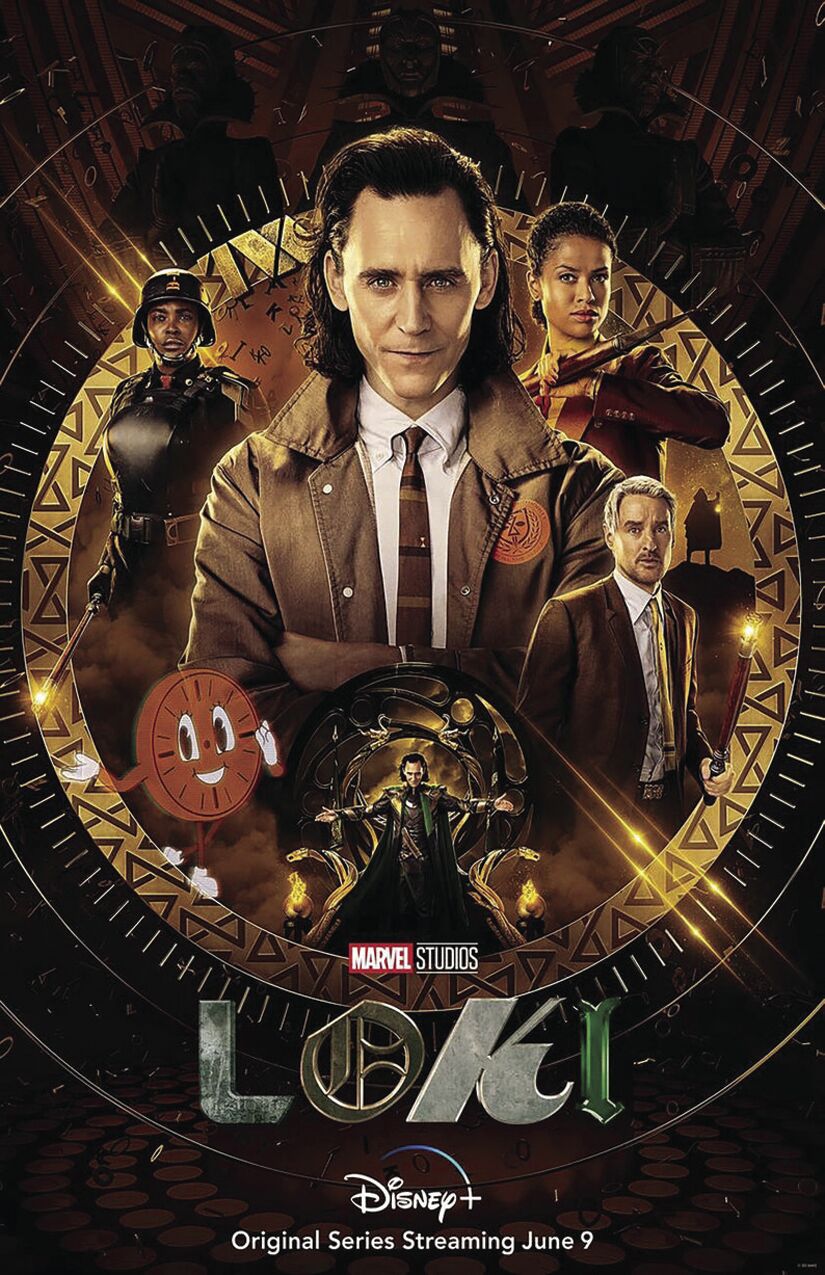 Tom Hiddleston returns as Loki in the Disney+ series "Loki." (COURTESY OF DISNEY)

With “Cruella” and the new “Loki” limited series, the first episode of which debuted Wednesday on Disney+ and runs for six weeks, Disney is exploring what it means to be a villain.

“Cruella,” which is available for the premier rate of $29.99 on Disney+ and is also playing locally at the Mountain Valley Mall Cinema 7 in North Conway, reimagines the origins of Cruella de Vil, the baddie from “101 Dalmatians.”

Emma Stone’s star turn in the titular role has been receiving good notices but some have questioned the value of humanizing a character whose future objective is to kill and skin puppies to make a fur coat.

There is value in showing humanity in a villain. It makes the character more complex and multi-faceted. Characters who are portrayed as purely evil are easy to detach from. They are just monsters. Villains who are shown to have relatable qualities or a tragic flaw can be far more frightening because they become a reflection of the worst of us. It forces us to look inward and to face our own demons.

Stone’s Cruella isn’t that type of bad guy. It could be argued she isn’t truly a villain at all anymore. “Cruella” goes as far as turning the character into a bit of anti-hero pitted against Emma Thompson as the Baroness, a cold, calculating fashion mogel who isn’t above murder.

Cruella is the alter ego of Estella, a girl who is orphaned when her mother dies under tragic circumstances she blames herself for. Estella meets Jasper (Joel Fry) and Horace (Paul Walter Hauser) and they form an odd little family running small cons across London.

A chance encounter with the Baroness leads Estella to work for her as a designer, but soon Estella becomes the Baroness' rival under the guise of Cruella, a nonconformist fringe figure who challenges societal norms. Cruella is just as much a pop performance artist as she is a fashion designer.

The screenplay by Dana Fox, Tony McNamara and Aline Brosh McKenna remixes “101 Dalmatians” with characters like Anita Darling (Kirby Howell-Baptiste) and Roger (Kayvan Novak) showing up in different contexts. But it is almost like Fox, McNamara and McKenna wanted to tell an original story about rival fashion designers in 1970s London and simply used Cruella as a way to package and sell the story.

There’s little indication that Stone will become the puppy-killing Cruella we know. She does design a dalmatian print coat, but when asked by an associate (John McCrea) if she really killed dogs to make it, she says no, but that she’ll let people believe what they want. She is creating a myth and mystique that is larger than life in the minds of the public.

It isn’t likely this Cruella will become a true villain, but, similar to Harley Quinn, the way the character dances around moral gray areas is playful and fun. It is a compelling characterization worthy of further exploration.

Loki (Tom Hiddleston), on the other hand, embraced being a villain long before the first episode of “Loki.” He's the poster child for a humanized villain. He is a tragic figure who over the course of three “Thor” and two “Avengers” films is given a redemption arc.

Villain redemption arcs are hardly new. The classic example of this is Darth Vader whose fear of losing the one he loved drove him down a dark path, only to be saved by his son, the extension of his lost love.

Loki has gone on a similar redemption arc. His path toward villainy was based in pain and hubris, but, again, love is his road back to the light.

Fans of the Marvel Cinematic Universe may recall Loki died in “Avengers: Infinity War,” but any comic book fan will tell you death is temporary for beloved characters. Due to the time travel antics of “Avengers: Endgame,” the Loki who appears in the series is taken from the original “Avengers” before he completed his redemption arc.

Due to his actions in “Avengers: Endgame,” Loki has created a branch in the timeline and is now in the custody of the Time Variance Authority, a group of bureaucrats and agents who ensure that the time flows in accordance with how the mysterious god-like Time Keepers have foreseen.

The anarchic Loki doesn’t seem like a good fit in this orderly organization but he’s recruited by Mobius (Owen Wilson) to bring his unique Loki perspective to catching another, more dangerous time fugitive who is wreaking havoc on the timeline.

The first two episodes of the series explore the very nature of Loki with Mobius asking him if he takes joy in killing in his pursuit for power. He eventually admits killing is the tool of the weak to create fear as a means of gaining power, but he takes no pleasure in it.

He acts cruel to perpetuate the illusion that he is powerful. He knows he is seen as a villain and so he plays that part. There’s a sad truth in that sentiment that rings true for a lot of people in the world who simply give into the way the world perceives them.

It is still early to see how “Loki” will continue the exploration of its eponymous character but, like “Cruella,” the series is examining whether it is possible for someone who is seen as bad to actually be good.

“Cruella” and “Loki,” in spite of Cruella’s iconic two-tone hair, exist in a world that isn’t black and white, and the characters are all the more intriguing because of it.

With the release of “Cruella,” Disney’s live-action reimagining of the origins of the fur-obsessed fashionista, let’s take a look back at the …