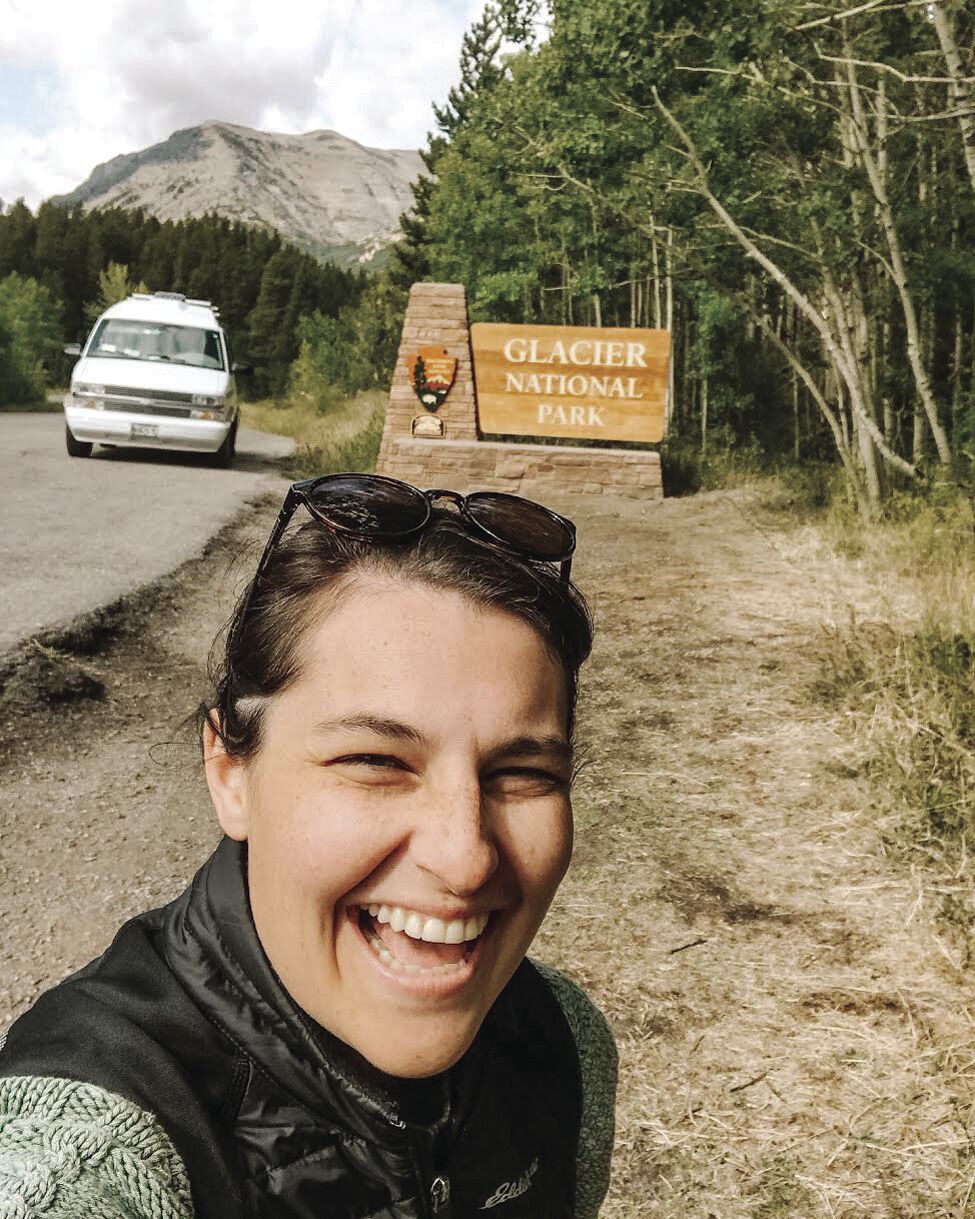 In her trusty high-top Astro van, Rachel Meltzer traveled the country and even arrived home in time for Christmas. (COURTESY PHOTO) 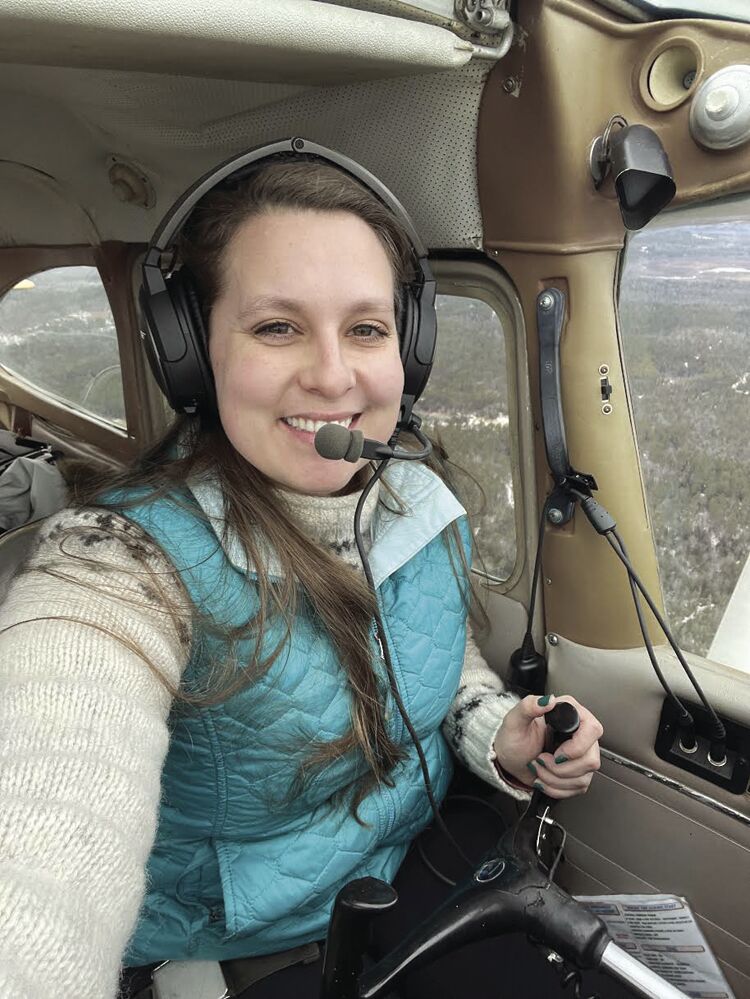 Erin Metlzer took her first solo flight in the family's Cessna 172 Skyhawk and is working on her private pilot license. (COURTESY PHOTO)

In her trusty high-top Astro van, Rachel Meltzer traveled the country and even arrived home in time for Christmas. (COURTESY PHOTO)

Erin Metlzer took her first solo flight in the family's Cessna 172 Skyhawk and is working on her private pilot license. (COURTESY PHOTO)

New Year is a time for reflection. Many people like to make lists of the “best of” the past year, and some like to come up with new year’s resolutions.

Unfortunately, the past couple of years have not been kind to the automotive industry or car operators in general. Gas is up, parts supplies are sporadic, some older vehicles aren’t even supported by their manufacturers anymore, and the market for new and used vehicles continues to break records — and not in a good way.

It’s easy to fall into a negative funk when looking back; after all, it seems like our shortcomings stay with us in the form of regret, and bad news travels much faster than good. So I’m going to hit on some high points instead.

The electric vehicle market continues to make strides, though infrastructure sorely lags, dulling the bright spots. It seems like every other day new funding is found for small EV makers from around the world.

I’m excited to see the innovation and, not to sound curmudgeonly, I’m not a fan of obnoxiously loud vehicles in general, so EVs, with their design flexibility and quiet demeanor are interesting to me. With apologies to those die-hard internal combustion engine fans (of whom I am still one) who don’t look upon this as a positive thing, it does appear to be one of the few highlights of a rather bleak automotive year.

On a personal note, my intrepid daughters have returned to the nest for the holidays, a first in many years.

You may recall past sagas of Rachel, my Appalachian Trail hiker, freelance writer and coach younger daughter. With assistance from our shop, she several years ago began planning for her future of living and traveling in a van by fixing up a 1986 Volkswagen Vanagon, repowered with a BMW engine and a distinctive mural. Such a mongrel is not well-suited for a life beyond a sympathetic repair facility, so the beast was sold in favor of a 2001 VW Eurovan. Unfortunately, timing for hitting the road conflicted with the reality of a limited income, so the freshly revamped pop-top went to a new owner in New York.

Fate would have it that I then happened upon a 1991 VW Westfalia, the OG of off-grid nomadic vehicular living and one that Rachel identified with from her childhood of family Vanagon travel. A nearly yearlong refurbishment ensued, culminating in the perfect Instagram subject perched on a crag or a beach, obligatory bare feet crossed nonchalantly in the foreground framed by the open rear hatch.

But a short stint with the Westy on the East Coast proved the image didn’t live up to the practicality of a slow transporter whose engineering breakthroughs happened shortly after World War II. A lovely family in North Carolina is now hopefully introducing their kids to the wonders of van camping and the versatility of a 10mm wrench.

After some soul-searching, more preparation and a dose of reality, Rachel found a high-top Chevy Astro van that’s old enough to drink, and has traveled nearly far enough to have reached the moon. She stripped the interior and put in new floors and insulation before coming home last spring so we could fabricate the bed, sink, counter top and plenty of storage, install the MaxxFan ventilation — the sure sign that an old cargo van is actually a rolling condo — and plenty of solar power on the roof.

While definitely not as iconic as a Westy, the old Astro with its rugged, reliable drivetrain that any mechanic understands has taken Rachel and her cat, Bonnie, kayaking on the Great Lakes of Michigan’s Upper Peninsula; hiking the wilds of Glacier National Park in Montana; climbing the red rocks of Moab, Utah; all the way to the west coast of Washington; and of course, everyplace in between while she visited friends and made new ones along the way. All the while working remotely from coffee shops, libraries and breweries, and camping in some wonderfully hidden sanctuaries that the expanse of this country has to offer. She even drove back here from Oregon in time for Christmas.

My more settled daughter, Erin, which is a tongue-in-cheek way to describe a girl whose addresses for the past several years consisted of the words “motor yacht” and a slip number at a marina, has been managing a private estate in Bar Harbor so she’s able to venture home more frequently. Her summer commuter of choice is still of the Porsche variety, except in winter, when it’s traded out for a more seasonally compatible small SUV. She finds the interactive driving experience of a manual transmission preferable to other distractions, though shift-it-yourself gearboxes are going the way of the carburetor.

While Rachel appreciates where a vehicle brings her, Erin like vehicles for what they bring her. Erin sails competitively, drives spiritedly and now soars, as well. She’s been flying solo since the fall, working toward her private pilot license, which will dramatically shorten her “ride” home and open up a different world of adventure on land and sea and in the air.

I hope your vehicle of choice helped you reach your destination and the road wasn’t too bumpy along the way. Happy New Year. Here’s to smooth traveling.

Eric and Michelle Meltzer own and operate Fryeburg Motors, a licensed, full-service automotive sales and service facility at 26 Portland St. in Fryeburg, Maine. More than a business, cars are a passion, and they appreciate anything that drives, rides, floats or flies.