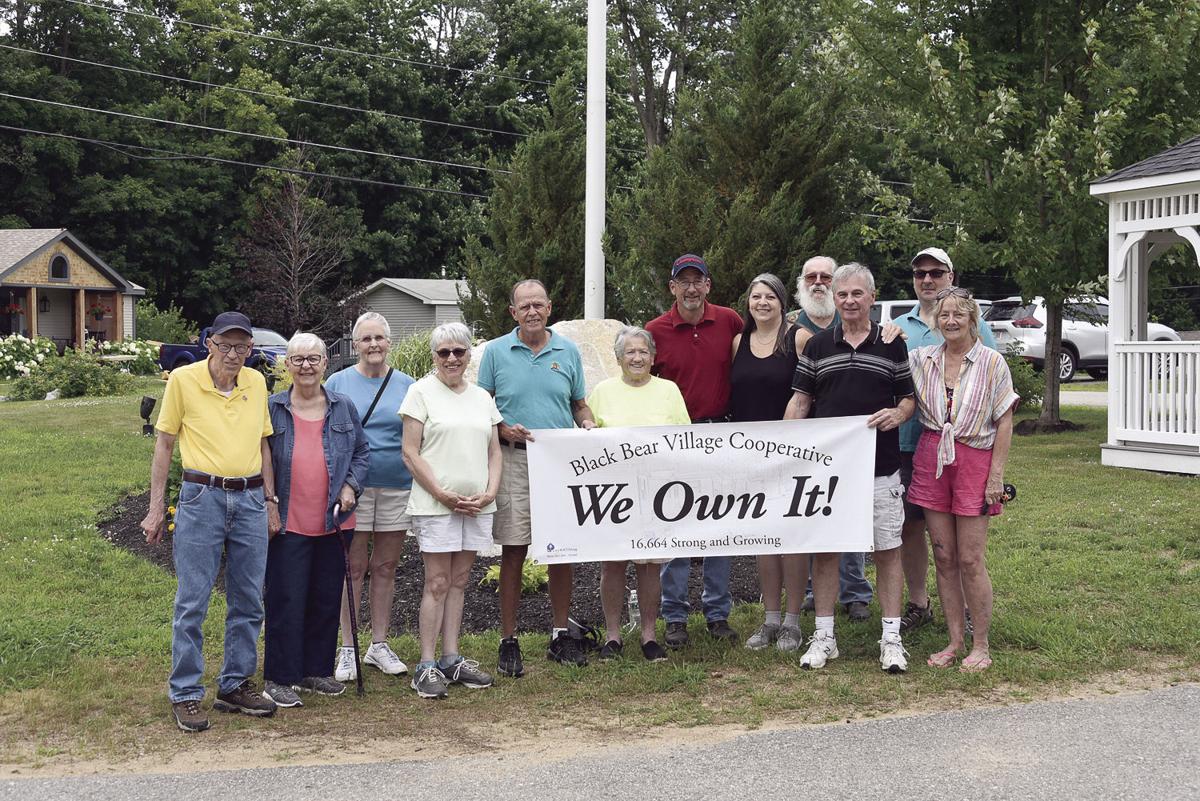 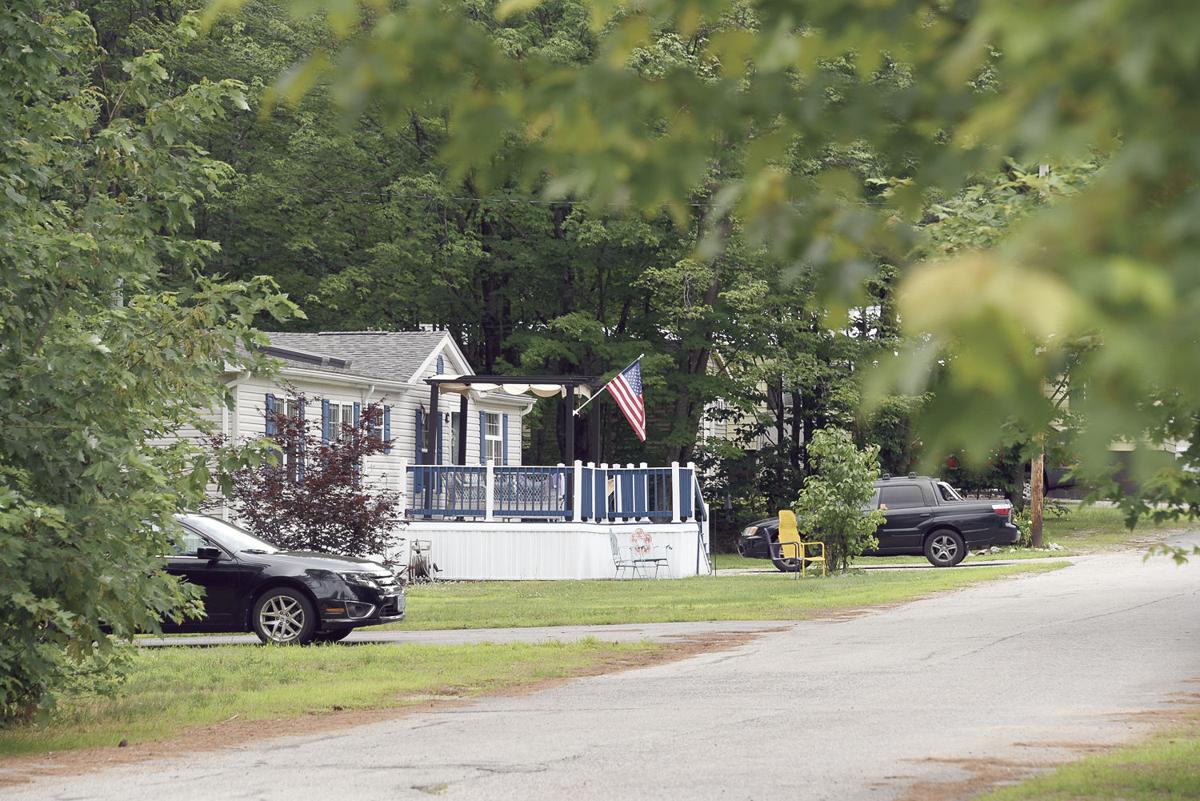 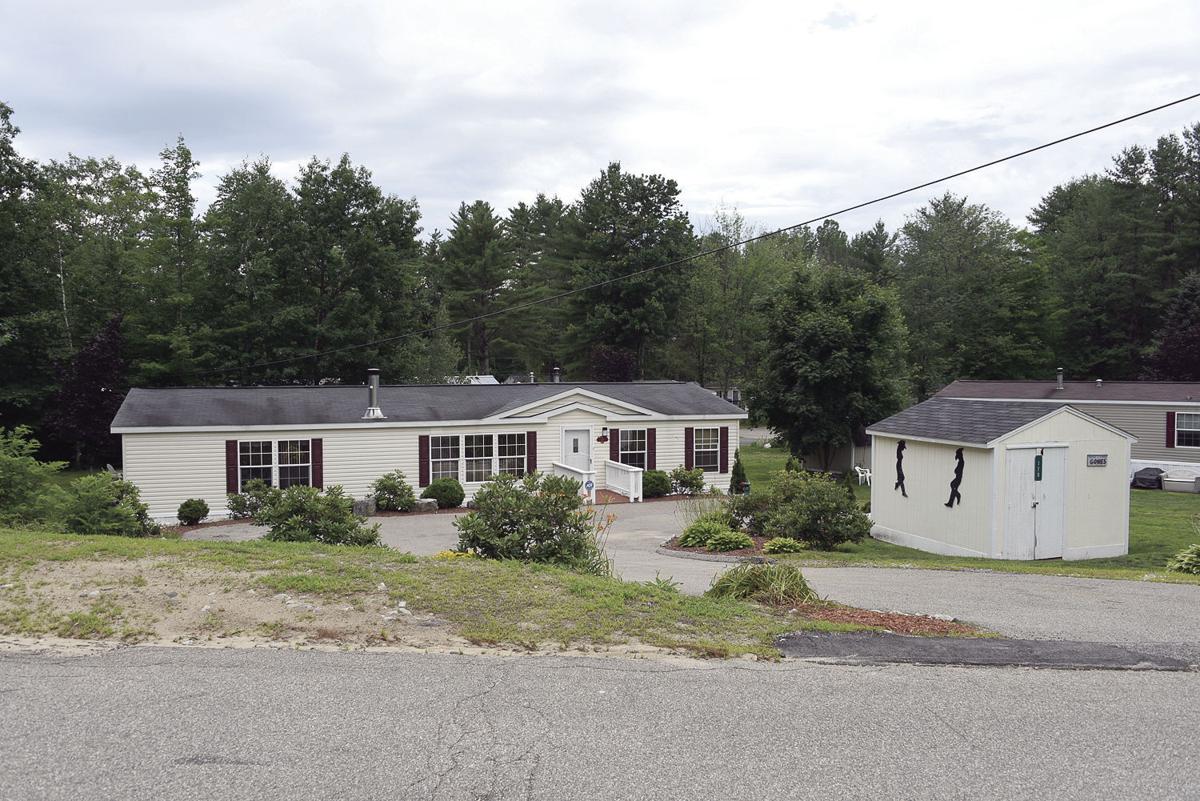 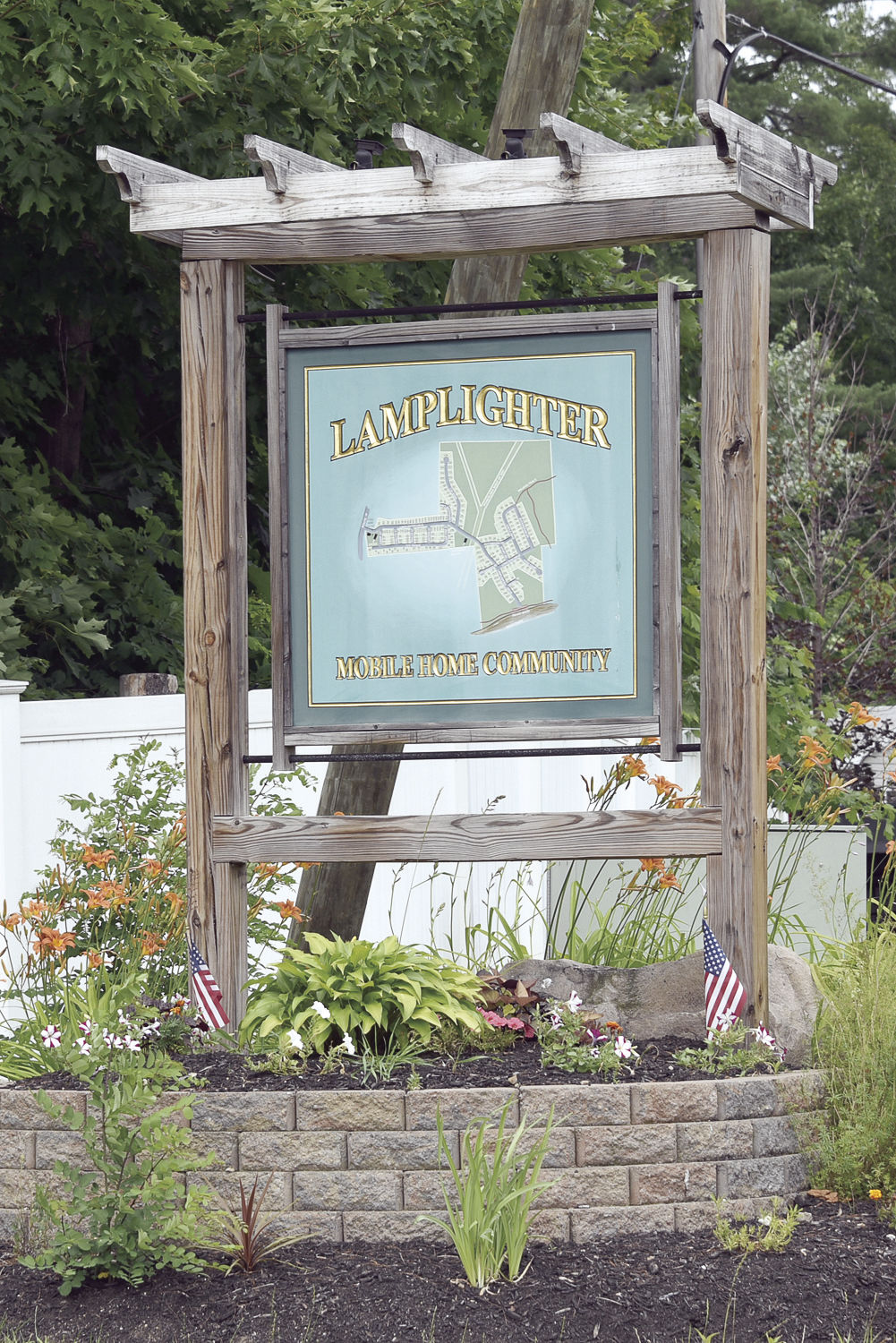 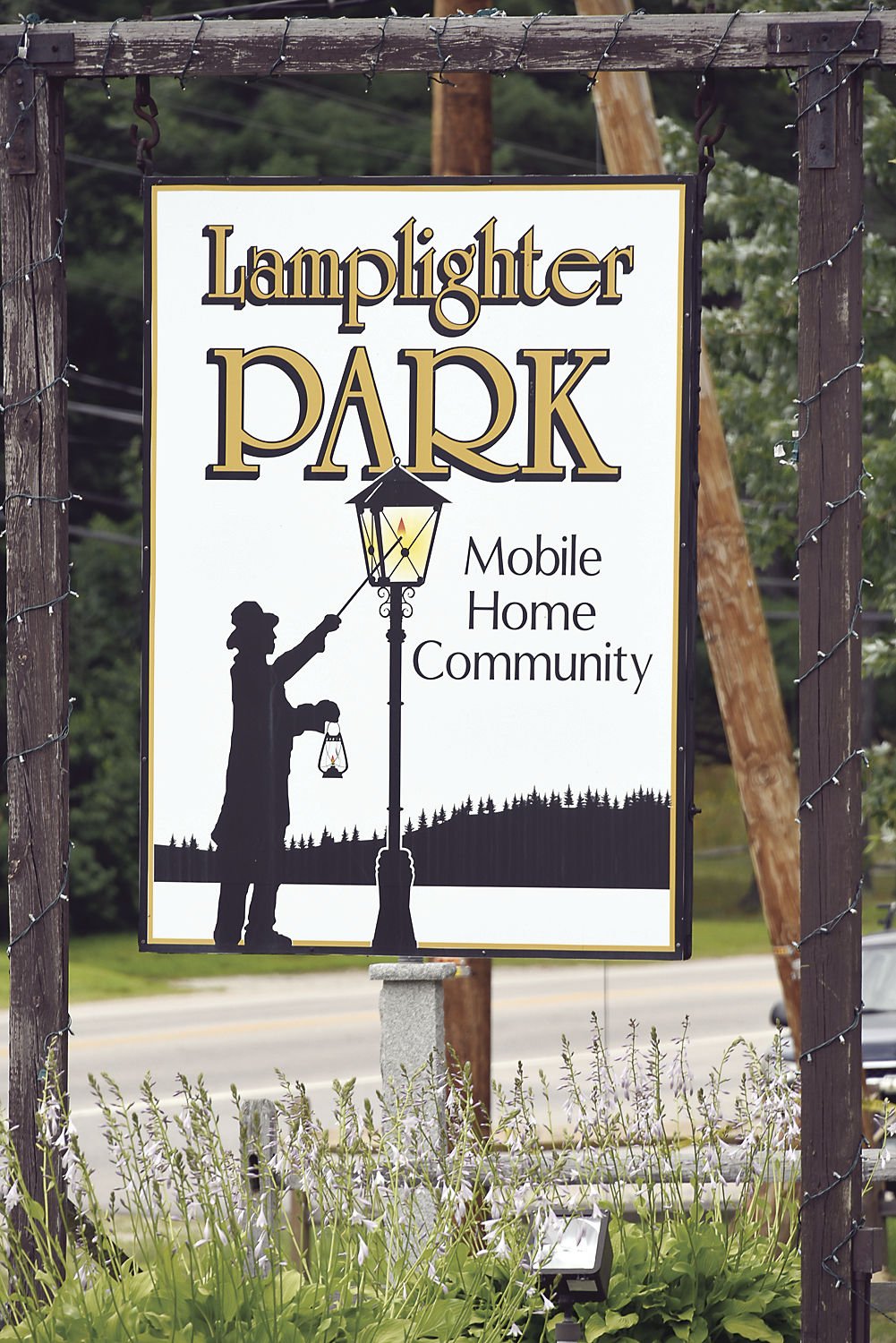 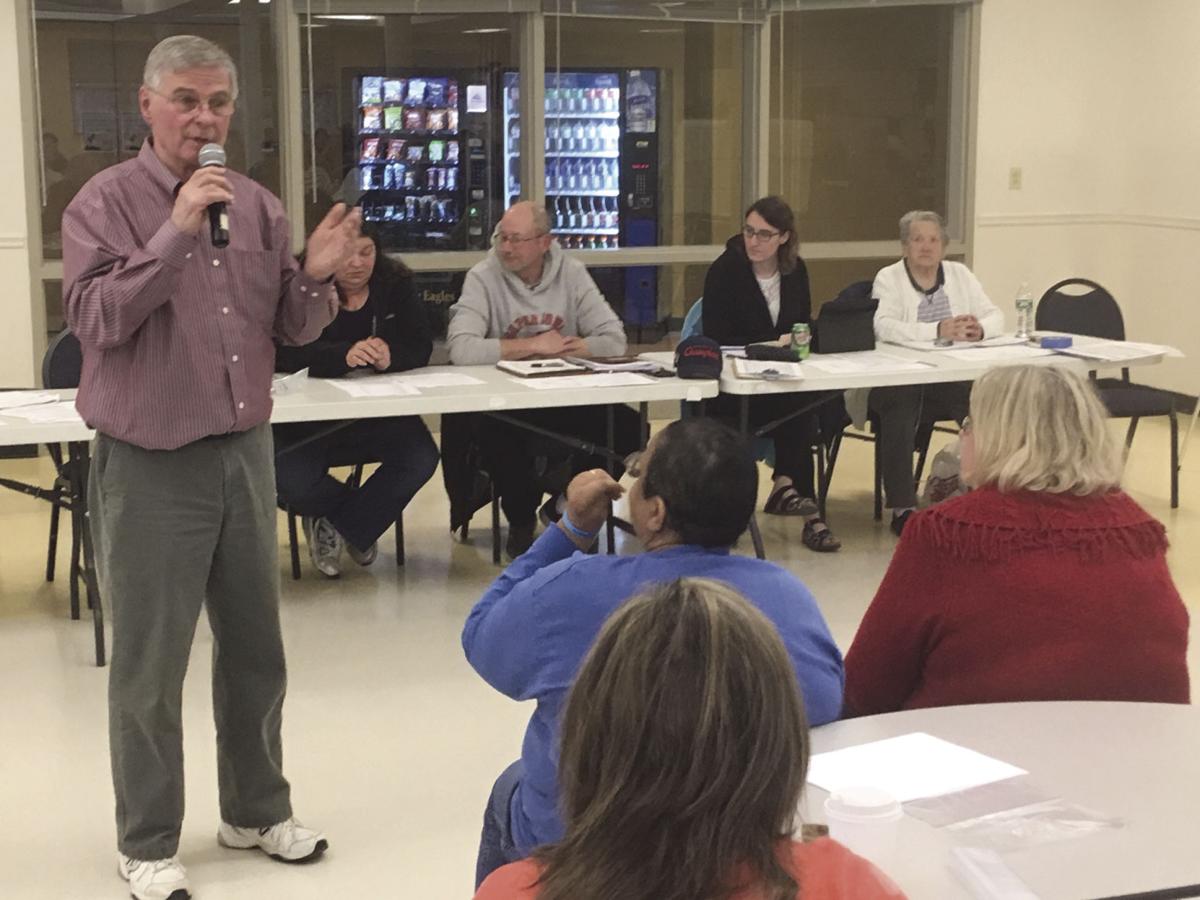 Tom Moughan (left), vice president of Black Bear Village Cooperative, April 24 addressed residents prior to a vote in which Lamplighter Mobile Community voted 108-3 to purchase the Conway park from the Hynes Group for $10,250,000. (TOM EASTMAN PHOTO)

Tom Moughan (left), vice president of Black Bear Village Cooperative, April 24 addressed residents prior to a vote in which Lamplighter Mobile Community voted 108-3 to purchase the Conway park from the Hynes Group for $10,250,000. (TOM EASTMAN PHOTO)

“With this purchase, we now have an opportunity to improve our living conditions here at Lamplighter Park and make it an even more desirable community for current and future residents,” said Tom Moughan, vice president of Black Bear Village Cooperative Inc., the body formed by residents that purchased the community.

“We all owe a debt of gratitude to the staffs of ROC-NH and the New Hampshire Community Loan Fund for making this possible. Without their leadership and assistance, none of this would have been possible,” said Moughan.

The final purchase price was $10,250,000 due to an appraisal that came in higher than the originally agreed on sum, Moughan said.

The transaction was partly financed by a $500,000 federal community development block grant through the town of Conway. The primary lender is Northway Bank and the secondary is the Community Loan Fund.

The purchase was approved by Gov. Chris Sununu and Governor's Council on July 10.

Closing on the sale followed months of negotiations since the park was first put up for sale by the Hynes Group of Vancouver, British Columbia, in November 2018.

Hynes accepted an offer of up to its asking price from RHP of Farmington, Mich. But under New Hampshire law (RSA 205-A:21), residents of a mobile home community may make a matching offer and have first right of refusal.

The news that the sale had closed Tuesday was hailed by Moughan and Black Bear Village Cooperative President Jim Anderson as well as Community Loan Fund officials.

Noted Anderson, “Now we are the masters of our own destiny.”

Moughan, who was part of the effort to buy the park 10 years ago, took a generational view.

“We’re basically doing this for a lot of the younger folks in the park, so they’ll have low-income housing. It gives them a chance to own homes, and as they have kids and they grow, if they want to move out, they’ll have a better chance at selling their home in a cooperative community than if it was privately owned,” Moughan said.

“This was well-earned and a long time in the making. They attempted to purchase the park about 10 years ago and the fact that they kept the cooperative in existence was instrumental in moving the process along.”

He explained that under New Hampshire’s RSA 205-A (“Regulation of Manufactured Housing Parks”), when a manufactured home community goes up for sale, residents have 60 days to match the purchase and sales price and terms.

After matching that amount, by law, they also have 60 days after that to do due diligence in terms of engineering studies and financing, she said.

The law has been in effect since 1983, with the first community in New Hampshire served by the Community Loan Fund in Meredith in 1984.

Lamplighter was one of four large Granite State mobile home parks, containing more than 1,000 homes, being sold simultaneously by the Hynes Group this year.

Resident cooperatives in Allenstown and Keene also purchased their parks. One sale did not go forward after discovering that 26 of its 138 home lots were either in a floodway or flood zone, according to ROC-NH and Community Loan Fund officials.

According to Moughan, Black Bear Cooperative now has 180 household members of the 213 in the park. The vote to purchase the park was taken April 24 and was 108-3 in favor.

He said this past winter, members voted to purchase the park with an anticipated rent increase of $19 per household per month, bringing lot rents to $484 per month. Anyone choosing not to become a co-op member will pay an additional $50 per month rent charge, or $534 total.

More work lies ahead, he said.

“No doubt, there will be many challenges and community decisions ahead.  But they will be our own challenges and our own decisions. Keeping rents affordable over time will be just one challenge. Improving and maintaining the quality of the community will be an equal responsibility for all Black Bear Co-op members,” said Moughan.

He noted that one-year contracts have been signed by the Black Bear board with two management companies: RWN Property Services Inc. of Conway for property maintenance and infrastructure upkeep and with the Hodges Co. of Concord for handling resident billings and tax filings.

For more information on the Community Loan Fund, go to communityloanfund.org or call (603) 856-0767.