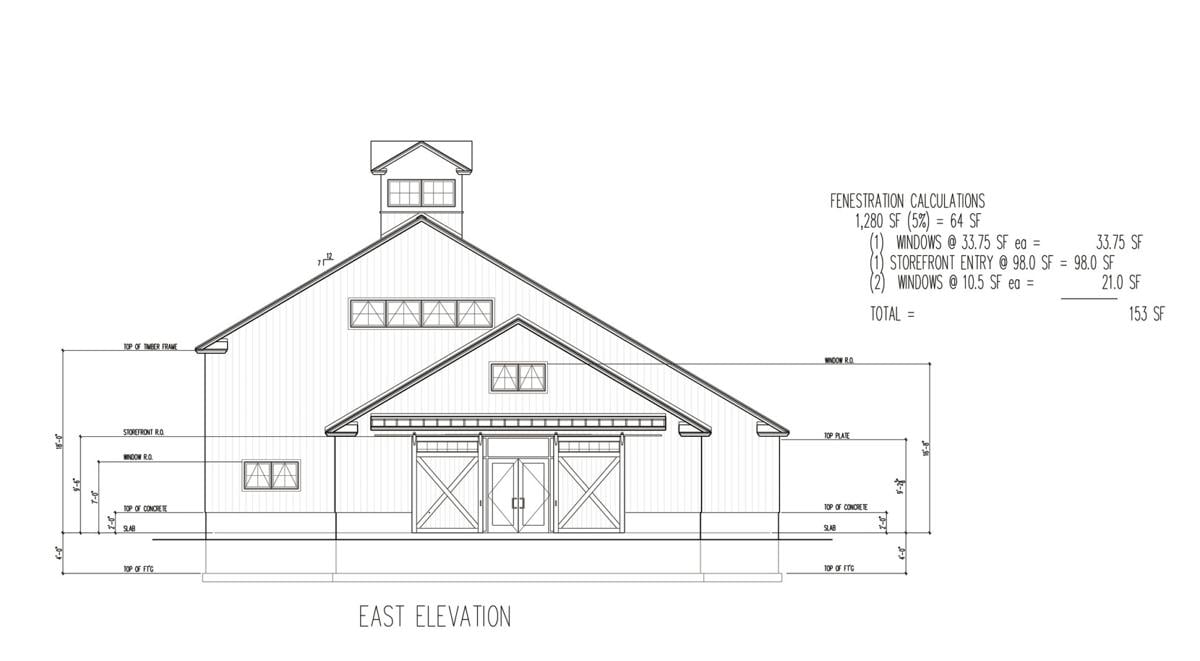 Plans show the east side of a proposed distillery project that is to come before the Conway Planning Board for full site-plan review Dec. 12. The project is located just south of the Local Grocer, fronting Route 16 in North Conway. (COURTESY DRAWING) 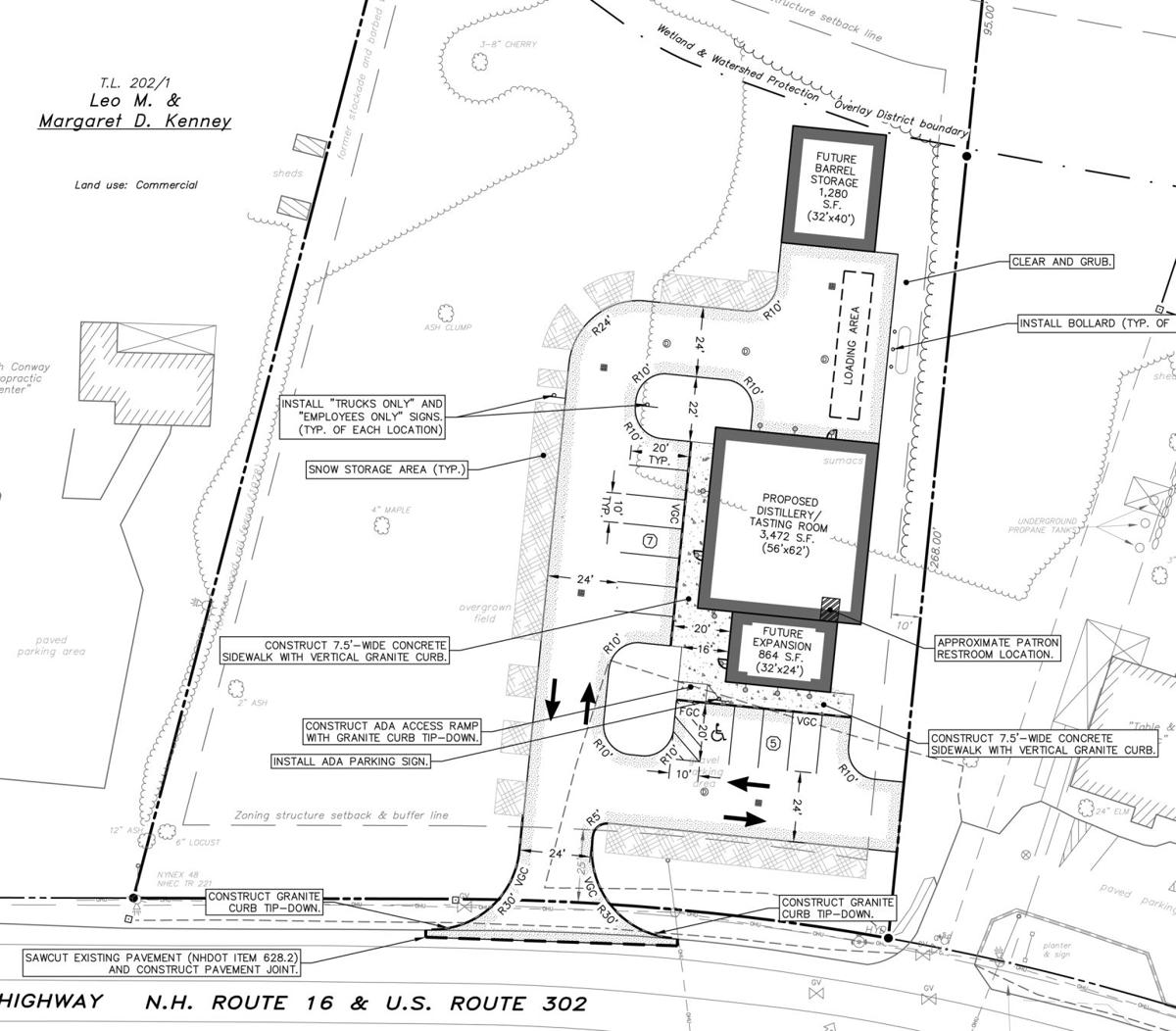 This site plan shows where the proposed distillery would be located along Route 16 in North Conway. (COURTESY RENDERING)

Plans show the east side of a proposed distillery project that is to come before the Conway Planning Board for full site-plan review Dec. 12. The project is located just south of the Local Grocer, fronting Route 16 in North Conway. (COURTESY DRAWING)

This site plan shows where the proposed distillery would be located along Route 16 in North Conway. (COURTESY RENDERING)

CONWAY — The Conway Planning Board is scheduled to begin site-plan review of a proposed 4,336-square-foot distillery with tasting room and 1,282-square-foot barrel storage barn to be built along White Mountain Highway in North Conway.

The review of the plans, which also show a future expansion of 864 square feet on the east side of the proposed distillery/tasting room, are on the planning board’s schedule for Dec. 12.

The 2.1-acre lot is bordered to the south by the North Conway Chiropractic Center owned by Leo Kenney and wife Margaret, and to the west by the Saco River.

The property under review is owned by Rafael Rodriguez of Poopsy Investments LLC of Jackson and Montreal, Quebec. The applicant is listed as Nice Barn LLC, care of Christopher Burk of 5 Benton Brook Place of Denmark, Maine.

The application was submitted Nov. 19.

Interviewed Tuesday, Burk said the facility “would be built to resemble a barn as a post-and-beam structure.” Pending approvals, the goal would be to start construction this spring. Burk said there are “quite a few distilleries in the state, but this would be the northernmost.”

“We will distill a variety of spirits, starting with gin and vodka and waiting for the whiskey and bourbon to mature,” said Burk. “We will be doing some other things along the way but those will be the ‘tentpoles,’ so to speak.” He said the property would potentially be developed in three phases, although he said there is no guarantee that the latter phases would ever be developed containing the barrel storage barn and front addition.

He said that they are proposing those parts of the project now as part of the site-plan review as a prudent way to go about the development in terms of spelling out drainage plans.

“We have no plans in the foreseeable future to expand beyond the 4,300-square-foot footprint (for the distillery),” Burk said. He said the distillery would produce spirits that would be marketed in state through the State Liquor Commission. They would not be allowed to serve cocktails in the tasting room but the plan would be to offer sample tastings.

Burk, 48, said his background is in finance. A 1993 graduate of Boston College, he has lived in Denmark, Maine, for 10 years. He said he has taken distilling courses at colleges and studied the making of bourbon in Kentucky. He said his company would hire a trained distiller who would be head of production.

His goal is to celebrate New Hampshire’s agrarian heritage. “North Conway is a beautiful part of the world, with a great water supply,” said Burk. “Having grown up in New England, I want to be part of working with local farmers and continuing our agrarian heritage. I think it will be exciting for people to be able to see the distillery and to learn about how a small-batch distillery works,” he said.

Burk said the facility when built would be serviced by municipal sewer and water from the North Conway Water Precinct and that it would be fully equipped with a sprinkler system.