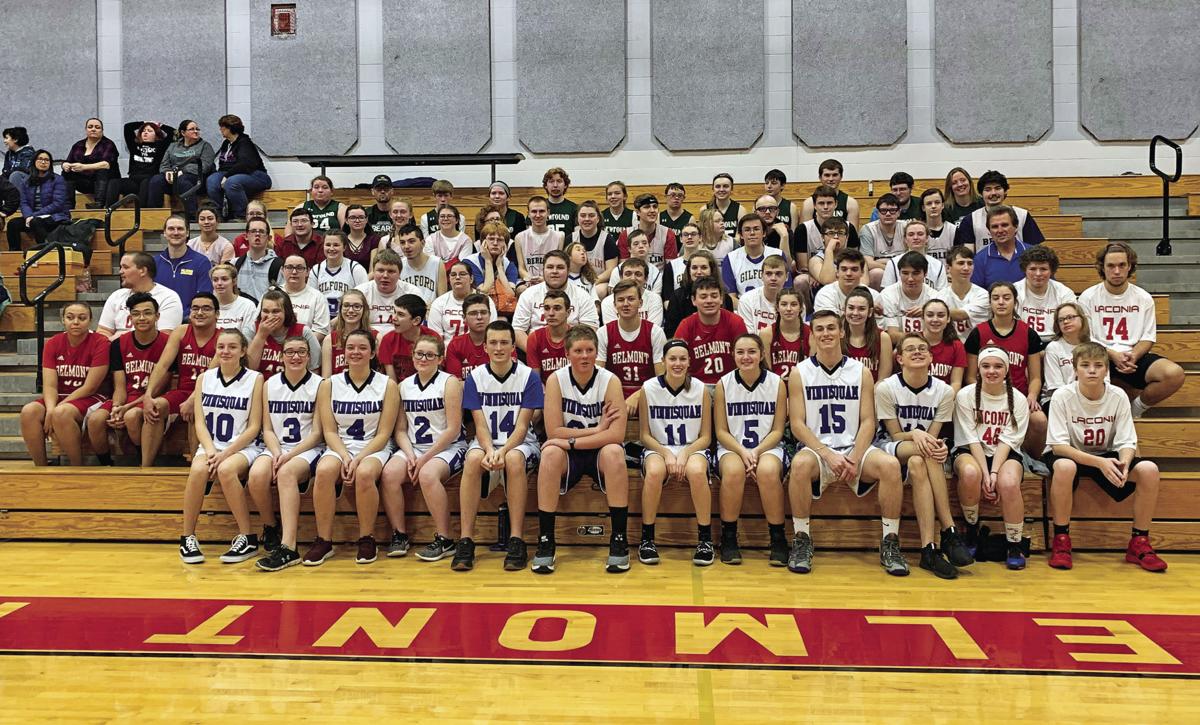 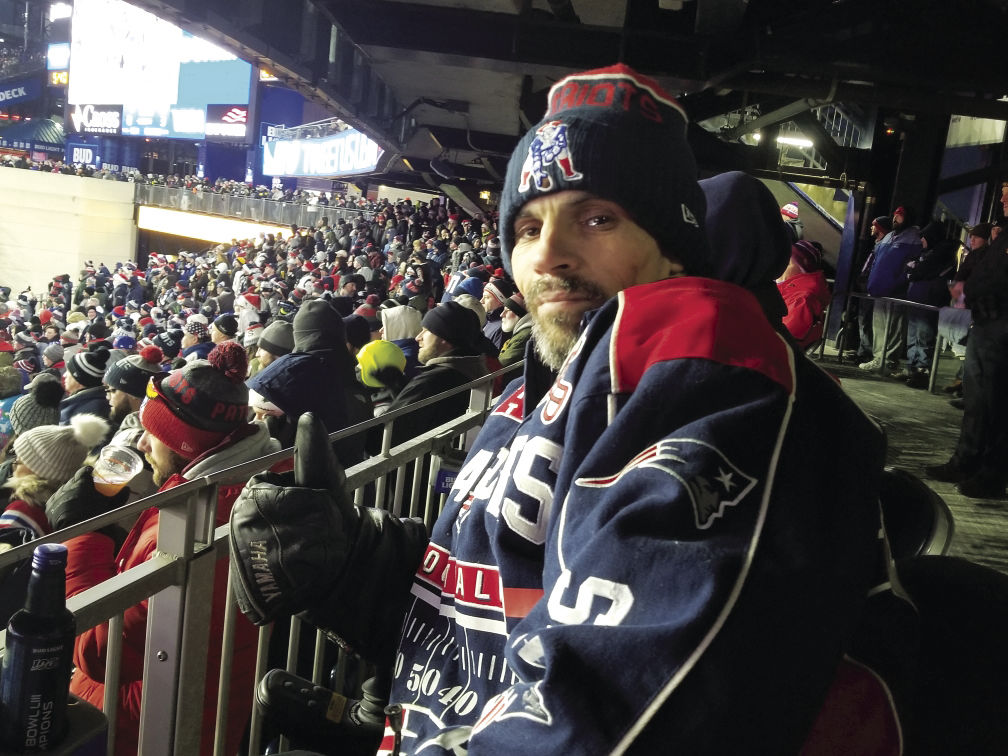 This game marked Berlin’s first game of the season, though the team did take part in the Belmont Unified Basketball Jamboree with five other teams earlier this month.

Even though Berlin won the game, everyone in the gym that day (including the student body, parents, friends and other fans of the program), actually won because they got to see two teams playing hard but fair, with lots of unselfish actions witnessed.  It was a special and unique afternoon of basketball.

Berlin was up by eight points (14-6) after one period, each team doubled their score in Period 2 (28-12), and then things really settled down, as both teams scored 12 points and 16 points each in the third and fourth periods, respectively.

The Spartans were led by Mason Stuart with 10 points, Benjamin Hatfield, Frank Beisler and Cassidy Hart with six points each, and four each from Josef Blanchette and Joshua Stark.

Berlin’s points came from Kolbe Delafontaine with 14, Autumn Johnson and Randy Belanger with eight each, six points coming from Christopher Trask and Ross Belanger, four from Candice Howry, Lee Ann Tremblay and Felix Frechette (who also had to have had at least 10 assists), and two from Roger Belanger, who was a rebounding machine.

Congratulations to both teams for treating us to some fine basketball.

The regional school team is coached by Kerry Brady, daughter of long-time Berlin teachers, Jim and Mary Ellen Brady who were in attendance at the game. It was nice to visit with them for a short spell.

The Berlin High boys’ basketball team defeated Franklin, 61-38, Tuesday at the Berlin gym, to raise their record to 2-4, while Franklin fell to 1-5.

“Our look to push the ball up the floor was the difference maker in this one,” said Coach Jared Lauze. “After the wake-up call against Belmont (a big 71-14 loss), we entered the Franklin game with a few key focuses, defensive pressure and transition, both of which helped us earn a much needed win.”

They steadily increased that lead each quarter with a five-point advantage during the second period (up 31-16), six points in the third quarter (up 46-25) and finally a two-point advantage  in the final frame to win by the 23-point margin.

Jalen Lacasse had a monster game with 24 points, followed by Shaun Goyette with 13, Jeremyah Dow was tough in the paint and on the boards and had 12 points. David McGloughlin handled the ball well throughout, scored seven points and had some pretty impressive assists to lead his team in that category. Jacob Mercier and Kevin Murphy finished with two points each and Matt Landry had one point.

Praising players’ performances, Lauze said: “Jalen Lacasse proved how tough he is in open space and as a crafty finisher and Shaun Goyette and David McGloughlin used their speed to move the ball up the floor and get to the basket when they didn’t get back quickly enough. Shaun finally looked to get his shot going and hit some key baskets for us in the second half and is hopefully developing into the secondary scorer that we need him to be. Jeremyah Dow also continues to grow as a freshman getting acclimated to the change in pace going from junior high to varsity basketball and he chipped in with an efficient 12 points with some nice plays in the post particularly.”

The team plays Mascoma Valley in an away game on Friday at 6:30 p.m.

We caught up on a lot of important things while doing something we have done for the past 40-plus years, in the gym at a game.

Due to time constraints, I was unable to put together more detailed information about the other games that took place on Tuesday but the good news is the Gorham Huskies girls’ basketball team notched their first win of the season (now 1-6) by defeating Lisbon 50-32, the Berlin girl’s basketball team (4-3) soundly defeated Franklin 49-17, the Berlin-Gorham girl’s hockey team (6-1-2) won 7-0 over Manchester Central-Memorial but the Gorham boy’s basketball (3-4) lost a tough one to Lisbon in a squeaker, 39-37.

Mark Jan. 22, at 7 p.m. on your calendar, as a group of Gorham educators will play the famed Harlem Wizards at the Gorham High gym as part of a fund-raising event (For more detailed information, see story, page 22).

For those of you who want to stream local high school sports, as I mentioned earlier, there are  two sites, northeastsportsnetwork.com and Phlume. The latter one has two sites you can go to-the first one is for live action and a schedule of upcoming games and for that go to stream.phlume.com. The second one is for reruns of games already completed — phlumestream.com.

Brian Lacasse enjoyed a day out at Gillett Stadium for a New England Patriots game last week, as the Patriots defeated the division rival Buffalo Bills, 24-17.

Brian suffered severe injuries in a horrific motorcycle accident in the fall. Good thing you weren’t down there this past Sunday, huh, Brian? We wish Brian patience and perseverance as he works hard in his recovery process.

The North Country mens’ hockey league had games this past Monday, with Amoskeag defeating the Pub by a 3-1 score, in Game 1.

There was no scoring in Period 1, but  Amoskeag opened the scoring with two goals in the second period off the stick of Mark Bisson, with assists going to Mike Wedge and Ben Hall, followed by Ethan Dorval, unassisted.

The Pub came back to tighten things up with a goal from Craig Villeneuve with help from Nathan Accardi and Justin Jacques.

Tyler Martin set up Tom Bisson for an empty net goal to settle things at 9:57 for the final period.

Zach Cascadden was busy in the net for the Pub with 24 saves, while at the other end, Scat Middleton had 12 stops.

In Game 2, eight goals were scored, with Mr. Pizza scoring five of them, while the Town and Country had three. The T&C opened the scoring in the first period off the stick of Jeff O’Neil with the assists going to Greg Wedge and Jeremy Eafrati, and that line would figure in all of the scoring for their club.

But then Mr. Pizza came back with three of their own, with Cam Cochran getting two of those — the first with help from Chris DeAngelis and the second one unassisted.

In between Cam’s two goals, Dana Deblois hit the back of the net with direct support coming from Spencer Devost and Cochran.

The T&C’s Eafrati made things interesting with a second period goal with help from O’Neil and Wedge.

That line switched things up a bit, with Wedge scoring the tying goal from Eafrati and O’Neil for the T&C in the third period before Sawyer Sanschagrin got a pass from Cochran (four points), to break the deadlock.

Later, Erik Guilbeault with an assist from Sanschagrin settled things with a score and that 5-3 win.

Nathan Leborgne has 20 saves for T&C, and Johnny Parkhurst stopped 18 for the winning Pizza boys.

Don’t forget to check out the league games every Monday at the Notre Dame Arena at 7 and 8:15 p.m.

Thanks, too, to Mark Bisson for faithfully sending me statistics every Monday night.