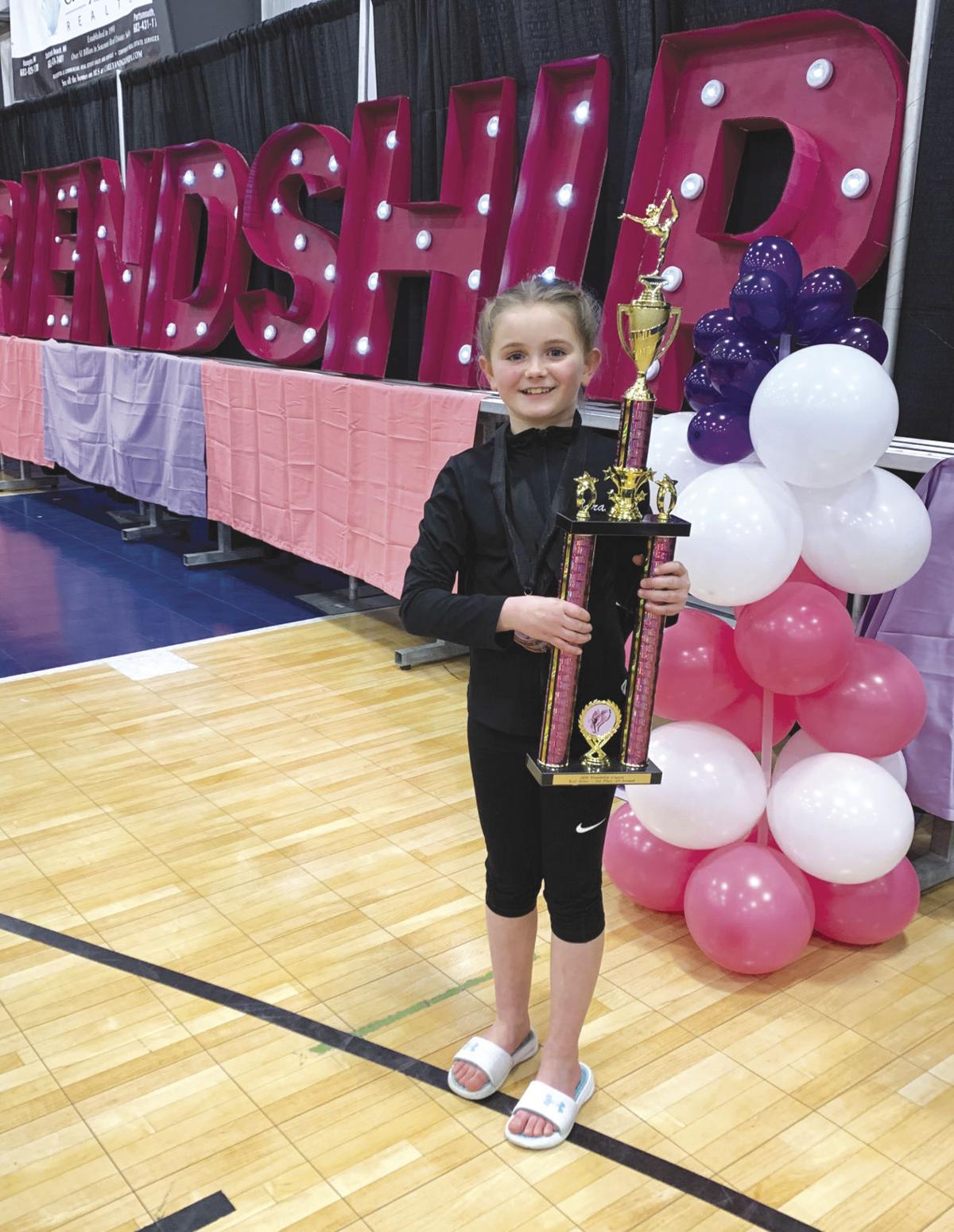 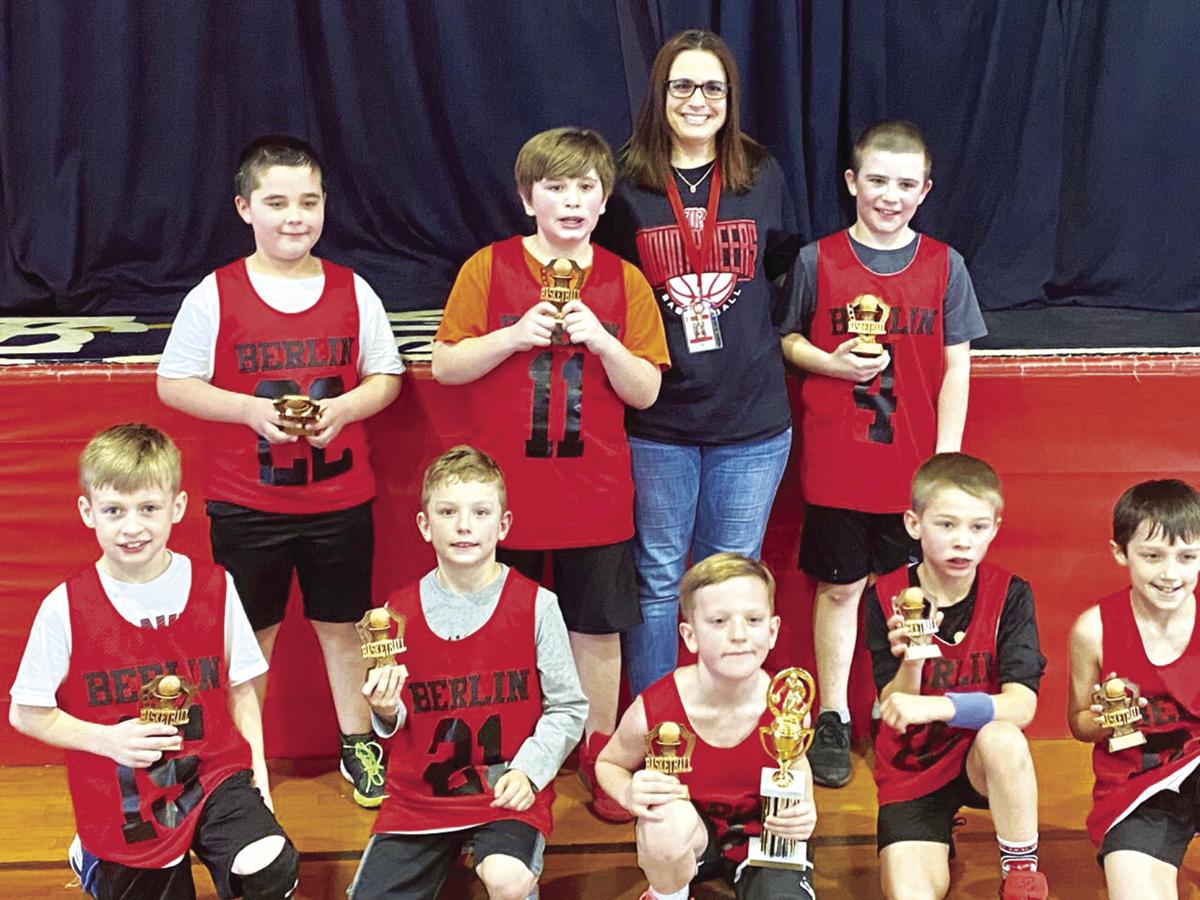 Wow, it is hard to believe that this is the last week in February, and by the end of this week all regular season winter sports’ action will be complete with only tournament action to follow.

The Berlin Unified Basketball Team will host the yet-to-be named opponent on March 5 at 5 p.m. As of this printing, no further information was available on either of those games.

Meanwhile, Berlin’s Cora Treiss will compete in the Division III and IV Nordic State Ski Meet next Tuesday at the Great Glenn Trails.

Berlin boys’ and girls’ hockey teams will finish up their regular season schedule this coming Saturday night and will wait for the pairings to come out.

Lots of local girls’ basketball teams will be represented in the upcoming Division IV tournament beginning this week, including Colebrook, Groveton, Pittsburg-Canaan, Lisbon, Littleton, Woodsville. Good luck to all.

In action this past week and weekend, the Berlin-Gorham girls’ hockey team had their last regular season home game which resulted in a nice 9-1 win over Souhegan, on senior recognition night for Maria Young, Bryn Dube, Haley Hamilton, Trinity Gendron, Natalie Williams and Kaelyn Blais.

The Mountaineers scored two goals in the initial period, the first coming from Sophia Schoenbeck, with assists going to Bryn Dube and Becca Pouliot (2:54). The second one came from Trinity Gendron, after she caught a pass from Dube and skated through a number of defenders and sent a nice accurate wrist shot from the top of the circle into a surprised Sabre goalie (12:46).

Berlin had a big second period with four goals to pretty much seal the victory. Schoenbeck notched her second goal, at 1:20, from Jill Hallee and Haley Hamilton, followed shortly (2:03), when Anna Salek sent a nice pass to Gendron, who took another hard, precise wrist shot just inside the blue line, for her second score of the game. Hamilton followed that up with a score at the 8:40 mark, with a wrist shot, glove side to the back of the net, set up by Pouliot. The final goal of that period came when Grace Bradley and Gendron combined to set up teammate Sidney Chapman who tipped it in. The visitors did manage to score their lone goal in that period but the hosts went to the locker room with a solid, comfortable 6-1 lead.

They scored three more goals in the final period beginning at 2:08, Chapman with her second goal, assisted by Schoenbeck, at 5:13, with another nice set-up starting with Bradley, to Hallee to Hamilton (her second) and then on a power play at 11:50, Hallee from Pouliot.

Shots on goal were definitely in favor of Berlin, by a wide 38-8 margin.

One game remains, that being 10 days from this game, Saturday, Feb. 29, at powerhouse Concord, a team Berlin lost to 1-0 earlier in the season.

The Berlin High School girls’ basketball team was involved in two barn-burners (a term used to describe a sporting event, that is very exciting and/or intense) last week, first a 57-56 win over Interlakes and in their last regular season game, last home game and senior night, they they lost to Prospect Mountain, 43-37.

I had previously mentioned the pulsating 57-56 win by the girls against Interlakes, and Coach Don Picard updated me on that big win. Interlakes had scored very late in the game to take a 56-55 lead, and with 3.6 seconds left, after a timeout, Interlakes was so determined to deny the inbounds pass that they forgot about Makenna Peare, who snuck through or around that defense, Senior Libby Picard saw it and passed the ball over the top to Makenna who promptly laid it in the hoop at the buzzer for the win!

The Peare girls, Kaylee (who had just returned from a foot injury) and Makenna had 18 and 12 points respectively, while Balderrama had 16, followed by Remillard with four; Cordwell, three, and two each from Kelly McCormick and Libby Picard, plus her game clinching assist.

In the Prospect Mountain game, Berlin led 11-10, after one period, trailed 23-19, at halftime, both teams were tied at 29 each after three periods, and then by virtue of a 14-8 advantage in the final frame ended up on the short end of the score.

First period action saw the Mountaineers score early, leading 8-1, before the Timberwolves went on a 10-3 run to end the period down by one.

The second period saw Prospect Mountain go on another run of 7-3 to take the lead, thanks to five straight successful free throws, then later two hoops from the floor, sandwiched around two more free throws, gave them a slight four-point lead at the break. They continued scoring into the third frame, taking a 27-21 lead over the hosts, before Berlin went on a nice 8-2 run to tie it all up at 29.

Things were back and forth in the final period and right up until the last minute, when with 48.8 seconds remaining Berlin was down by only two. They did have three chances late to tie or go ahead but turnovers plagued them. Plus they missed a number of key foul shots, while the Timberwolves responded with four straight free throws during that same time span, “crunch time” helped to seal the victory.

At one point in time the visitors hit 15 consecutive foul shots, and ended up going 22 for 26 from the charity stripe, while Berlin was 14-28, including a few during crunch time.

As Coach Don Picard said, “We shot 50 percent from the foul line, which is above our season average but not good enough for tonight.”

Kaylee Peare was on fire scoring 18 points, followed by Makenna Balderrama (10), Makenna Peare, five; and two each from Isyss Remmilard and Madison Cordwell.

Berlin ended up with a 6-12 record, good for and as mentioned earlier will play in the New Hampshire Interscholastic Association Division III tournament beginning with the preliminary round, at Newfound on Wednesday night, a team Berlin lost to by 13 points and 20 points in the regular season. But it’s playoffs and anything can happen.

The Berlin High School boys’ hockey team tied Division II Lebanon on Wednesday, 2-2, at the Notre Dame Arena, and then soundly defeated Sanborn-Epping, 8-1, on Saturday night on the road.

In the Lebanon game, the Mountaineers scored in the first period at the 11:20 mark, when Brayden Riendeau and Ben Estrella set up Tyler Rousseau for a 1-0 lead.

No goals were scored in the second period. Berlin went up 2-0 when at 12:09, Estrella and Rousseau set up Trevor Breault to give Berlin a 2-1 lead.

Shortly after, at 12:36, Lebanon scored a goal to cut the lead in half. Late in the game the Red Raiders pulled their goalie in favor of an extra skater and it paid off as they scored with eight seconds remaining in regulation, to force an overtime period.

During the extra session Berlin had five overtime shots on goal to three for the visitors but neither team could get the game winner and thus the 2-2 tie.

Coach Mike Poulin said, “The boys played well, put forth a good effort but we did make a few mental errors late in the game that hurt.”

In their 8-1 win over Sanborn-Epping, goals came from six different players, with Tyler Rousseau getting the hat trick. First period action had Griffin Melanson score the first goal, at 2:58, with an assist going to Jonah Berthiaume, and then Brayden Riendeau netted a goal at 12:08, from Rousseau and Trevor Breault.

In the second period the Mountaineers came out firing on all cylinders, scoring five goals, three of them in a row from Rousseau. First was a goal from Brody Duquette at 2:20, from Dom Paradis and Zack Giroux; then at 5:16, Rousseau from Breault; at 8:17, Rousseau from Riendeau; at 9:03, Rousseau, unassisted; and finally at 10:35 Landyn Croteau from Isaiah Maddox. Sanborn-Epping scored their lone goal at 8:28 of that period.

Third period action saw Berlin score one goal, that coming at 8:30, off the stick of Carter Poulin from Breault. Berlin had 37 shots on goal to 11 for the hosts. Things were a bit rough as both teams committed four penalties apiece.

Anthony Pizzuto and Alan Avila shared the goaltending duties, and Poulin said, “We had a bit of a slow start, everyone played, and we are all healthy.”

Berlin High School’s Nordic skier, Cora Treiss competed in the Lakes Region Championship 2.5 kilometer sprint relay last week. She had a partner from Kennett and they finished a strong ninth in that race. Later she competed in the Coaches’ Cup 5K freestyle race at White Mountain Regional High School. This was a large race with schools from the entire state of New Hampshire in attendance, and Cora did herself proud by finishing 83rd overall in the Class A girls’ race.

Her coach, Rick Treiss said, “We were hoping for her to be in the top 50 percent, but missed that, although it was a good, solid finish for a freshman. Her next meet will be at the state championships at the friendly Great Glen Trails.”

Here is a sport’s story worthy of noting.  Craig Langlois informed me that Tara Demers, a fourth grade student at Edward Fenn Elementary School in Gorham recently competed in the “Friendship Gymnastics Meet” in Hampton. Tara placed third overall amongst a field of 50 gymnasts. Her best event was the vault in which she scored a 9.45 out of a possible 10 points. Tara competes for the Saco Valley Gymnastics team out of Conway. She is the daughter of Tony and Tina Demers of Gorham.