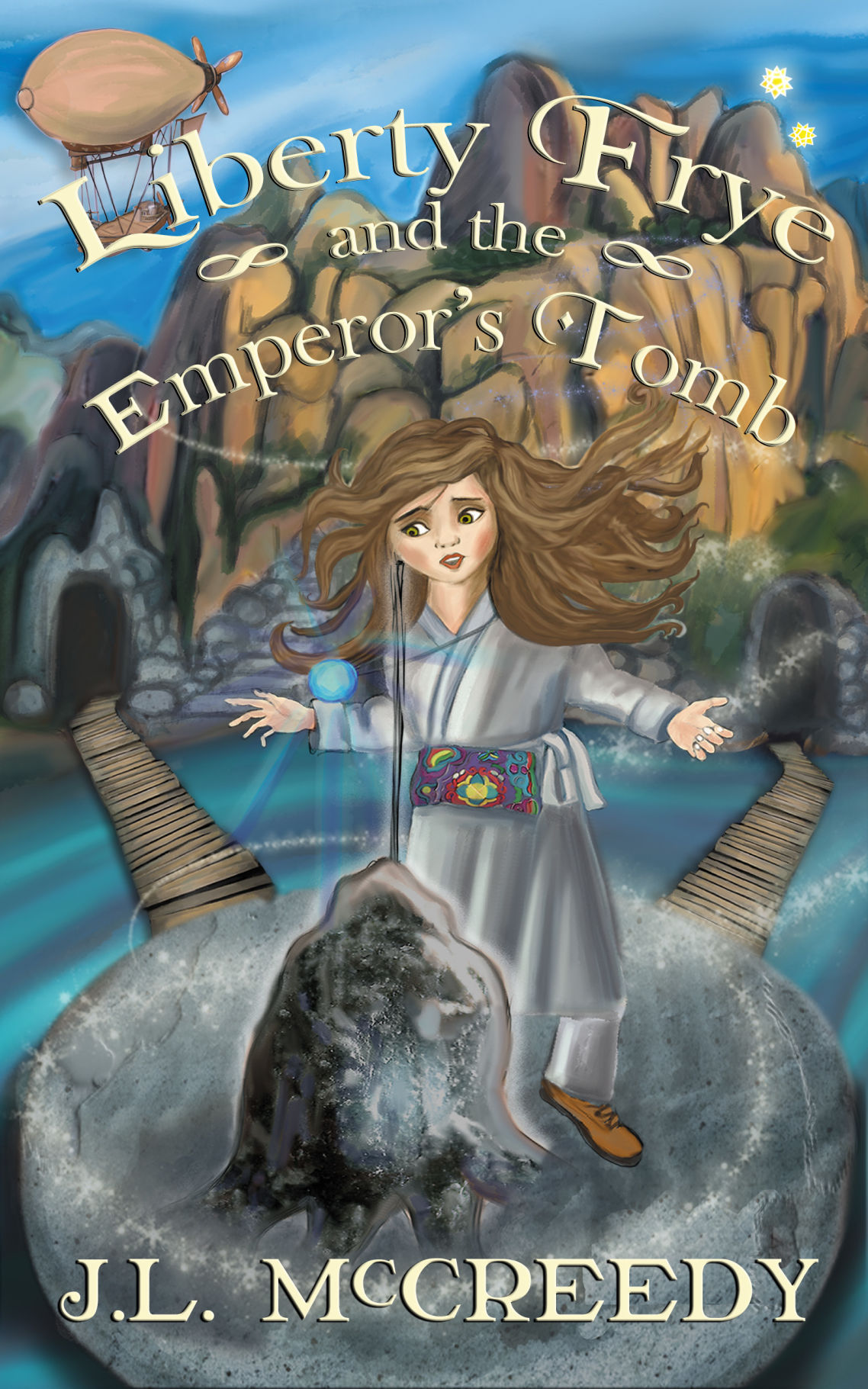 The third book in J.L. McCreedy's trilogy, "Liberty Frye and the Emperor's Tomb" has just been released. 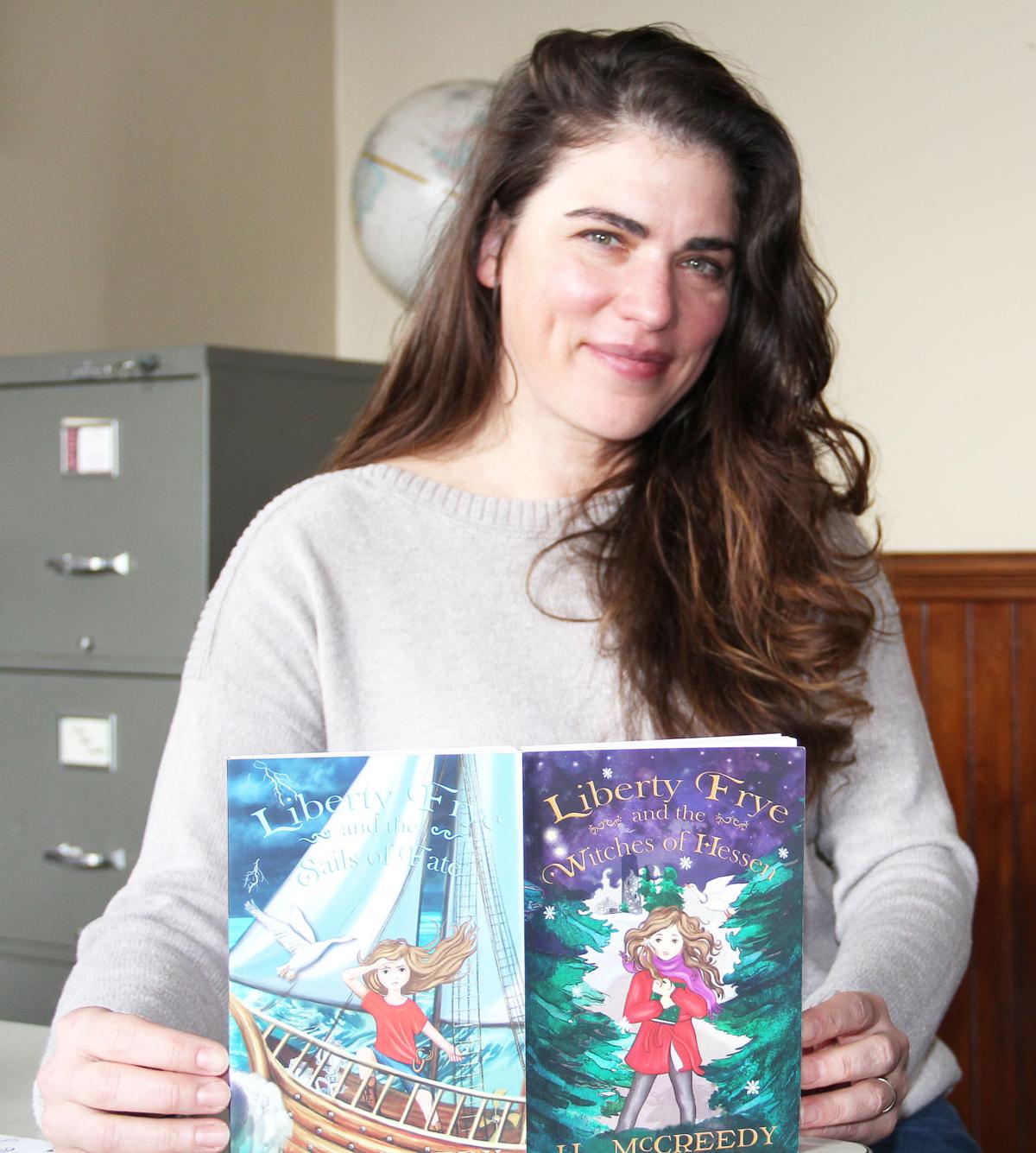 J.L. McCreedy will be reading from her Liberty Frye series of books gear for kids aged 10 to 14 this coming Monday at the Gorham Library. (BARBARA TETREAULT PHOTO)

The third book in J.L. McCreedy's trilogy, "Liberty Frye and the Emperor's Tomb" has just been released.

J.L. McCreedy will be reading from her Liberty Frye series of books gear for kids aged 10 to 14 this coming Monday at the Gorham Library. (BARBARA TETREAULT PHOTO)

GORHAM — Liberty Frye is the lead character in an exciting trilogy of adventure books geared for middle school students and written by local writer J.L. McCreedy.

McCreedy just released the third book and will be talking about her books and reading from the first book, “Liberty Frye and the Witches of Hessen” at the Gorham Public Library on Monday, April 8, at 4 p.m.

The series centers around the adventures of Liberty Frye — described by McCreedy as a quirky kid who starts out in the “Witches of Hessen” as a bit of a social outcast. Along the way, she befriends another girl, discovers a dark family secret, and ultimately learns to accept her new identity. The first book is set largely in Germany while the second book; “Liberty Frye and the Sails of Fate” features a cruise on refurbished pirate ship. Just released this week, the third book, “Liberty Frye and the Emperor’s Tomb,” finds Liberty in China.

If Liberty is an adventurous spirit, it is likely a reflection of her author. Now a resident of Gorham, McCreedy grew up in Indonesia and Malaysia where her American parents worked as missionaries. Her love of reading and writing, she believes, was nurtured during her years in boarding schools.

When she turned 18, she moved to California to go to college but ultimately moved to Mississippi, where her grandparents live, to finish her bachelor’s degree in English and journalism.

After waitressing and bar tending, McCreedy decided to go to law school. While in law school, she met her husband Sam, who was a medical student. After they both graduated, her husband took a job at a clinic in Germany for a year. The couple lived in the town of Rodenbach, next door to the town of Hanau, where the Brothers Grimm of folk tale fame were born.

“ I used to ride my clunky bicycle to the farmers' market on the town square in Hanau, and there in front of the rathaus is a huge statue of the Jacob and Wilhelm Grimm,” McCreedy wrote in a follow-up email.

The setting inspired her, and she wrote the first draft of “Liberty Frye and the Witches of Hessen” there, incorporating names and places from her year in Germany.

The pair returned to Mississippi and helped out in the aftermath of Hurricane Katrina. They remained there for five years, her husband working in a medical clinic and Jesse running her own grant-writing and consulting firm for non-profits.

In 2011, the pair decided to leave their comfy jobs and her husband signed a two-year contract with the Peace Corps, working in a small country in the South Pacific called the Kingdom of Tonga. That lead to a one-year contract working in China and then a stint in Indonesia in a town about two hours from where she lived as a child.

Returning to the United States two years ago, the pair decided to look at settling in New Hampshire. McCreedy said they had done some road trips over the years and liked the Seacoast area. An ad for a primary care physician at Coos County Family Health Services in Berlin caught the couple’s eye and they came to check out the place.

“We really just kind of fell in love with the area,” said McCreedy.

Her husband was hired and she continues to do grant writing from her home office. She also has continued to write her Liberty Frye series.

In addition to writing the books, McCreedy also does the design, formatting and layout for all the illustrations. She contracts with Irish artist Cristina Movileanu to draw and digitally paint the illustrations. The two go back and forth by email until McCreedy is satisfied with the illustration. The painting is sent to her in multiple layers so she can tweak details as needed.

Copies of her book are for sale at White Mountain Cafe and Book Store in Gorham. McCreedy said she hopes to do an event at the Berlin Public Library next month.