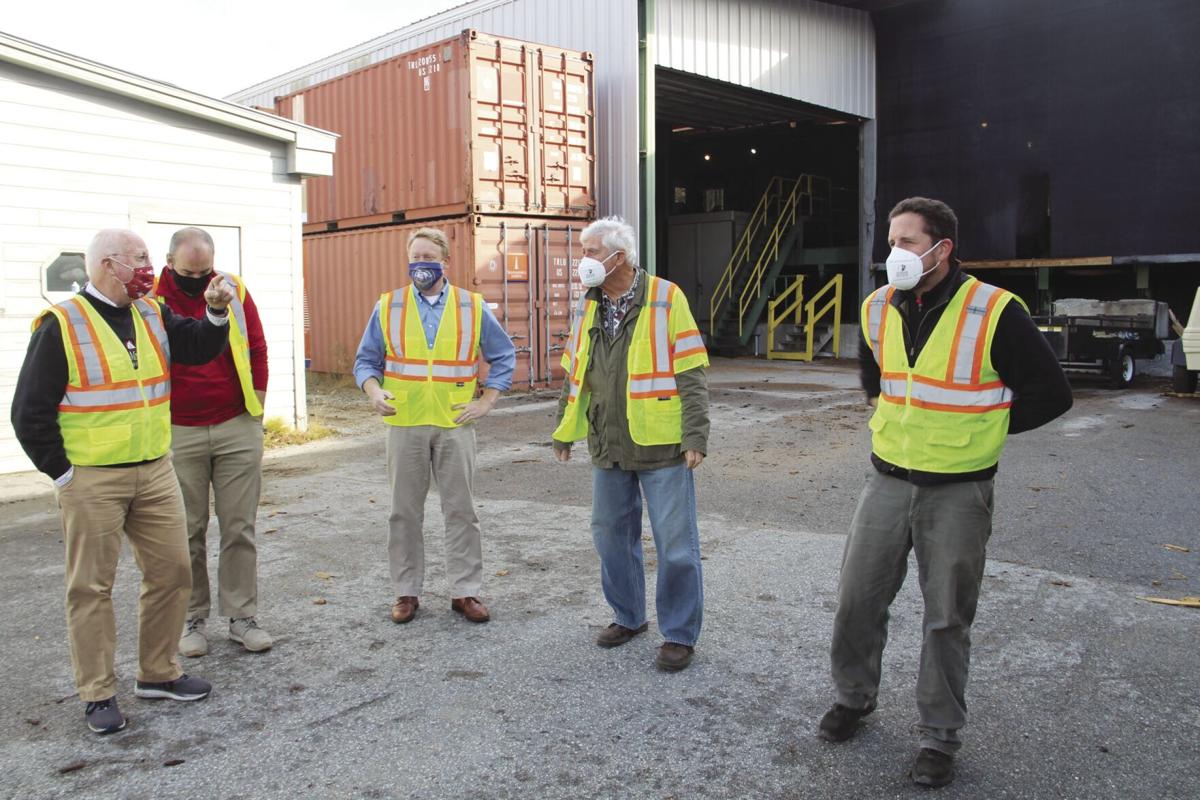 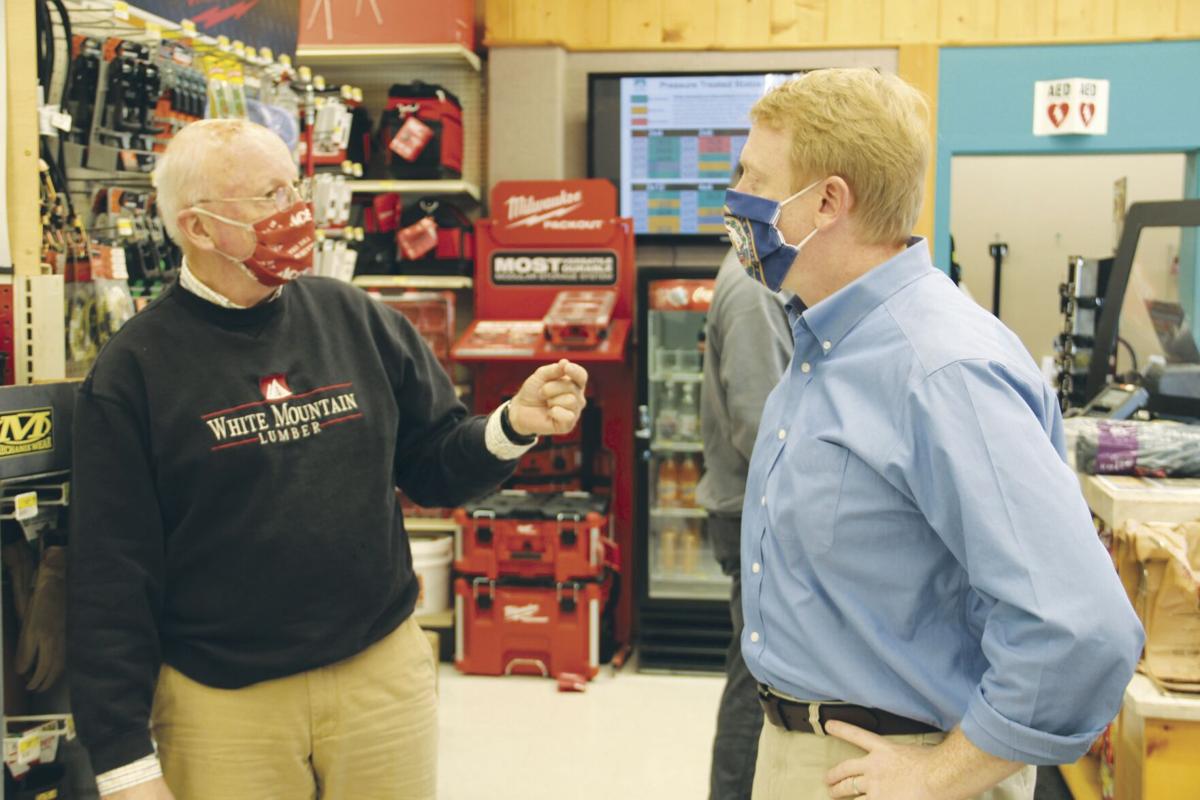 BERLIN — Democratic gubernatorial hopeful Dan Feltes toured a multi-generational family-owned sawmill business in Berlin Thursday morning to kick off a 24-hour tour of workers and small businesses across the state.

Titled “Working 24/7 for Working Families,” Feltes visited all 10 counties to “highlight the around-the-clock contributions of Granite State workers.” To start the tour, he chose White Mountain Lumber and Ace Hardware Store on the East Milan Road where three generations of Kelleys have operated and run a sawmill since 1945.

Feltes said he wanted to stress to local workers what is at stake in this election. He warned that Gov. Chris Sununu is a “self-described” Trump guy and supports much of President Donald Trump’s agenda. He said Sununu opposes raising the minimum wage, opposes paid medical leave insurance and has given special tax treatment to his family businesses.

Feltes explained that he grew up in a working class family and said his father worked in a furniture factory for 45 years and his mother worked part-time jobs while raising four children.

“I was never gifted a ski resort like Chris Sununu,” he said.

Feltes said he spent about 10 years working as an attorney for N.H. Legal Assistance, representing low income families across the state. In his three terms in the state Senate and as Majority Leader since 2018, Feltes said he has delivered real results for working people including prescription drug relief and affordable health care. Those issues, he said are on the ballot and pointed out that Sununu supports Trump’s effort to repeal the Affordable Care Act. While Sununu vetoed a minimum wage increase for the state’s workers, Feltes said the governor accepted a $31,000 pay increase.

“So there is much at stake in this election,” Feltes said.

“Whether you work for tips, punch a clock, receive a salary — work the day shift or the night shift — your job plays a critical part in driving New Hampshire’s economy and helping all of us thrive,” he said.

Co-owners Barry and Mark Kelley gave Feltes a tour of the high tech sawmill, which annually processes eight million board feet of logs and converts them into a variety of products. On the tour were their sons, Eamon and Devin Kelley, who work in the family business and Mark’s wife, Kathleen Kelley.

Feltes stopped to chat with workers as the party made its way through the plant.

In selecting White Mountain Lumber to launch his tour, Feltes chose a business steeped in state political history and a frequent campaign stop for Democrats.

Emmet Kelley, the father of Barry and Mark, founded the business back in 1945 with a partner. Emmet Kelley served as state senator for close to 18 years and wrote and sponsored the legislation that led to the establishment of thoroughbred racing in the state. A Democrat, he made an unsuccessful run for U.S. Senate in 1950. Now his grandson, Eamon Kelley is running for state representative from Berlin and Kathleen Kelley is a candidate for Coos Register of Deeds.

Feltes spent about an hour at White Mountain Lumber before leaving to hit Saco River Medical Group in Conway. His tour wrapped up at 10:30 a.m. Friday, when he cast his absentee ballot at Concord City Hall.