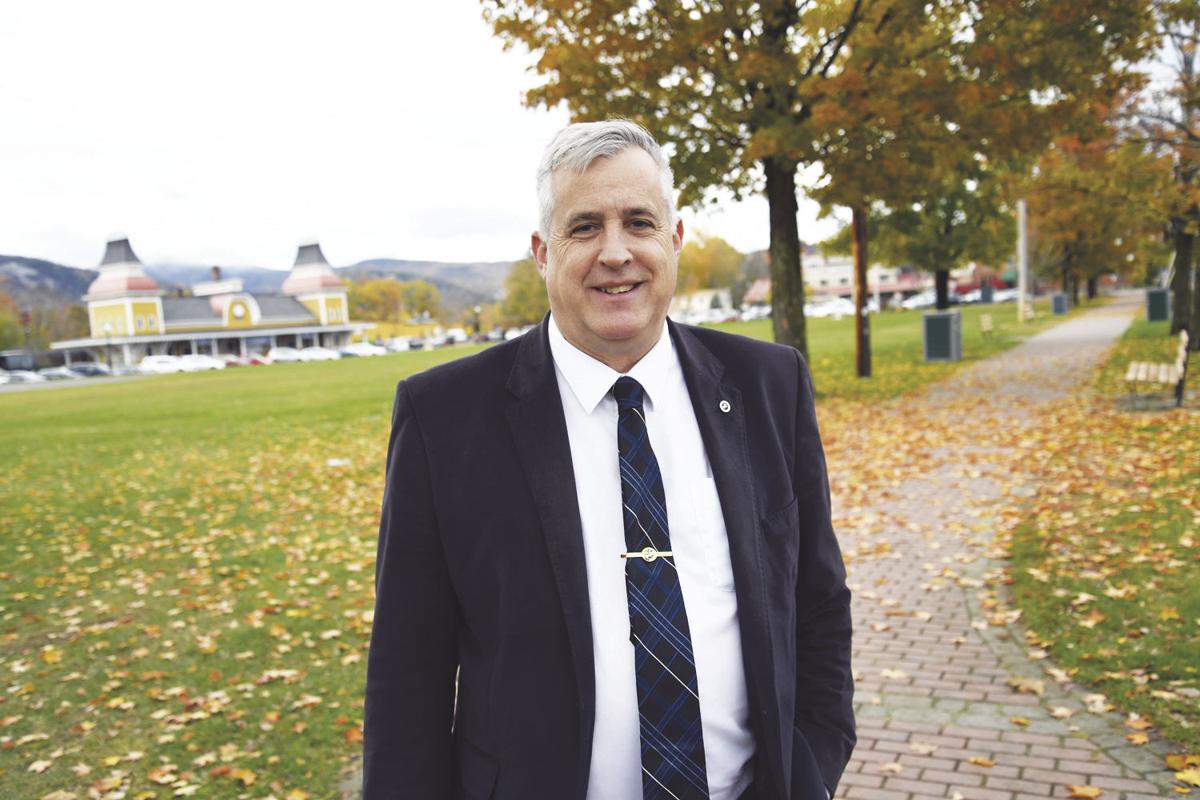 Joe Kenney (R-Wakefield) is looking to return to Concord to serve as the executive councilor for District 1. (JAMIE GEMMITI PHOTO) 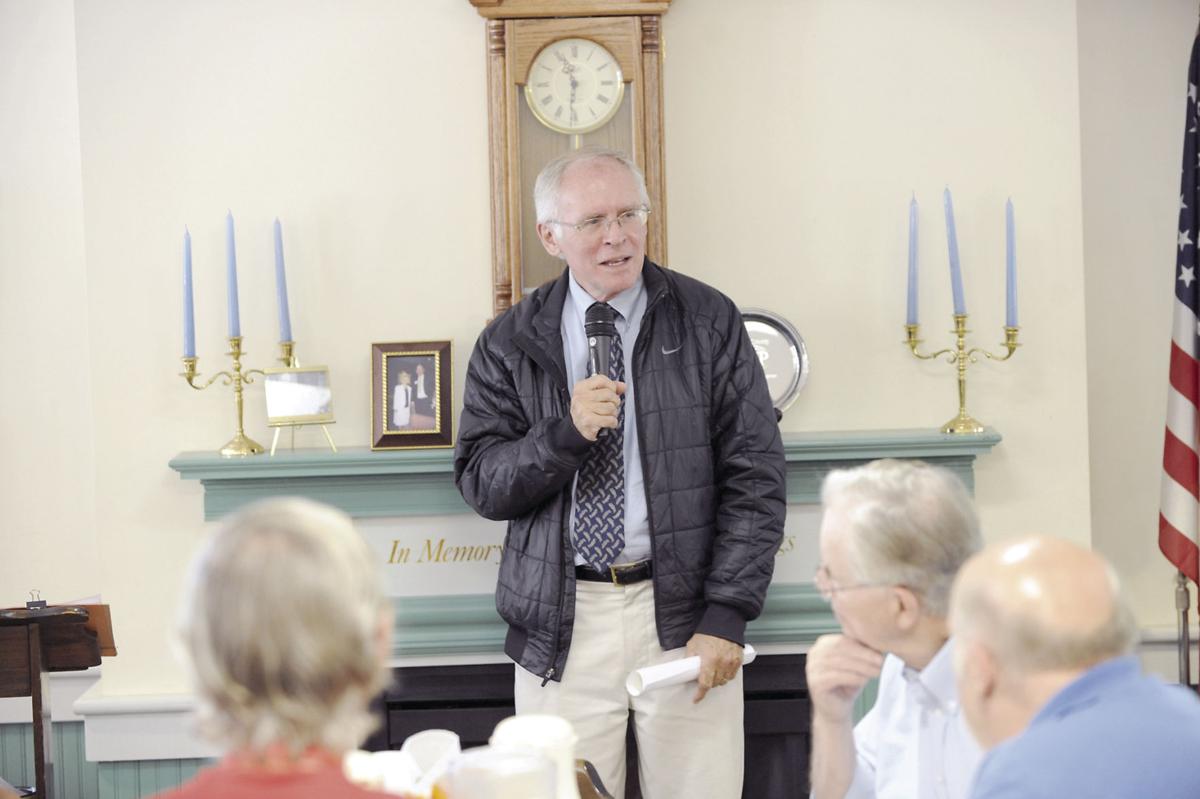 Mike Cryans is seen at the Gibson Center for Senior Services in 2014, when he first ran against Joe Kenney for the District 1 Executive Councilor seat. Kenney beat him three times before Cryans finally prevailed in 2018. (JAMIE GEMMITI PHOTO)

Joe Kenney (R-Wakefield) is looking to return to Concord to serve as the executive councilor for District 1. (JAMIE GEMMITI PHOTO)

Mike Cryans is seen at the Gibson Center for Senior Services in 2014, when he first ran against Joe Kenney for the District 1 Executive Councilor seat. Kenney beat him three times before Cryans finally prevailed in 2018. (JAMIE GEMMITI PHOTO)

The stage could be set for Mike Cryans (D-Hanover) and Joe Kenney (R-Wakefield) to square off a fifth time this fall in a race for the District 1 Executive Council seat. If they do, the script will be flipped from the last time they met. This time around, Cryans is the incumbent, in the second year of a two-year term, and Kenney the challenger.

Before Kenney can take on Cryans, he must first win the Republican primary in September. Kim Strathdee of Lincoln, who bills herself as a voice of the North Country, also is seeking to be the GOP nominee. She and Kenney vied in the 2018 primary, with Kenney garnering close to 80 percent of the vote (14,758-3,875).

However, riding a blue wave that swept all the local Republican delegation members out of office, Cryans defeated then-incumbent Kenney in the general, 58,066-53,956 (50.7 percent to 41.1 percent).

It was the fourth attempt for the now-69-year-old Cryans in trying to best Kenney, now 59. In a previous matchup in early 2014, Cryans and Kenney went toe-to-toe in a special election to fill the seat of the late Ray Burton, who had held the seat from 1981-2013 and had a first term in the late 1970s. Kenney won.

In November of that year, Kenney again beat Cryans in a close regular election.

In 2018, during the “blue wave,” “I got killed in the college towns and New London,” Kenney told the Sun recently.

“I heard from a lot of people who thought I was a shoo-in, and they said if they had known it was going to be close, they would have campaigned harder,” he said.

He added: “I still have a little bit of gas in the engine and want to do my part to help people. My whole campaign is people over politics. It doesn’t matter what party you are in — if you have a problem, Joe Kenney has a problem, and I want to help find a solution.”

District 1 consists of 108 towns and four cities ranging from Claremont to Pittsburg to Milton, and the seat represents 265,000 people.

The council’s primary functions are voting on state contracts, confirming membership on state boards and commissions, and confirming judicial nominees.

For his part, Cryans said: “I’m excited abou running again. This could be race No. 5 for us. ... Whoever wins (the Republican) Primary, I’ll run against and I’m sure it will be a good race.”

Cryans and his fellow executive councilors Andru Volinsky (D-District 2), Russell E. Prescott (R-District 3), Ted Gastas (R-District 4) and Debora Pignatelli (D-District 5) have been meeting weekly by telephone since mid-March due to the COVID-19 pandemic.

“The irony of it is, I save an hour each way in not having to drive to Concord, but the meetings are actually longer because we lose a couple of hours because everything has to be by roll call vote,” Cryans said. “When you have hundreds of votes, those roll calls eat up a lot of time.”

Cryans enjoys the daily surprises a councilor must deal with.

“You never know who is going to be on the other end of the phone,” he said. “For me, the most rewarding part has been trying to help people during this pandemic. A lot of people are dealing with unemployment and not sure where to turn.

“It’s nice to be able to help, even if it’s in a small way, but when you get that follow-up phone call, and they say, ‘The check came today, thank you,’ that feels good.”

He added: “Growing up in Littleton, I never thought a guy like me could one day serve the state like this. I’m hoping for another blue wave and I get a chance to continue to do this.

“I have the same commitment as when I started — once I’m here, everyone gets help, there is no favoritism. It doesn’t matter if you’re a Republican, Democrat or independent, I want to help you.”

Kenney’s résumé includes a career in the Marine Corps and Marine Reserves that ran from 1980-2017 after 37 years of active duty.

When he went into politics, he served 14 years in the New Hampshire Legislature from 1994-2008, serving both in the House and Senate.

Since being out of office, Kenney said he’s kept busy over the past 18 months. He climbed 24 of the state’s 4,000-foot mountains last year.

He worked eight months as a ride-share driver, as well as worked for the non-profit the Greater Wakefield Resource Center.

He added that “I’m still doing a lot of constituent service. People call me up, and say, ‘Councilor Kenney, we need your help.’ That’s who I am, I want to help if I can.”

Both Cryans and Kenney admit that campaigning will be different this summer due to the coronavirus. There will be no parades to march in or fairs to visit.

“For me, it’s all about grassroots campaigning and doing it respectfully,” Kenney said. “I think we can still meet in smaller groups. I intend to fix up my sports car, put the top down and appear in as many driveways as I can and have as many conversations as I can with people.”

“I’m going to try to see as many people as I can,” Cryans said. “This is about community service and I’d be honored to serve again.”

The New Hampshire Primary is set for Sept. 8, while the general election is Nov. 3.