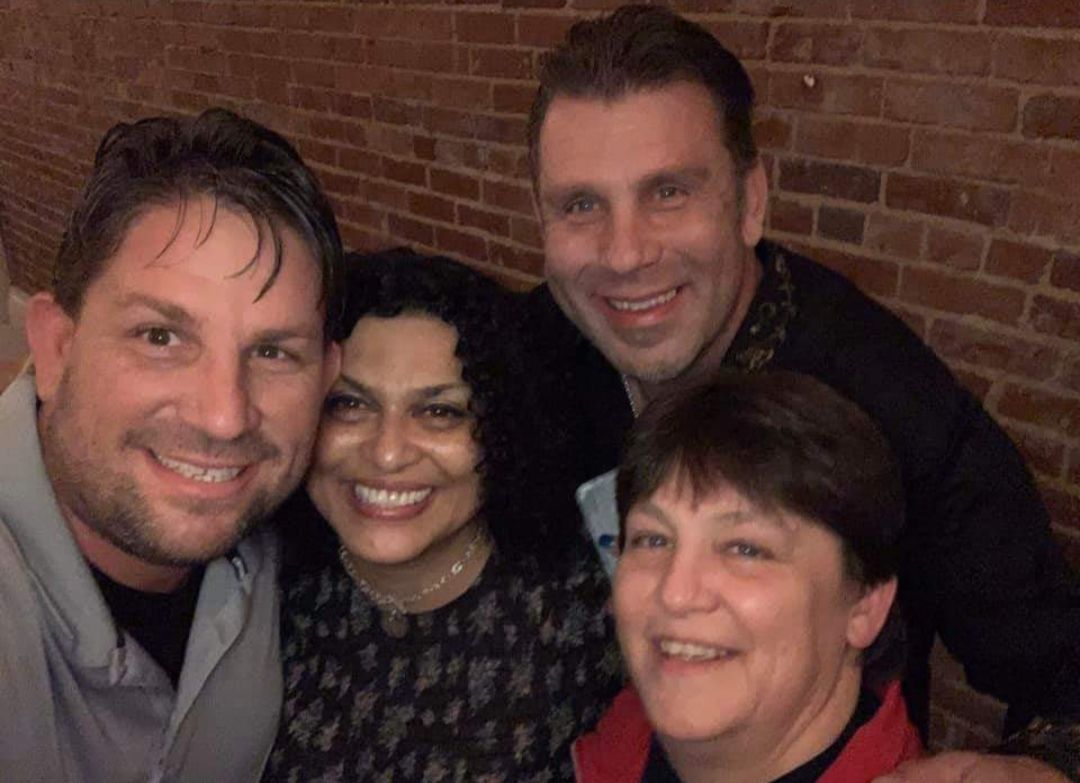 An Errol woman's search for her birth mother has lead to her discovering three siblings. From left, Michael Tankersley, Ella Logan, Sheryl Williams and Jeff Tankersley. Logan succeeded in getting her birth records unsealed. (COURTESY PHOTO) 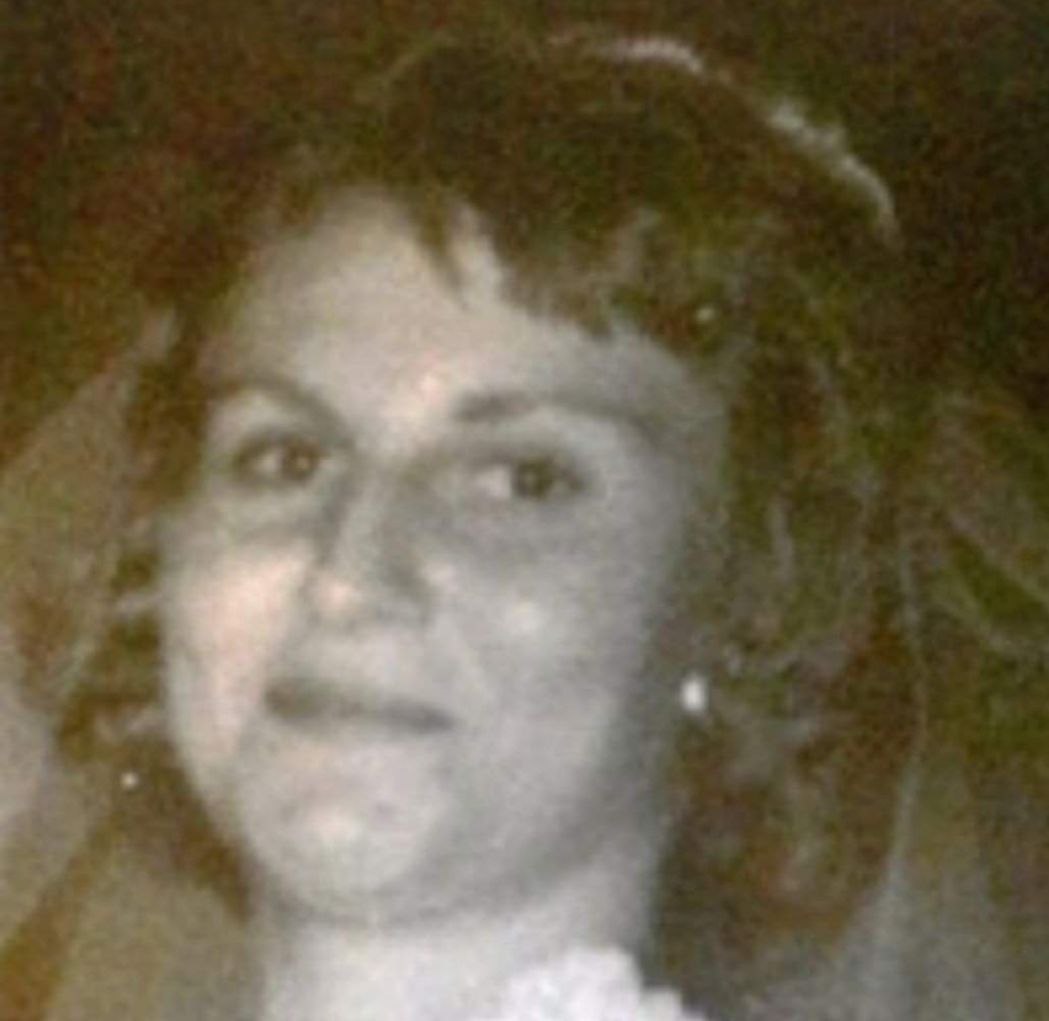 Ella Logan knew she was adopted but wondered if she had siblings. After a legal battle to gain access to her birth records, the Errol woman was able to identify her mother as the late Cora Tankersley of Kingsport, Tenn. Since then, her siblings have traveled to Errol and Logan has gone to Tennessee. (COURTESY PHOTO)

An Errol woman's search for her birth mother has lead to her discovering three siblings. From left, Michael Tankersley, Ella Logan, Sheryl Williams and Jeff Tankersley. Logan succeeded in getting her birth records unsealed. (COURTESY PHOTO)

Ella Logan knew she was adopted but wondered if she had siblings. After a legal battle to gain access to her birth records, the Errol woman was able to identify her mother as the late Cora Tankersley of Kingsport, Tenn. Since then, her siblings have traveled to Errol and Logan has gone to Tennessee. (COURTESY PHOTO)

ERROL — Growing up in Tennessee, Ella Logan knew she was adopted and said she wasn’t bothered by that fact. Raised as an only child, she said the big question for her was whether she had siblings.

It wasn't until after the death of both her adoptive parents that she decided to try and find out if she had other family members. By that time, she was living in Errol, where she serves as town clerk and librarian.

This fall, three years after she began the search, she met her two half-brothers and half-sister. Her brothers came to Errol in October, and last month, Logan traveled to Kingsport, Tenn., and all four were together for the first time.

It has been a joyous reunion for all four siblings and they continue to communicate regularly via social media.

“It was so worth it,” Logan said. “I feel complete now. There is a void that’s gone,” she said.

Logan said her adoptive parents were good parents and open about the fact she was adopted. Her mother died when she was in ninth grade and her father, whom she described as her best friend, raised her alone from that point.

She graduated in 1985, from Dobyns-Bennett High School and left the area, working as a model for nine years before ending up on the West Coast. She worked as a legal assistant while devoting her spare time to animal rescue work.

One day, she received a call to pick up a pregnant dog. Her plan was to find a home for the dog and 10 puppies, but Logan got attached. When the time came, she couldn’t give the dogs away but also couldn’t keep them all in her condo.

An animal rescue friend in Errol had a vacant camp and offered her use of it. She mapped out a route, stopping at rest areas that allowed dogs, and three and a half weeks later arrived in Errol. She planned to stay a few months but she grew to love the small community and 12 years later remains here. She has continued her animal rescue work.

Four years ago, she returned to Kingsport to care for her dying father under home hospice.

Realizing when he died, she would have no one else to ask about her past, she asked her father what he knew about her birth mother.

He said he wished he had more but all he could offer was he had heard she lived in the nearby town of Bristol.

Sometime after, a friend suggested Logan contact the Tennessee Department of Children Services and asked to have her adoption record unsealed. Deciding it would be nice to know some of her medical history, she filed a formal request to unseal them. Her request was denied because permission of the birth mother was required and the agency said her birth mother had died in 2014. She was told she could appeal the denial.

The Department of Children Services did agree to send her a redacted copy of the file with the names of her parents covered. From the redacted version, she was able to determine that she had an older sibling.

More determined now than ever, Logan decided to hire a lawyer to handle the appeal. Using Facebook, she asked for suggestions and was steered to a Nashville attorney who specialized in adoption issues. Her friends helped come up with the retainer.

Nine months later, on Oct. 25, 2018, Logan was at a town clerk conference in Concord when she received a message from her attorney, “We Won.”

On the telephone, while her attorney scanned in the adoption record to email to her, Logan learned the name of her mother. She quickly searched on-line and found her mother’s obituary and said she immediately noticed a resemblance. She also was excited to discover she had two brothers and a sister.

Logan first checked her siblings on Facebook, discovering she and her two brothers, Michael and Jeffrey Tankersley had gone to the same high school and had about 100 friends in common.

She first sent a message to her older brother Jeff. When a few minutes went by and he didn’t answer, she messaged her younger brother Michael. She said she asked if their mother’s name was Cora Lee Durham Williams.

Logan said her brother Michael wrote back immediately to confirm that was his mother’s name.

“I think I know who you are and we’ve been looking for you since 1998,” was his response.

Her brothers explained their mother had a daughter by a first marriage, Sheryl Williams, raised in Indiana by her father. She later married Truman Tankersley and the two were married 47 years until Cora Tankersley died.

From Williams, Jeff and Michael Tankersley learned there was another sister that had been given up for adoption. But the search was complicated by the fact Logan’s mother had given her the name Cynthia Michelle. But when they adopted her, the Logans had changed her name to Ella Louise.

On a conference call with her newly discovered siblings, Logan also spoke to the man she now calls her stepdad, Truman Tankersley. She admitted she wasn’t sure what to say when he got on the line.

“It’s a girl,” she recalled she said as a way to break the ice.

After conversing back and forth for most of a year via phone and social media, her two brothers and their wives along with Truman Tankersley flew to Boston and drove north to Errol to meet their sister in person.

“I was a nervous wreck,” Logan admitted, as she waited for them to arrive.

She rented a house big enough to allow all of them to stay together and they spent the visit getting acquainted and catching up.

Logan said she learned her family and the Tankersleys lived 15 minutes apart during her childhood. Her older brother Jeff was a year behind her in high school and remembered that she performed as the school mascot.

“I get angry and sad at the same time — all those years wasted,” Logan said.

About a month after the visit, Logan traveled to Tennessee to reciprocate. Only this time her sister, Sheryl Williams, joined the reunion and all four siblings were together for the first time.

Logan said she was given a picture of her mother holding her as a baby that has become one of her prized possessions. She said she is not angry at her mother for giving her up, although she wishes she could have met her mother.

“I know it’s hard to give up a child. There has to have been a good reason,” said Logan, who has an adult son.

She has learned her mother wanted to look for her but was afraid she had turned out bad or wouldn’t want to see her. She has no information on her biological father.

Logan said she understood the risk involved in undertaking such a search. There was no guarantee that she would succeed in finding her birth mother despite investing time and money in the effort. And if she did succeed, there was also no guarantee that her biological family would welcome her.

But after finding and meeting two brothers, a sister, stepfather, nieces and nephews, Logan said the undertaking was worth it and the results “life changing.”

“I realize I’m lucky and that not every story will end this way,” she said.